With over 500 miles of existing off-street paths and on-street designated lanes, and over 300 planned miles of future paths, Lake County was in need of a wayfinding logic and sign design that could be installed and expanded upon in the future. Because Lake County maintains its own sign shop, their goal was to have a system with guidelines and templates for sign designs that they could maintain internally.

Throughout the project, it was important to work with the community and gain feedback from the public. We hosted multiple community engagement events, including a live stream on Facebook that the public could ask questions through and participate in the conversation virtually. The in-person stakeholder open house also had tablets with a survey available or QR codes and links were made accessible for people to scan and complete the survey later. One important development was the recognition of how many users of the path were not cyclists. The path was initially presented as a bike-friendly path and on-street designated lanes, but after community engagement, it was determined that the path served a wide variety of users. The path brand was developed as Explore Lake County with a logo that highlights the accessibility of the system.

By managing the fabrication and installation of the signs internally, the Lake County team was able to implement a two-mile section of the trail with test signage. These signs were installed on a busy section of the North Shore Path and included information about the wayfinding program, and where they could give feedback on the sign design and content. As a result of observing the test route signs in the trail environment and feedback received, the final design was slightly modified to improve visibility. 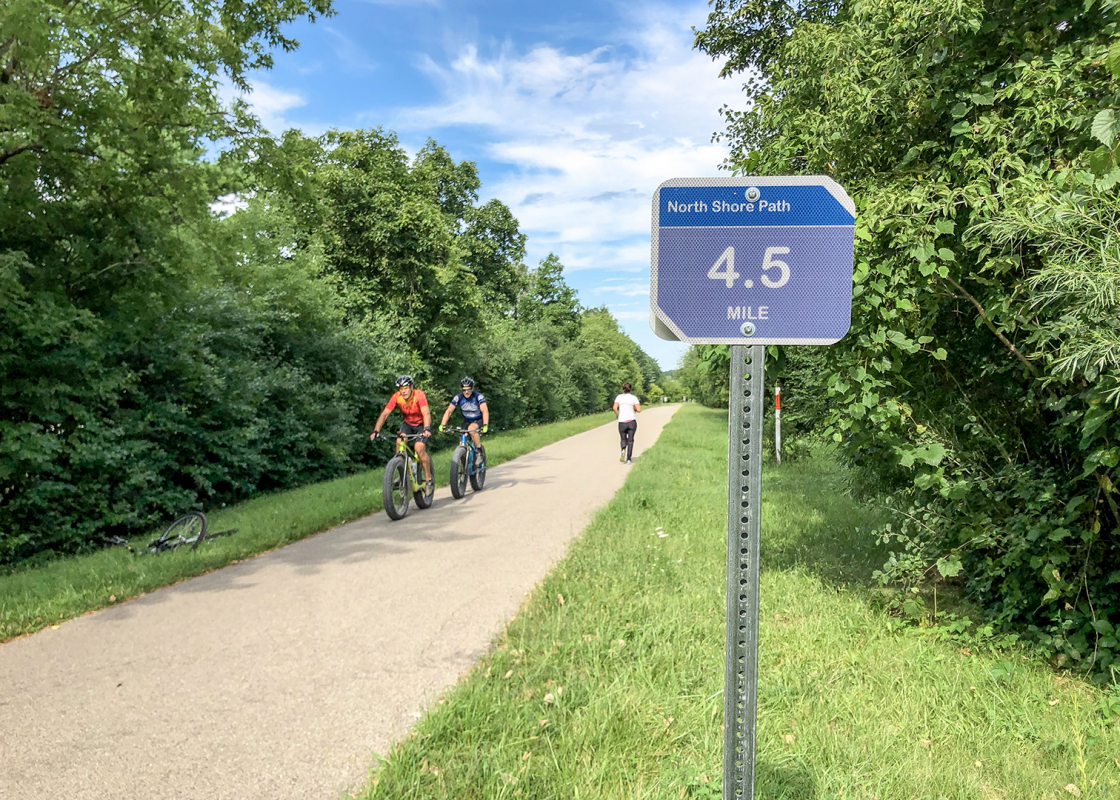 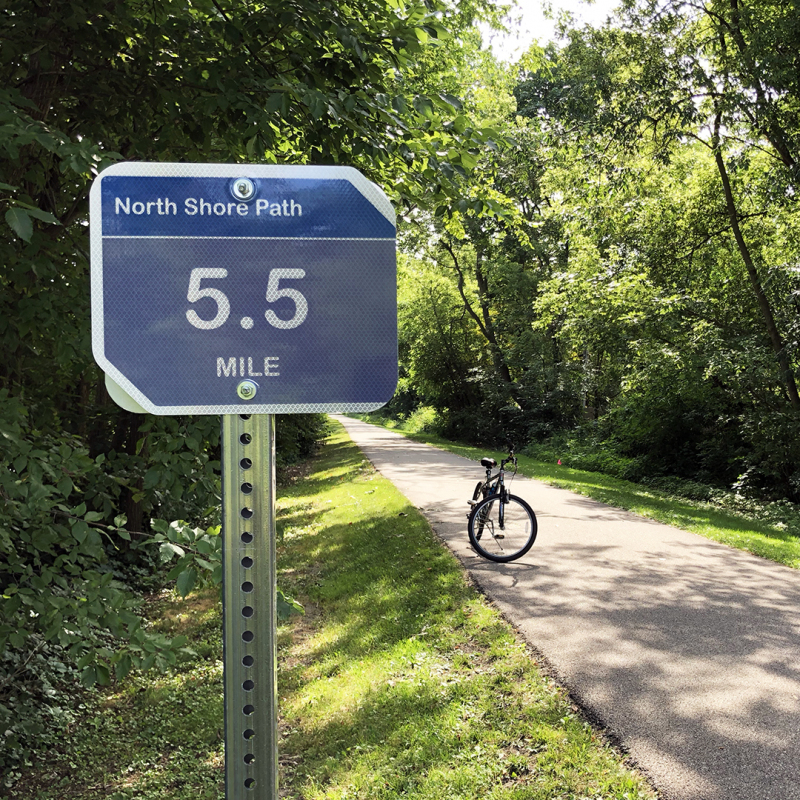 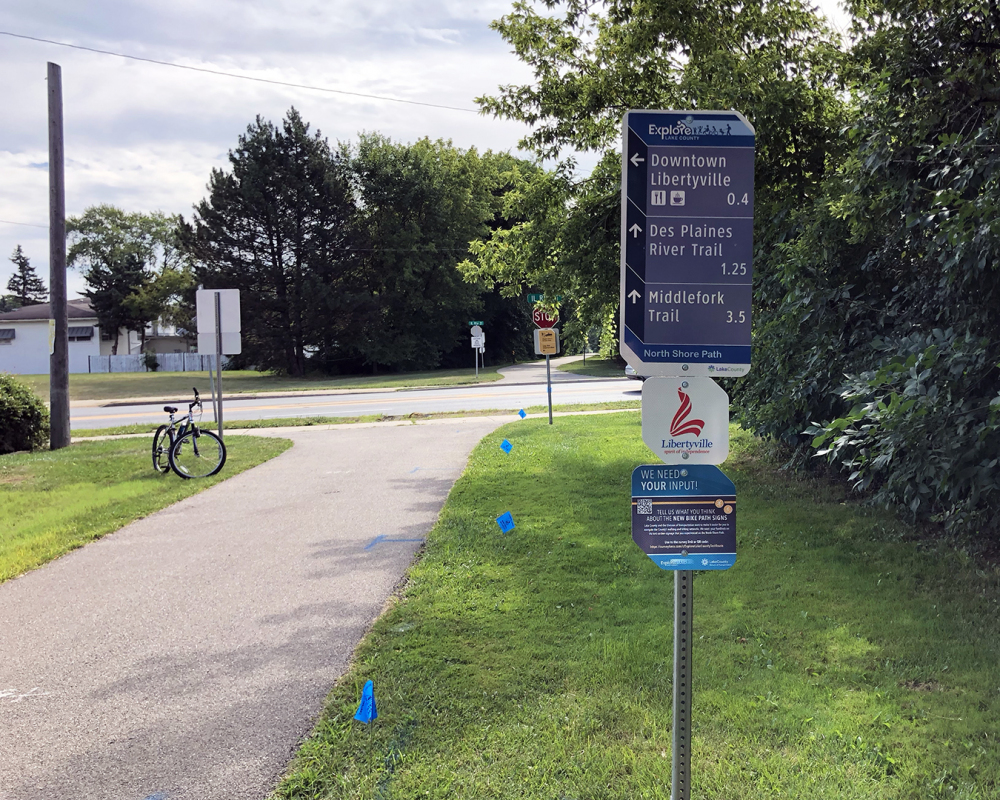 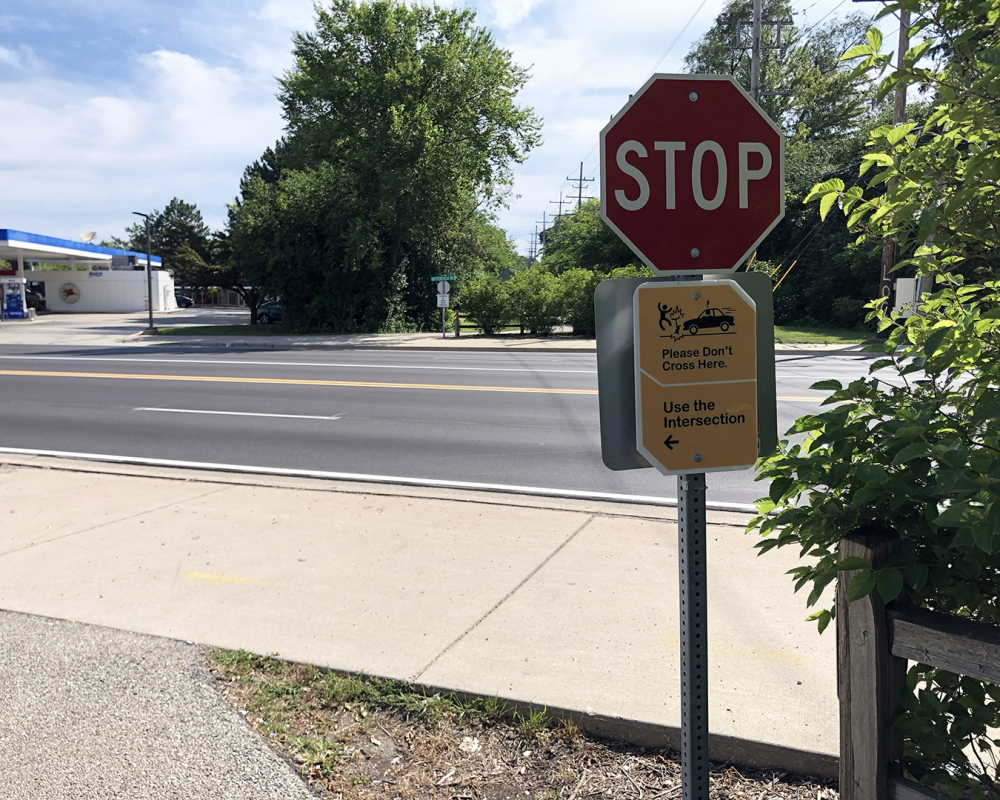 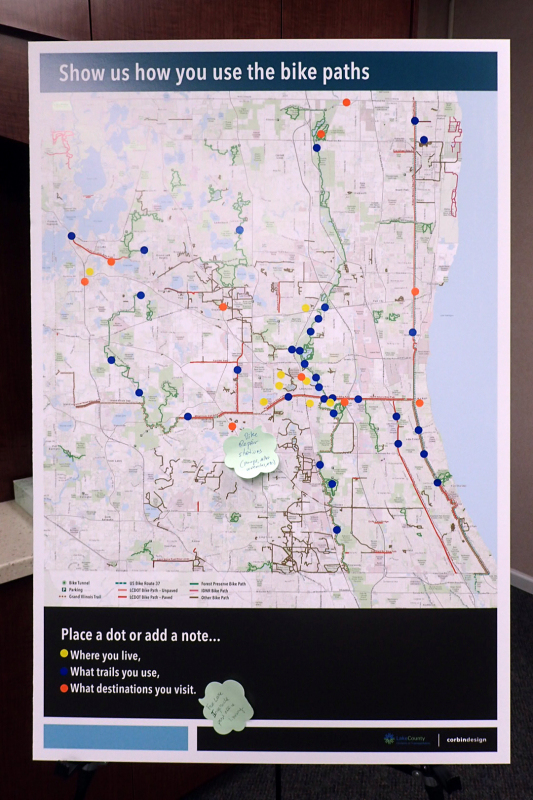 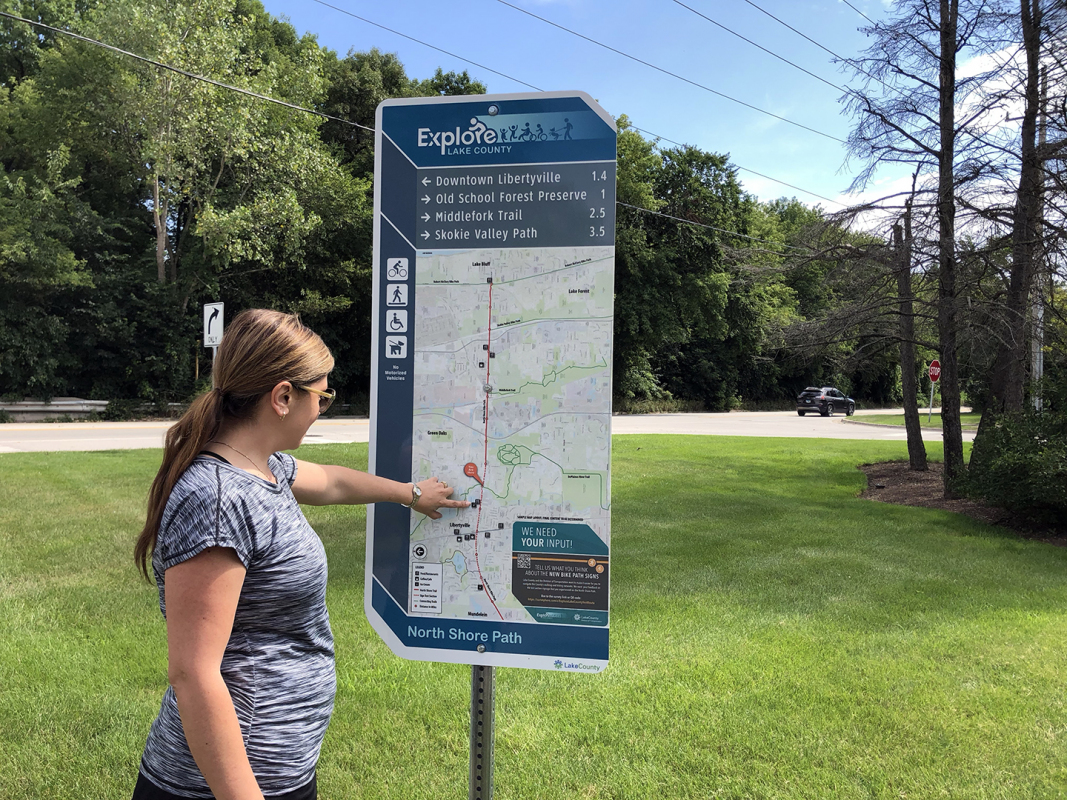