Built in 1960, the COBO Center is one of the largest convention centers in the nation. In 2010, the Detroit Regional Convention Facility Authority (DRCFA) embarked on a $300 million upgrade to this sprawling riverfront facility.

Home to the North American International Auto Show, COBO was notorious in the past for confusing visitors. They were unfamiliar with the facility or limited in terms of language or mobility. The DRCFA was determined to change this fact.

Working with Atlanta-based architect tvsdesign, we developed a simplified system of wayfinding language and graphics to help visitors orient themselves to the building. Exhibit spaces are now lettered sequentially, and meeting room numbers are simplified to indicate only building level and room number. Public elevators, entrances, parking, and transit are also featured so that visitors can easily find their way back to a car, bus, taxi, train, or hotel.

The information is designed to quietly direct to the primary spaces and amenities in the building, largely above the activity that happens in the space. Colors and typography were selected for contrast, visibility, and to mesh with the context of the environment and materials in the architecture. Visitors with limited English proficiency can easily navigate using international symbols and consistent English language cues; maps at decision points help people orient themselves to their location within the building, including all amenities.

Whether COBO hosts an international conference or small gathering, the wayfinding system is designed to work seamlessly in the background, supporting the visitor experience. 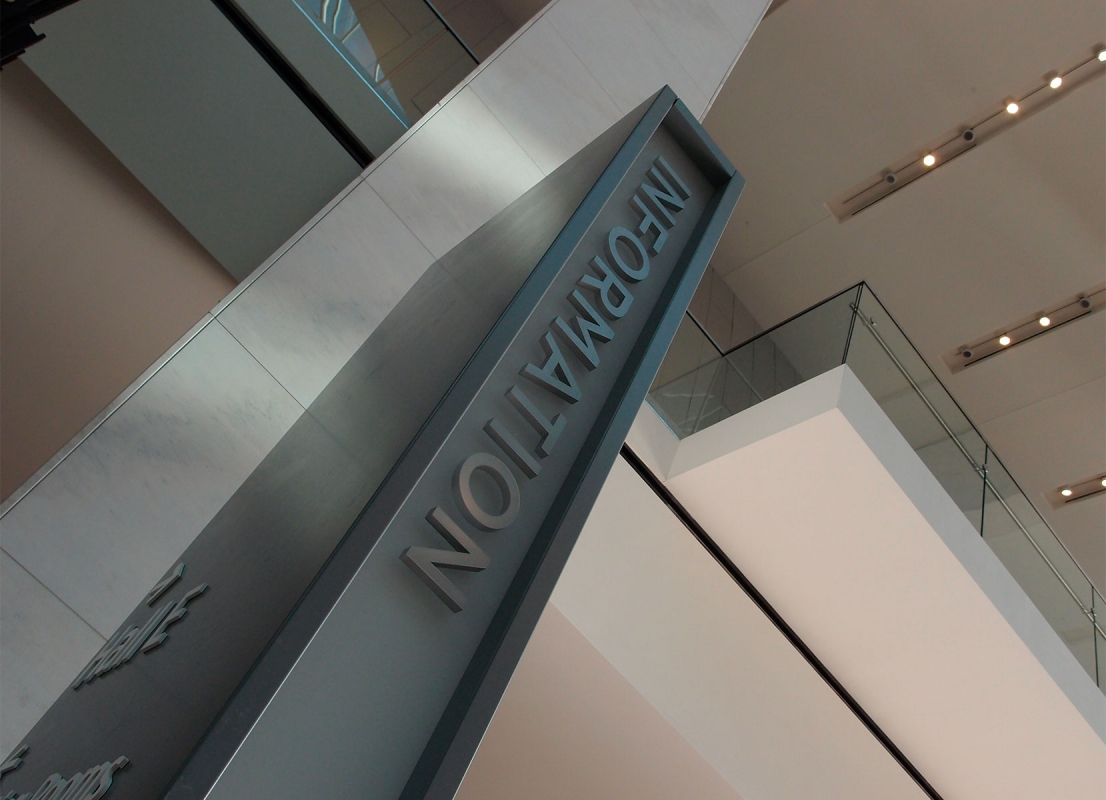 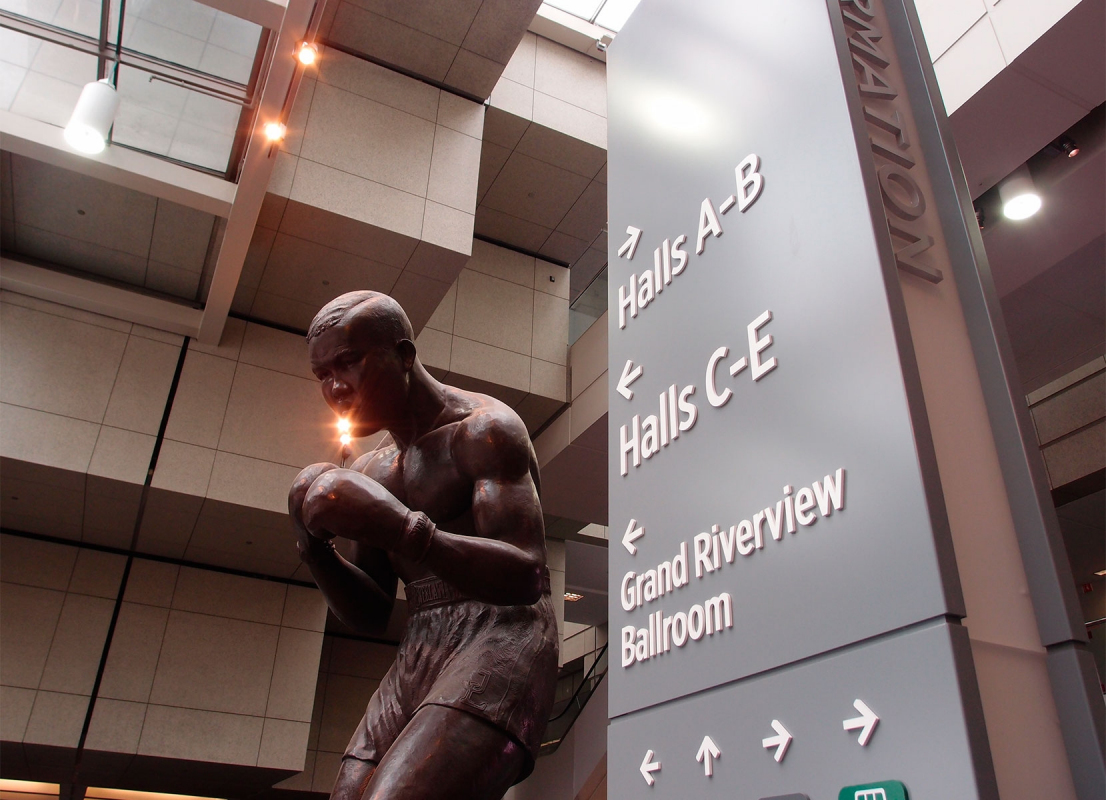 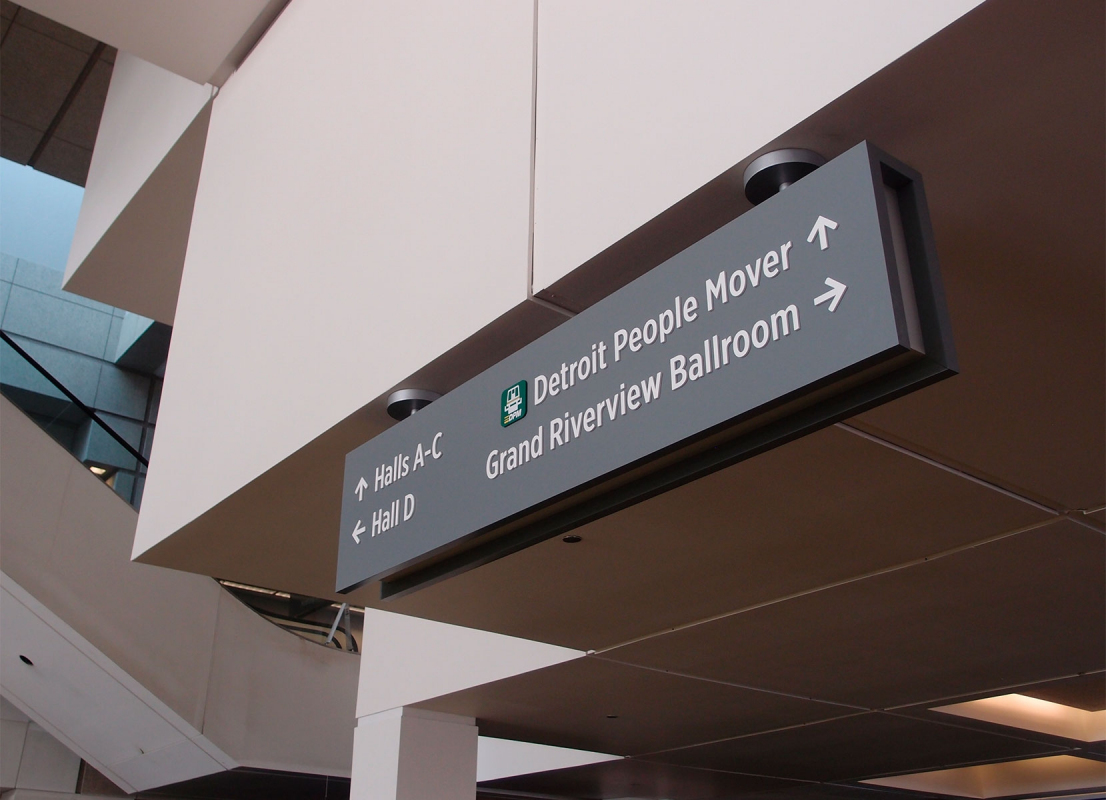 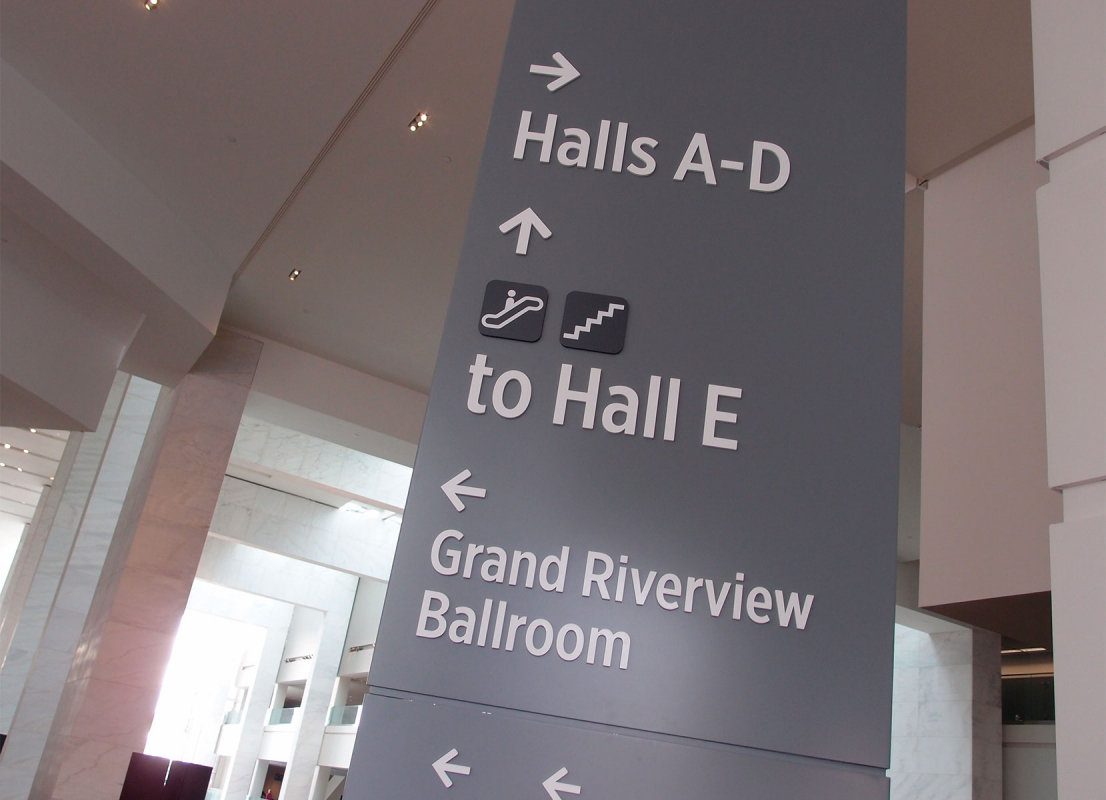 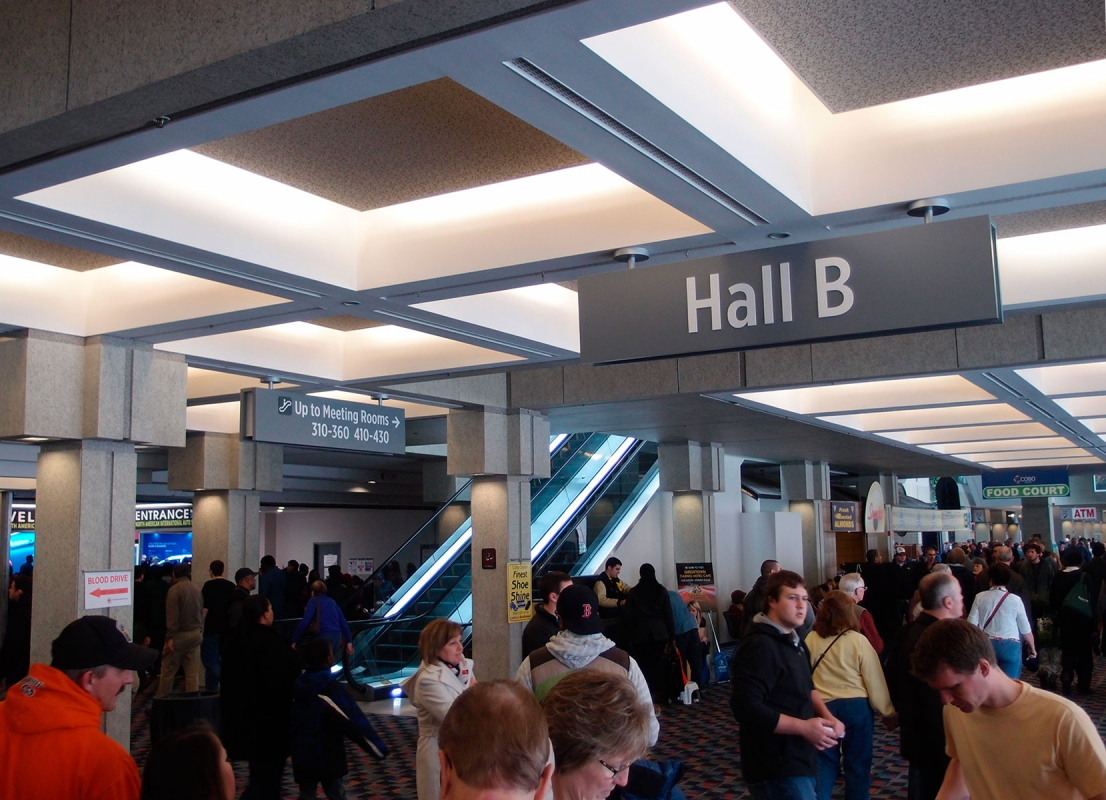 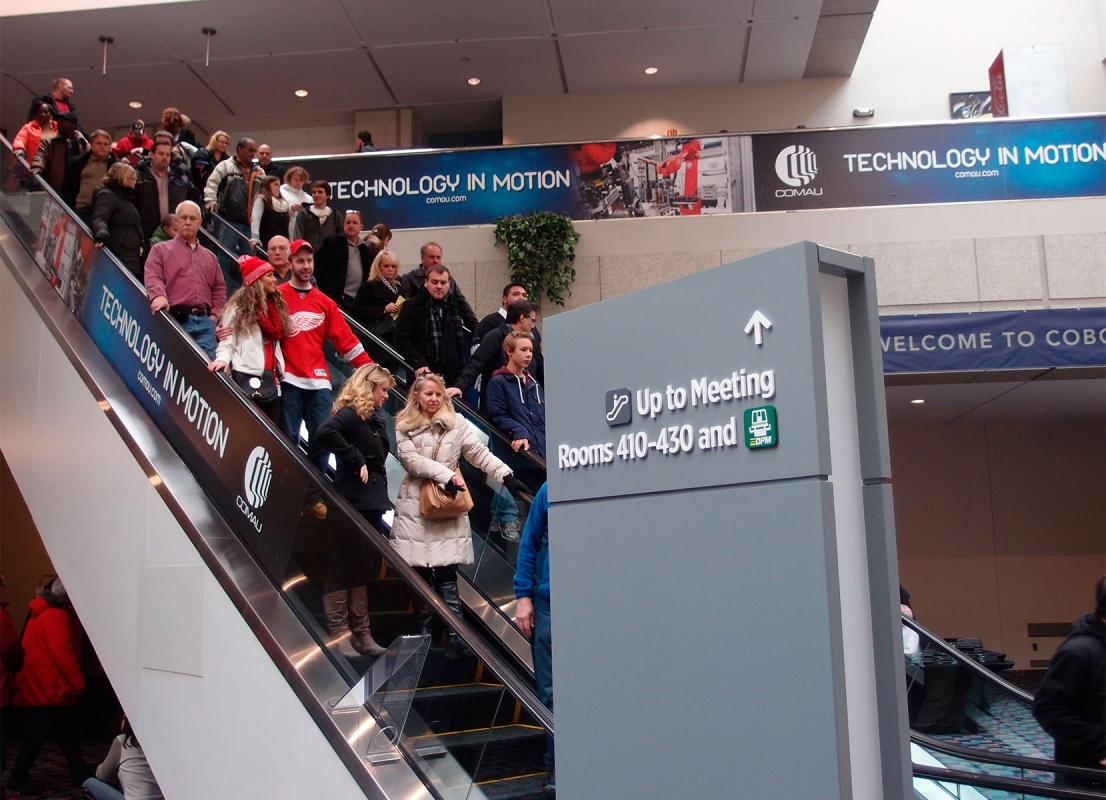 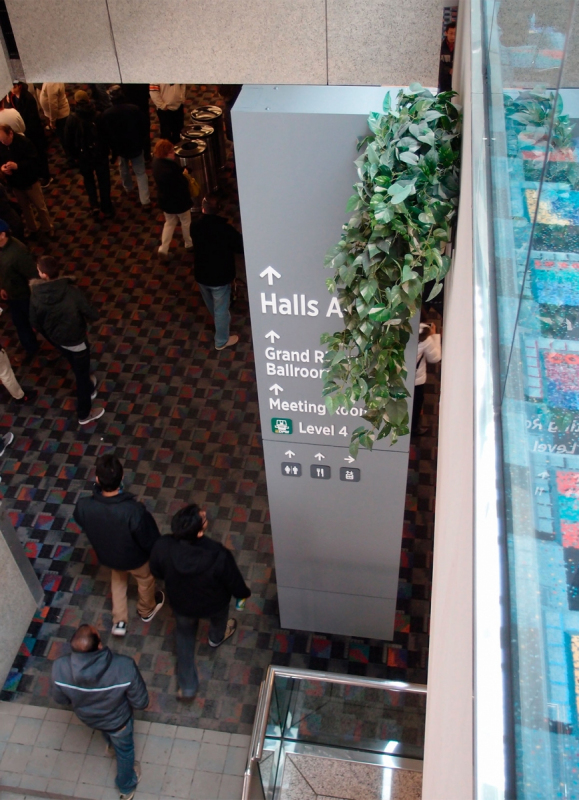 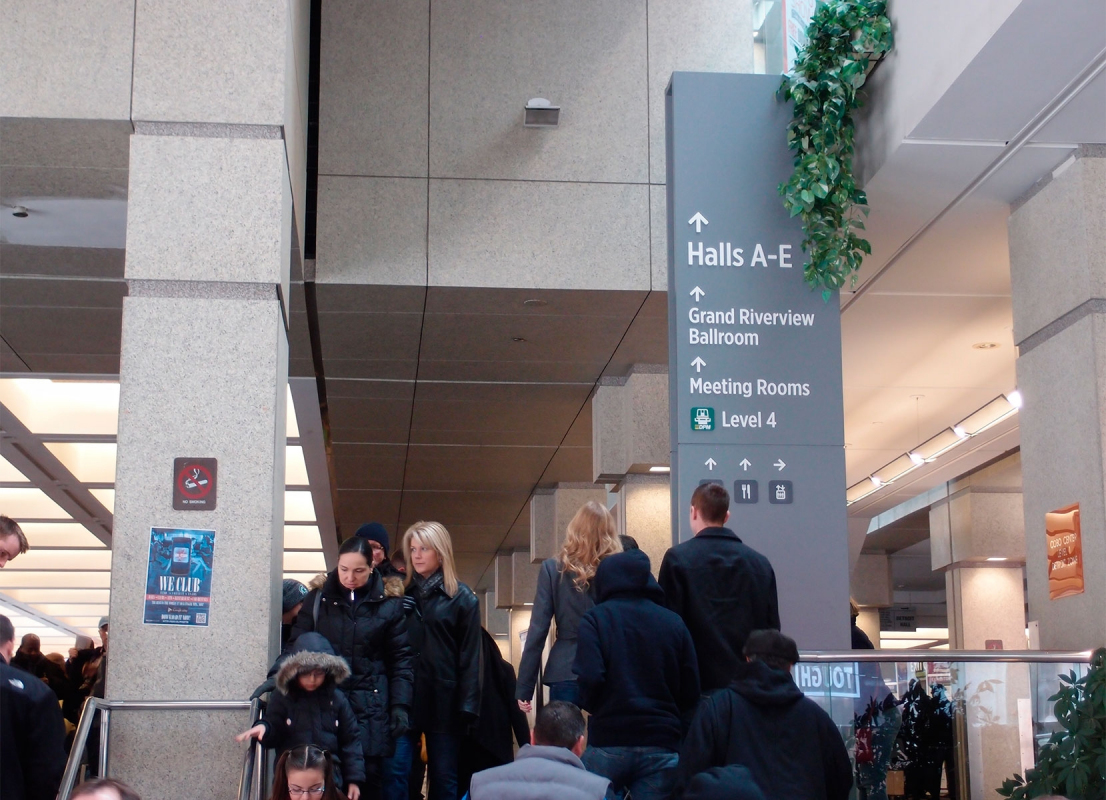 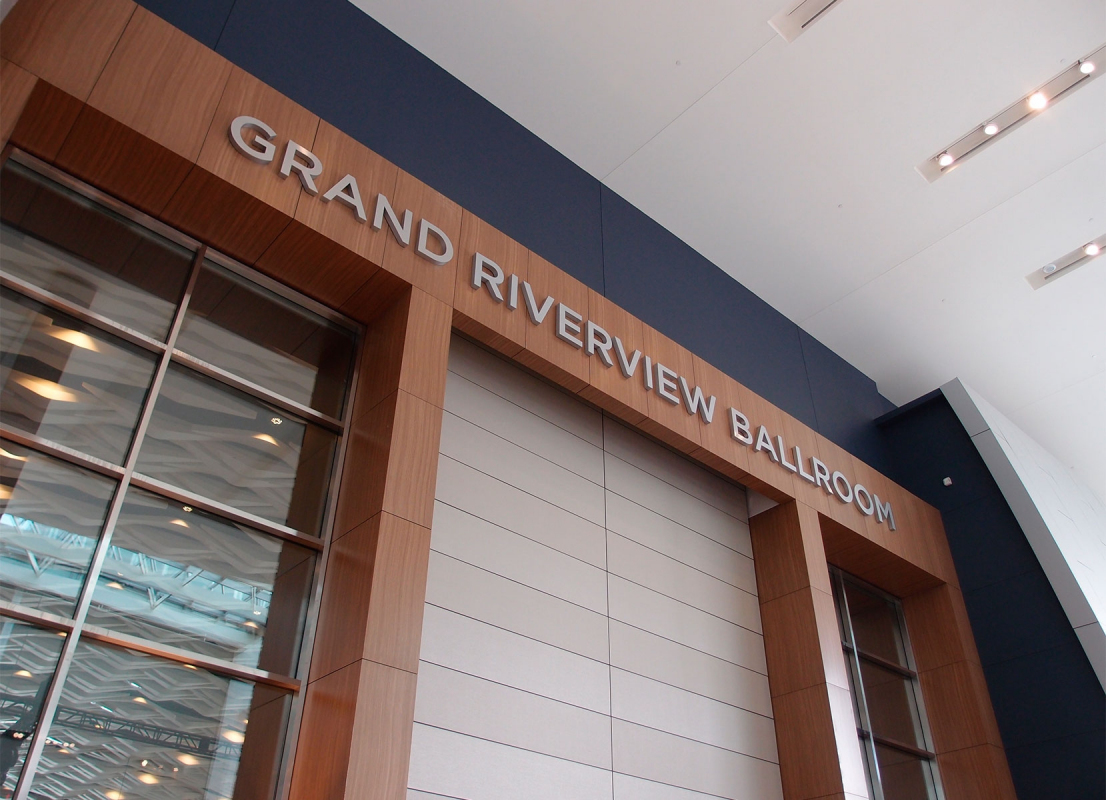 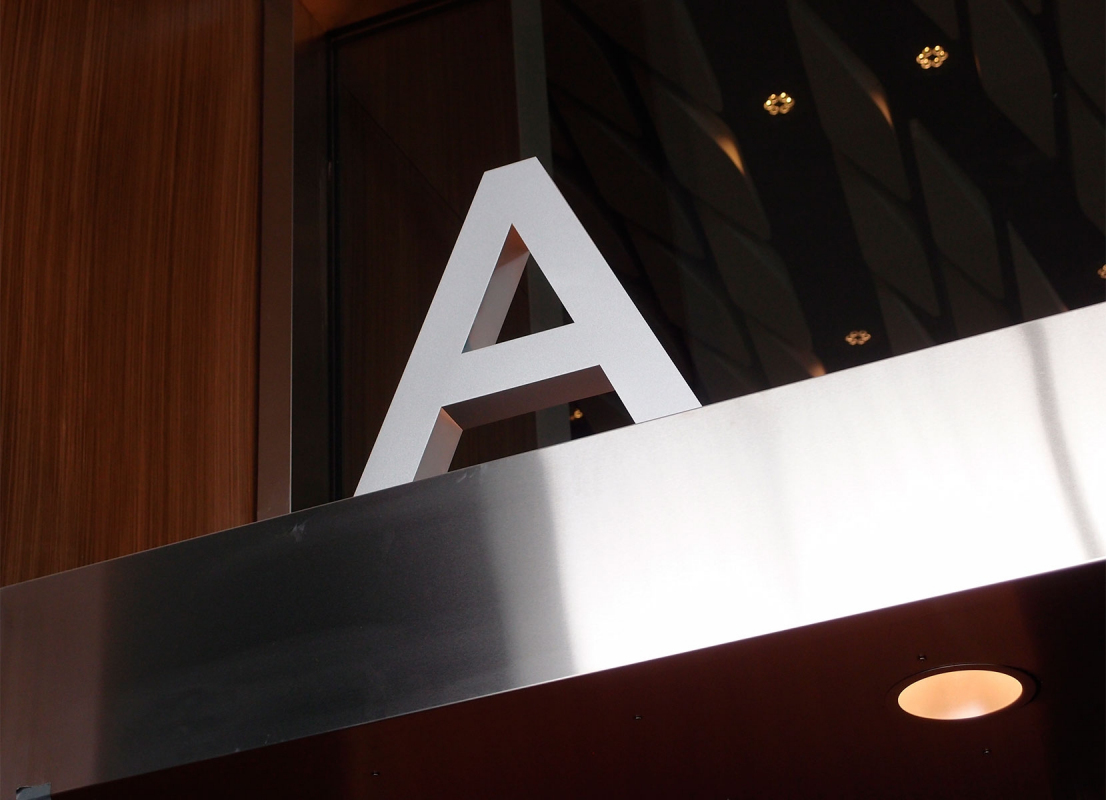 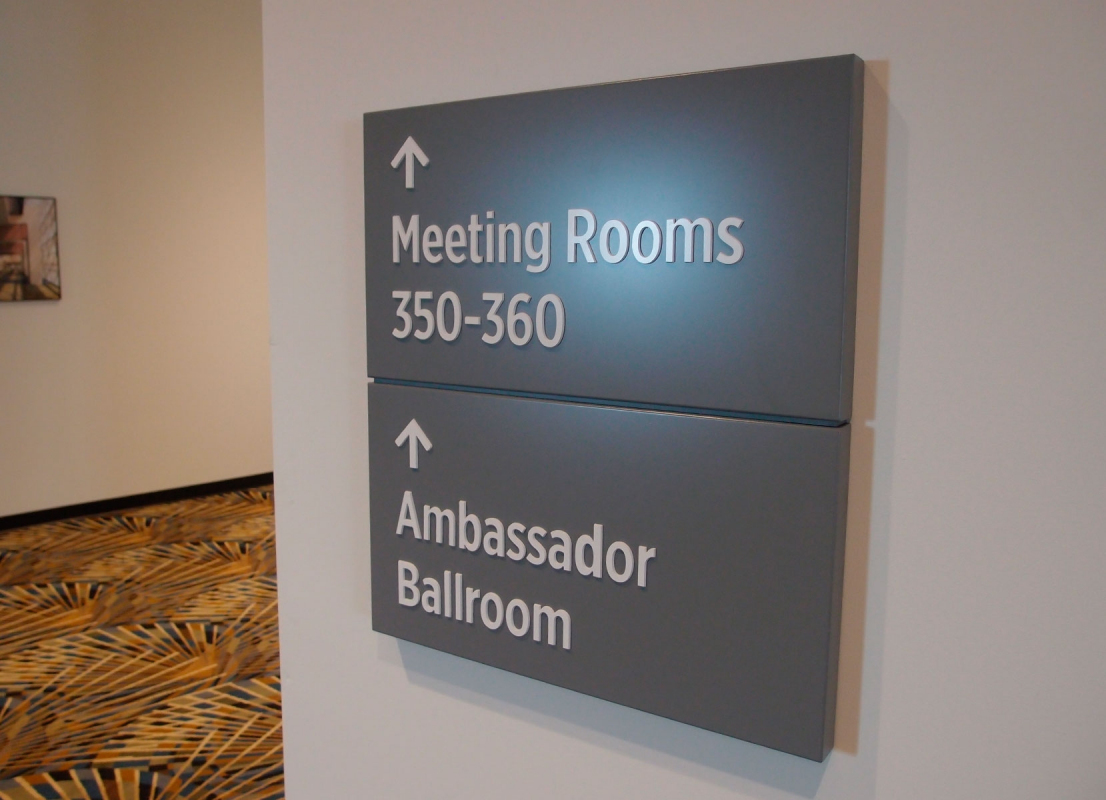 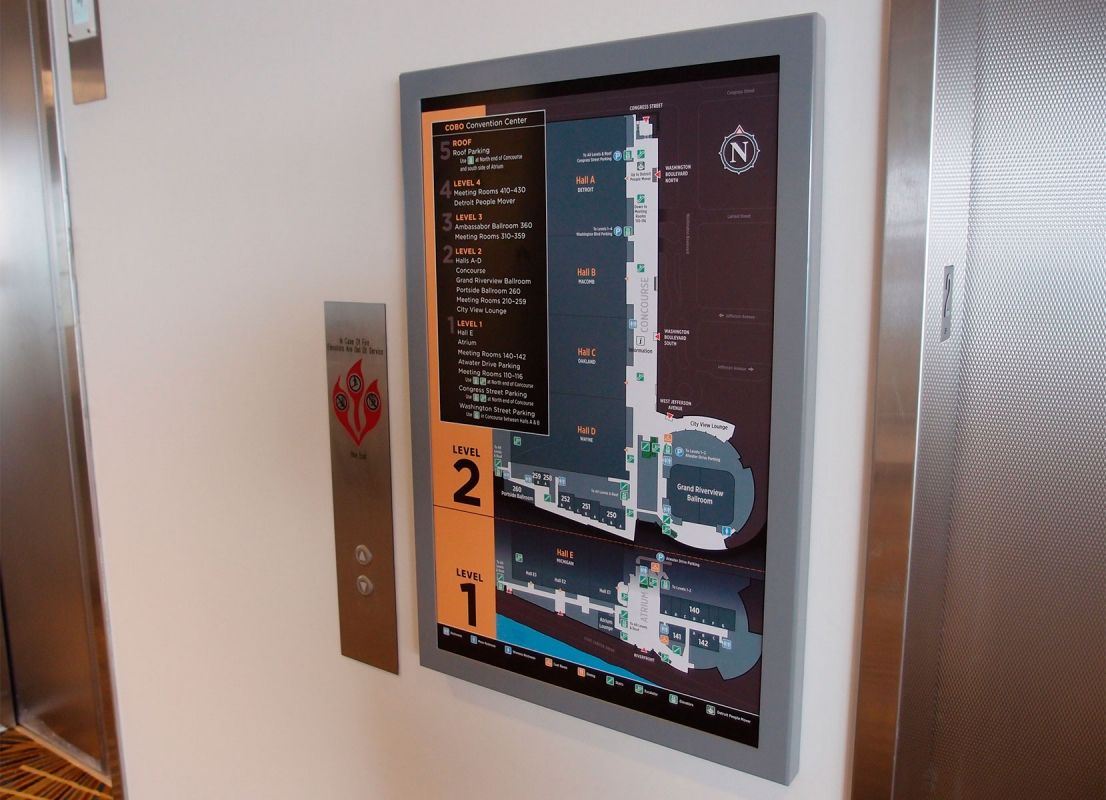 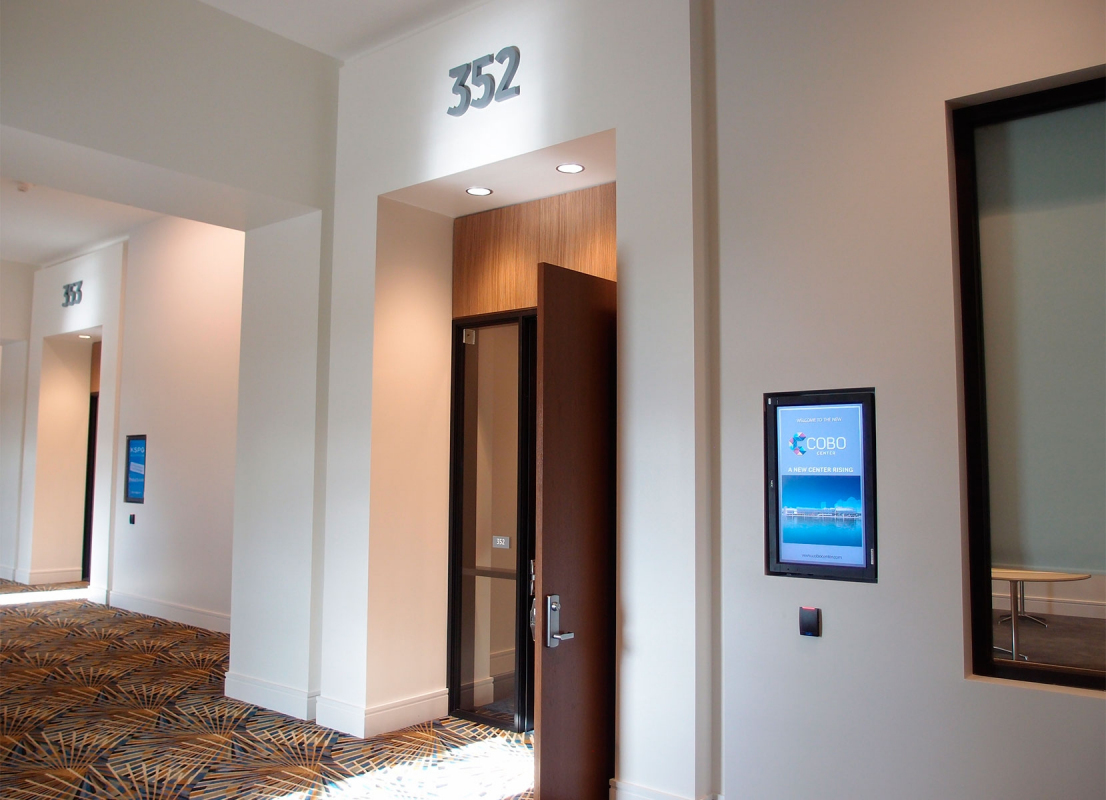