When Northwestern Memorial Hospital replaced its existing Prentice Women’s Hospital with a new facility, Corbin Design was selected to develop and monitor installation of an interior wayfinding system for the new hospital, which spans 17 stories and nearly one million square feet of space.

The system reflects the building’s unique architecture, which incorporates gentle feminine curves and dramatic open spaces. Curved translucent acrylic backers on the main public wayfinding signage mimic the architecture. Other signage is insert-managed, so that staff can update as needed. Interactive electronic kiosks in five public locations display directional information on the top half of the screen and destination maps, searchable in English and Spanish, on the bottom.

Prentice supports comprehensive healthcare for women at all stages of life. The Midwest region’s largest birthing center, it features a neonatal intensive care unit and a comprehensive breast center that are among the largest in the nation. Prentice also houses inpatient units of the Robert H. Lurie Comprehensive Cancer Center of Northwestern University at Northwestern Memorial Hospital. 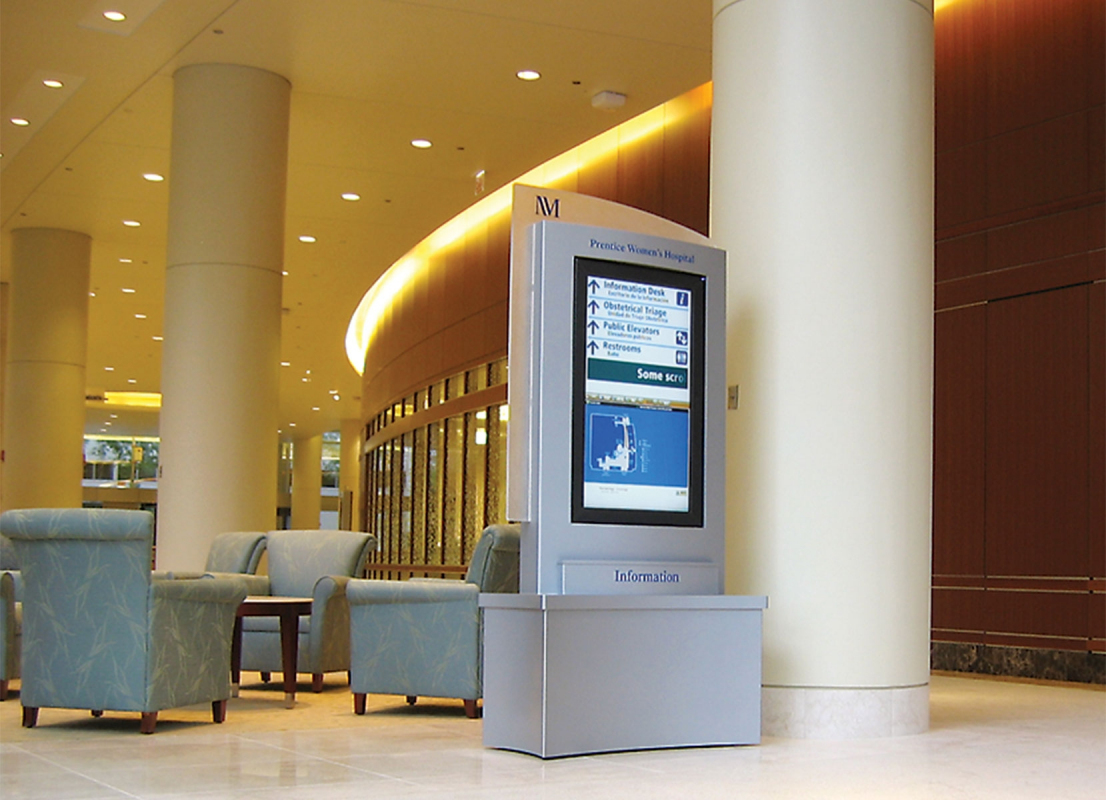 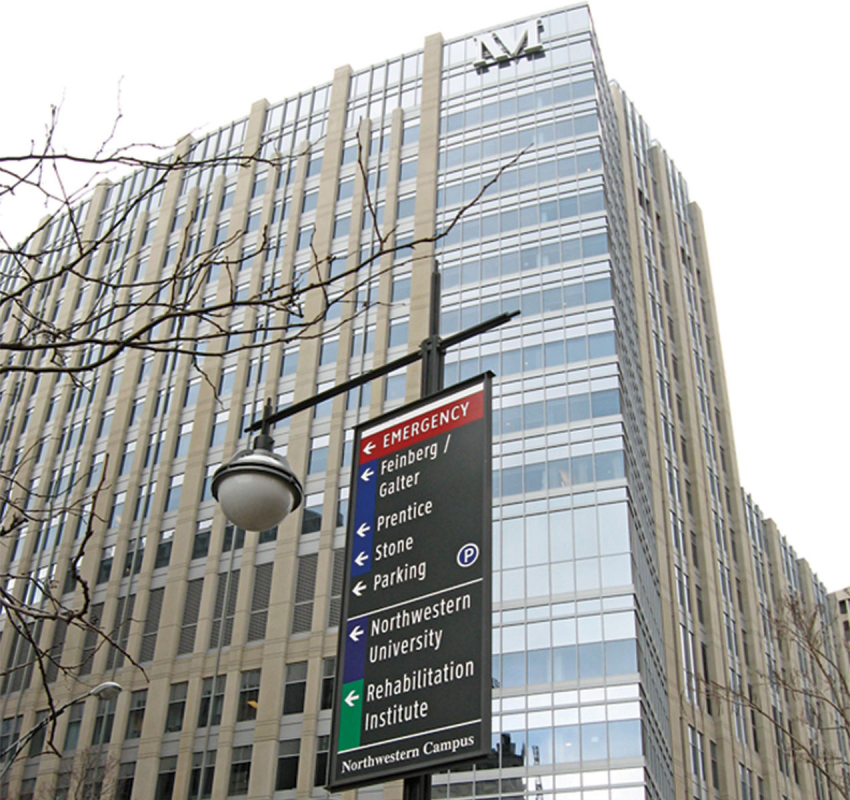 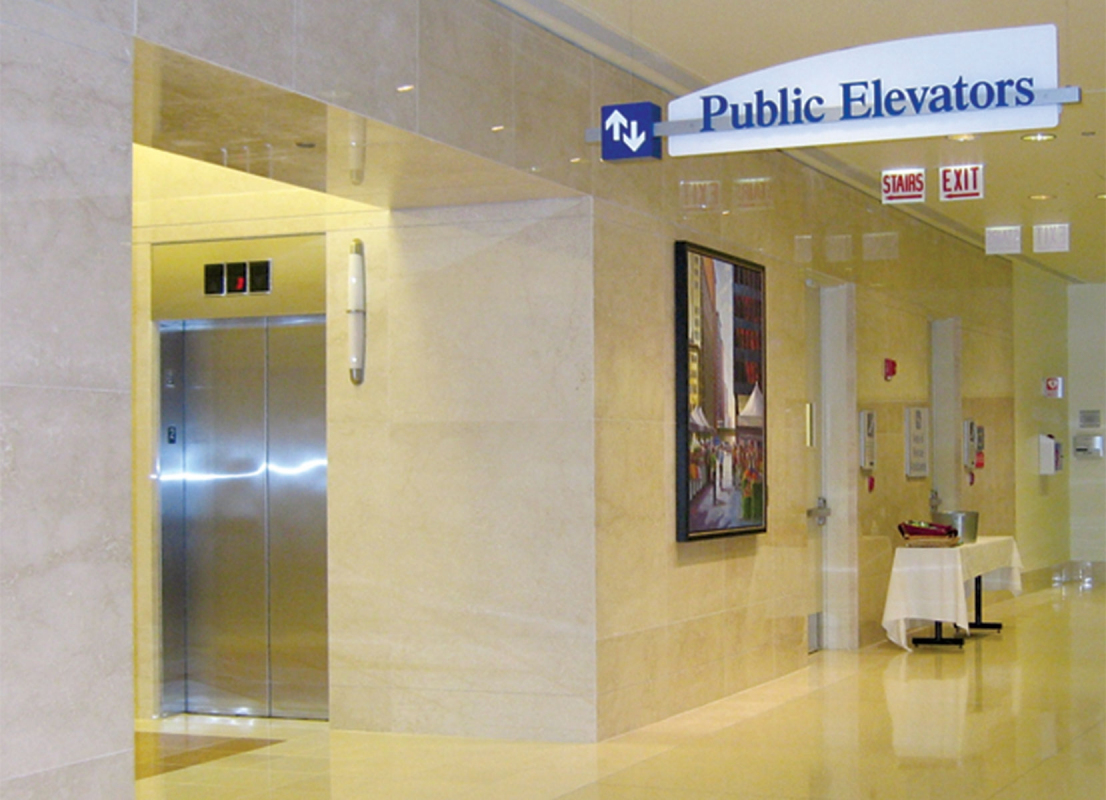 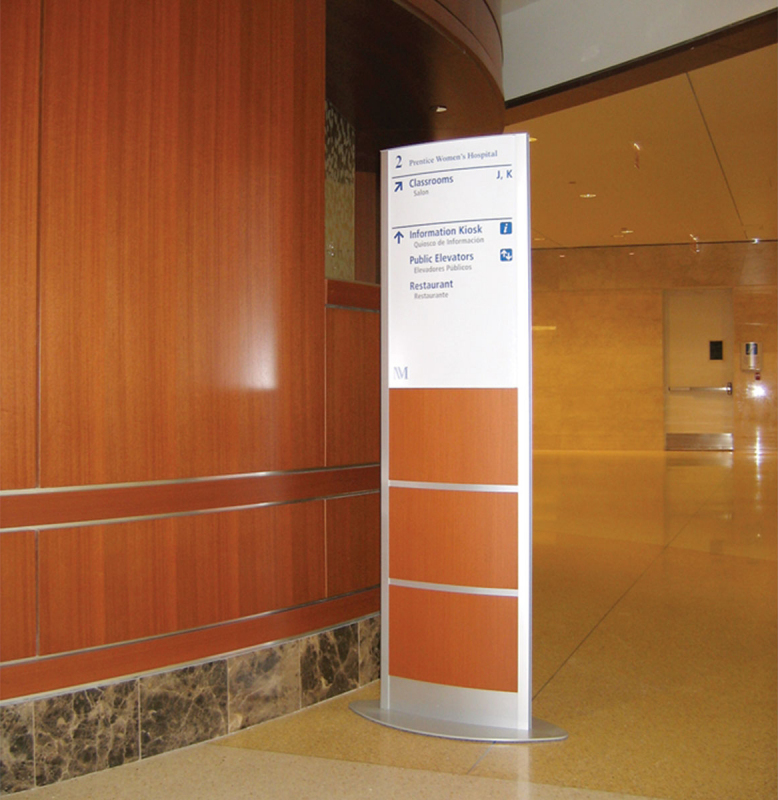