Located on 120 acres in downtown Buffalo, the BNMC is a confluence of the region’s premier healthcare, life sciences, and medical education institutions. It is a significant economic engine in the city’s strategic plan for urban redevelopment, employing over 8,000 and drawing 750,000 annual patient visits.

Our challenge was to craft a distinct and unifying visual image for the campus, indicating the entrepreneurial nature of the entities located there, while at the same time simplifying the task of finding destinations in a complex urban environment.

We designed a process to clarify expectations and objectives among diverse stakeholders, then described a design solution to bring their shared vision to life. The result is a system of wayfinding signs that is both visually distinct and informationally simple, indicating preferred routes to primary destinations from campus edges and secondary destinations within the campus. This was developed in keeping with their overall master plan and traffic studies.

Vehicle circulation is a primary concern since frequent bottlenecks can occur at certain times of the day. By segregating staff routes from those preferred by patients and visitors, we’ve enabled BNMC to plan for future growth and expansion.

Buildings on campus range from the 19th century to the present, so reflecting a single architectural style was not an option. Instead, we created a distinctive framing system that supports simplified language and circulation logic. Individual panels are designed for inexpensive updating as information changes.

Kiosks direct pedestrians to campus destinations and amenities, as well as points of interest in surrounding neighborhoods. Parking identifiers, which previously did not exist on campus, use the street address to assist people navigating via GPS. 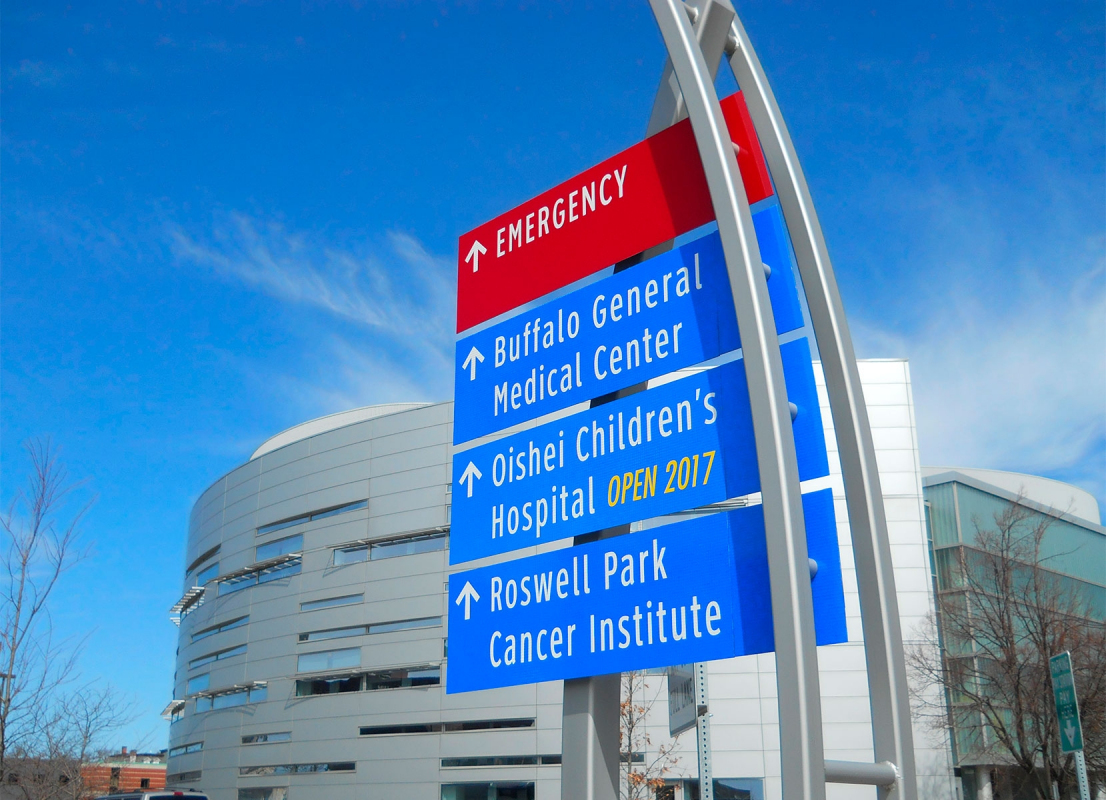 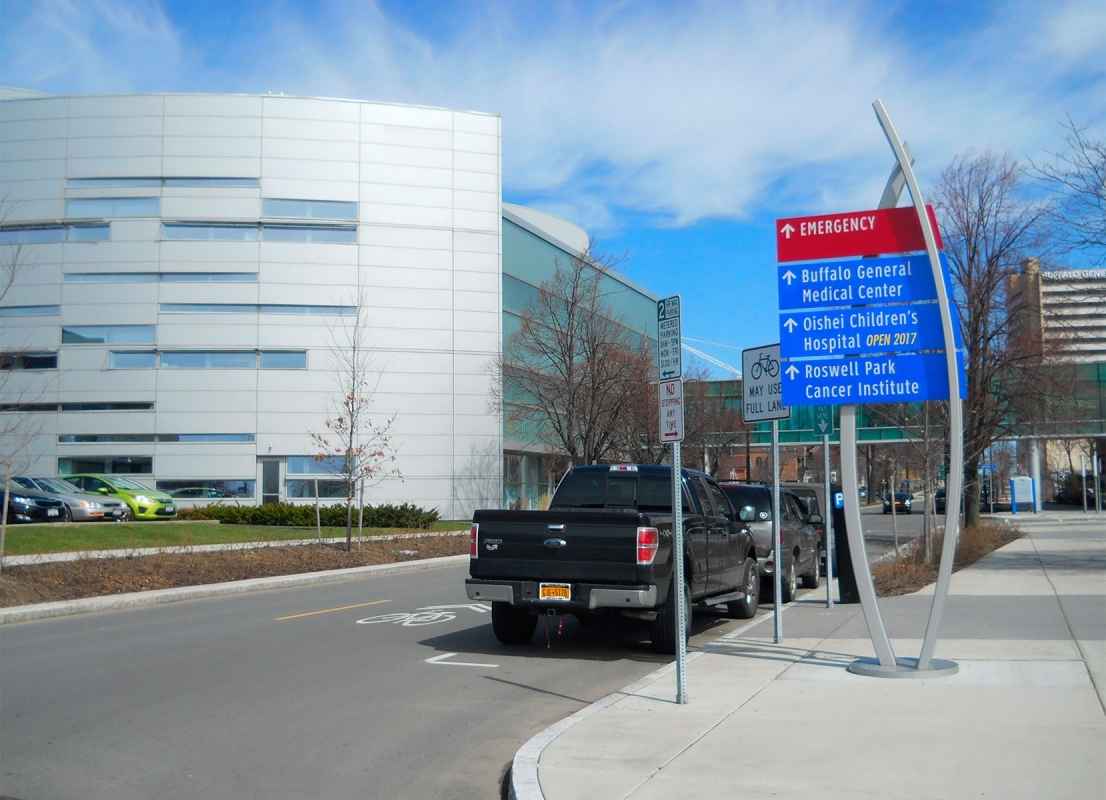 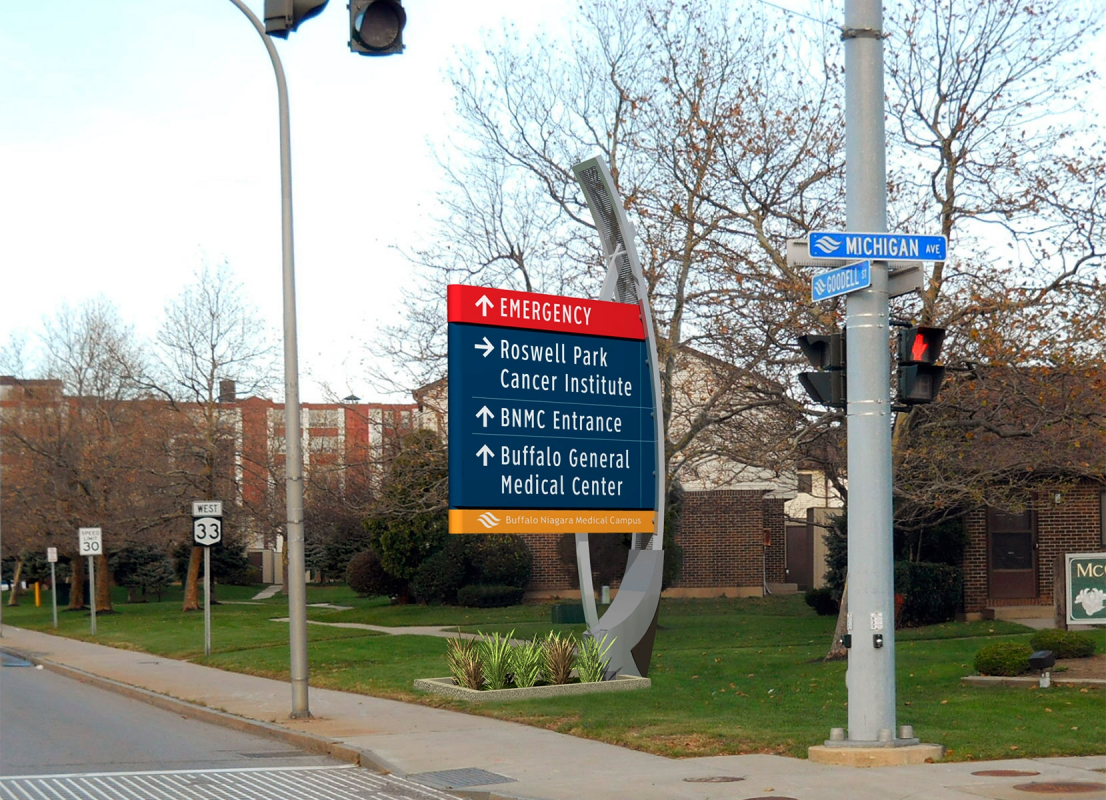 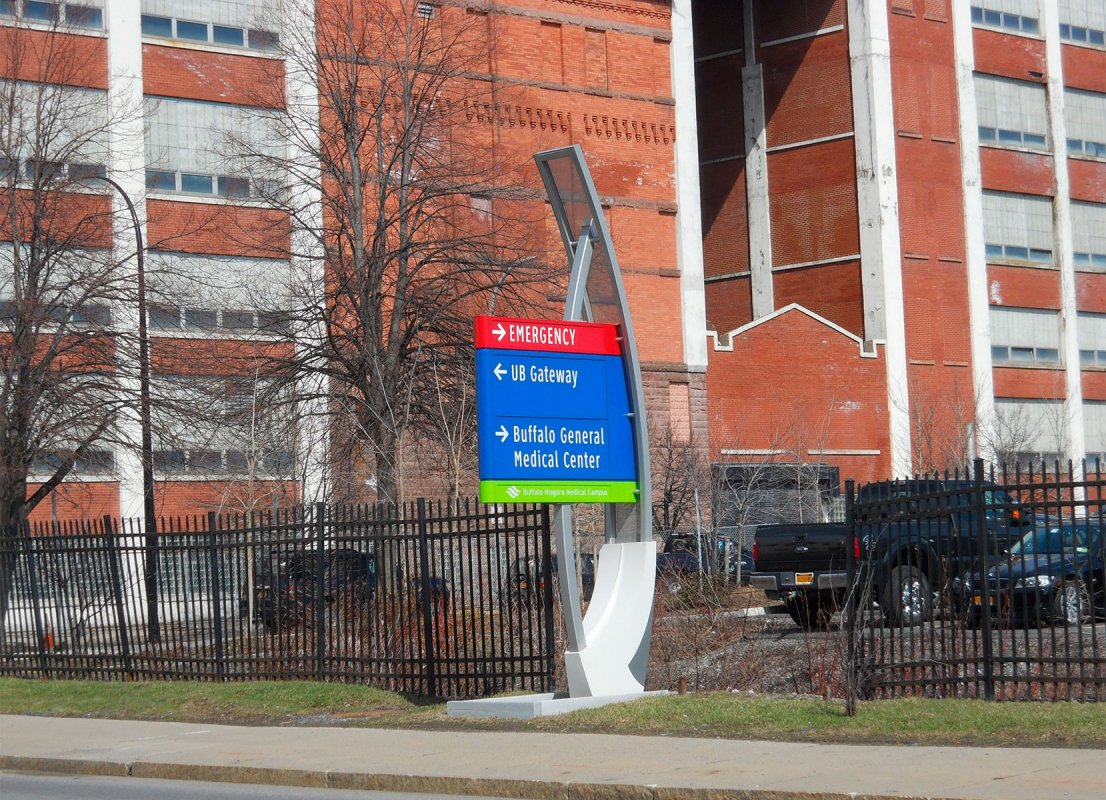 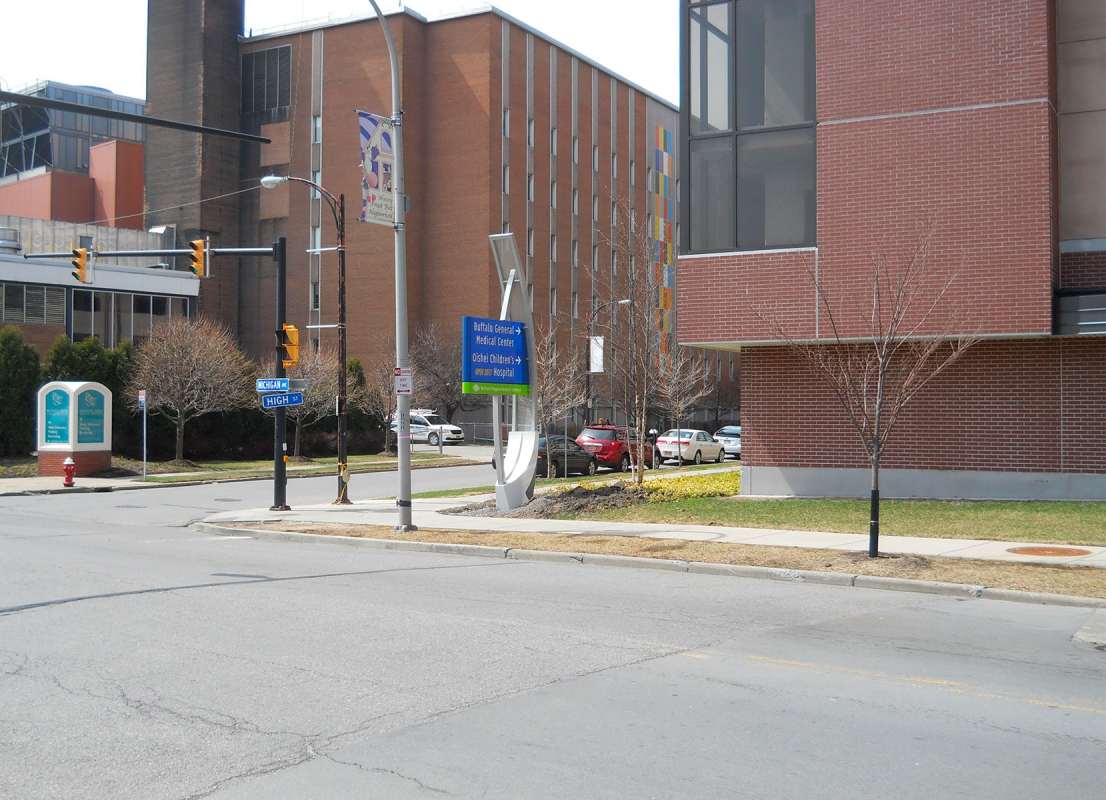 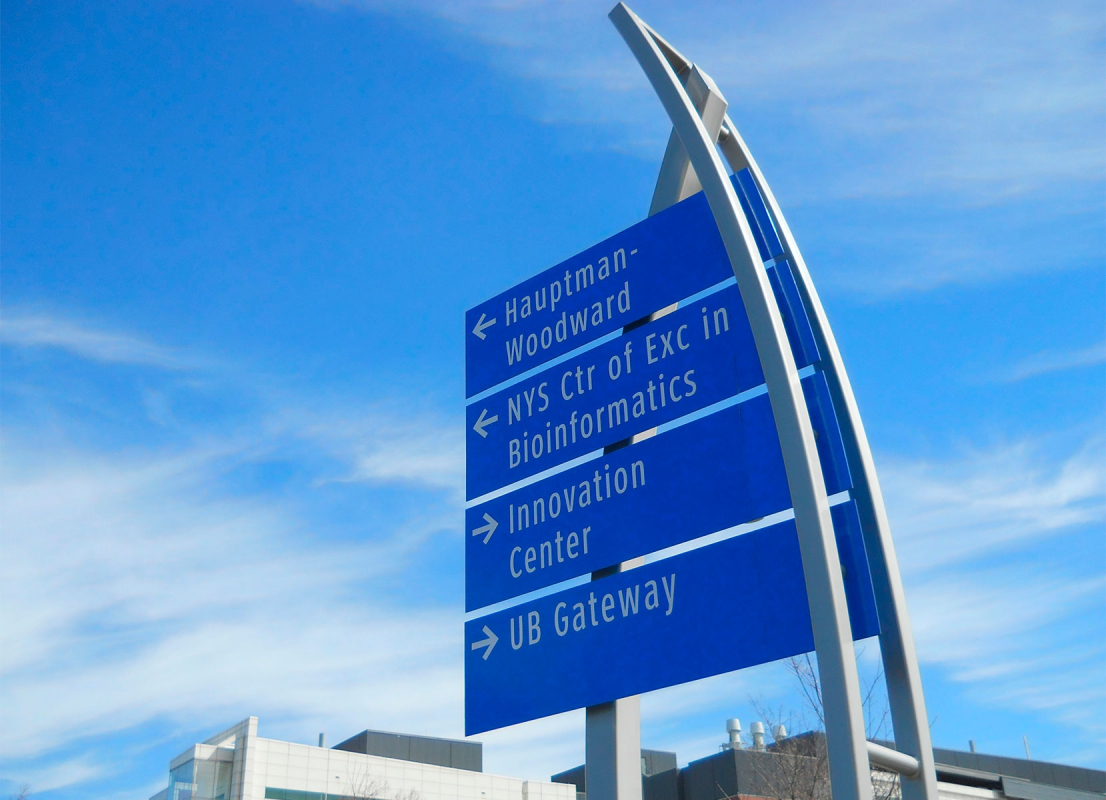 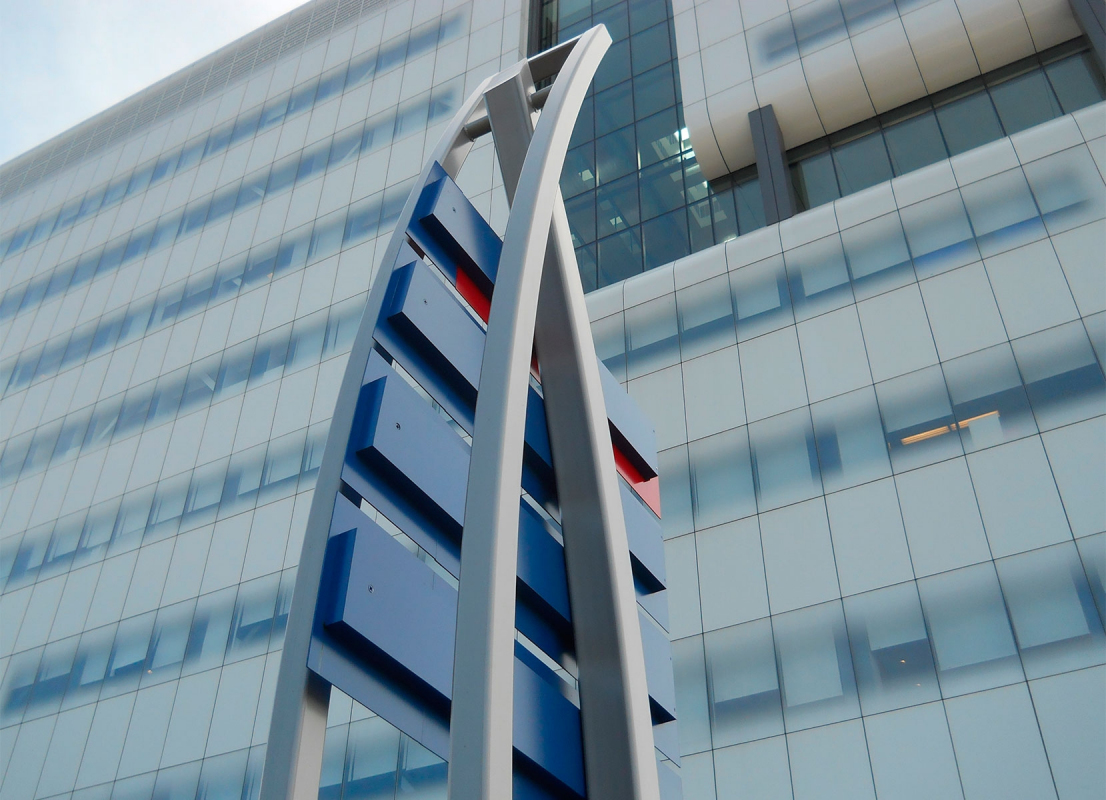 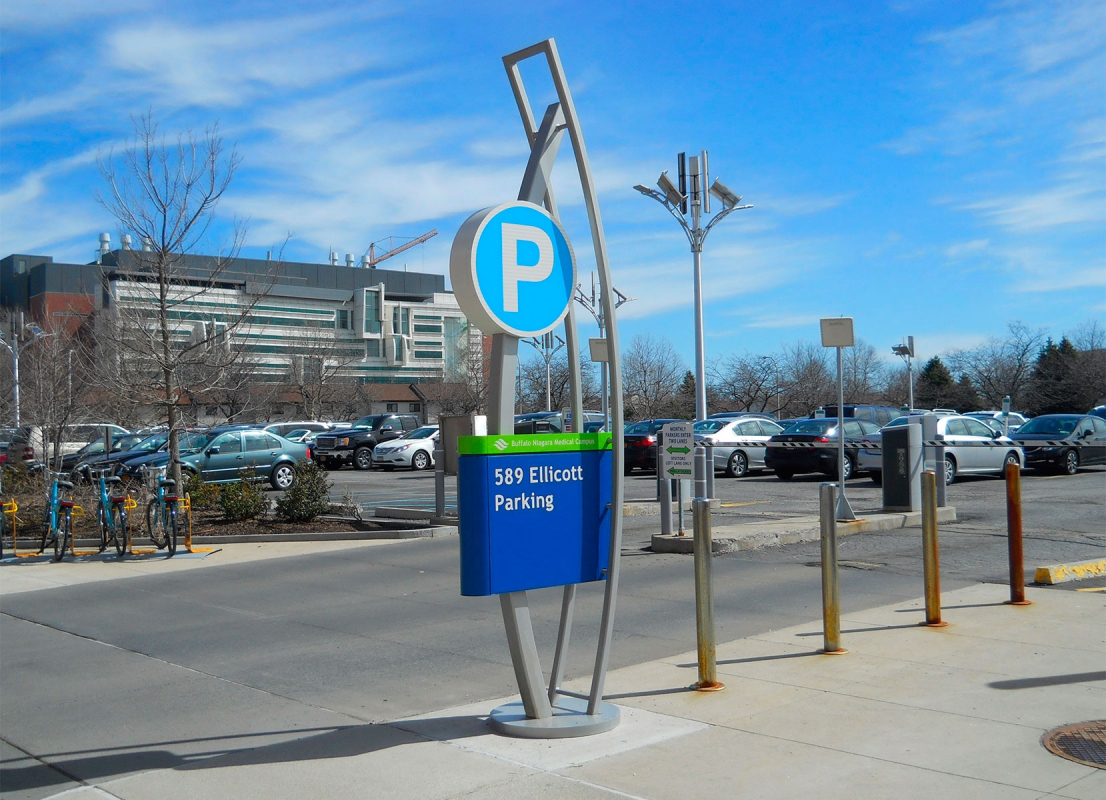 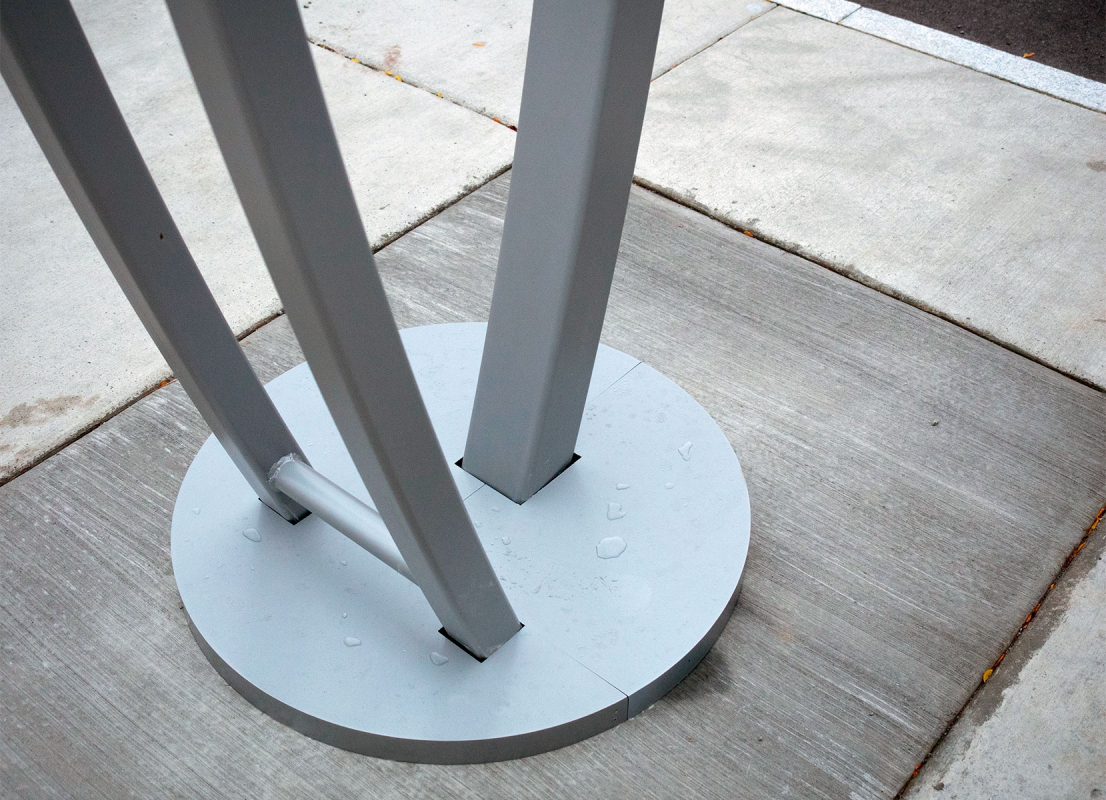 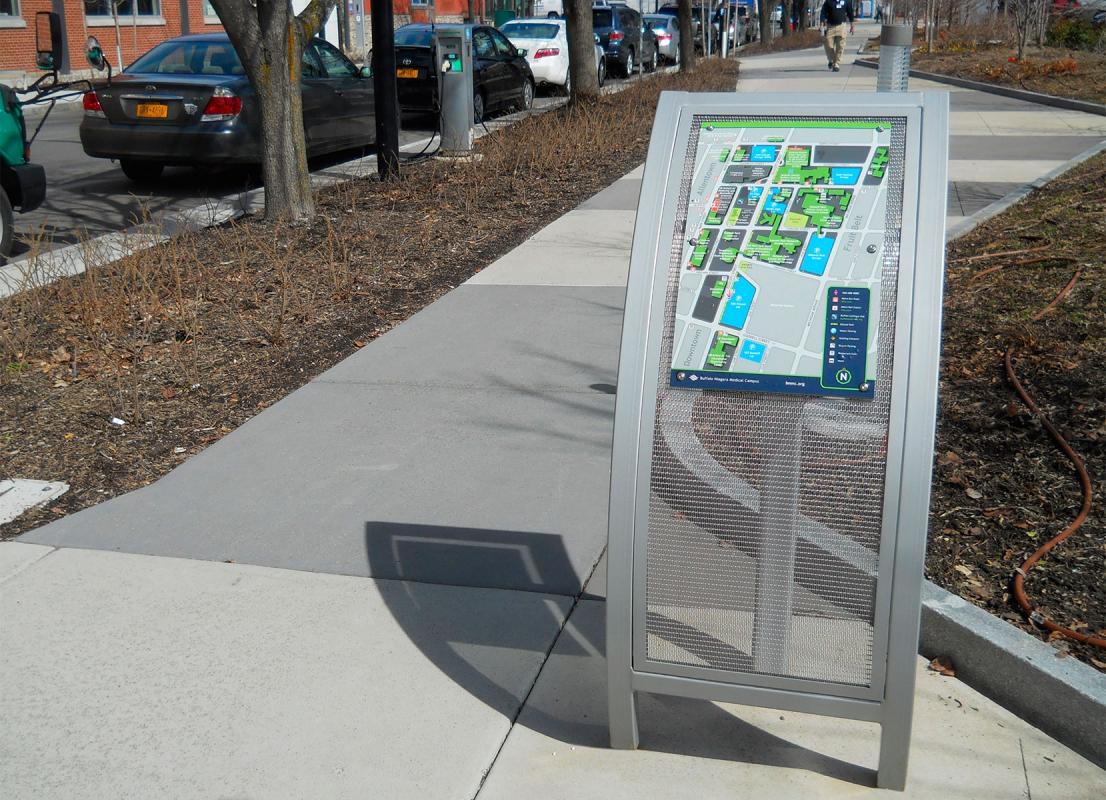 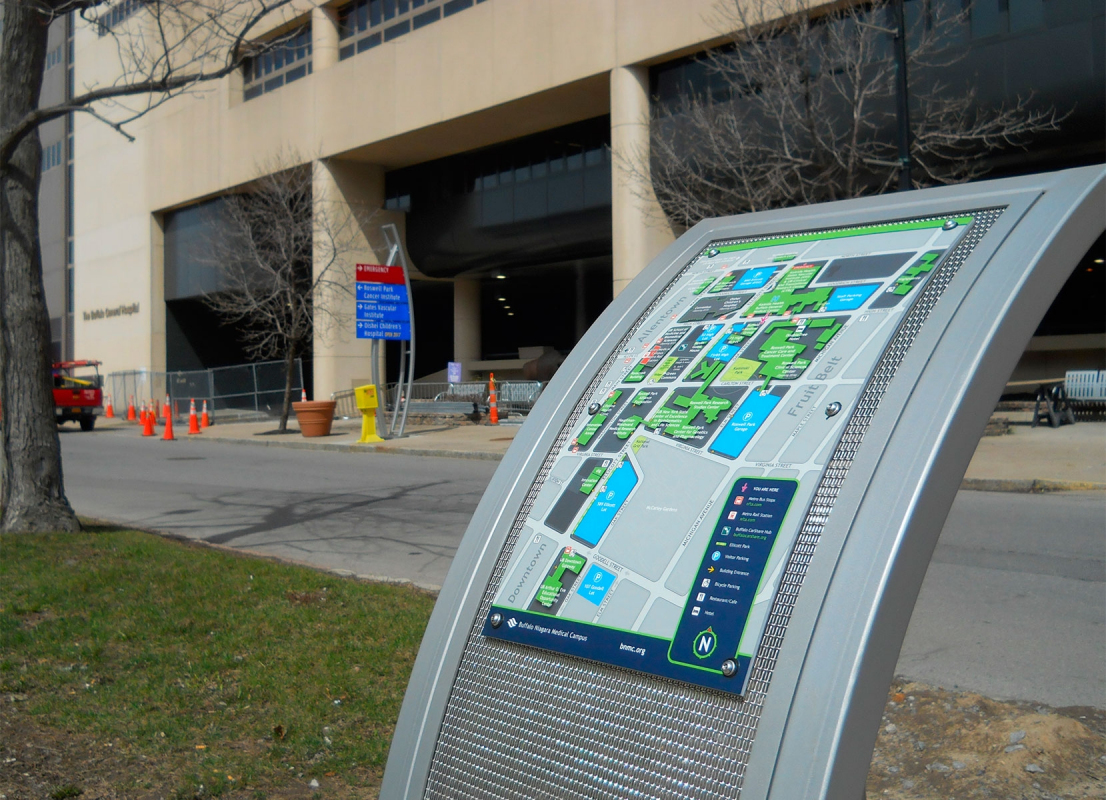 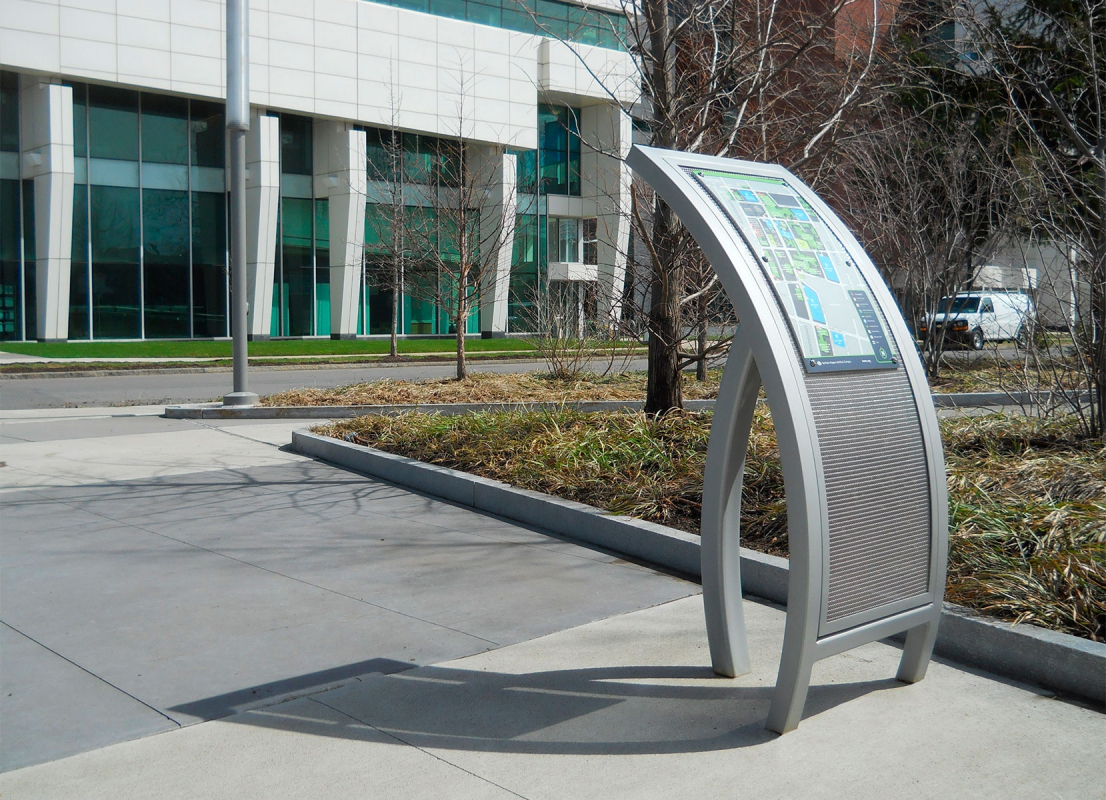 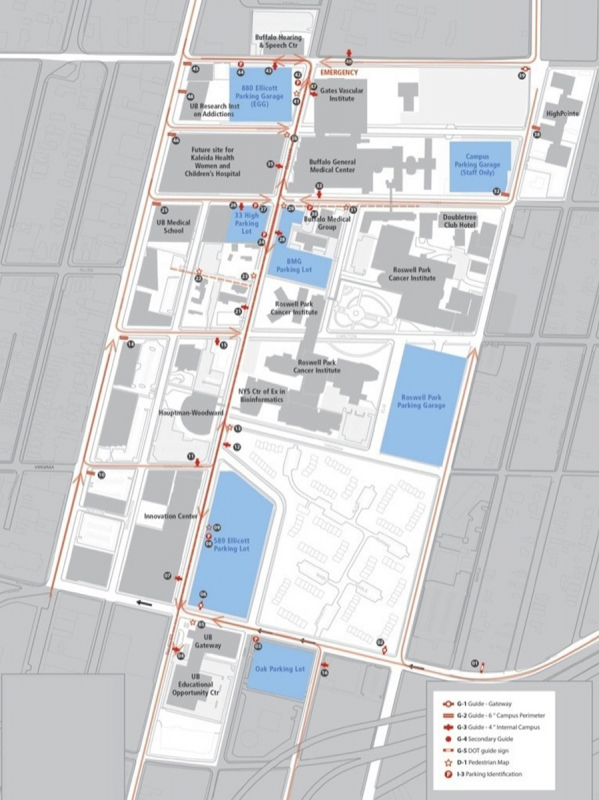 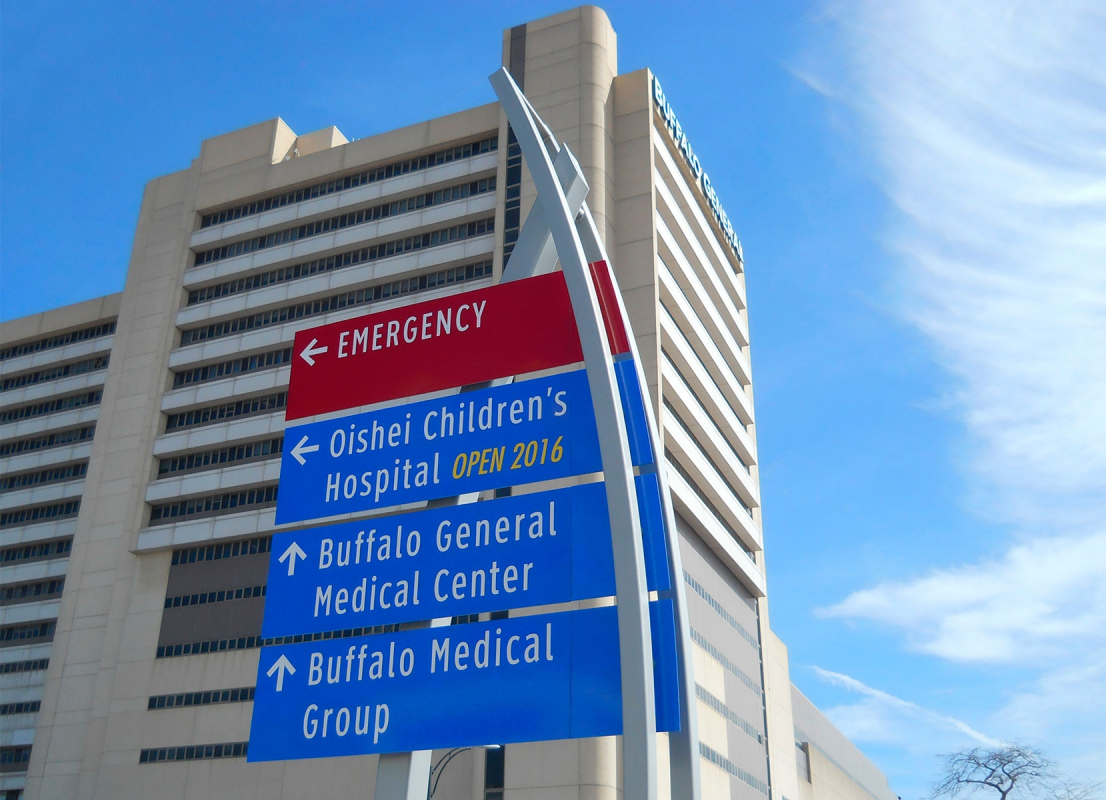 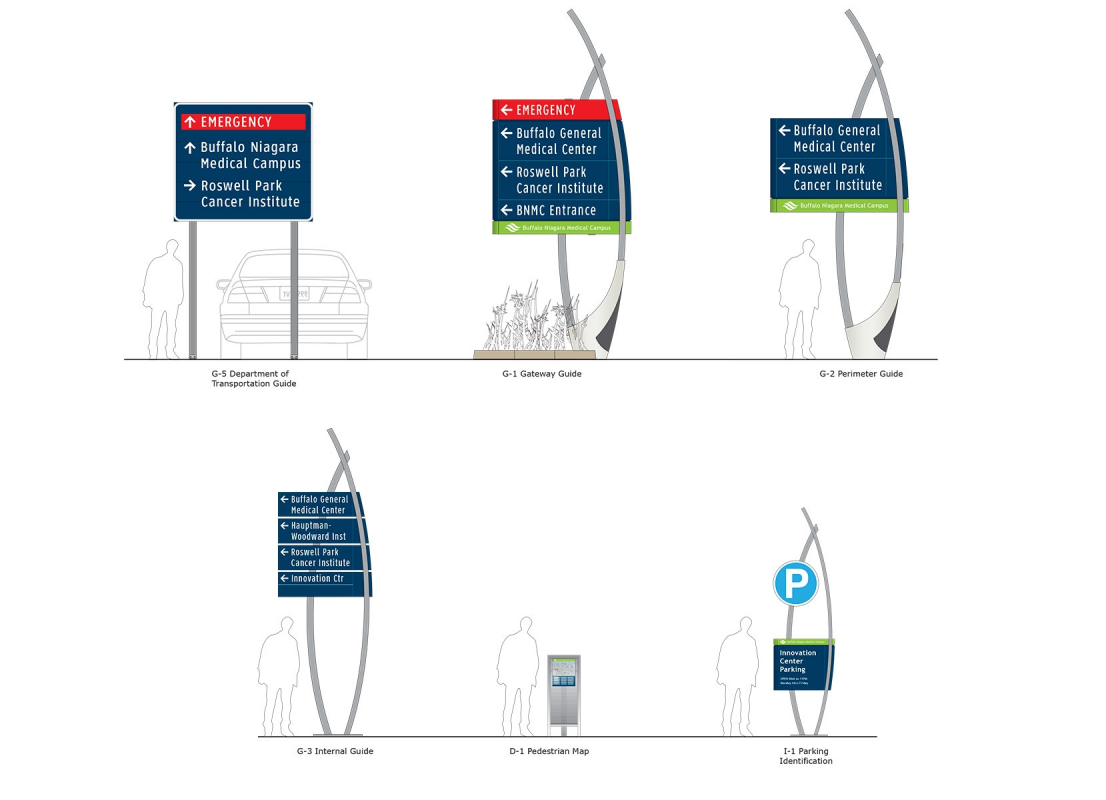