At the 780,000 square foot, 385-bed Aspirus Wausau Hospital, the old wayfinding logic was so overcomplicated that staff would frequently stop patients and visitors to guide them to their destination before they could even interact with a sign.

The building’s long, linear footprint further complicated the matter; patients and visitors entering at the wrong entrance would have an extended route to get to their intended destination. To improve the wayfinding experience, Corbin Design created a new logic, based around building entrances and their associated elevators. The new logic identifies the main hospital entrances with a color and letter, whereas secondary entrances are identified by function.

The signage was designed using curved and wooden elements in order to co-exist with components of the existing system. Bright pops of color were added to the new wayfinding signage standard, including icons, elevator and floor graphics, and wall treatments, to create a stronger relationship with the logic. Interior mapping elements were also added throughout the building to help confirm a visitor’s path.

Corbin Design and the Aspirus team conducted patient intercept interviews throughout the project to confirm wayfinding issues and test the logic and design prior to implementation. 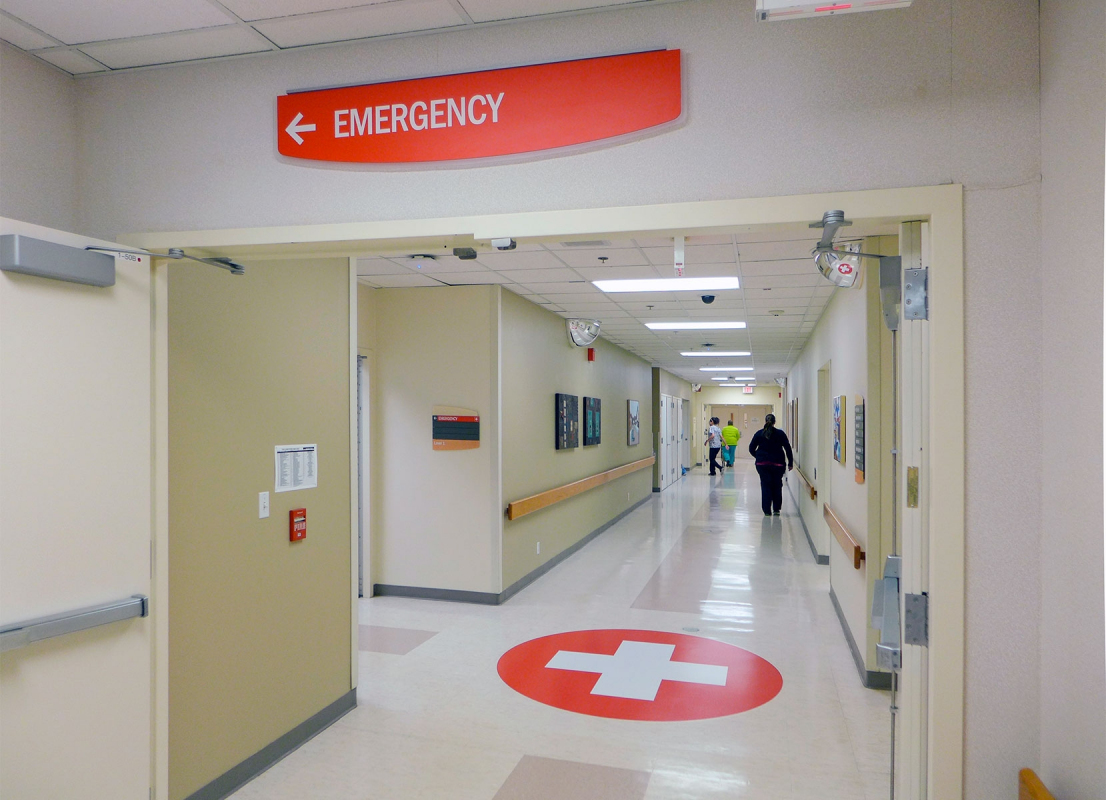 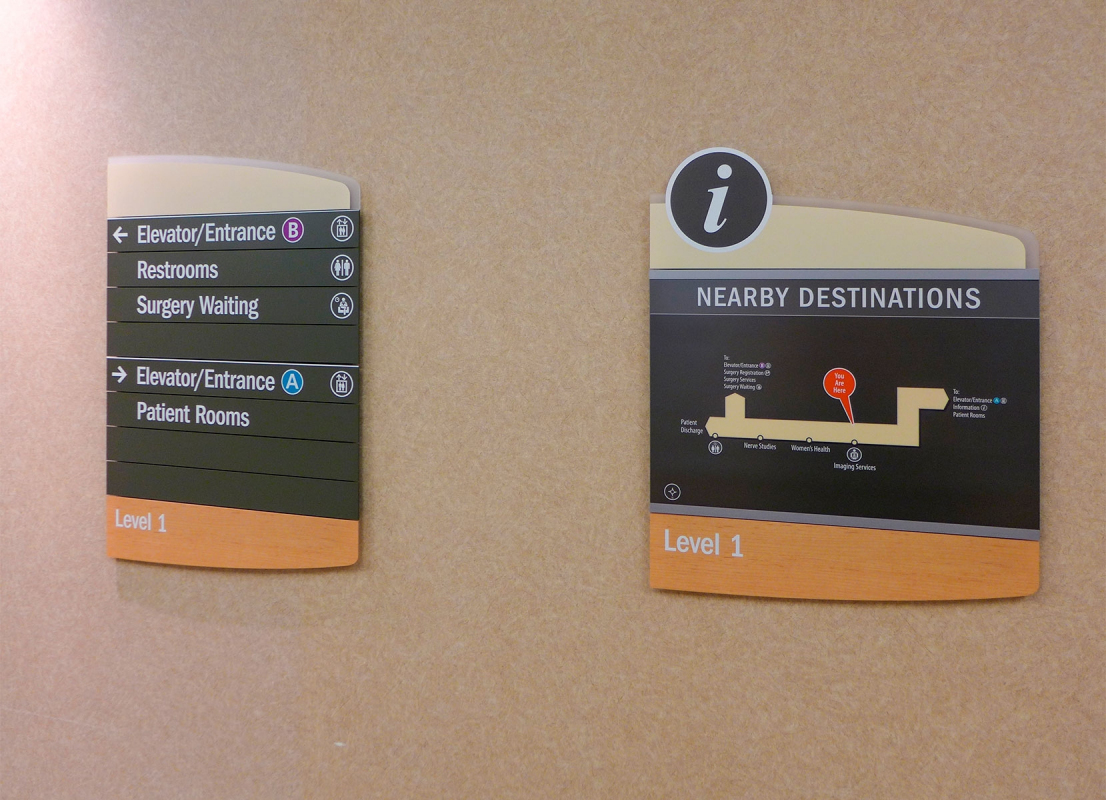 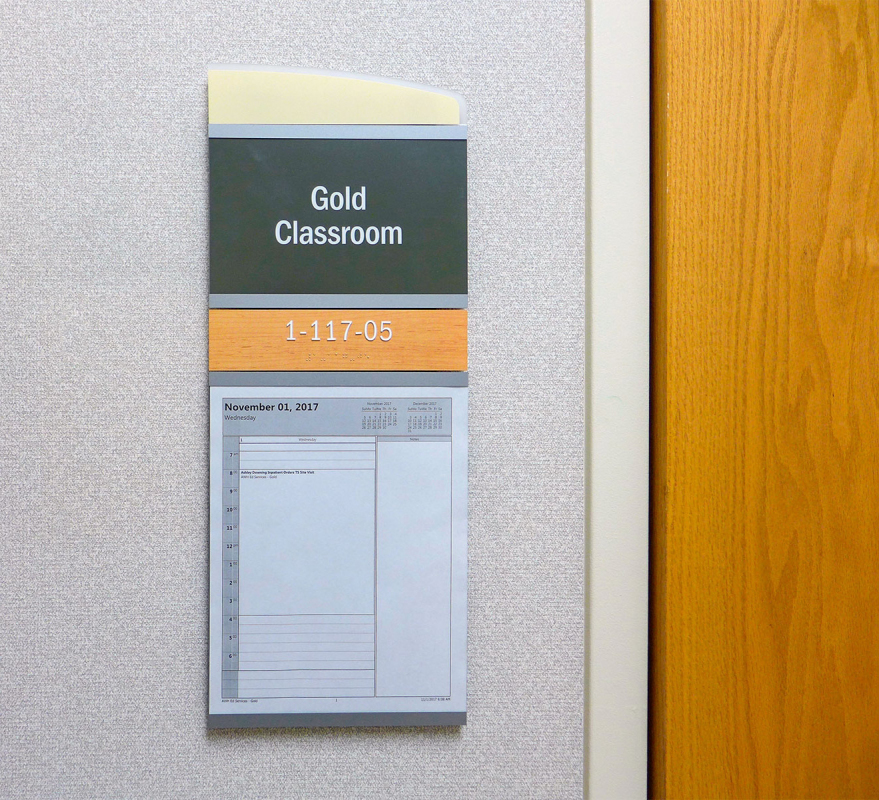 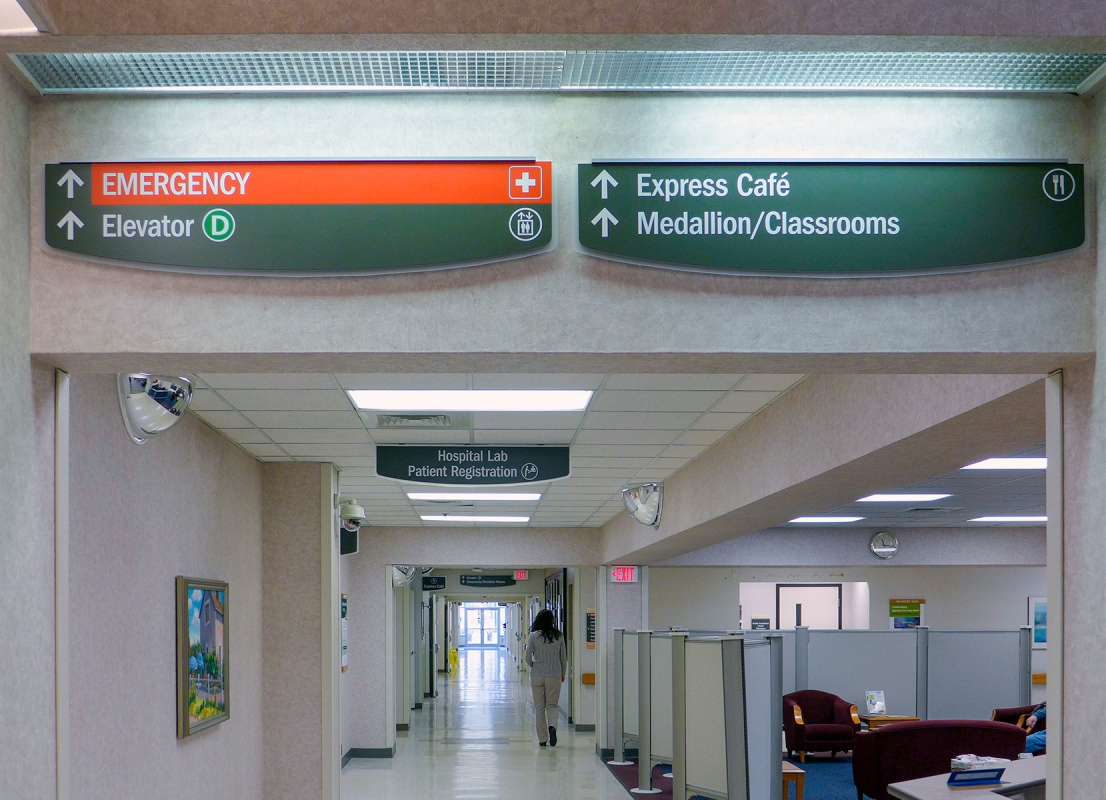 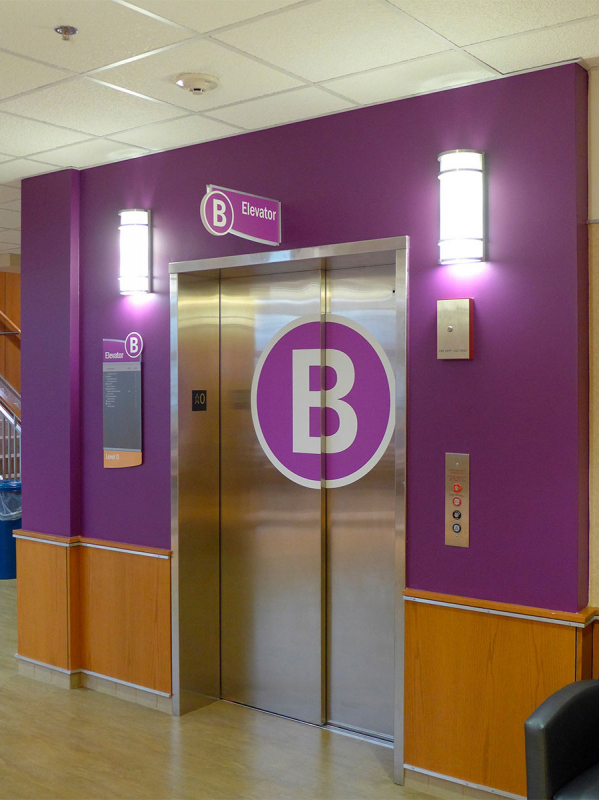 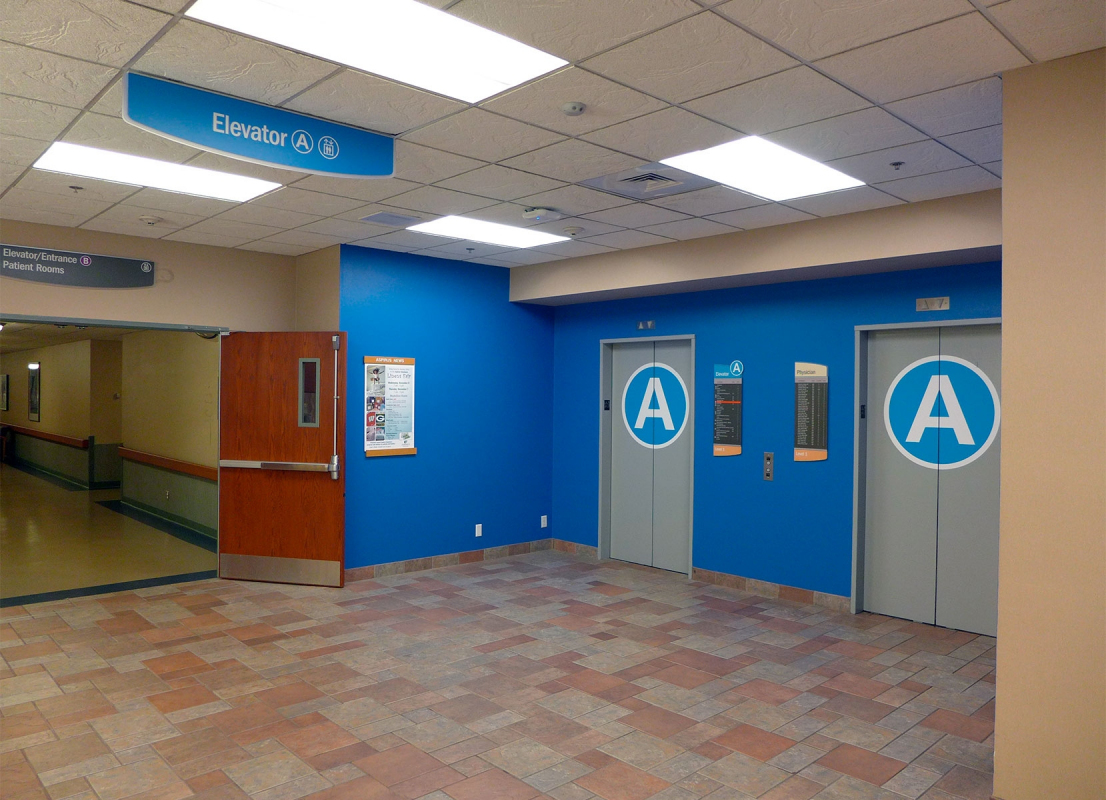