Previously known as Utah Valley State College, UVU went from a two-year commuter college to a four-year higher education institution with bachelor's and master’s degree programs. In 2009, they became an NCAA Division I school. A new brand, designed to reflect the energy on campus, needed to be integrated into wayfinding signage.

When Corbin Design began this project, the only wayfinding signage on this campus was left over from the 2002 Winter Olympics.

The architecture on campus is distinctive and uniform: poured concrete structures include the “slot motif” that is reflected in sign bases and faces. All buildings are identified by a two-letter code, which ties into everything from online maps to student schedules. The new system highlights the two-letter code prominently on exterior identification signage and all interior signage.

Corbin Design included QR codes that allow smartphone users to bring maps and directions along with them and take advantage of Google Maps and other existing technologies. 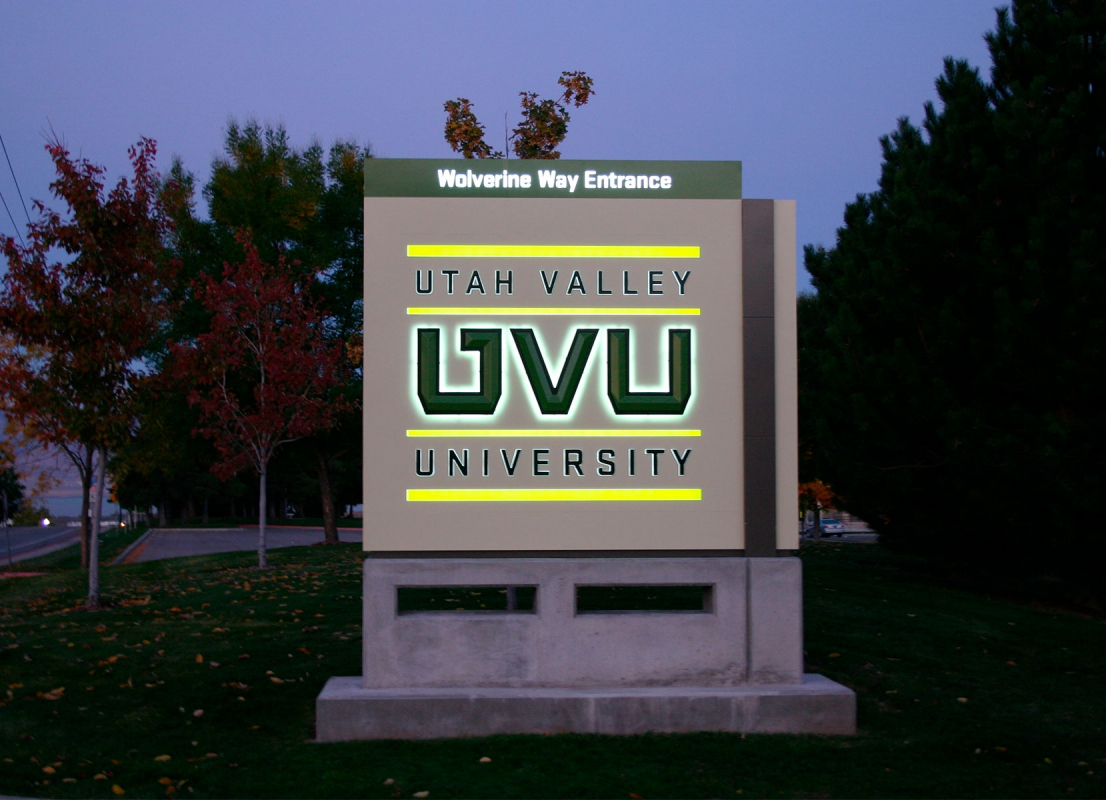 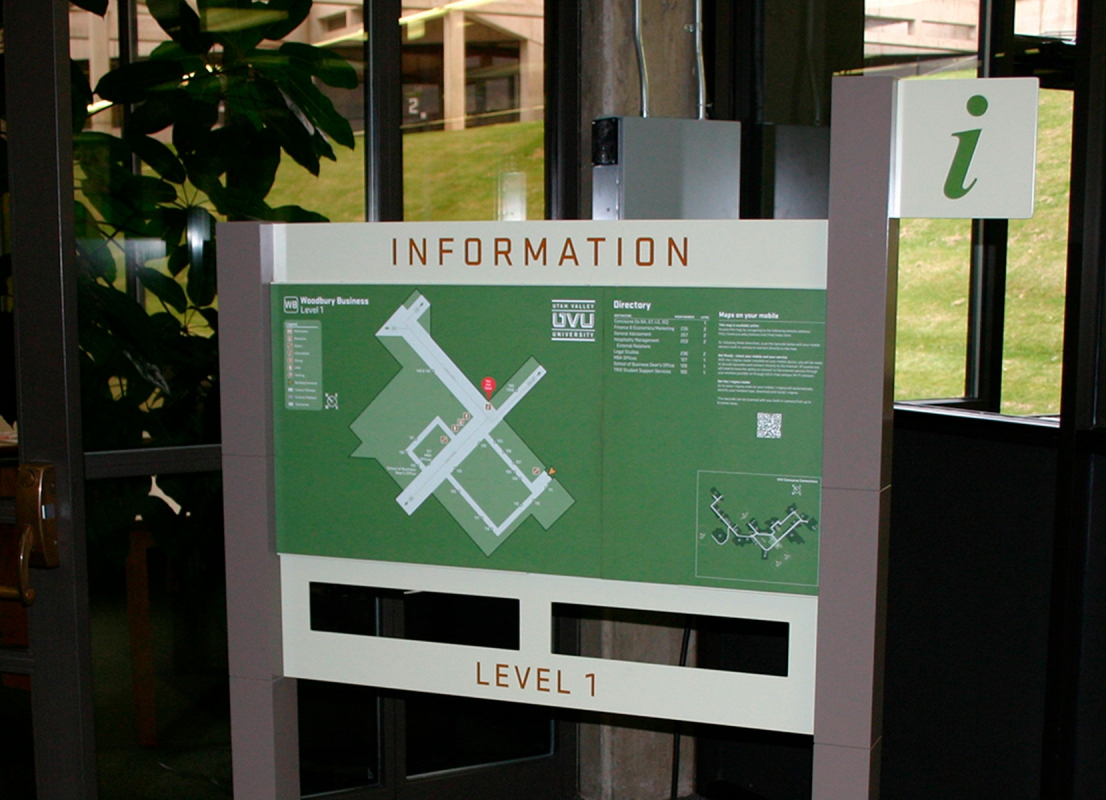 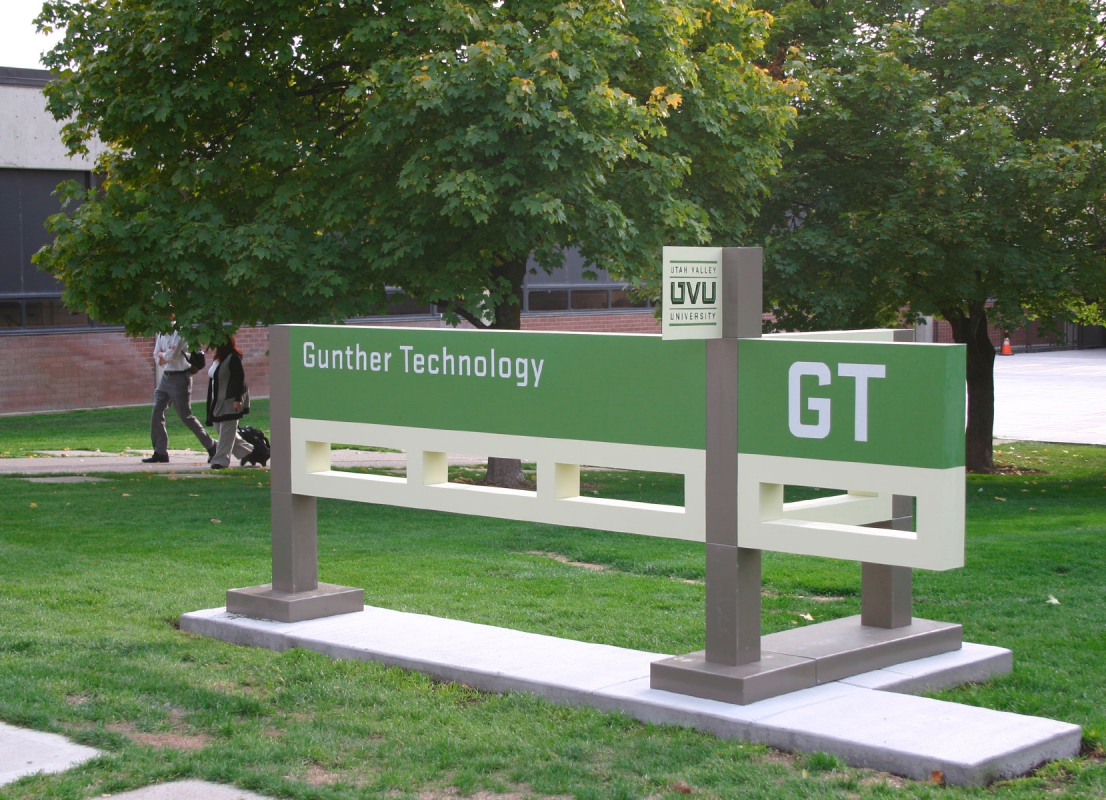 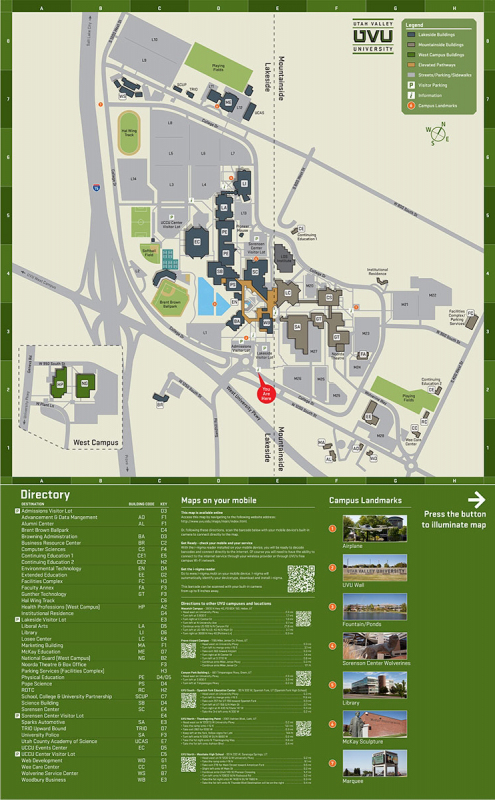 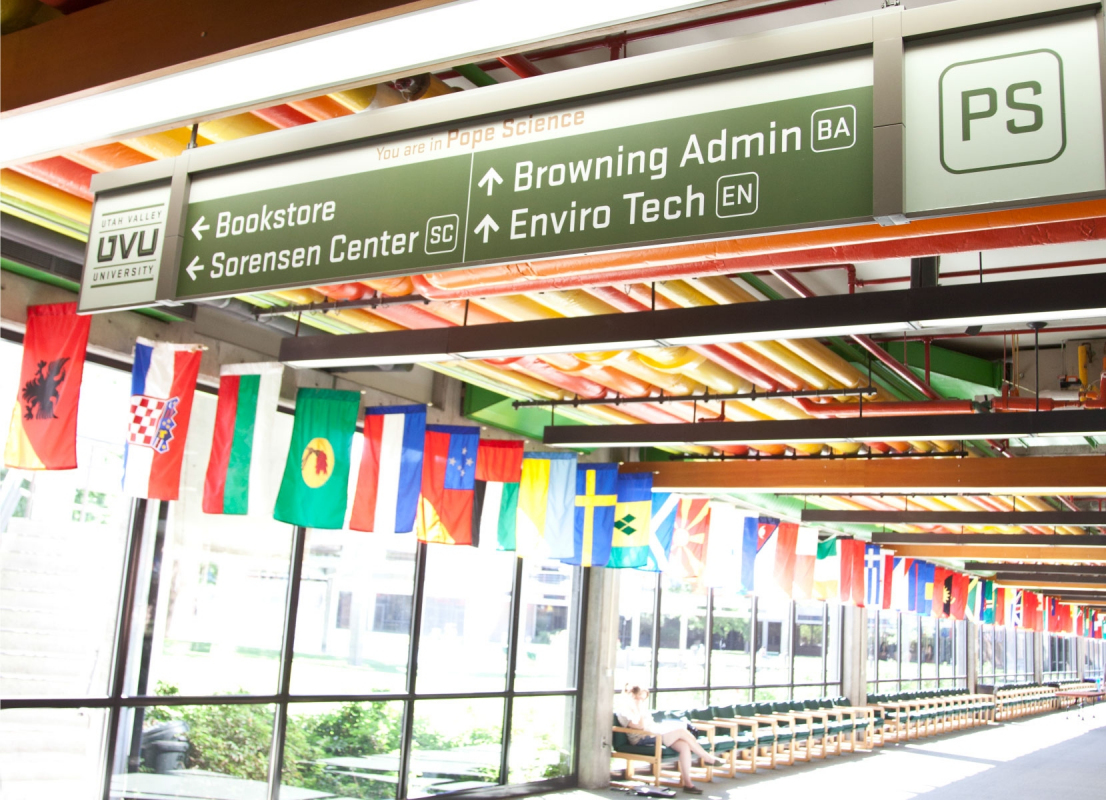 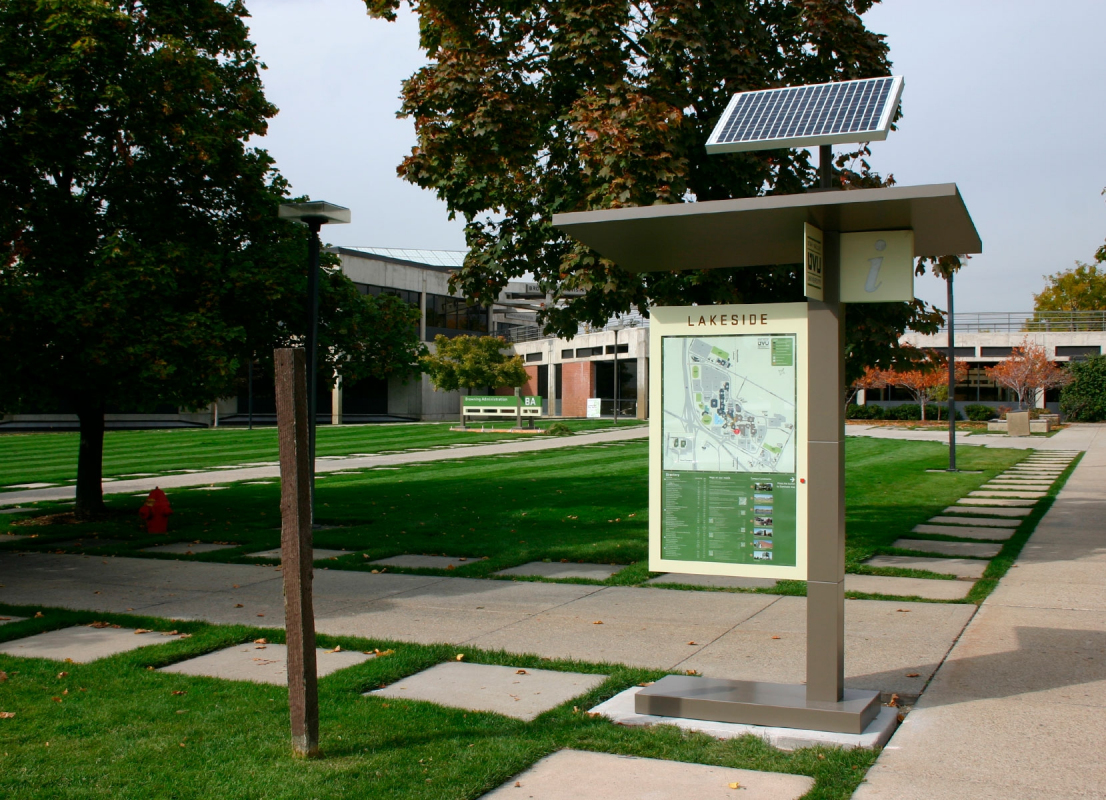 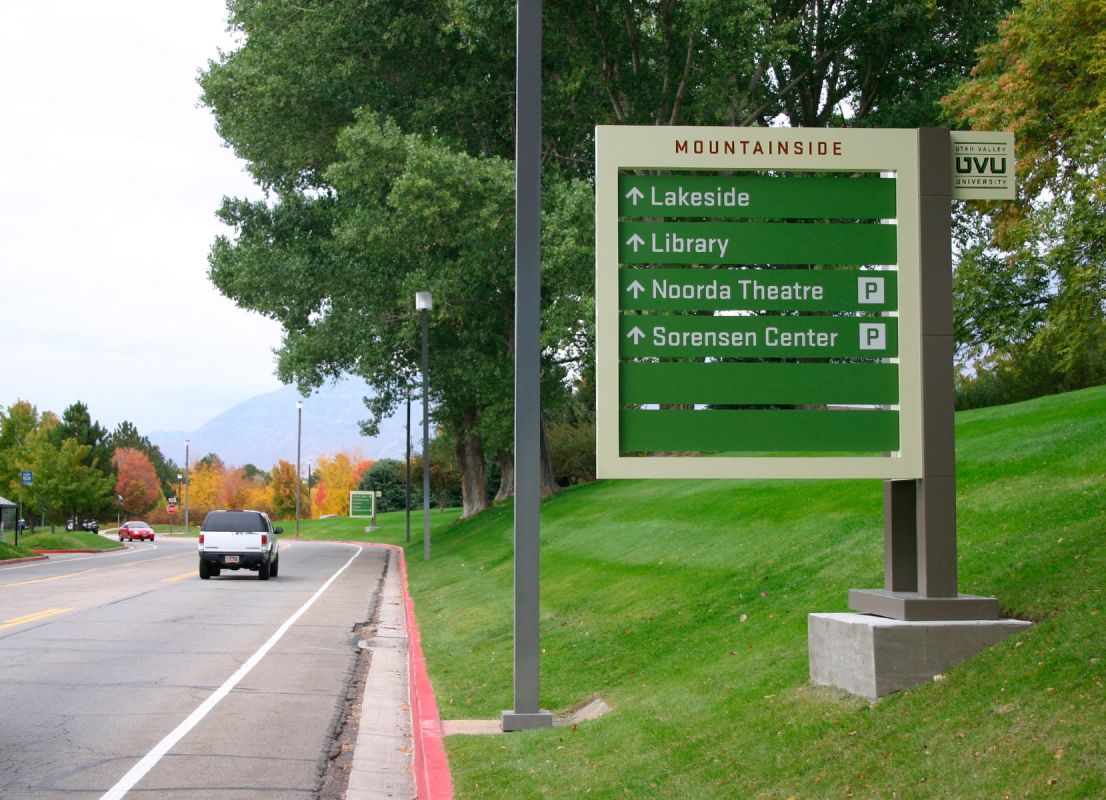 Great work, guys -- you all deserve a big pat on the back for this! This is truly BIG news for us!