When the University of Richmond began a road realignment project in 2015, the university took this opportunity to look at the campus as a whole to develop a new wayfinding system.

With the new road project, came significant wayfinding challenges because of the elimination of the main campus address as well as the existing Main Entrance. To tackle this issue, a new campus addressing and parking logic was created.

The existing addressing logic assigned address numbers as buildings were built, so the addresses were spread inconsistently throughout campus. With the new logic, a more traditional approach was taken when assigning new addresses. Address numbers were assigned consecutively with space to allow for future developments along each campus road.

URI’s picturesque, 350-acre campus centers around Westhampton Lake. Because of the consistent, collegiate Gothic architecture featured on campus, it was necessary to create a signage design standard that complemented that environment. The selected design takes inspiration from the university’s light standards as well as the Robins Football Stadium. It also includes a nod to the university’s unique Spider mascot (the only university with a spider mascot!) 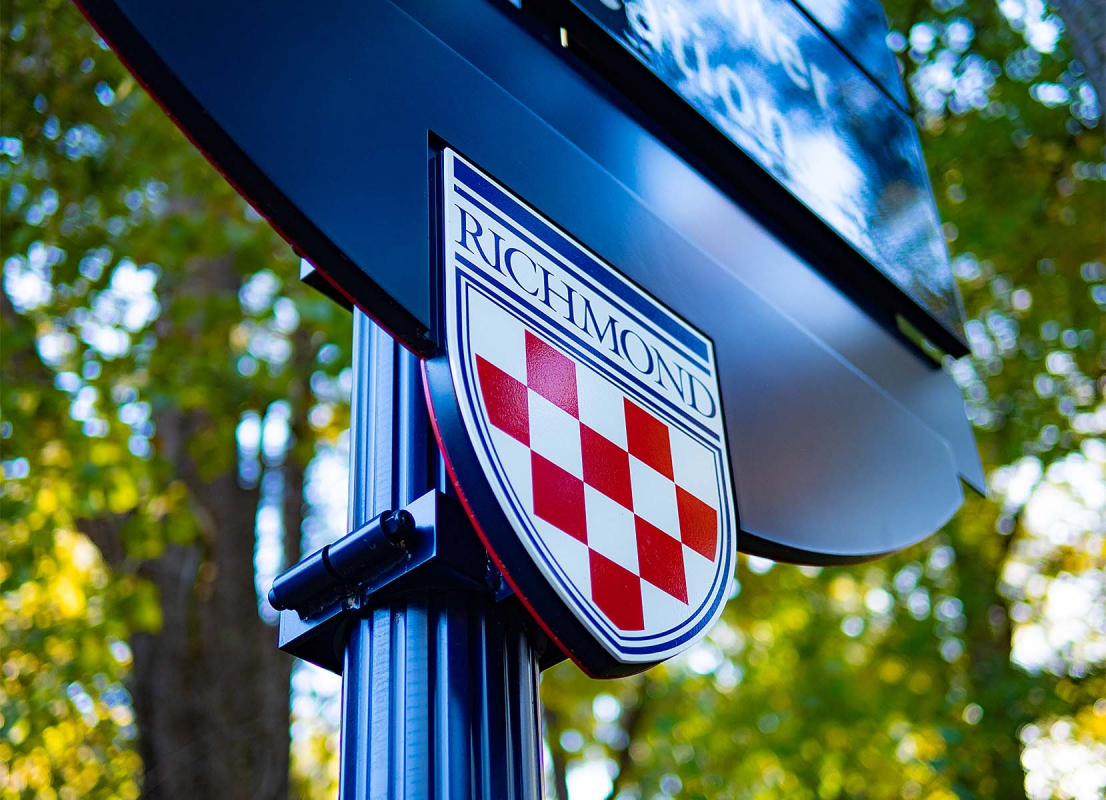 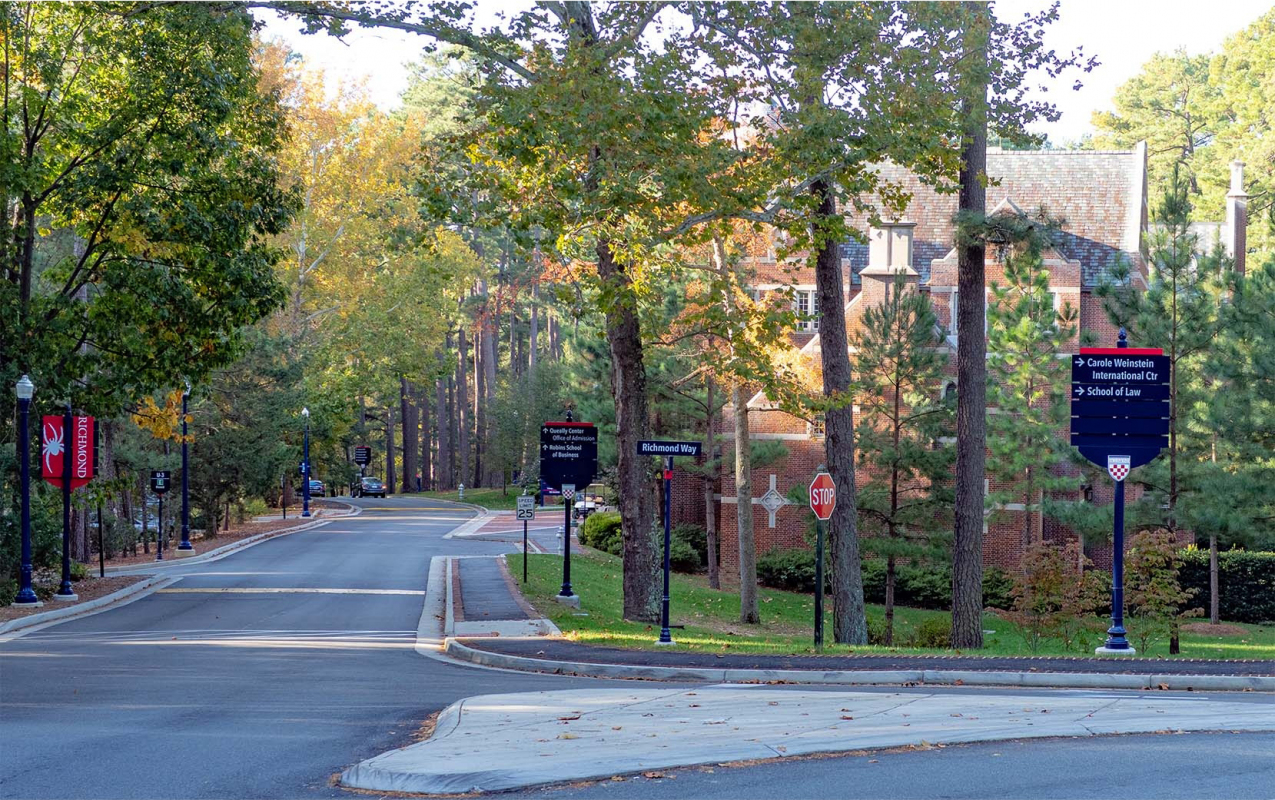 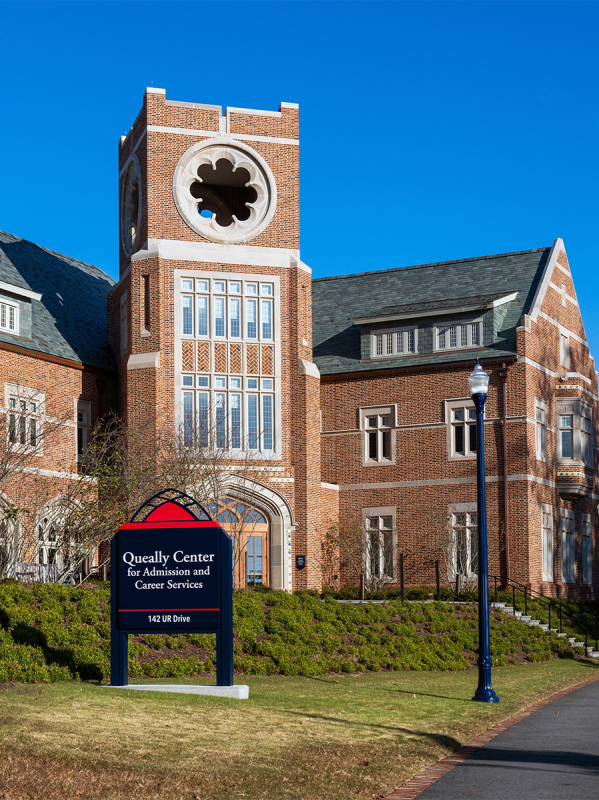 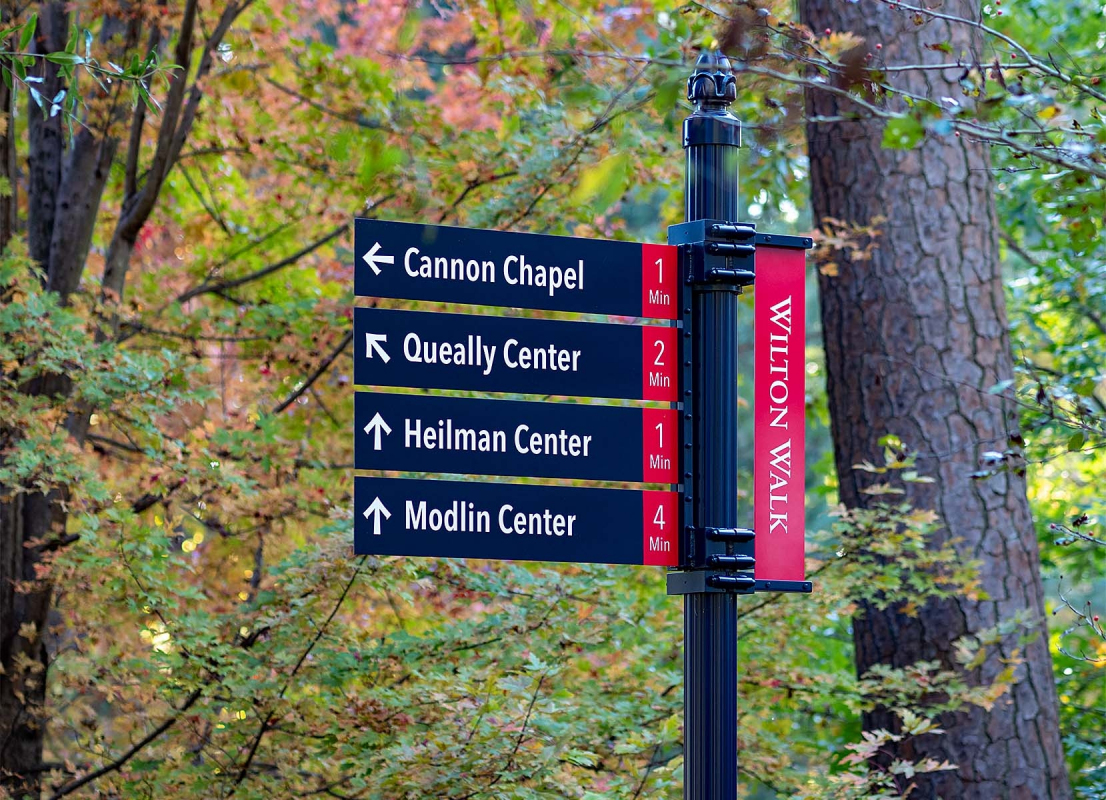 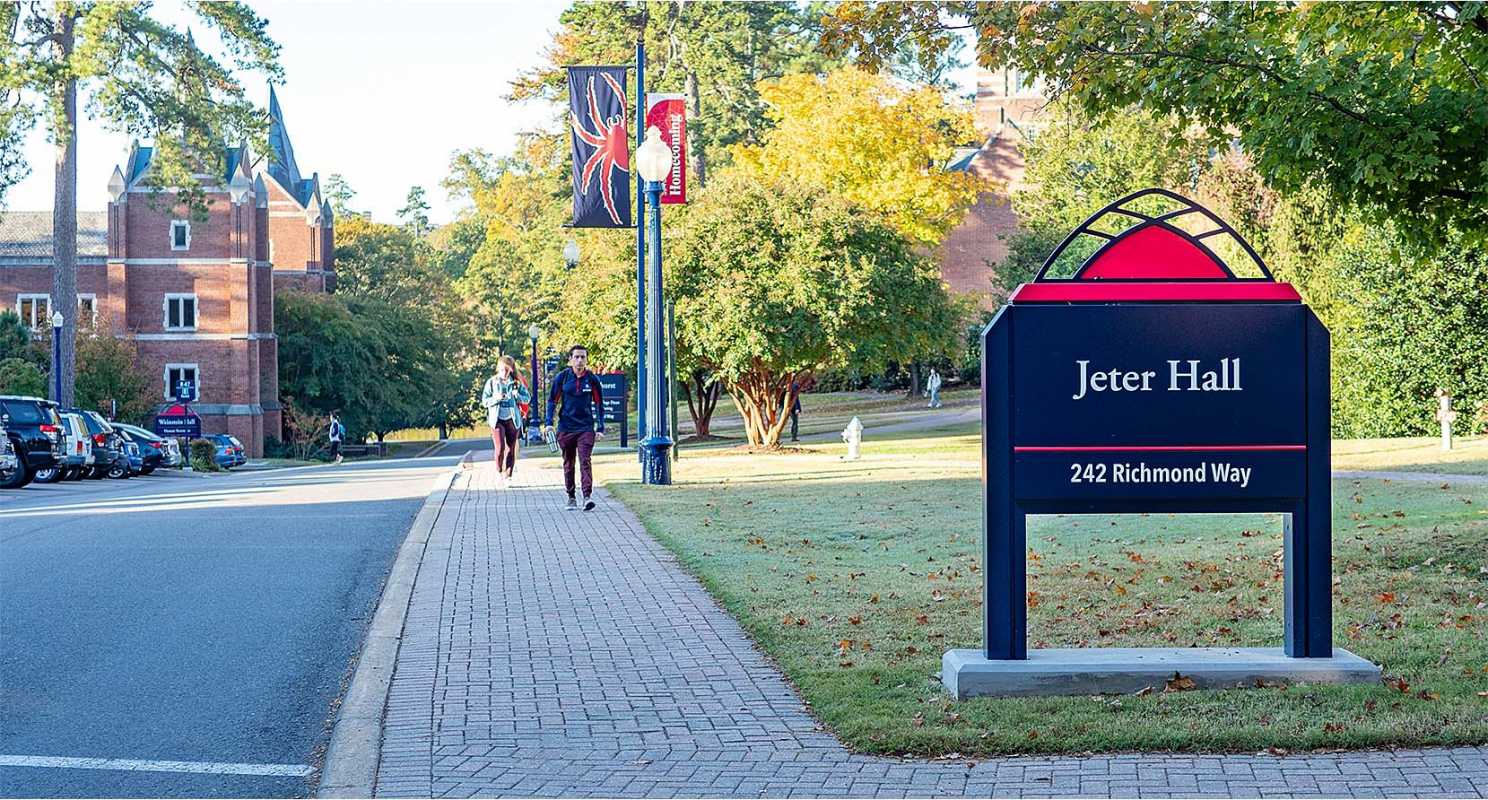 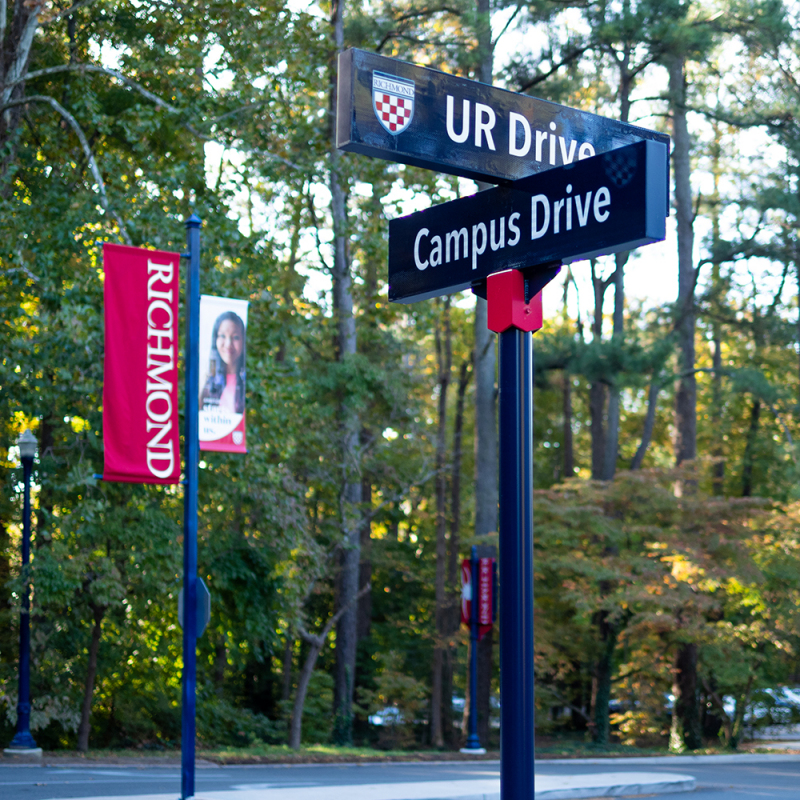 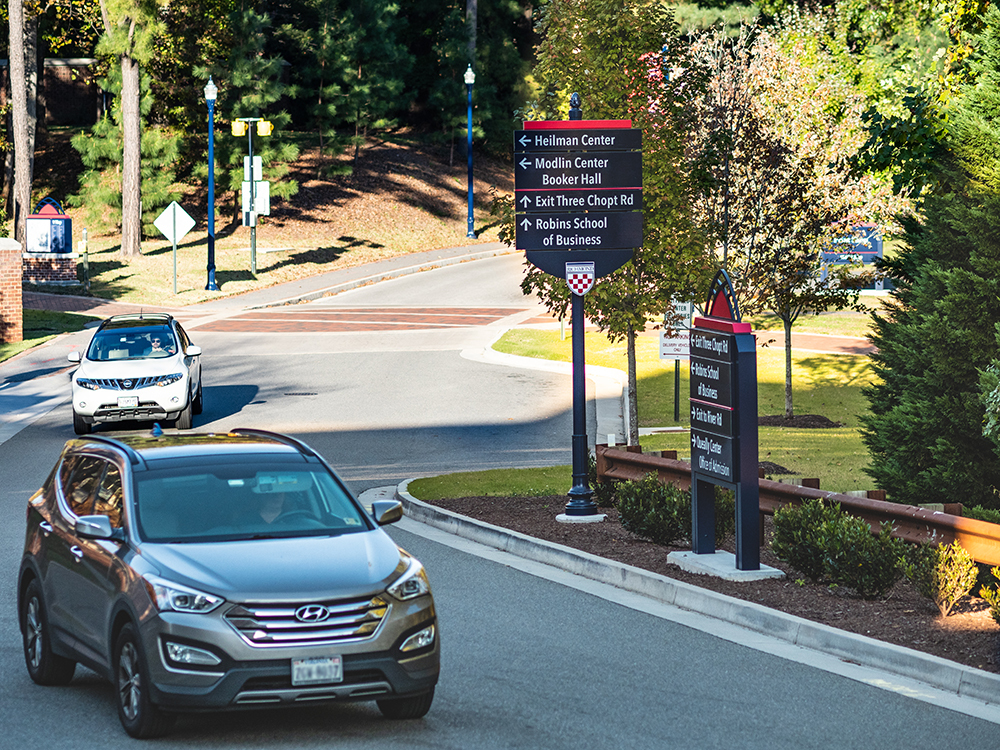