The University of Nebraska-Lincoln (UNL) had developed a comprehensive master plan document for their campuses. Among the recommendations, a complete wayfinding system to build on current investments in signage, visually unify the campuses, and better express the UNL brand. Corbin developed a wayfinding master plan, clearly describing wayfinding objectives and tools for both City and East Campuses. We then developed a system of wayfinding signage that consistently presents information, in context with these two very different campus environments:

City Campus is integrated with Downtown Lincoln, sharing many main roadways. Reduction in conflicts between vehicles and pedestrians and better defining boundaries of the campus were high-priority goals. Most buildings are historical and have an architectural red brick in common.

East Campus is enclosed and defined by an internal loop road on which destinations reside. A lighter-colored brick is the unifying visual feature.

Based on the existing signage, we built a vocabulary of exterior and interior elements that direct, inform, and improve the experience for all UNL visitors, fulfilling the original master plan objectives. 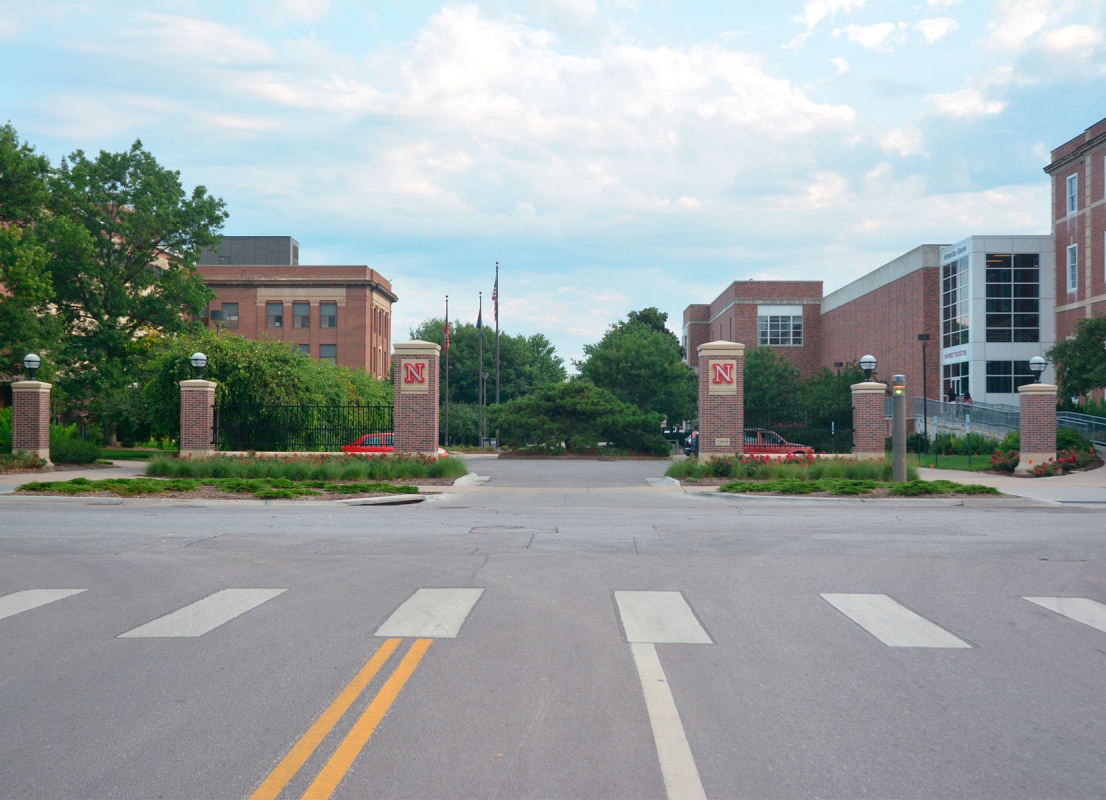 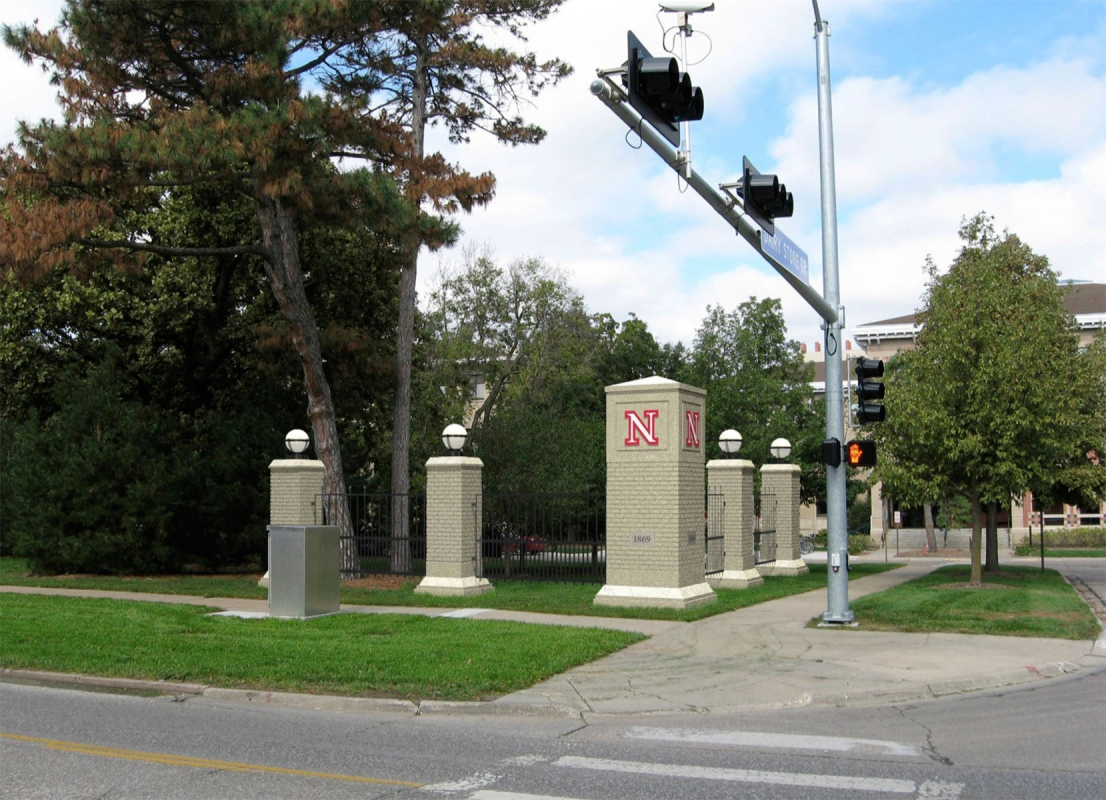 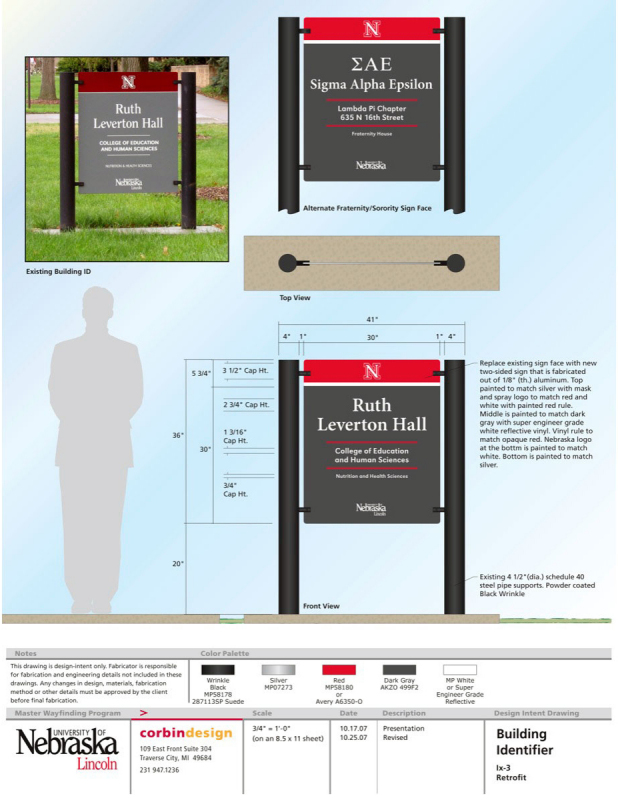 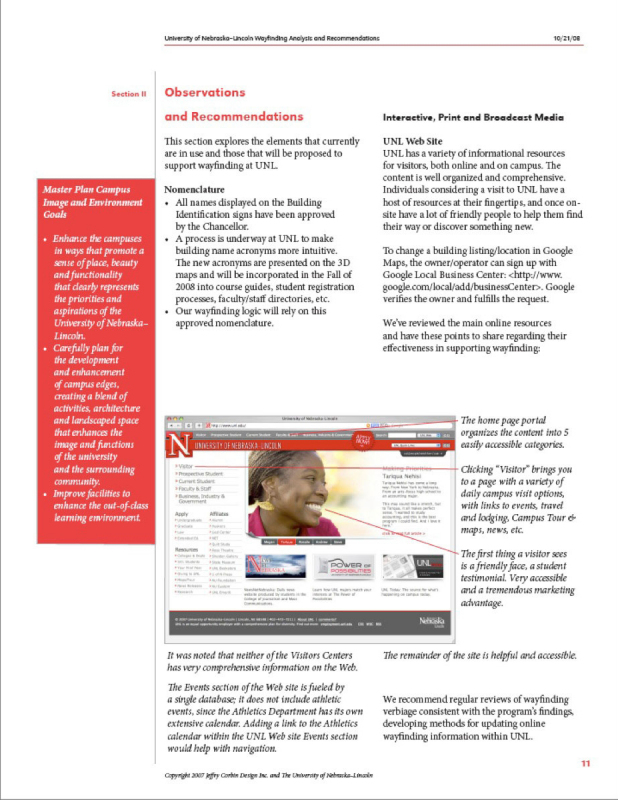 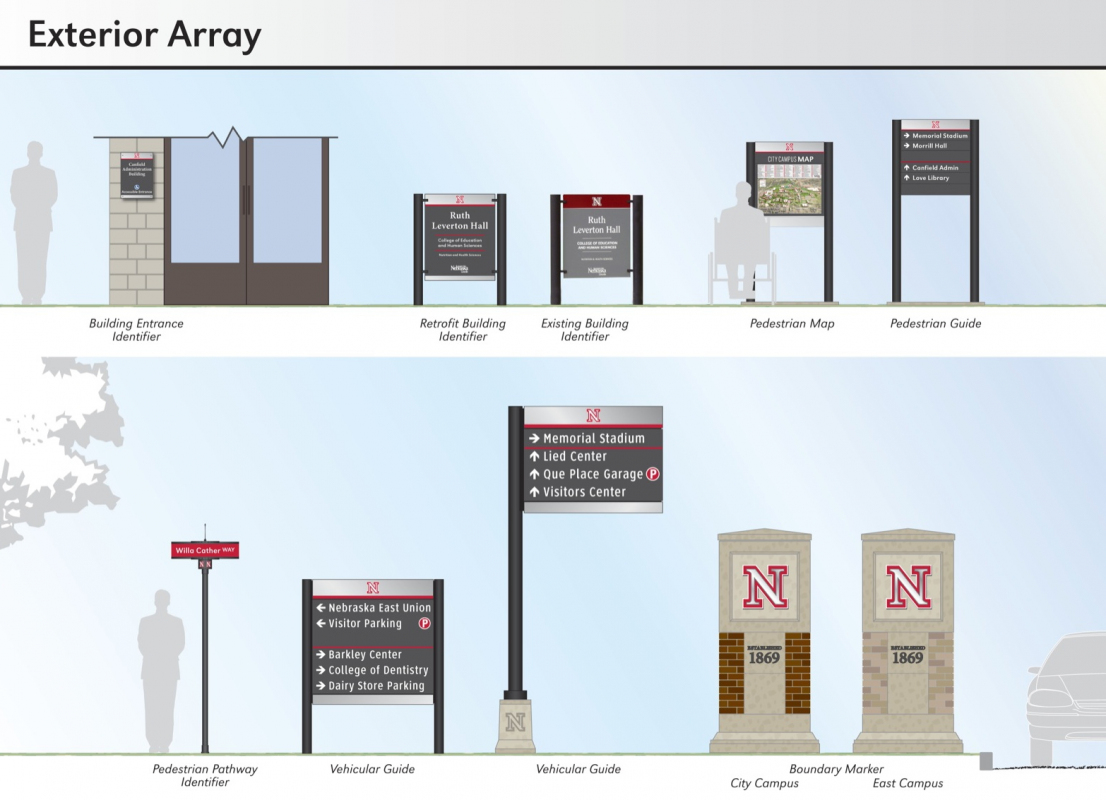