The University Park campus of The Pennsylvania State University exemplified many large academic campuses: While carefully planned and well-maintained, the campus had grown so much that wayfinding had become difficult. Penn State asked Corbin Design to develop a Wayfinding Master Plan that would capitalize on the university’s identity program, present a timeless aesthetic, respect the architectural character of the various areas of the campus, and support the many “businesses” of the university.

After careful analysis of the existing conditions and circulation patterns, Corbin Design recommended a series of sign types to support wayfinding. Trailblazers direct visitors along regional highways. Visitors are welcomed by a series of Boundary Markers that mark the perimeter of the campus. Vehicular signage supports wayfinding to 30 top traffic-generating destinations. Visitors are directed to one of three public parking decks. Pedestrian signage supports wayfinding to all campus destinations using variations of the campus map. Parking deck maps show the entire campus. Maps located across the campus depict the ”local neighborhood” while also offering directions to the top destinations farther away.

Corbin Design’s work on this project won an Award of Distinction from Creativity 31, and publication in the 31st Creativity Annual. 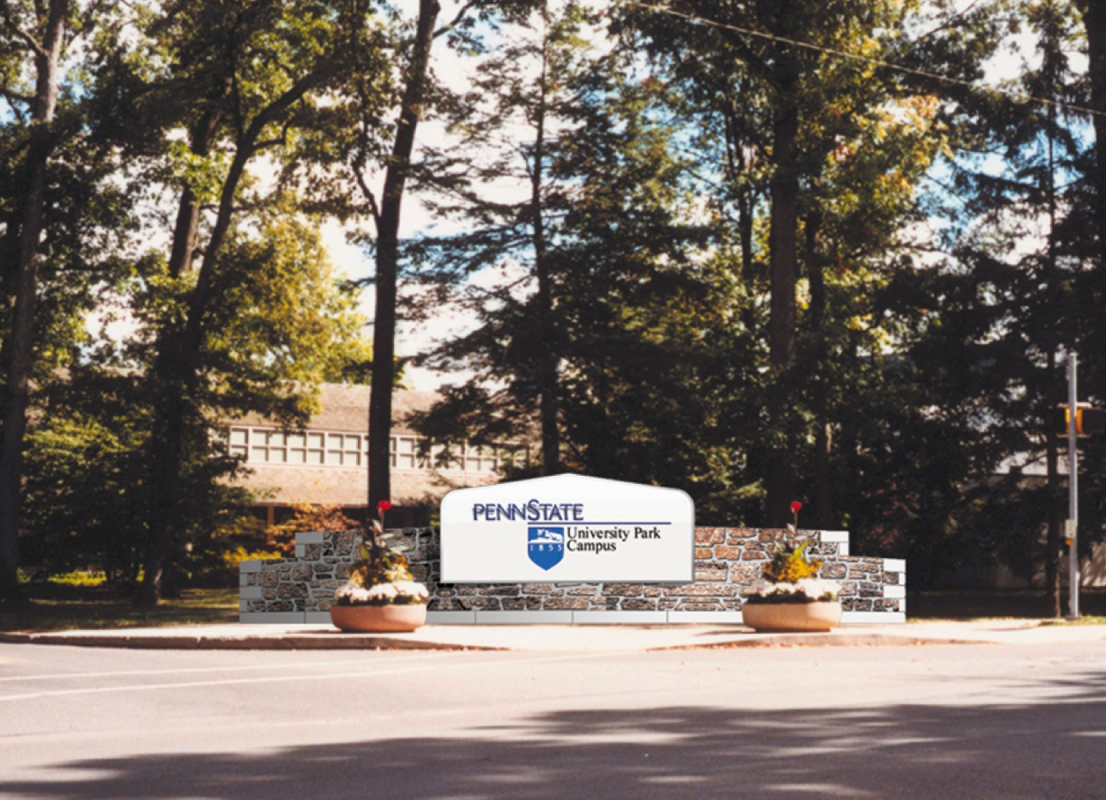 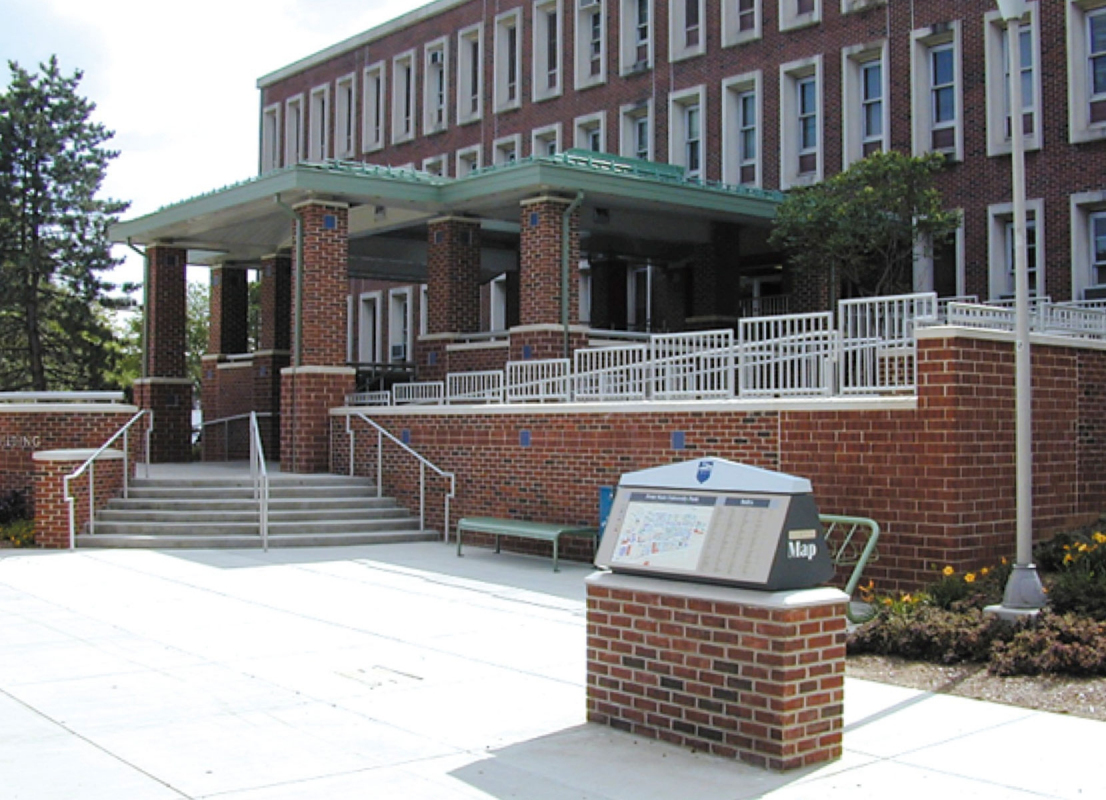 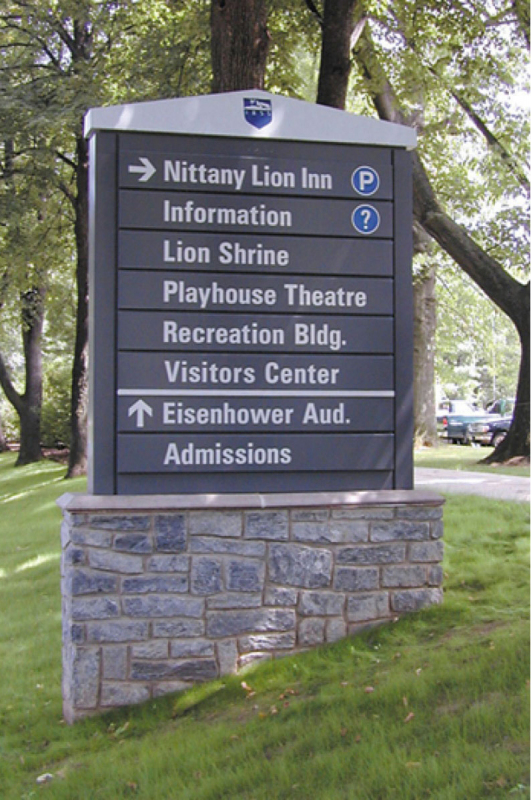 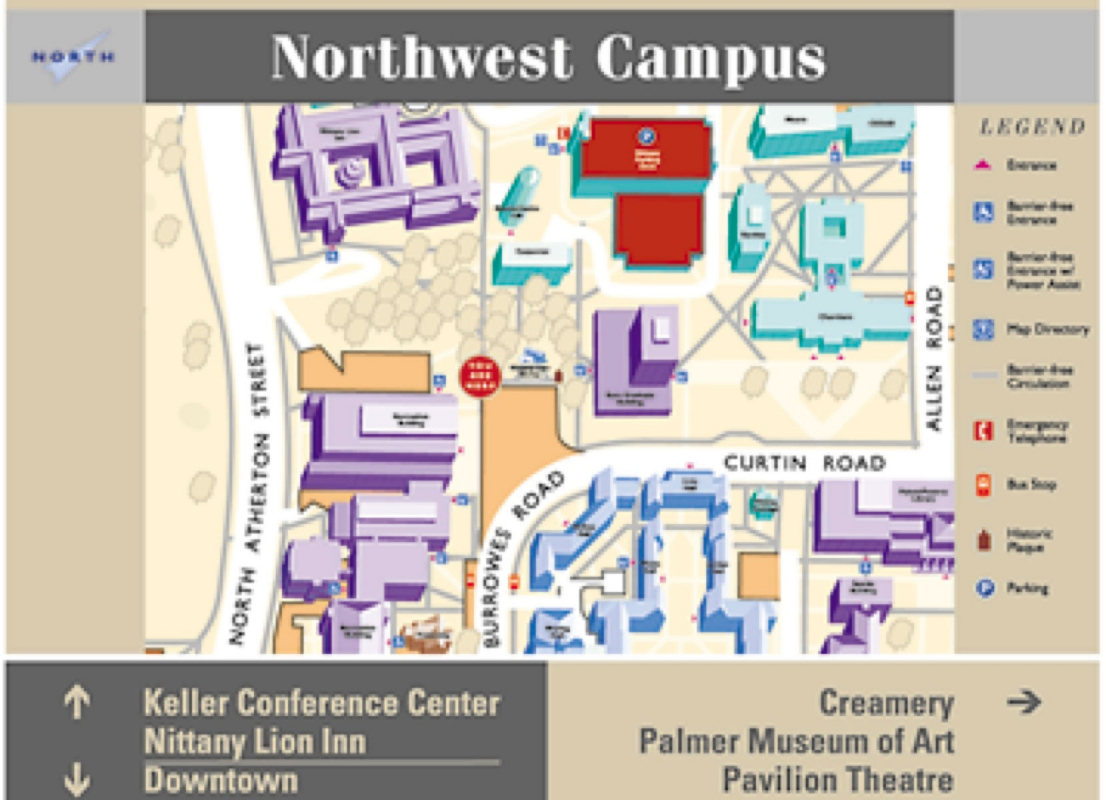 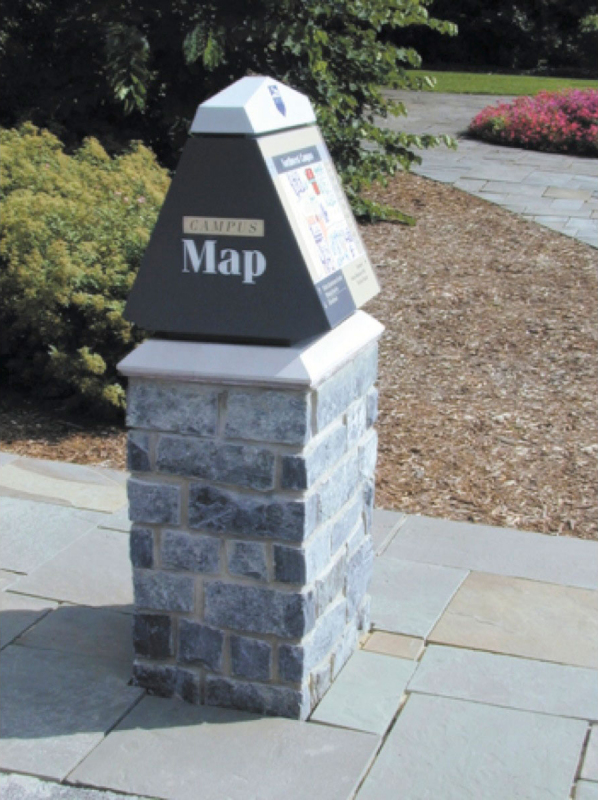 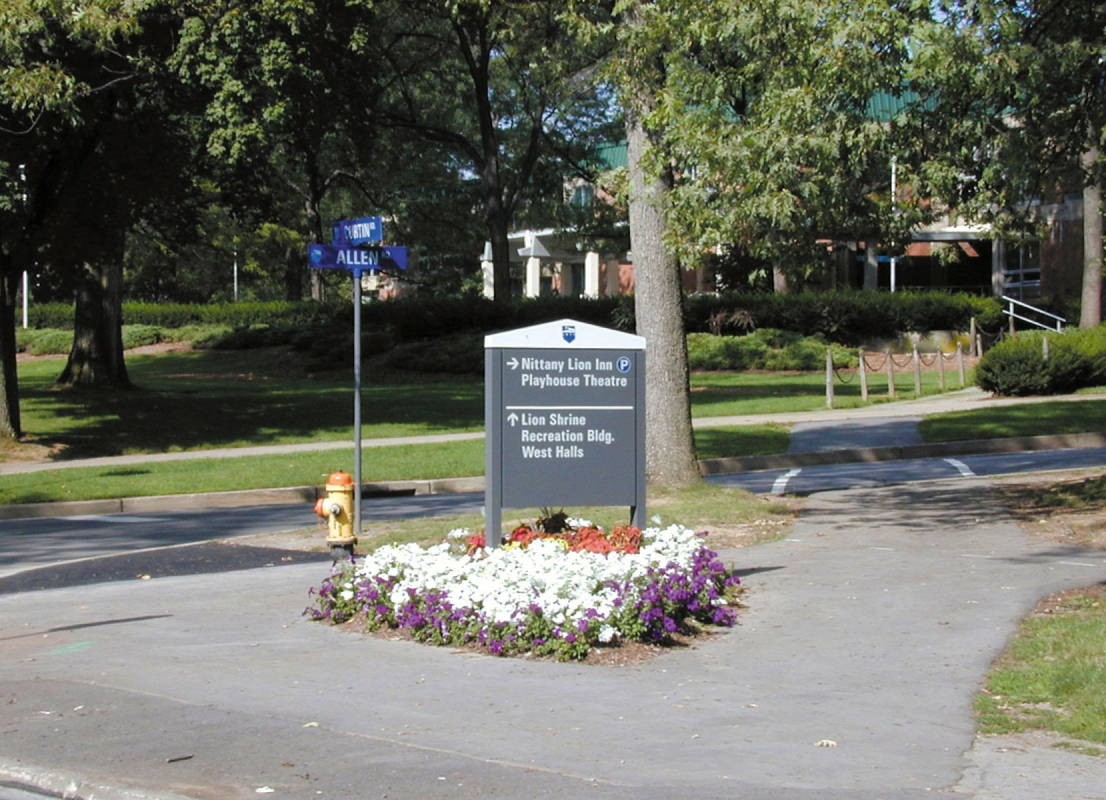