With four campuses spread around suburban Palm Beach, Florida, Palm Beach Community College needed an integrated wayfinding and signage system that enhanced the visual character of the campuses, defined their boundaries, and efficiently guided students, staff, and visitors around each campus.

Corbin responded with a striking series of signs that promote the college identity and use colors and building materials common to the region. Exterior sign types include boundary markers, campus entrance identifiers, vehicular and pedestrian directional signs, campus maps and building identifiers. Inside educational and administrative buildings, a series of overhead and wall-mounted directional signs, regulatory signs, building maps, and room identifiers guide people to their destinations.

A detailed Signage Master Plan spells out where the signs should be used and how they need to be fabricated, for use in the installation of the new system and during future updates.

The initial implementation of the system has been installed at the college’s 114-acre “Central Campus” in Lake Worth, and at a second campus in Belle Glade. In the meantime, Corbin and college officials are preparing plans to install the system at the final two campuses in Boca Raton and Palm Beach Gardens. 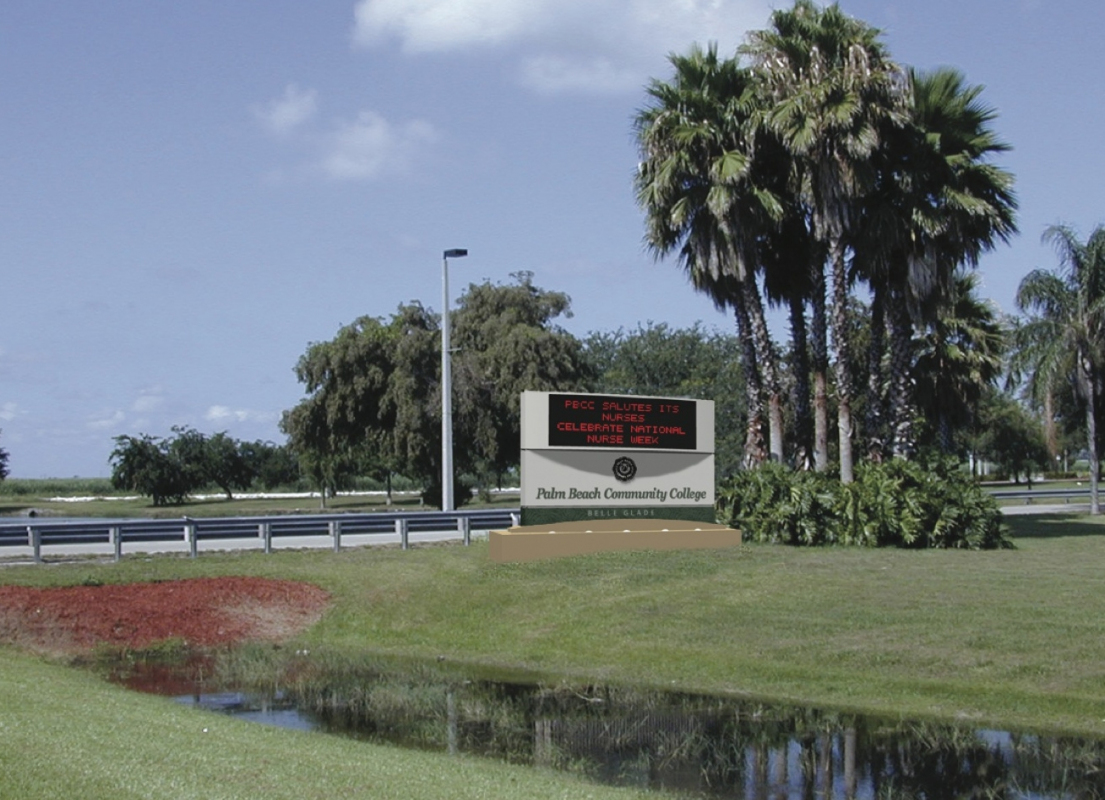 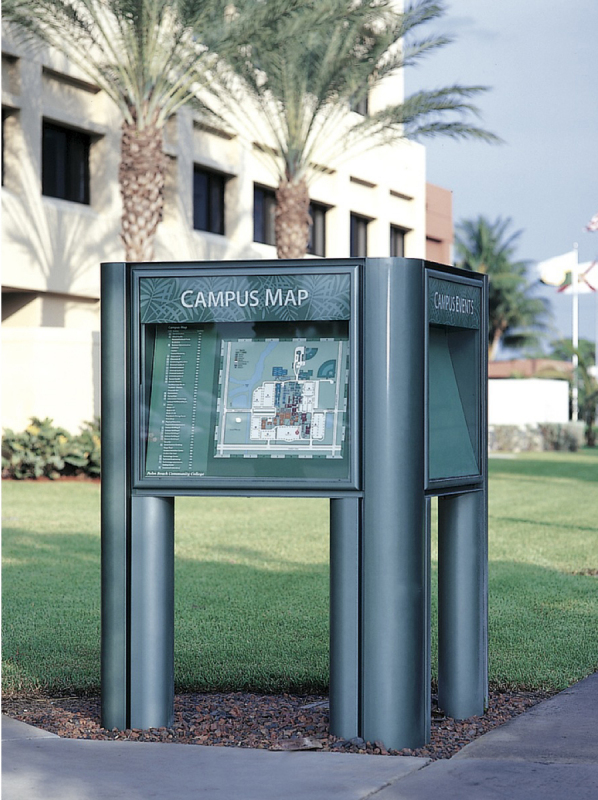 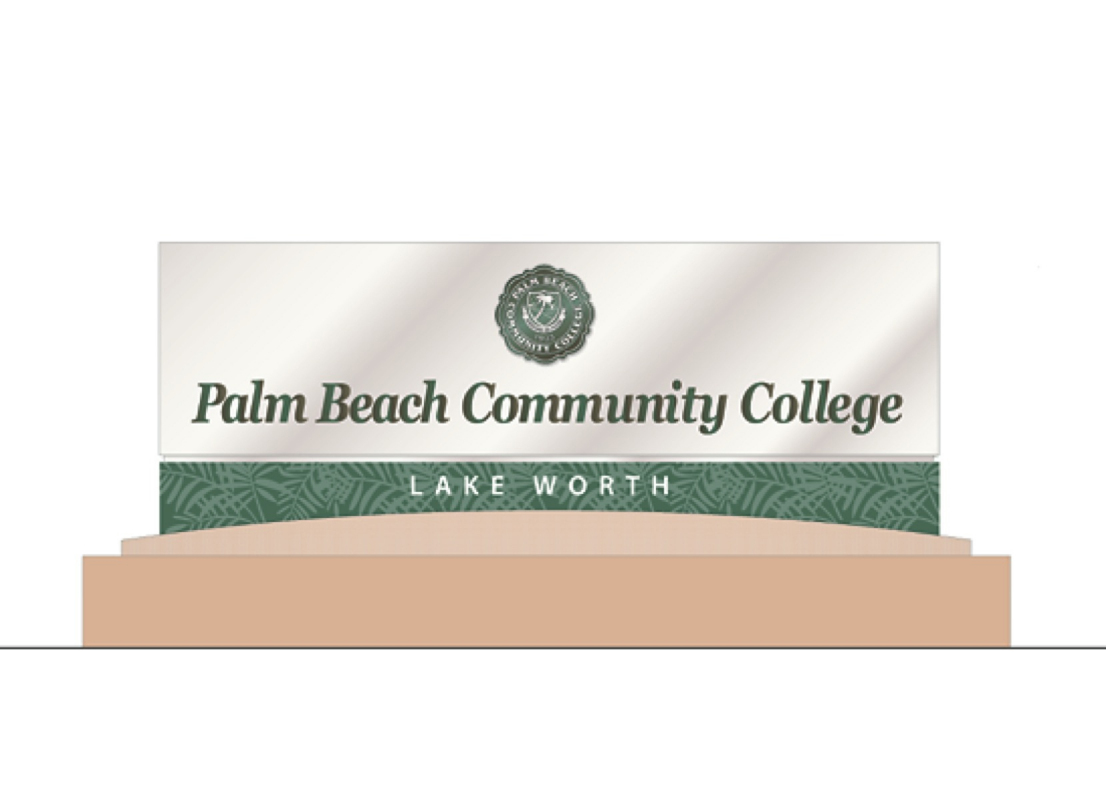 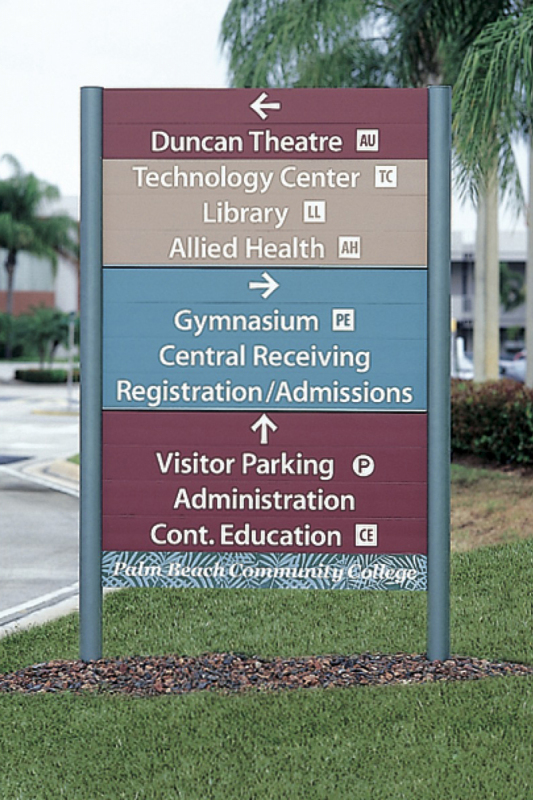 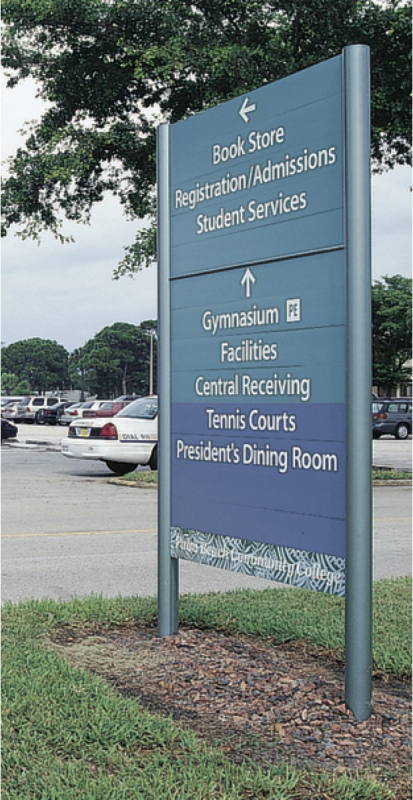 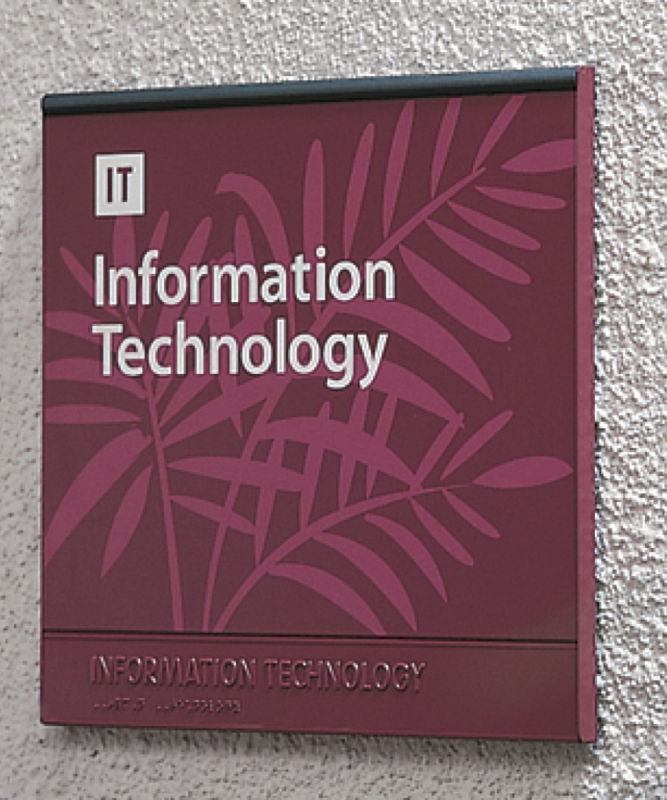 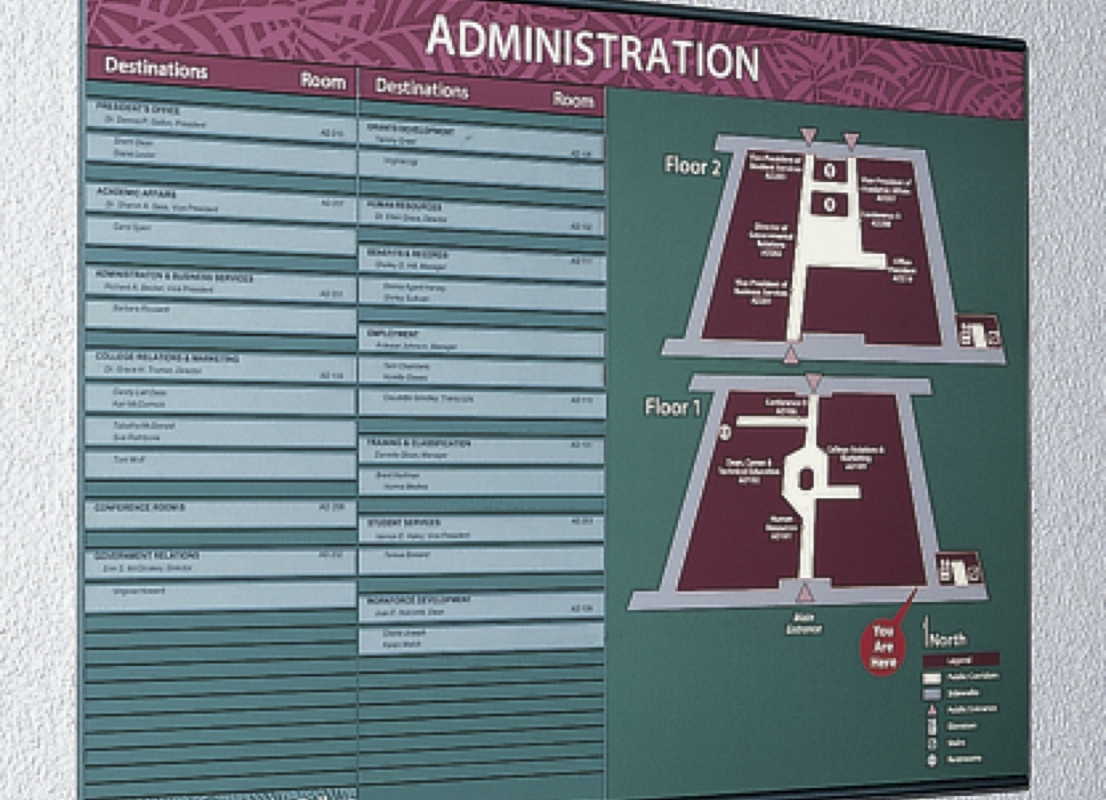