As one of the largest college campuses in the United States, Michigan State University’s campus spans more than 5,200 acres with more than 545 buildings. Because of this size and scale, there was not going to be a one-size-fits-all wayfinding solution here.

The new wayfinding logic developed divided the campus into districts: North Campus, South Campus, East Campus, West Campus, and MSU Farms. By creating districts, MSU can simplify wayfinding and direction-giving as well as reduce the number of signs on campus and the information on them.

However, with the districting, it became clear that some areas of campus, particularly North Campus, have a different look and feel. To ensure that the wayfinding system was cohesive with the campus, slight modifications were made to the design for signs located within the North Campus. The patina color and fluted poles were used to match the distinctive architecture in this older part of the campus. The rest of the system features more contemporary posts.

The new wayfinding standard is being implemented throughout campus in phases, and as new building projects and campus renovations come online. 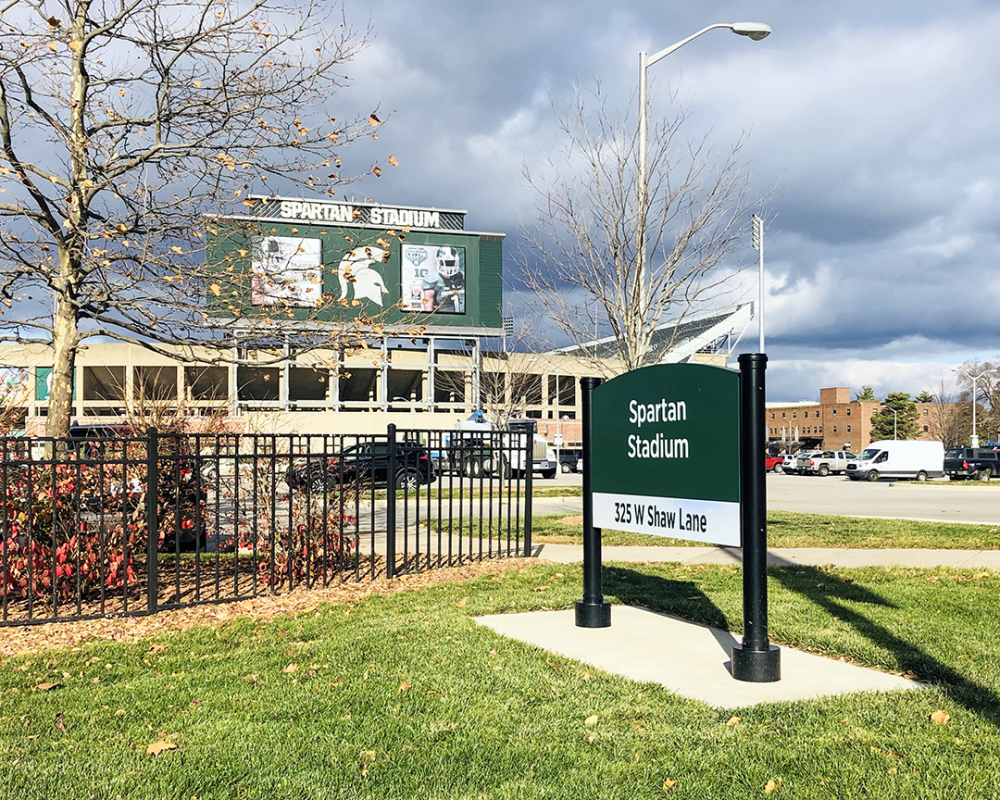 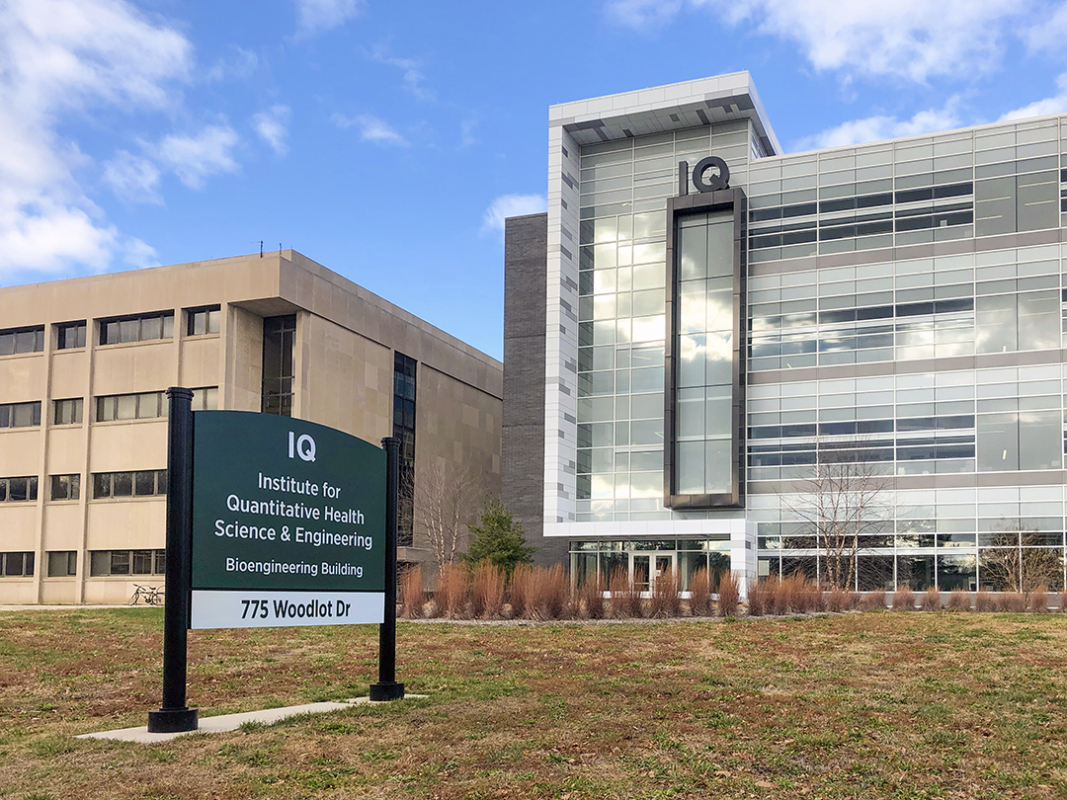 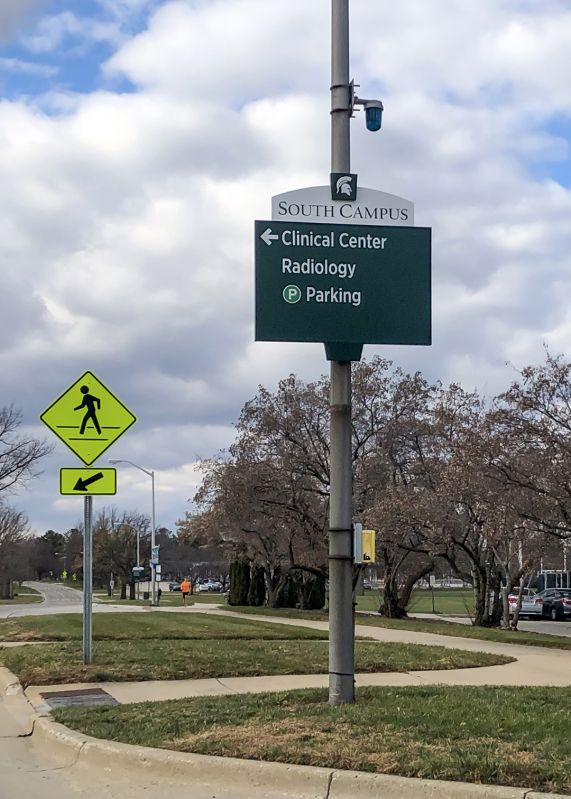 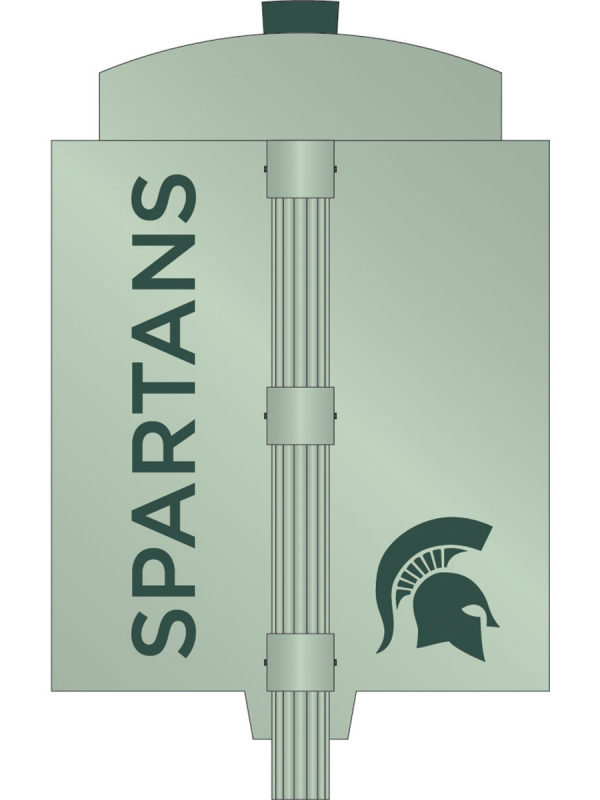 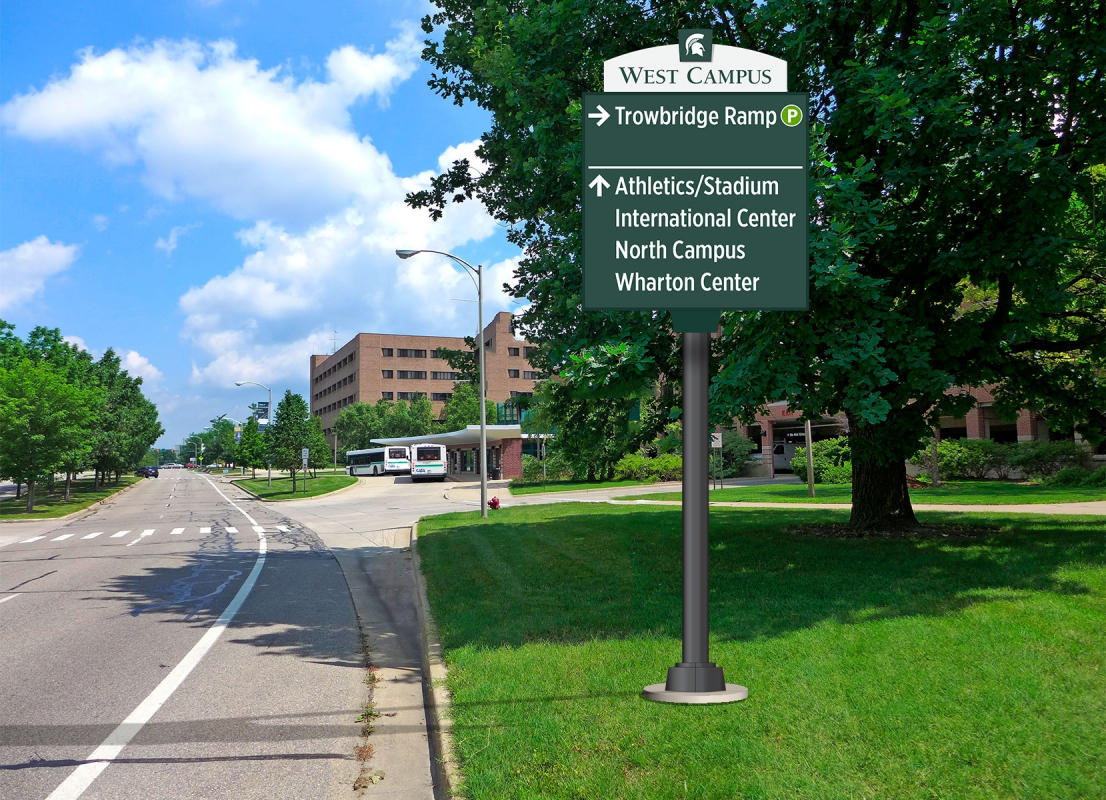 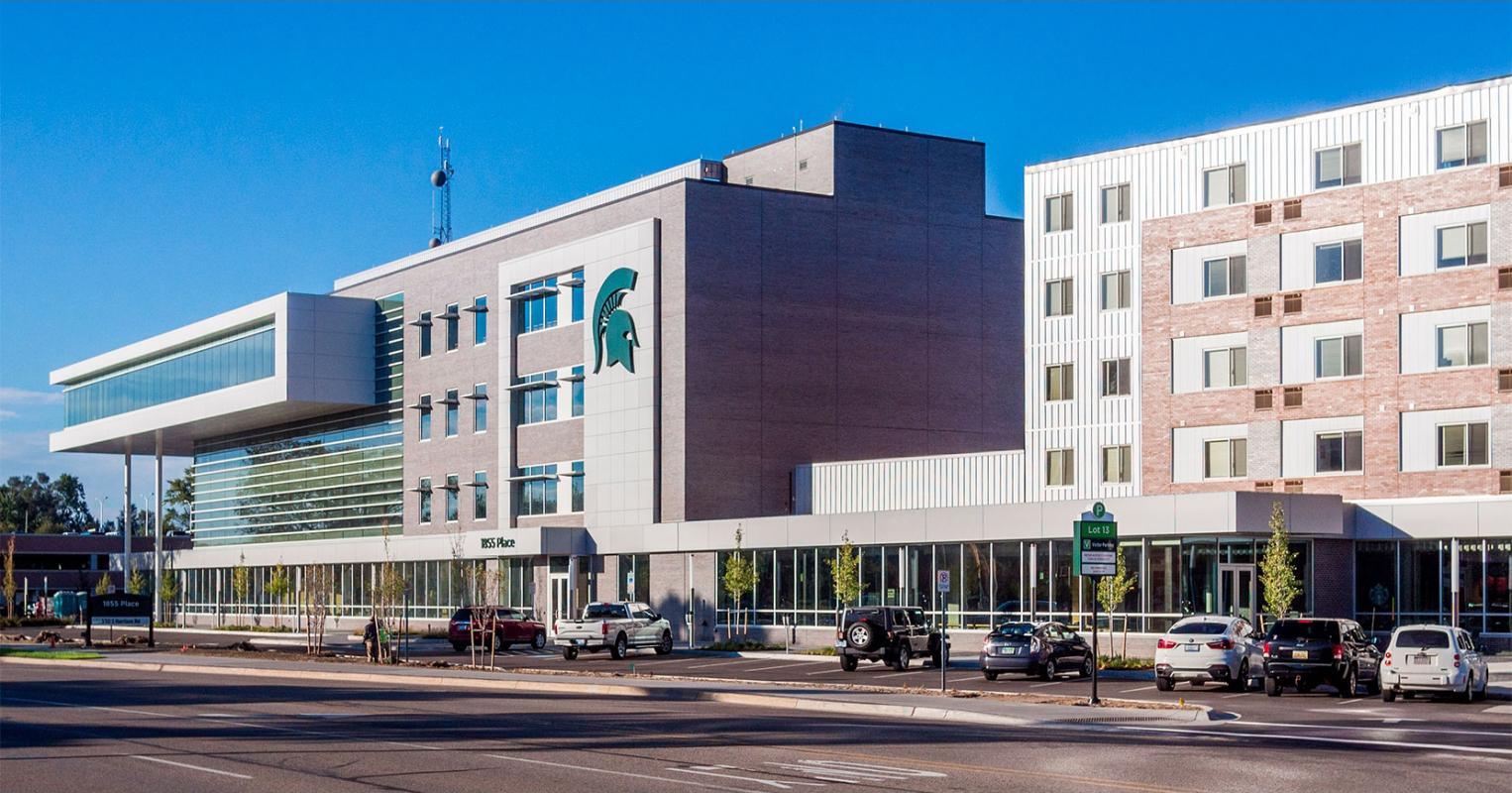 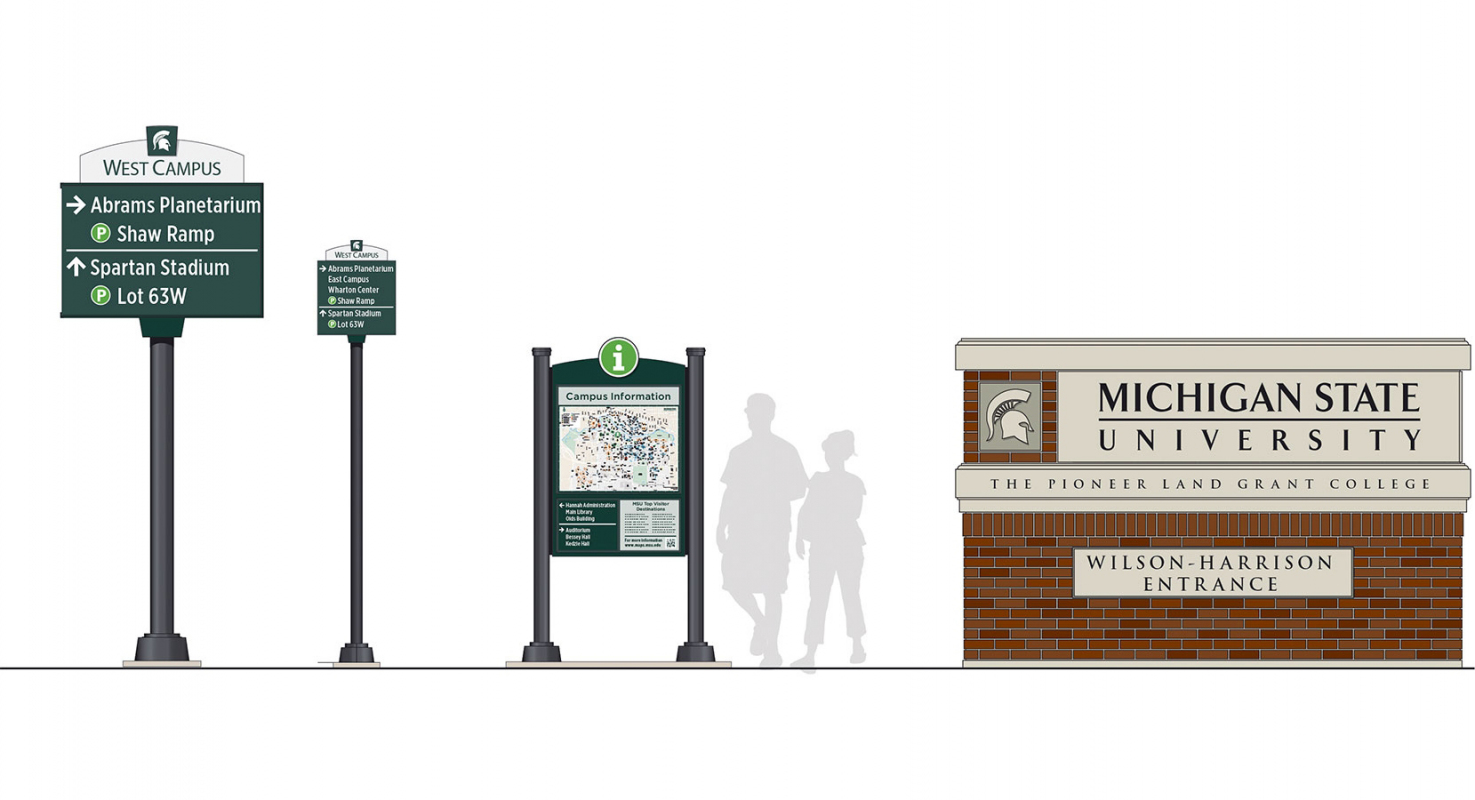 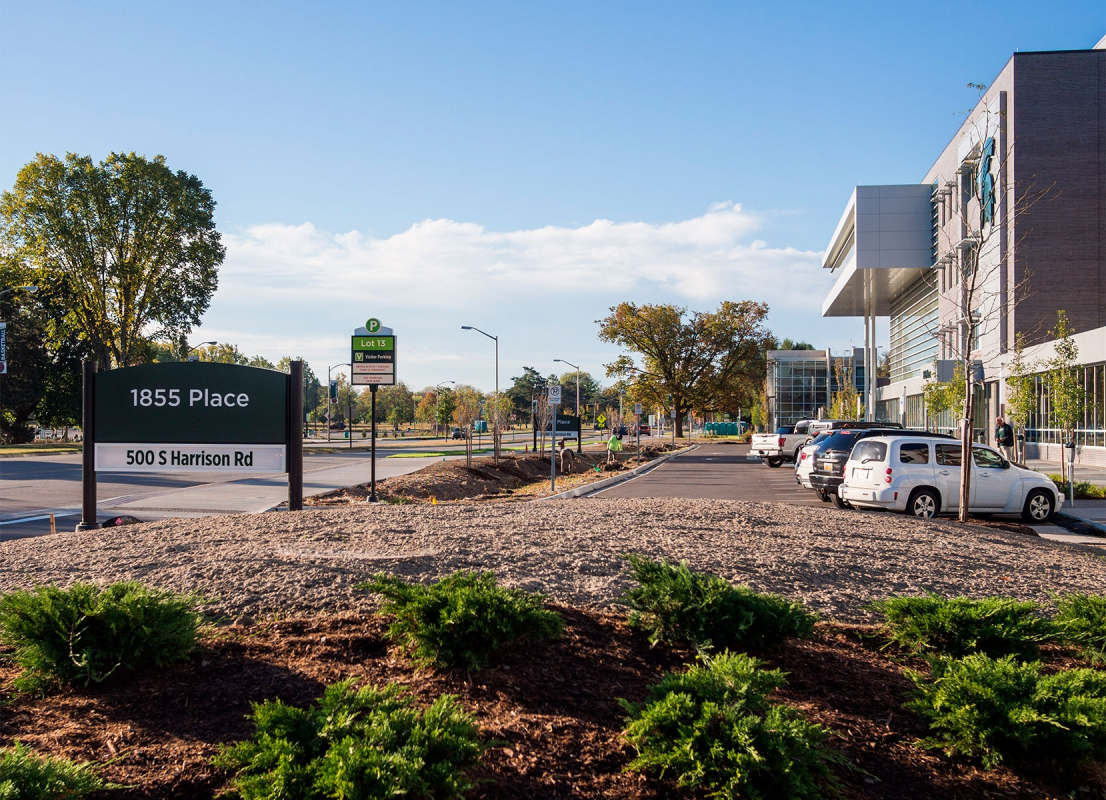 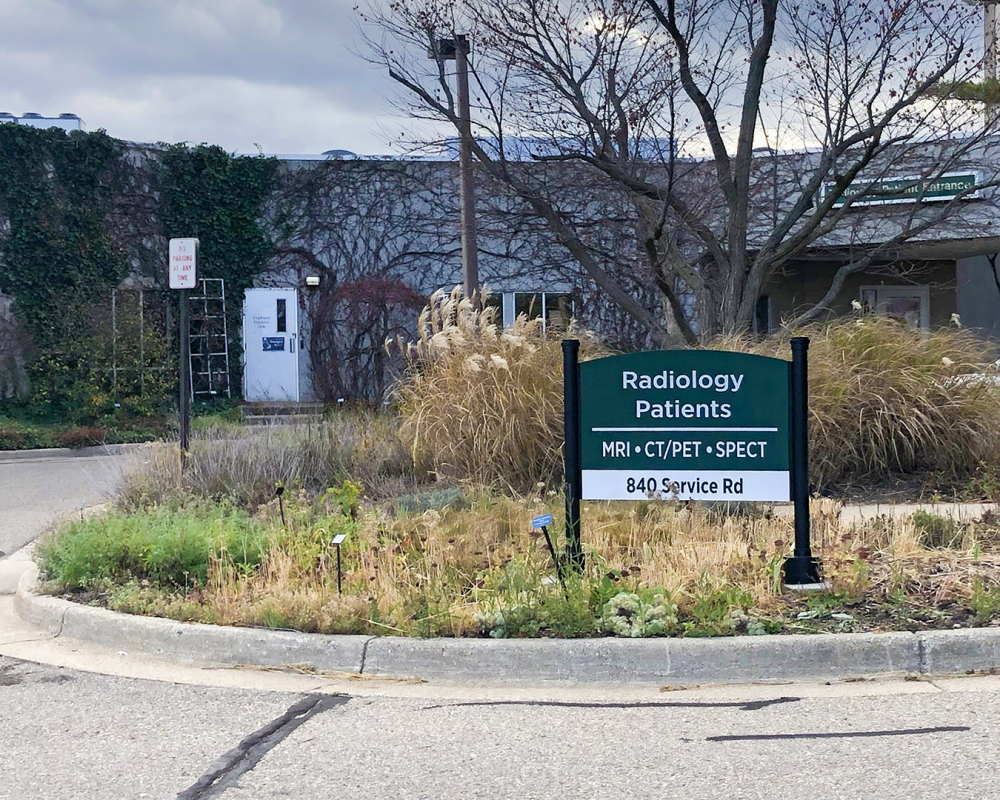 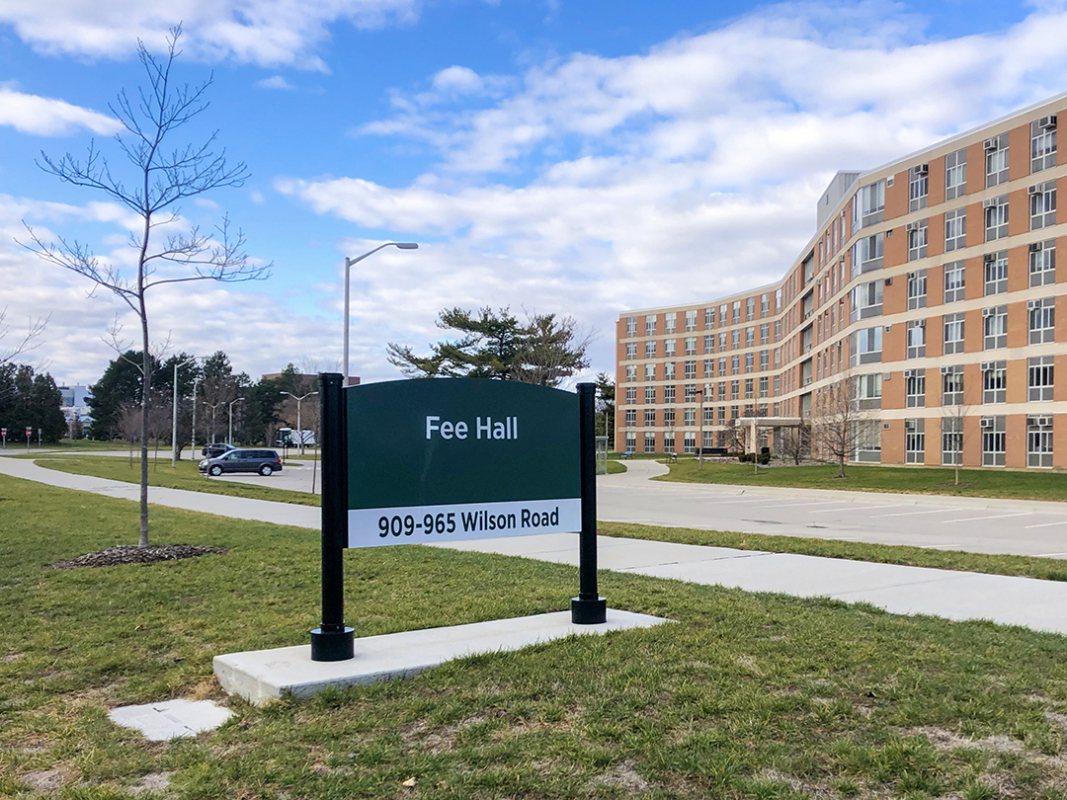 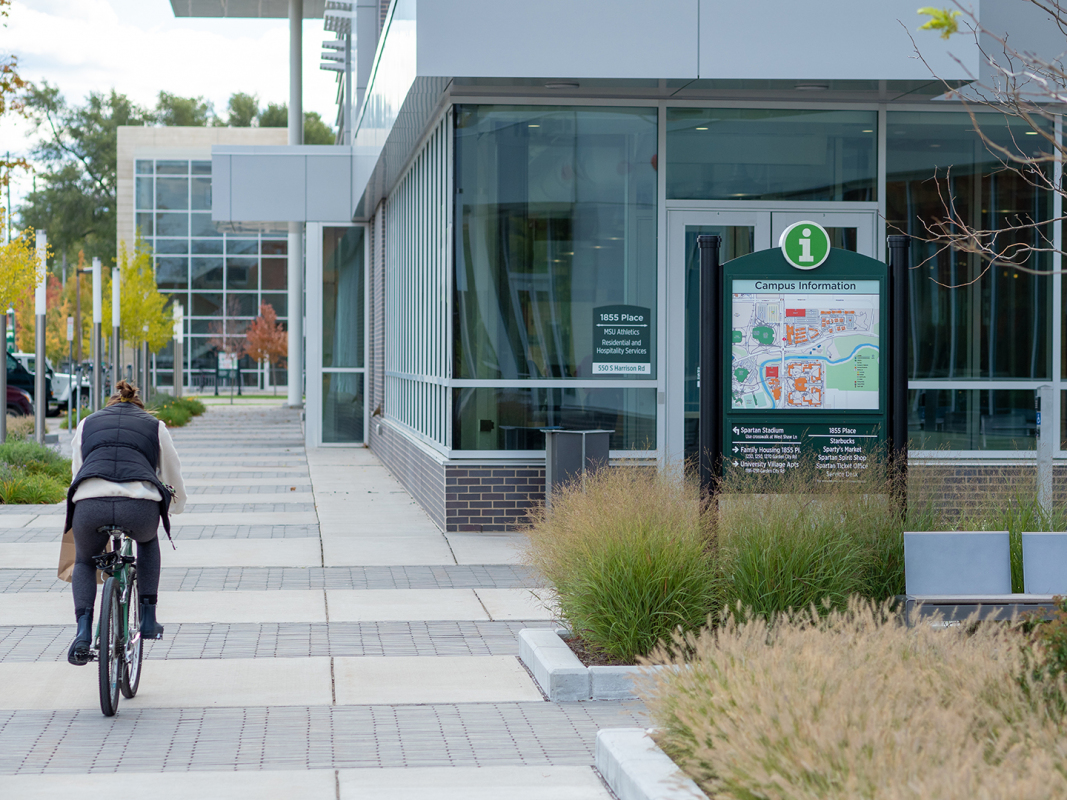