As the fifth largest university in Indiana, IPFW has grown to encompass 682 acres with 40 structures. These are divided between four campuses, five colleges, one school and 33 departments. As a first-time visitor, finding your way can be a challenge.

As part of the master plan, IPFW built an elevated concourse to connect the student union, library, athletic venues and parking. This helped to centralize student services, but significantly changed the way visitors experienced the campus.

The circulation logic is designed to reduce driving time within campus, and potential problems between vehicles and pedestrians. Cars stay on the outer edges by design: the Main Entrance serves two of the three visitor parking garages, and drop-off points throughout campus provide access to the main pedestrian path, newly named “Mastodon Way.”

Donor names are an important part of the language used at IPFW; incorporated prominently on building entrance identifiers, they’re designed both to honor the donors and for wayfinding. 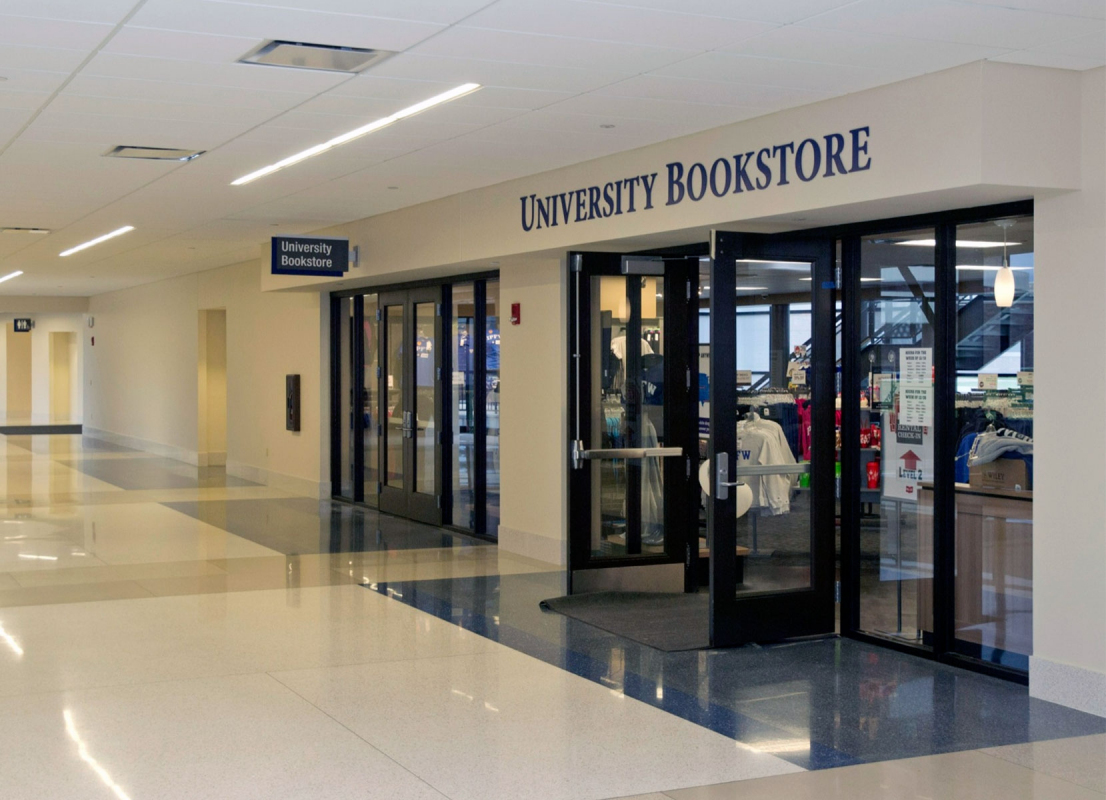 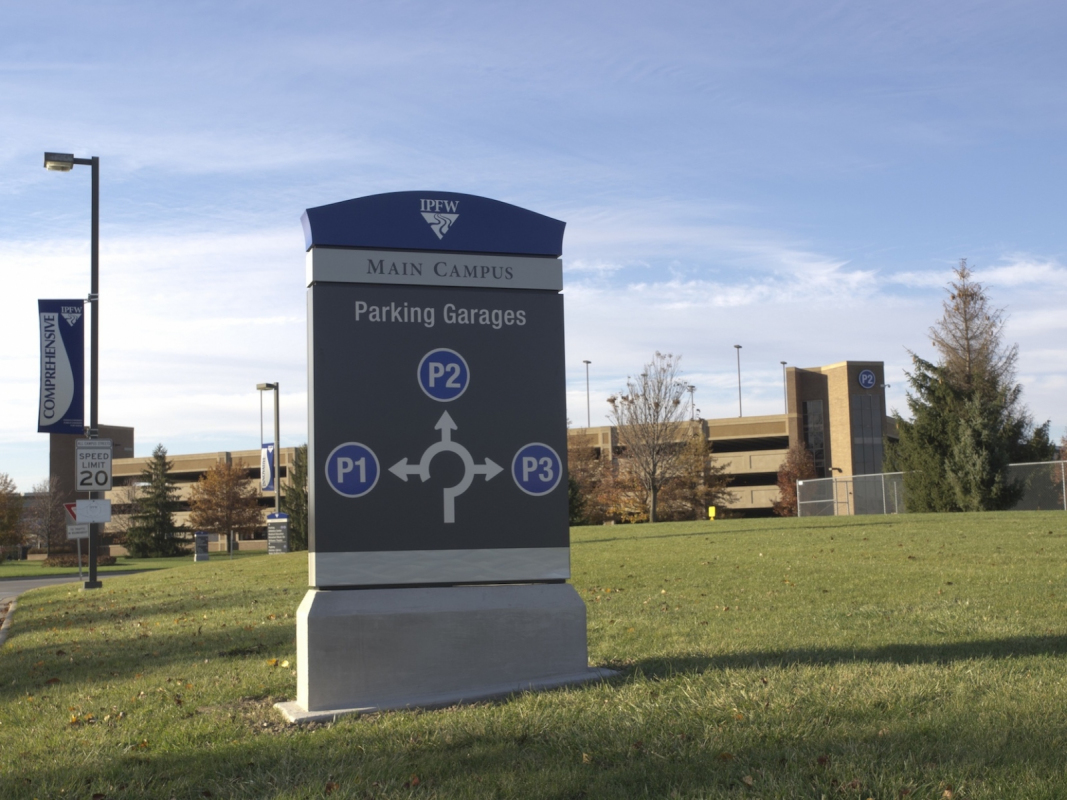 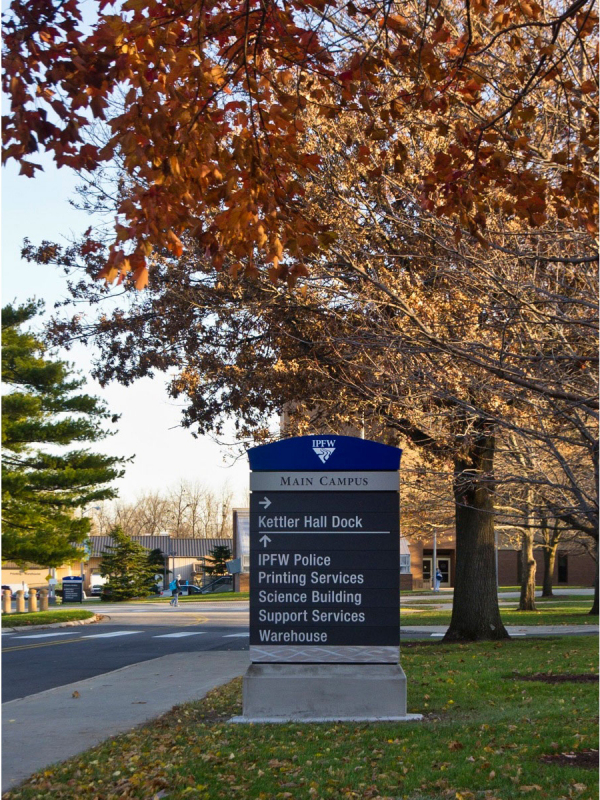 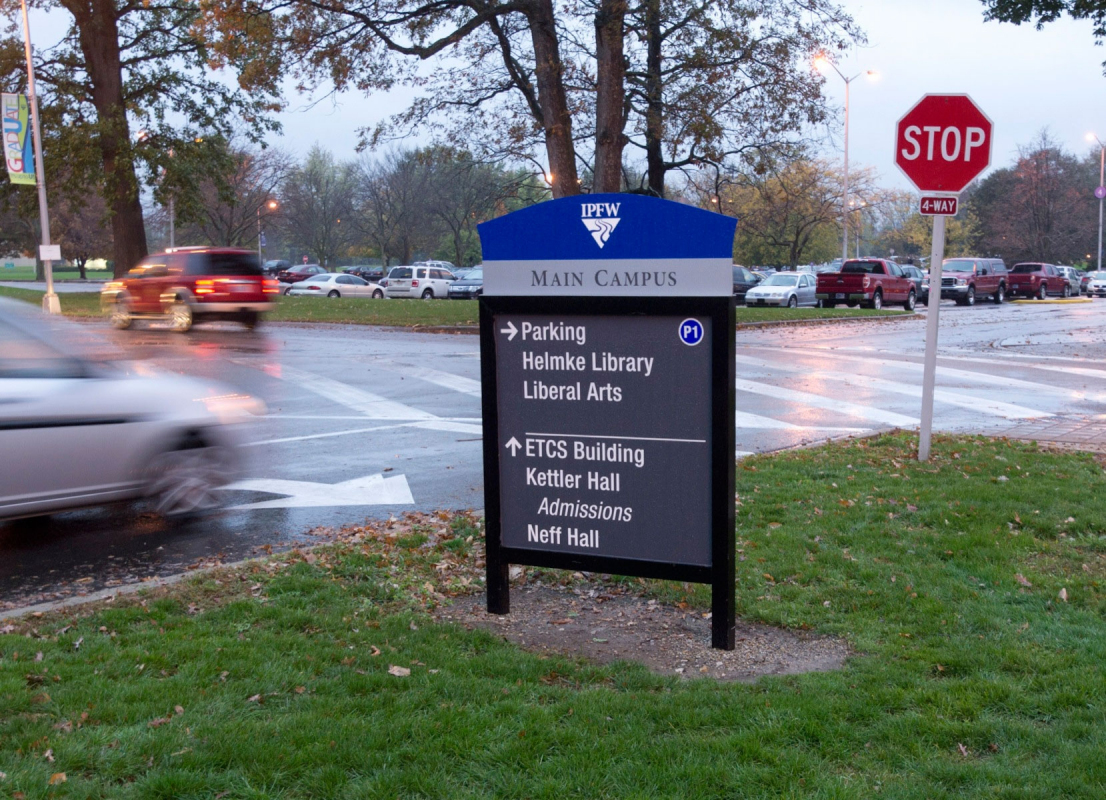 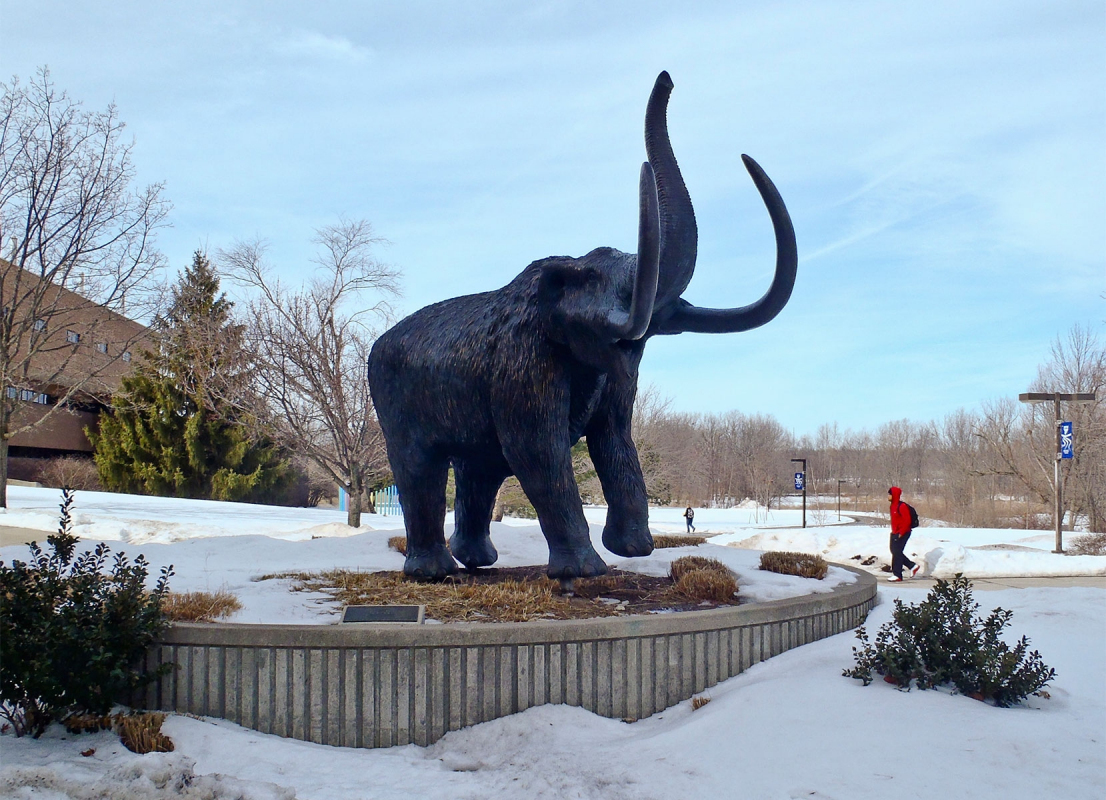 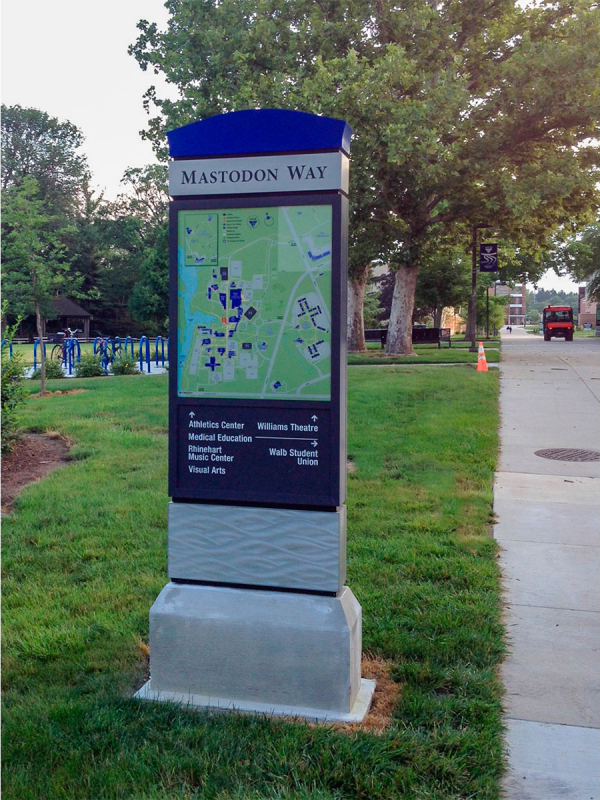 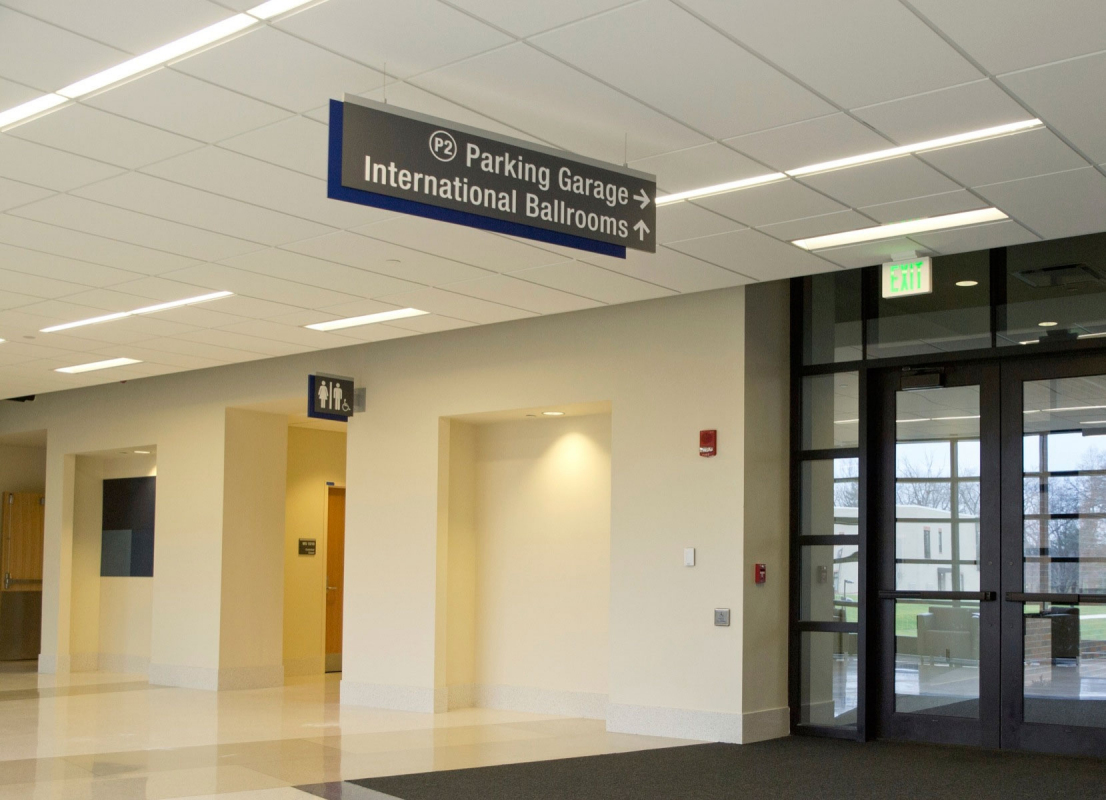 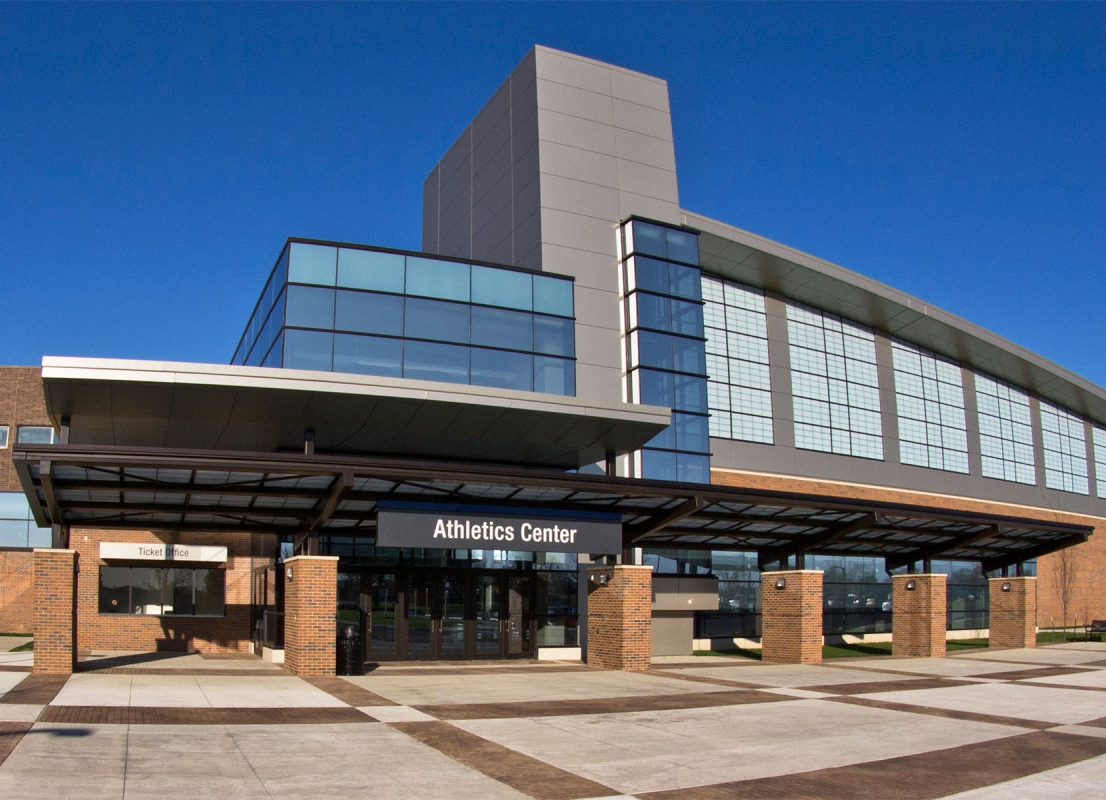 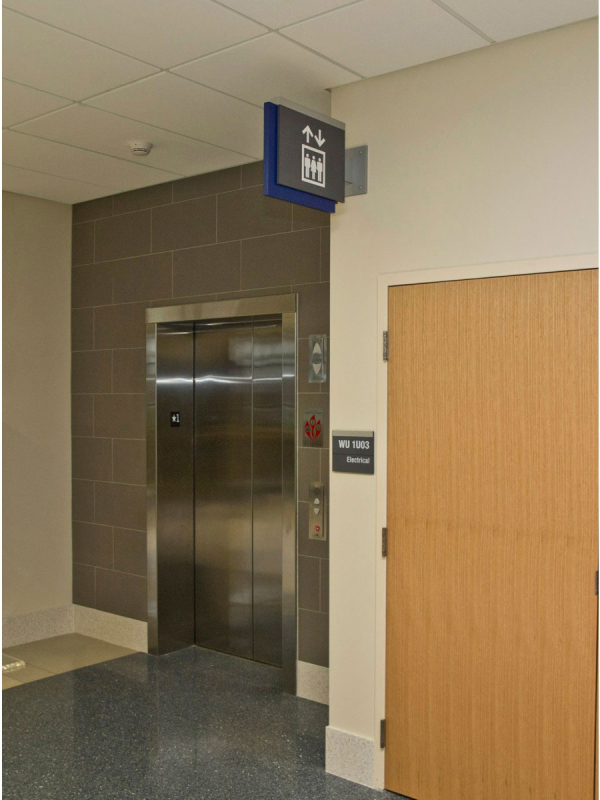 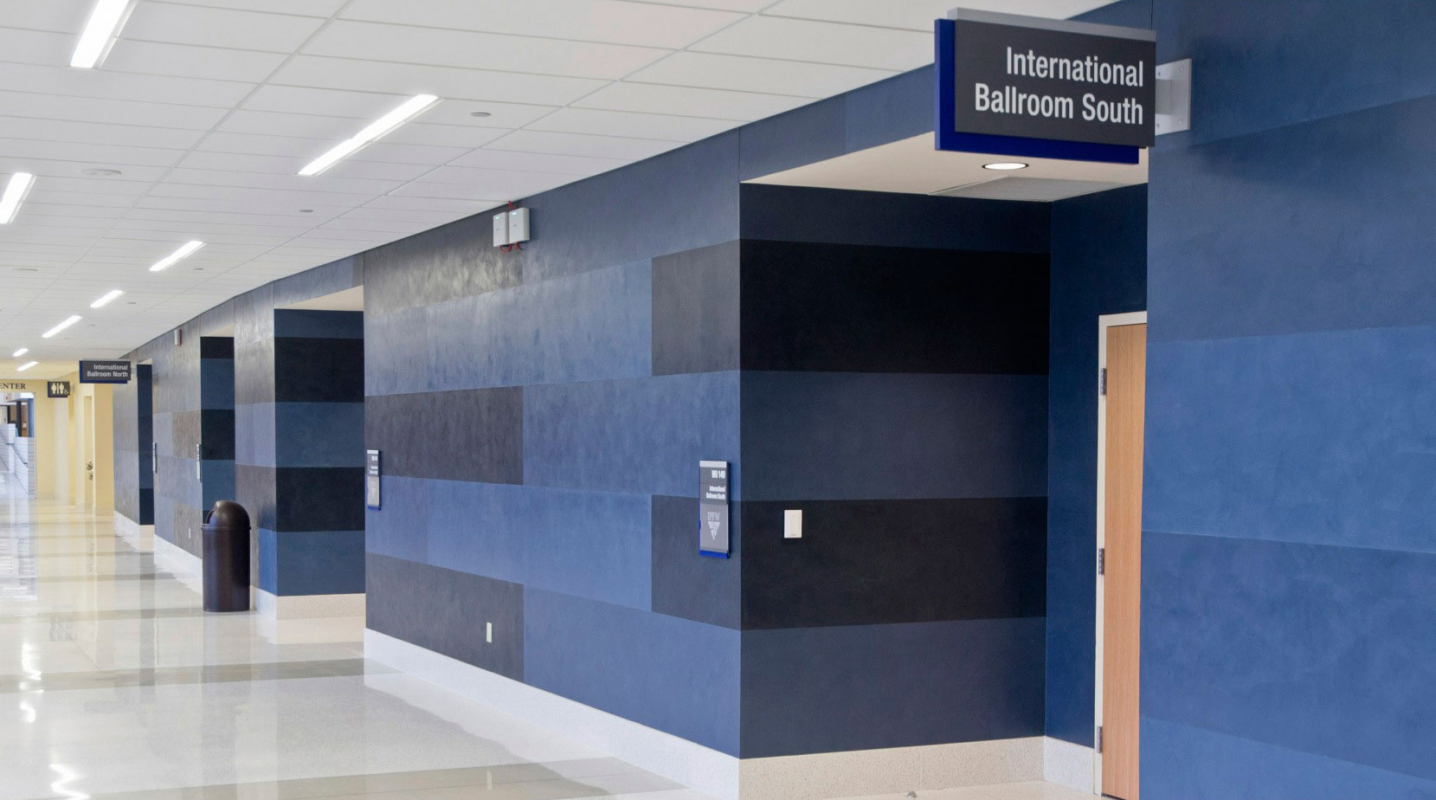 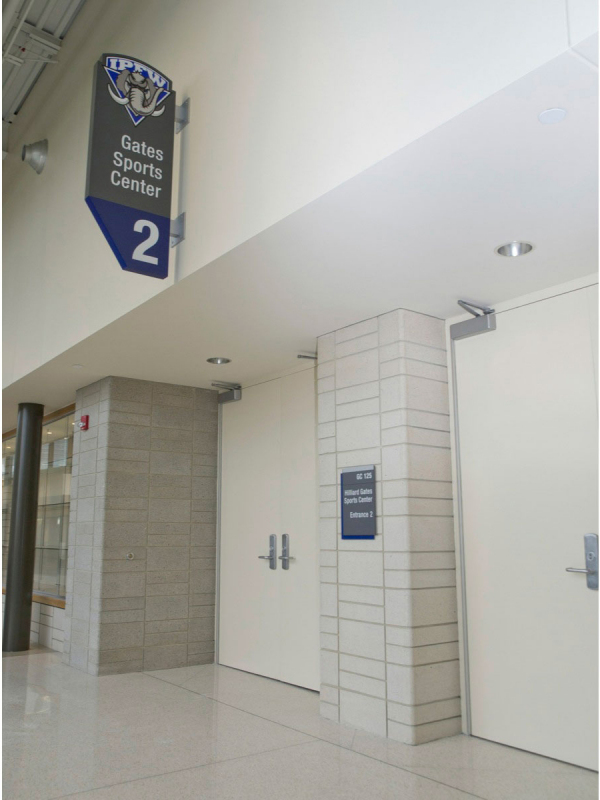