This growing suburban Chicago college—one of the largest community colleges in the Midwest—needed an updated wayfinding system after the addition of a new performing arts center and conference center.

The college’s previous use of both letter designations and names to identify its many buildings caused confusion, as the names did not always reflect the ever-changing educational environment within each building. By emphasizing letter designations rather than names, and listing primary departments once at the building, Corbin Design created a new system that allowed for both identification methods while accommodating changing building functions. The three-foot-tall letters installed high on each building also provided better identification from a distance, an important function on a 200-acre campus.

A key component to the system was the integration of three-dimensional campus maps. Large vehicular maps are located at each of the three entrances, and pedestrian maps with handheld brochures are placed along each pathway at major decision points.

The interior system allows for easy updating through the use of changeable paper inserts. The Harper blue and wave form are carried throughout the boundary markers and waving banners into the interior with building directories and room identifiers. 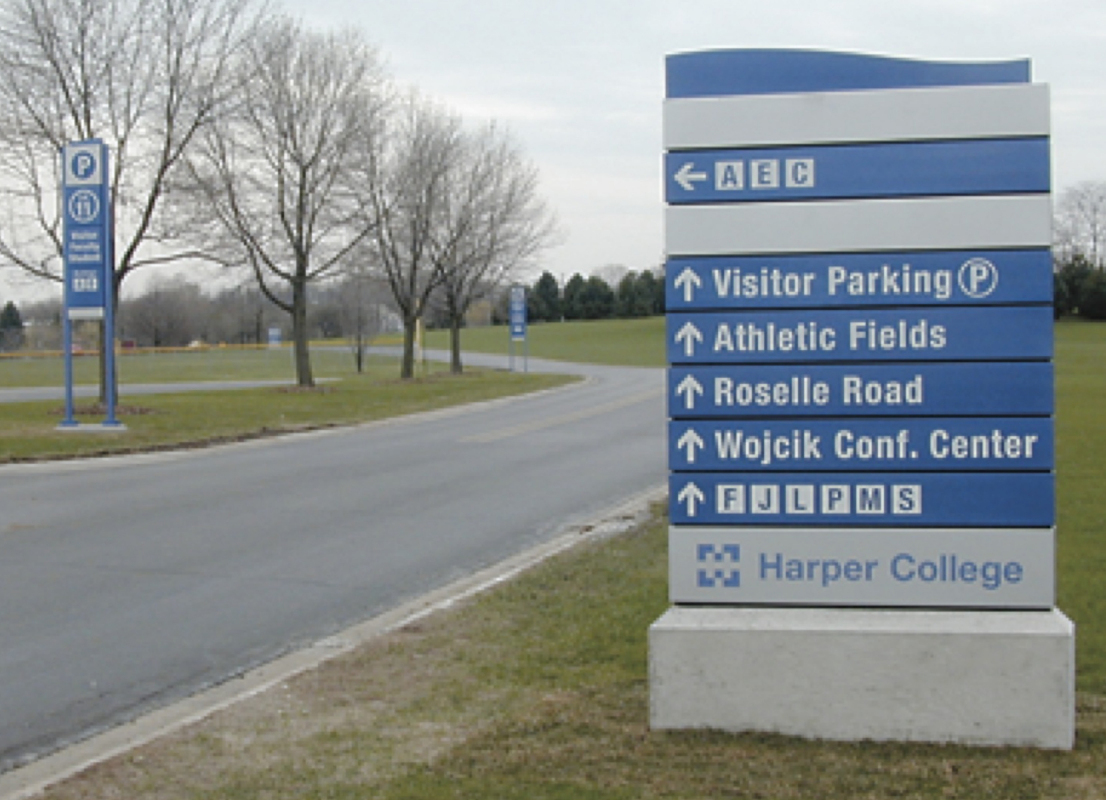 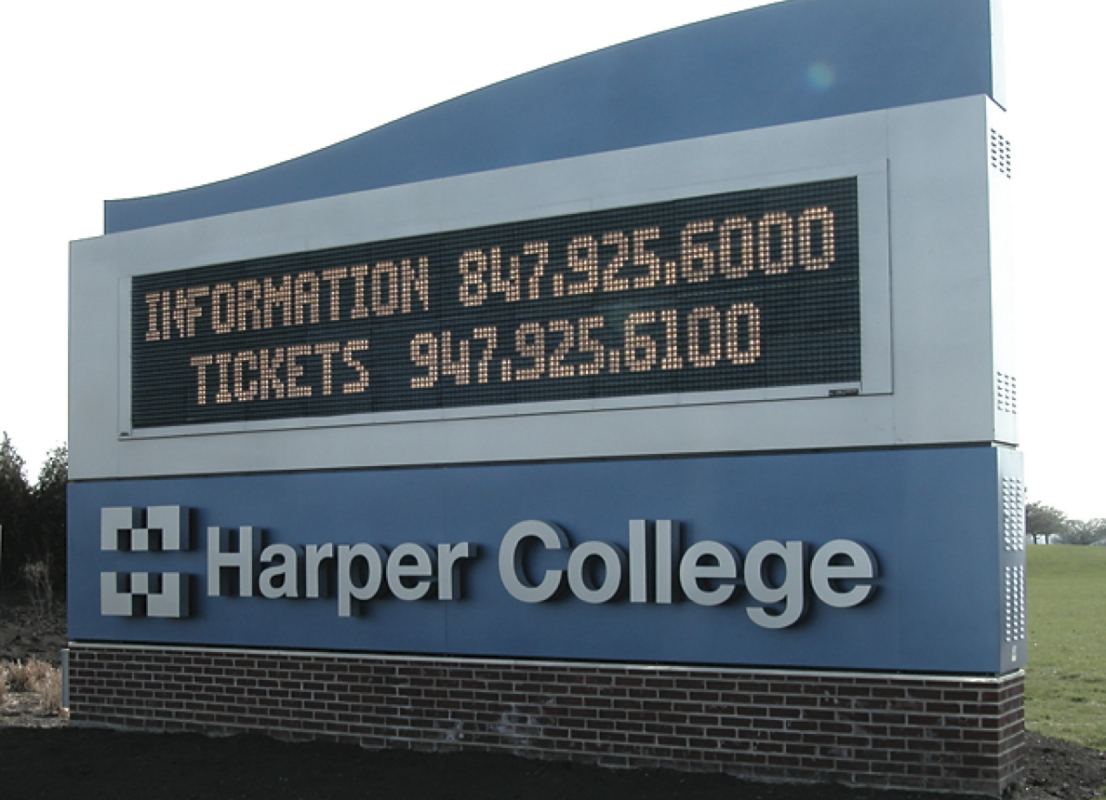 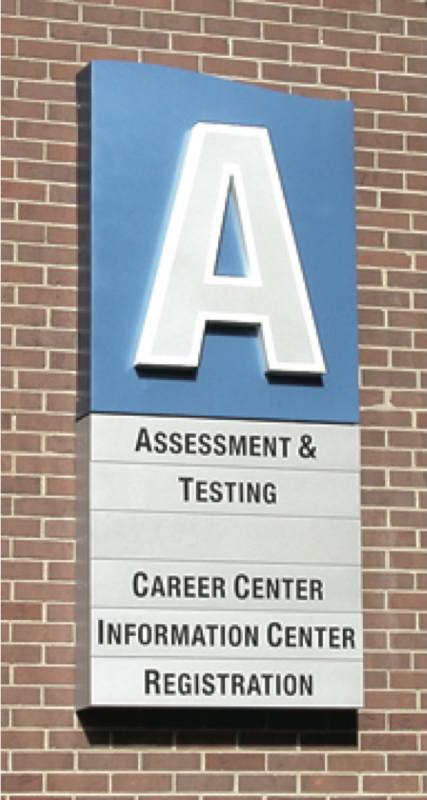 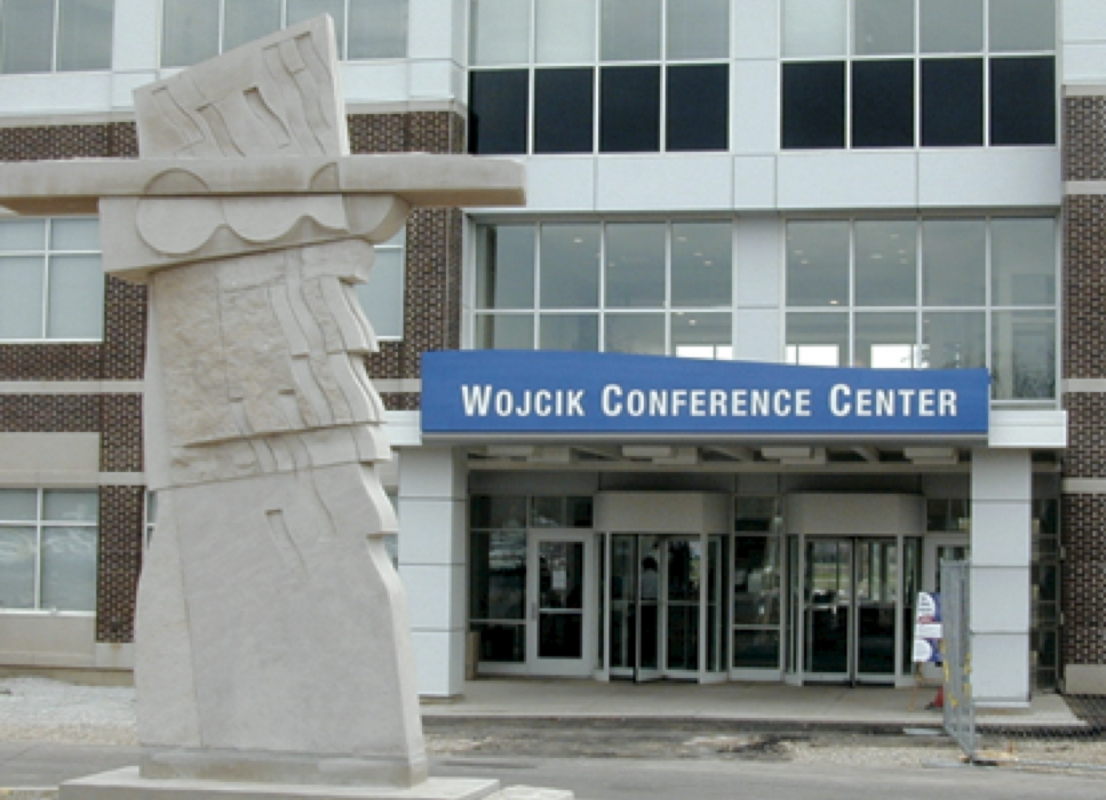 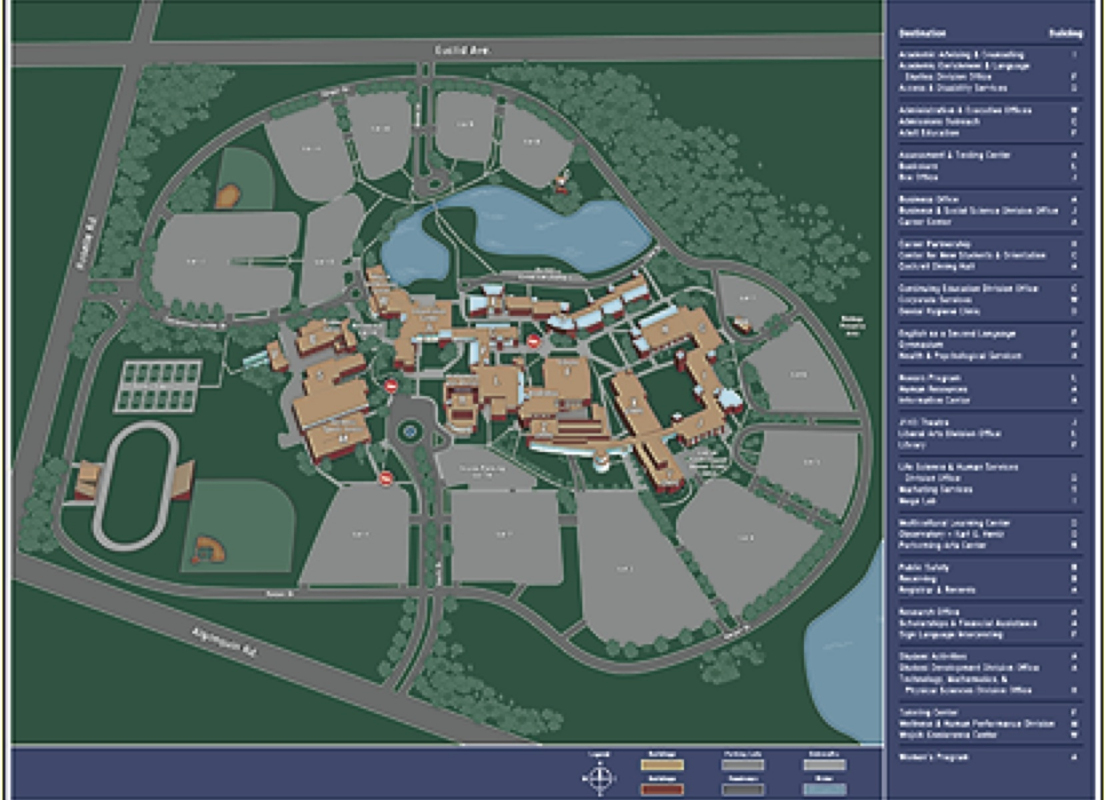 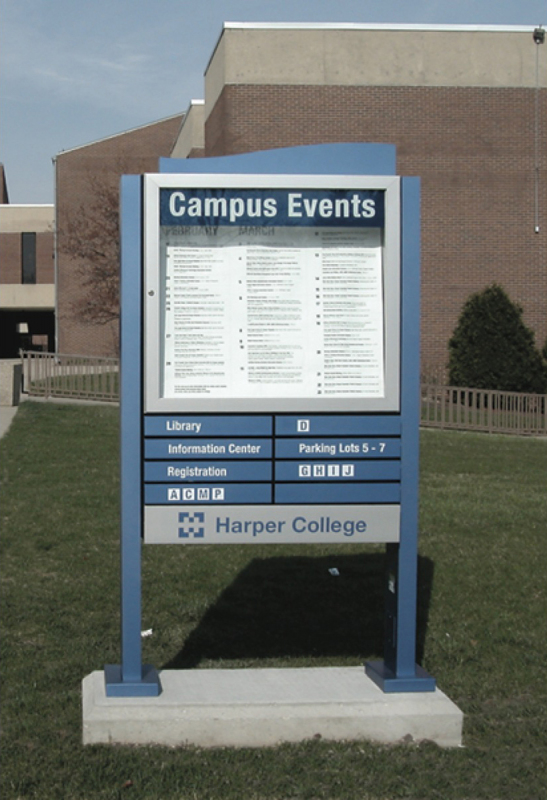 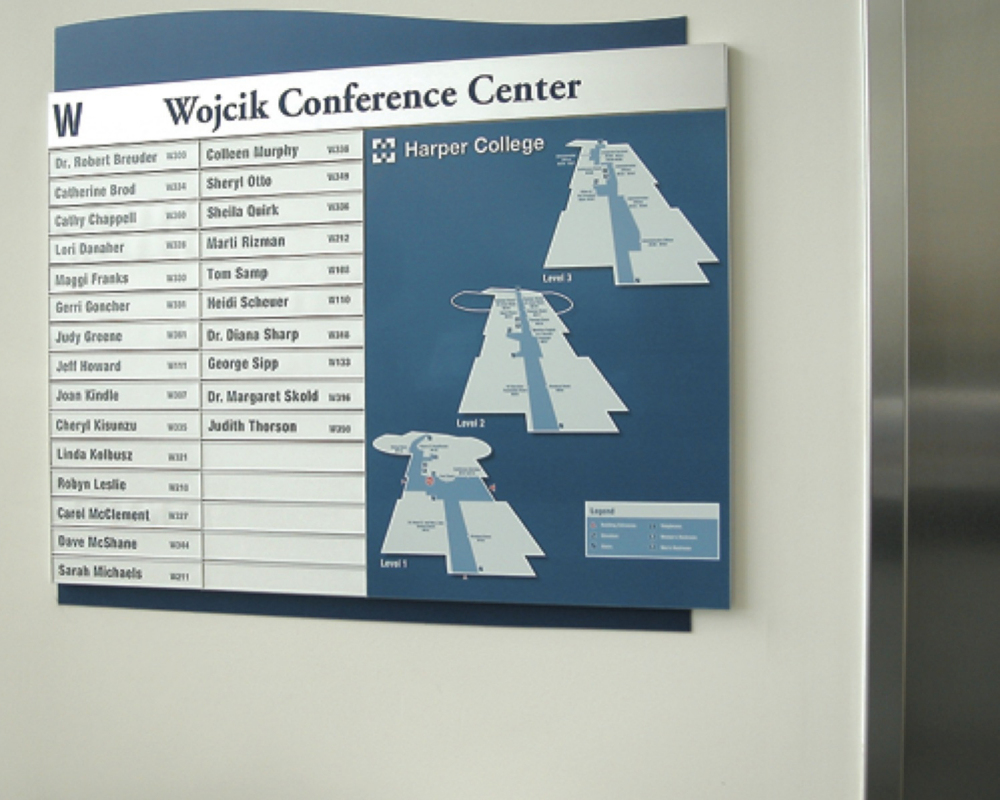 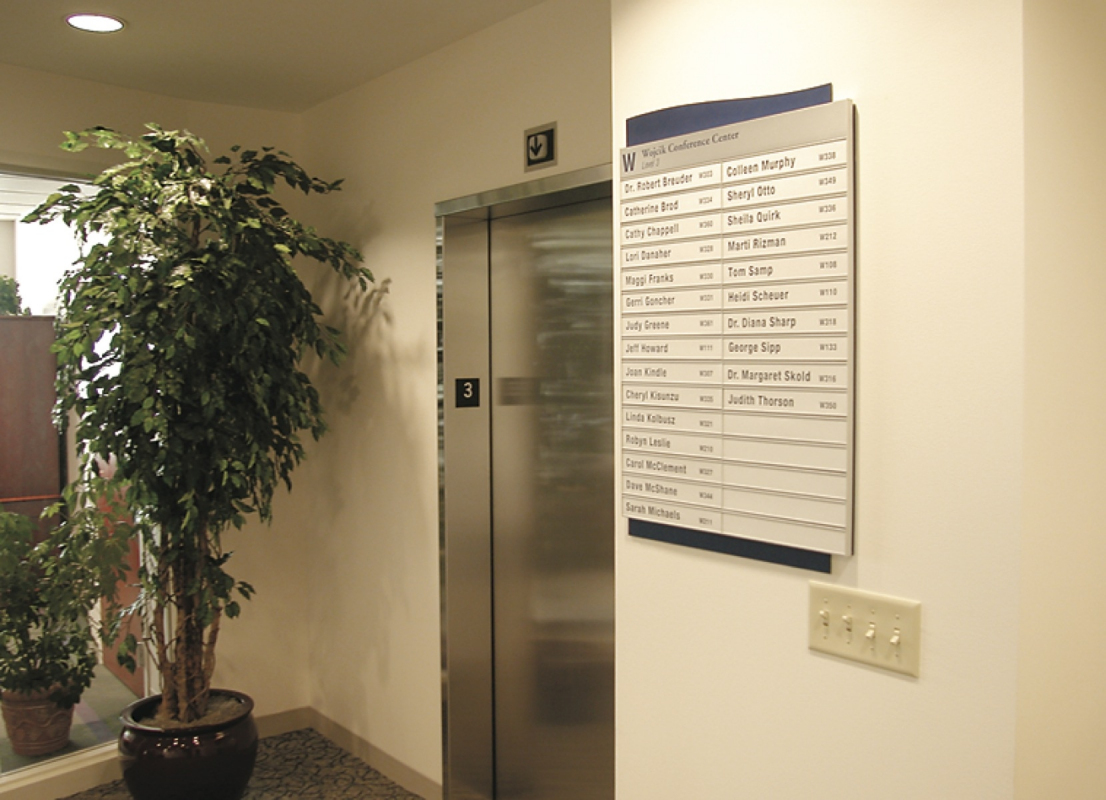 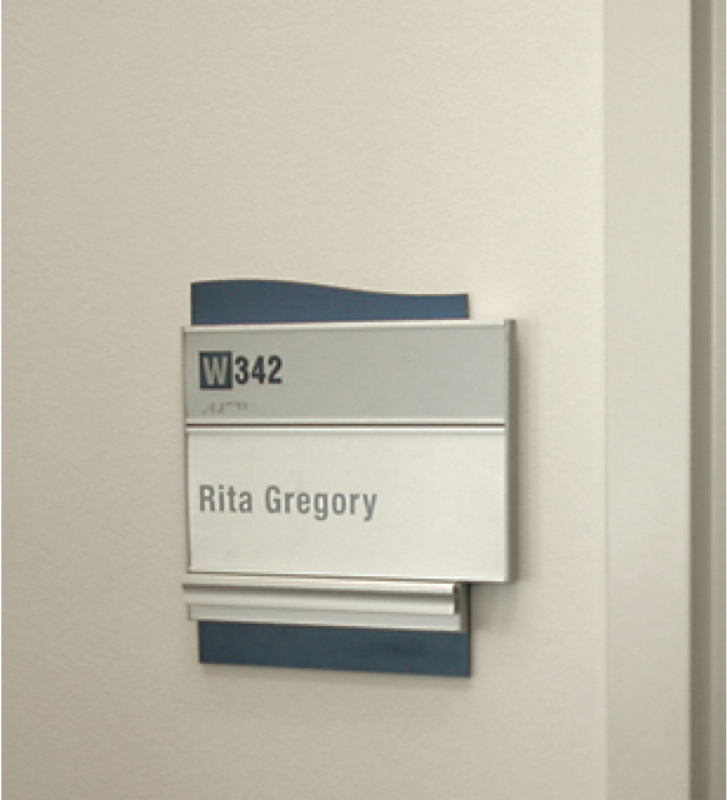