Located in Central Wisconsin along State Highway 51, the city is bisected by the Wisconsin River. The primary goal of the system is to direct from the highway to downtown and the riverfront, which contains multiple tourism and business districts. The system also supports suburban healthcare and shopping destinations.

Local government, business and community leaders asked us to help develop their entry into the 2015 America’s Best Communities competition. Their strategy: to implement an economic redevelopment plan focused on wayfinding that highlights the area’s many “hidden gems.” It was important to civic leaders to involve as many residents as possible in the process. To gather input, the committee presented designs via local digital and print media and solicited feedback with social media and an online survey. The Corbin Design team participated in a public open house to hear feedback as well.

The selected design reflects the character of the city’s urban and natural features: the skyline appears prominently, while tree graphics and asymmetrical panels dominate the sign’s silhouette. Even with the character-filled design, these also meet Wisconsin DOT requirements for information along roadways on which the signs will appear. 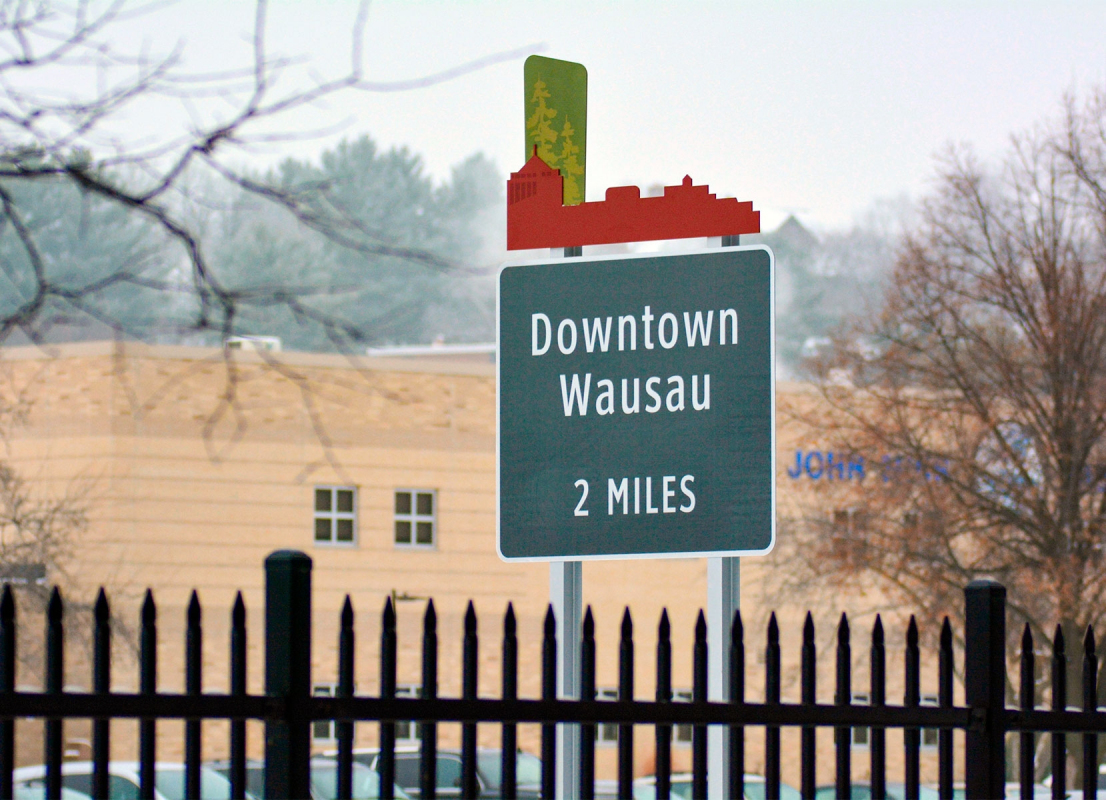 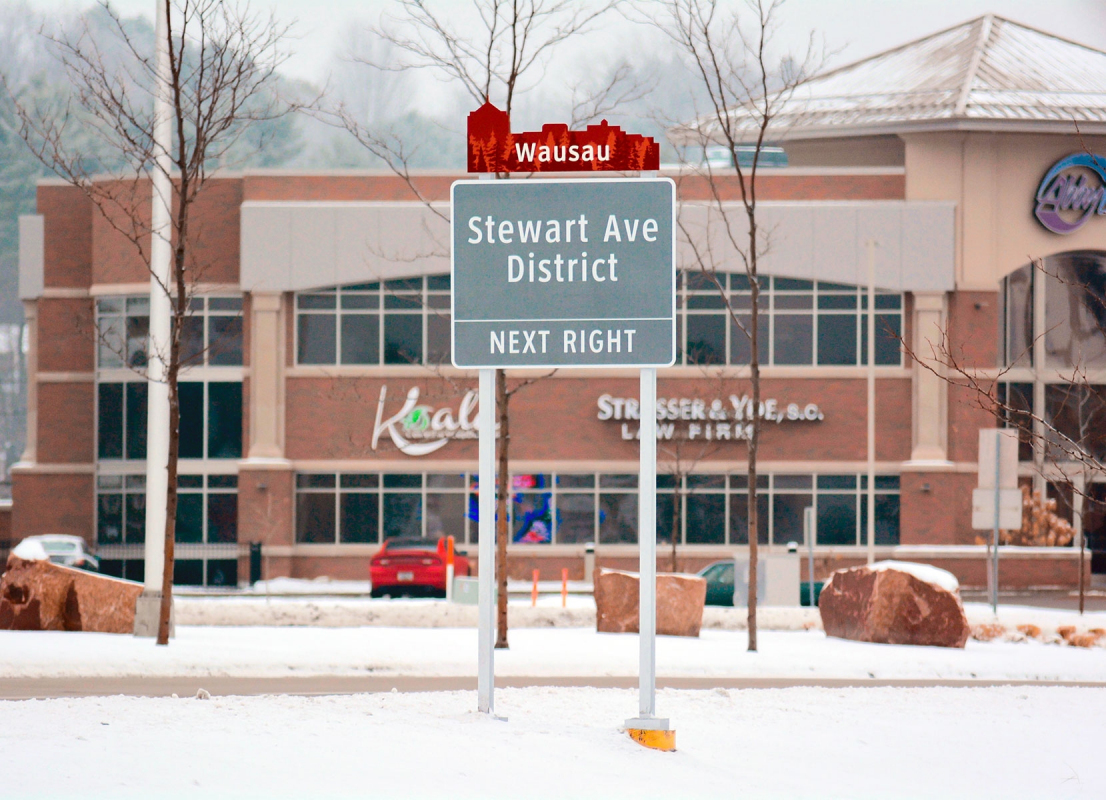 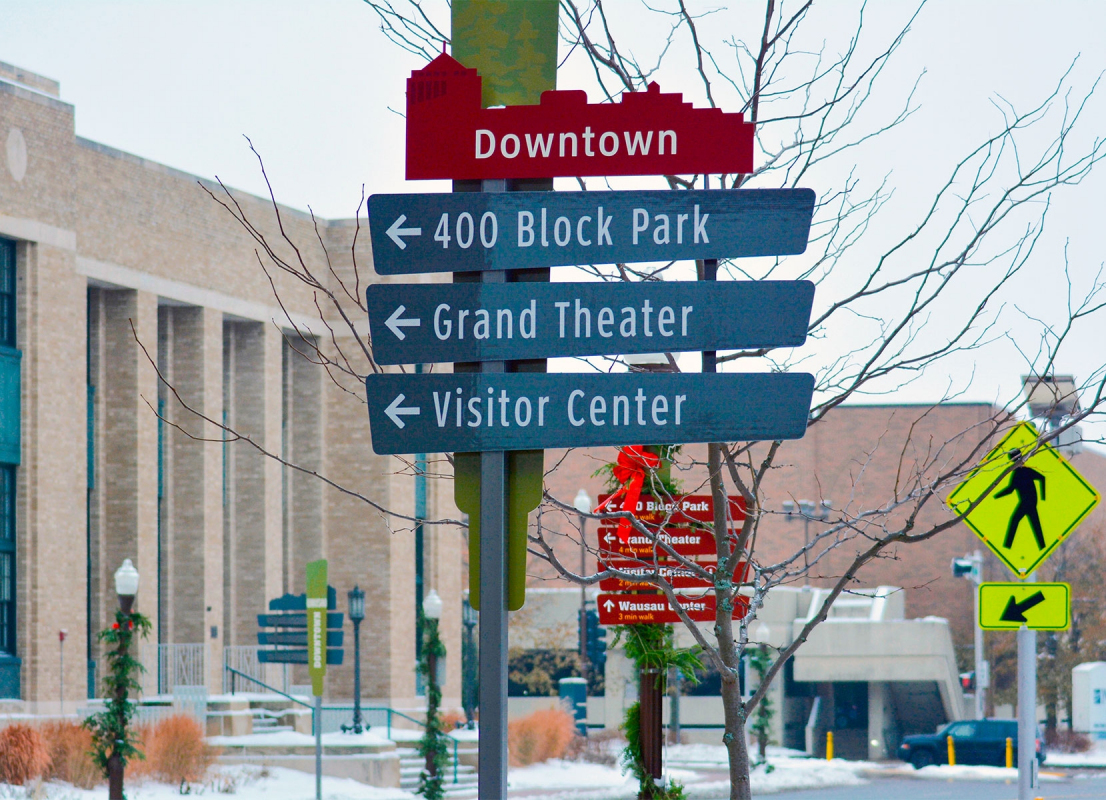 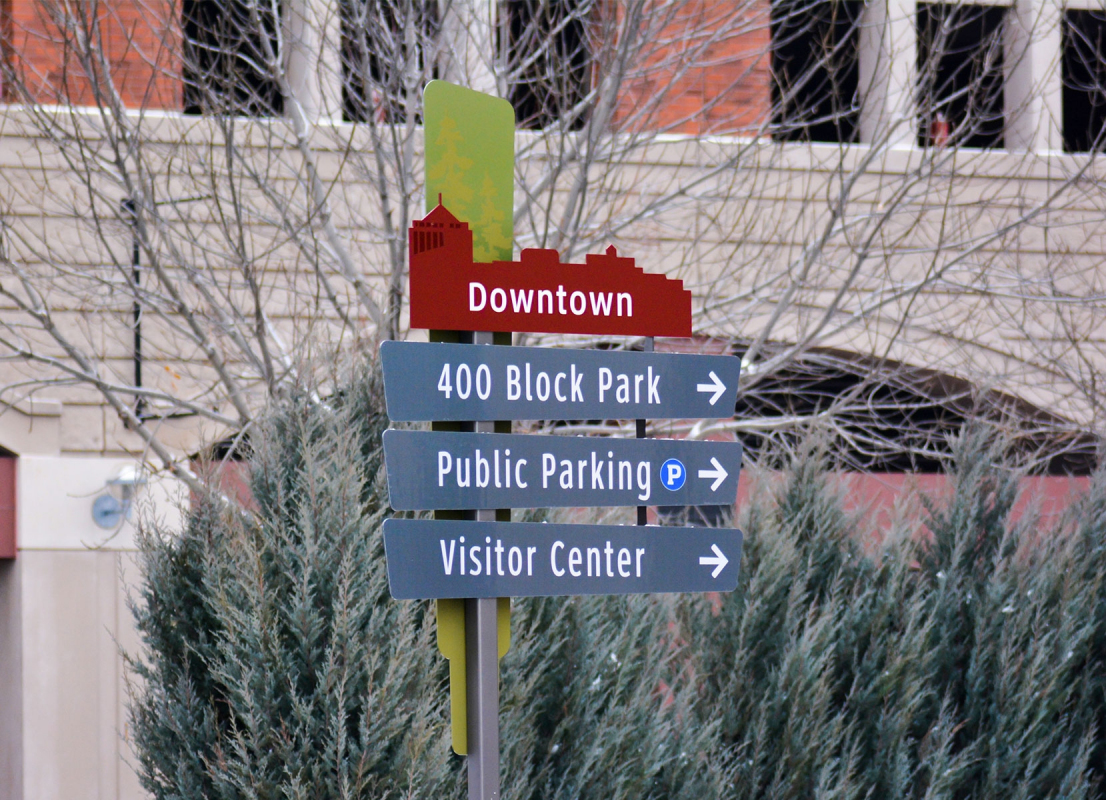 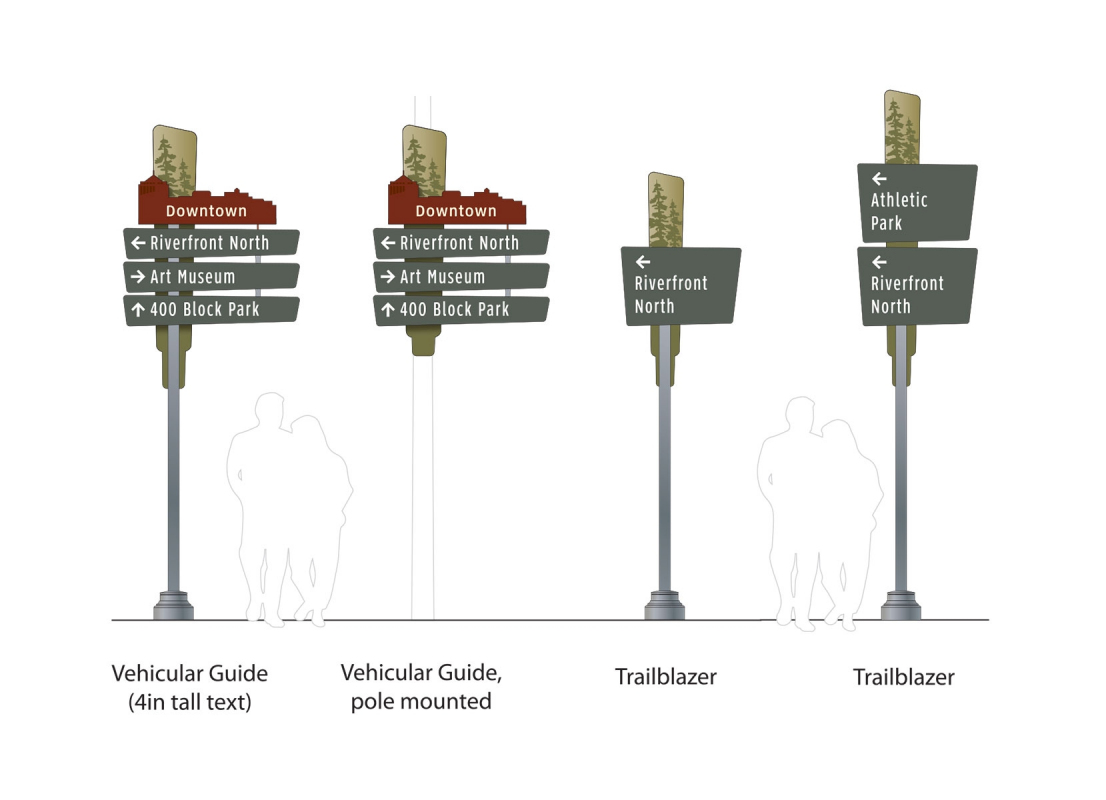 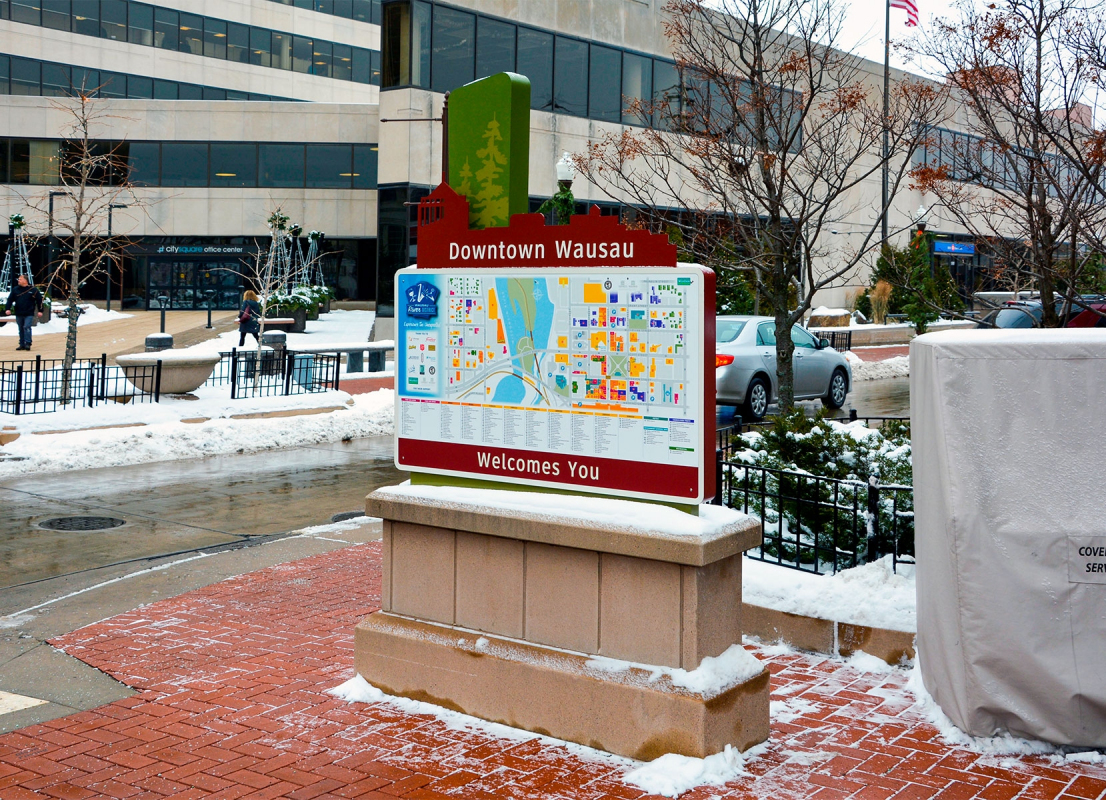