Representatives from the Missouri DOT and the St. Louis Convention & Visitors Commission (CVC) saw an opportunity when Interstate 64 was reconstructed. Rather than just replace existing interstate signs, they sought to create an inclusive utility that connects tourists and residents to attractions across 92 individual communities, each containing distinct districts – some with their own unique wayfinding systems.

Instead of building an unmanageable destination-based system pointing to every single community and destination, Corbin designed a wayfinding system of “Attraction Corridors” along which most primary districts and destinations reside. Using these, regional visitors can intuitively connect to the region’s diverse history, culture, shopping, dining and entertainment.

Corbin designed not only the logic and signage elements featuring architectural elements of the city, but also an equitable funding formula that places responsibility on those most able to contribute. Any destination, large or small, can now use this logic, directing from throughout the region to their front door. 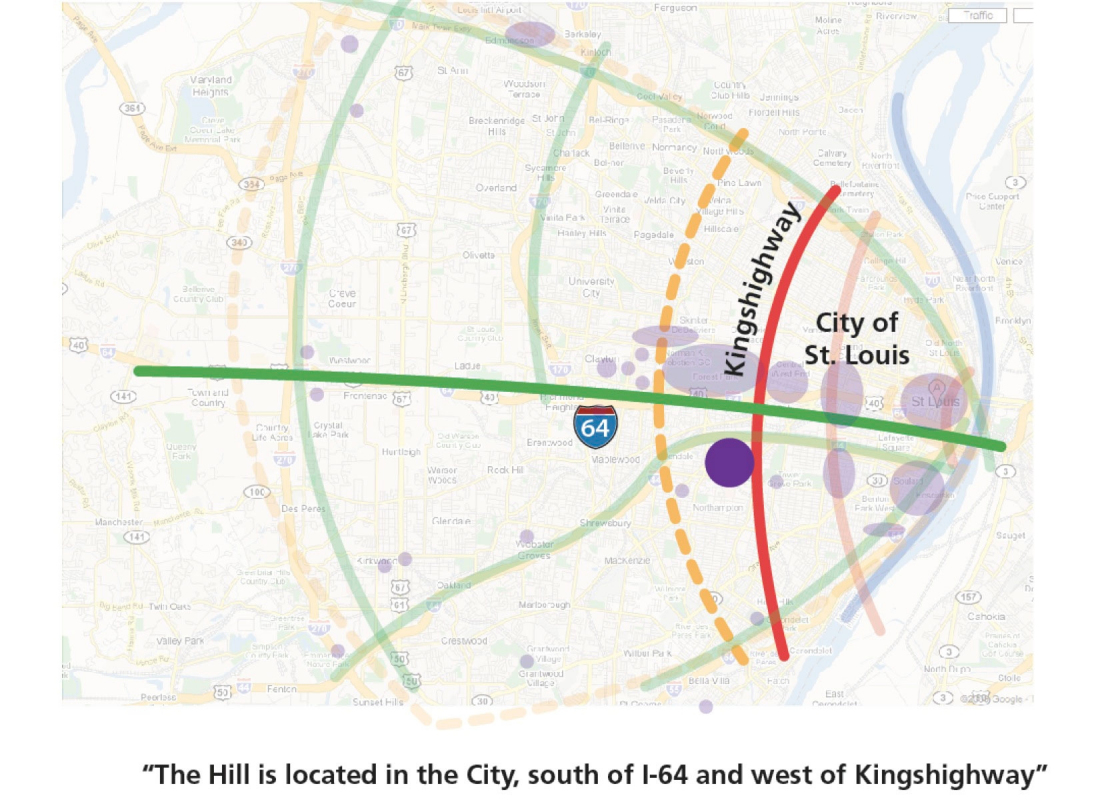 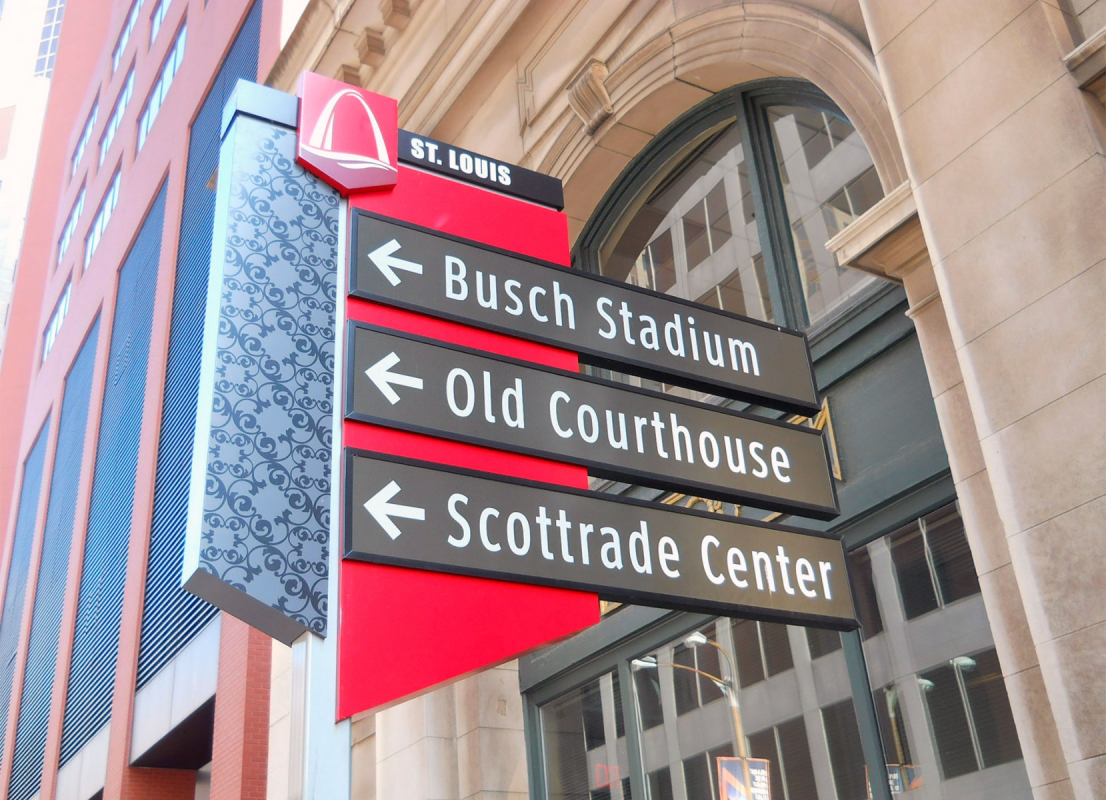 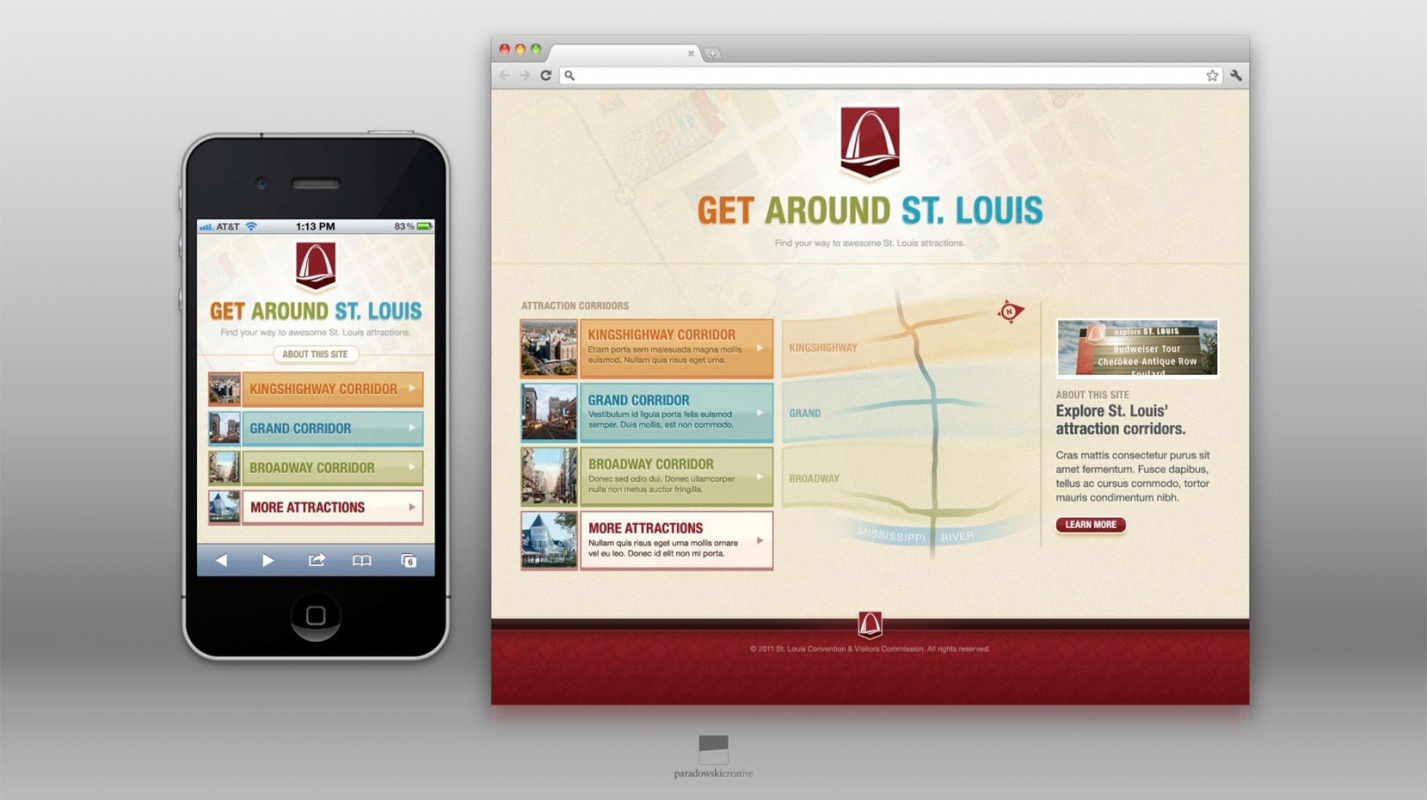 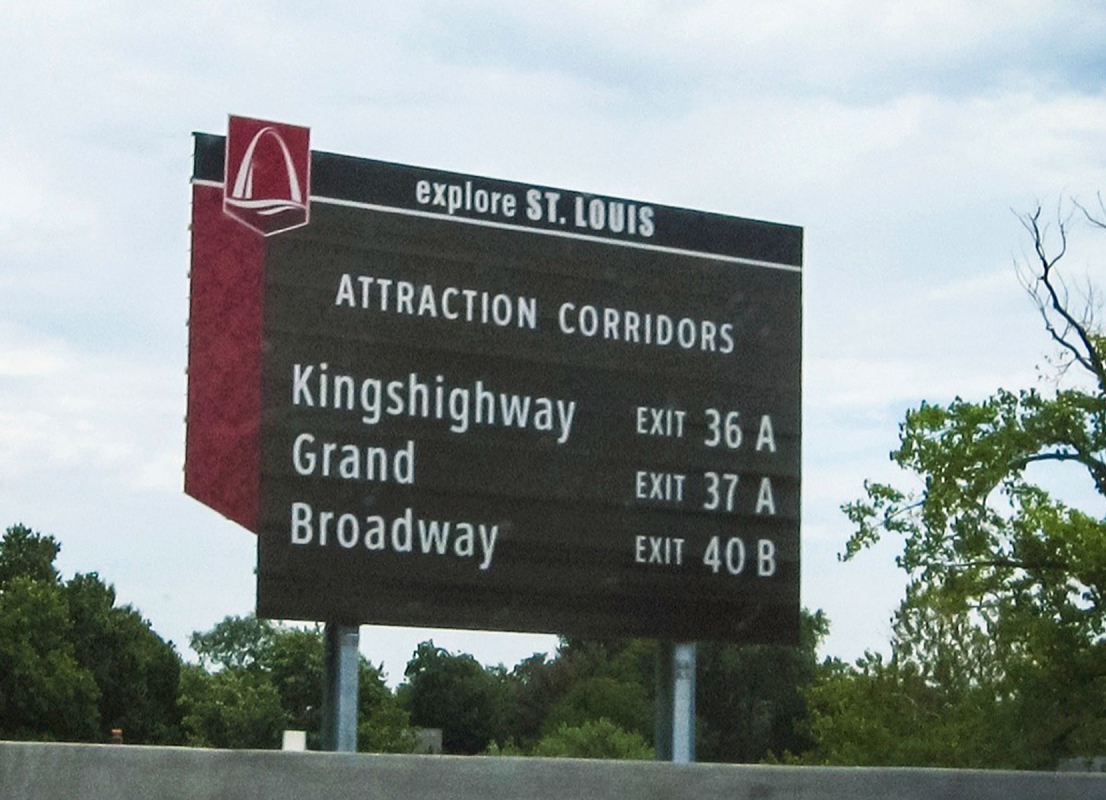 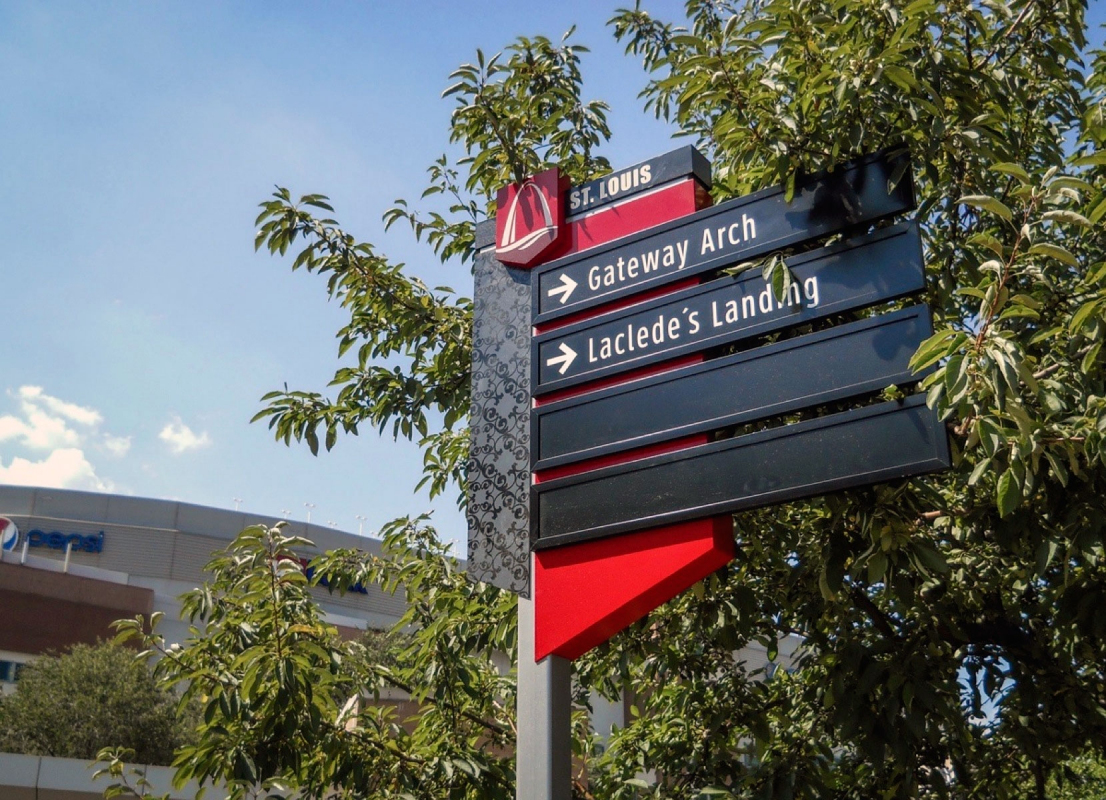 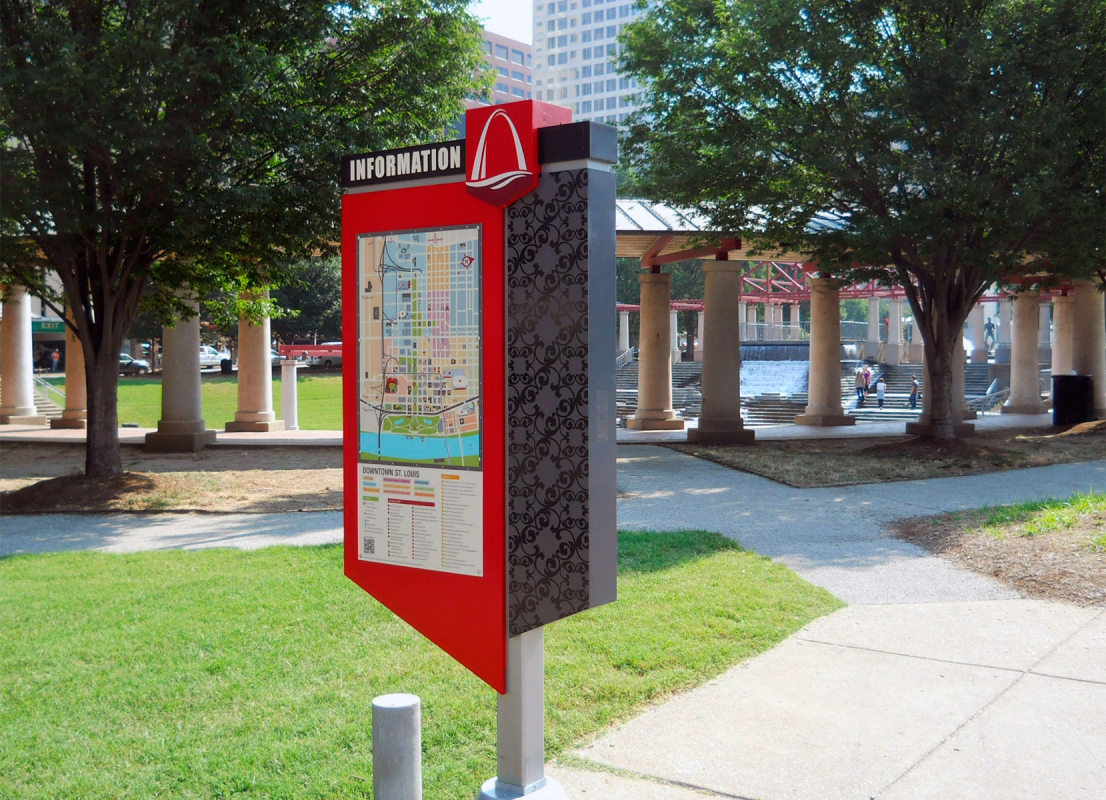 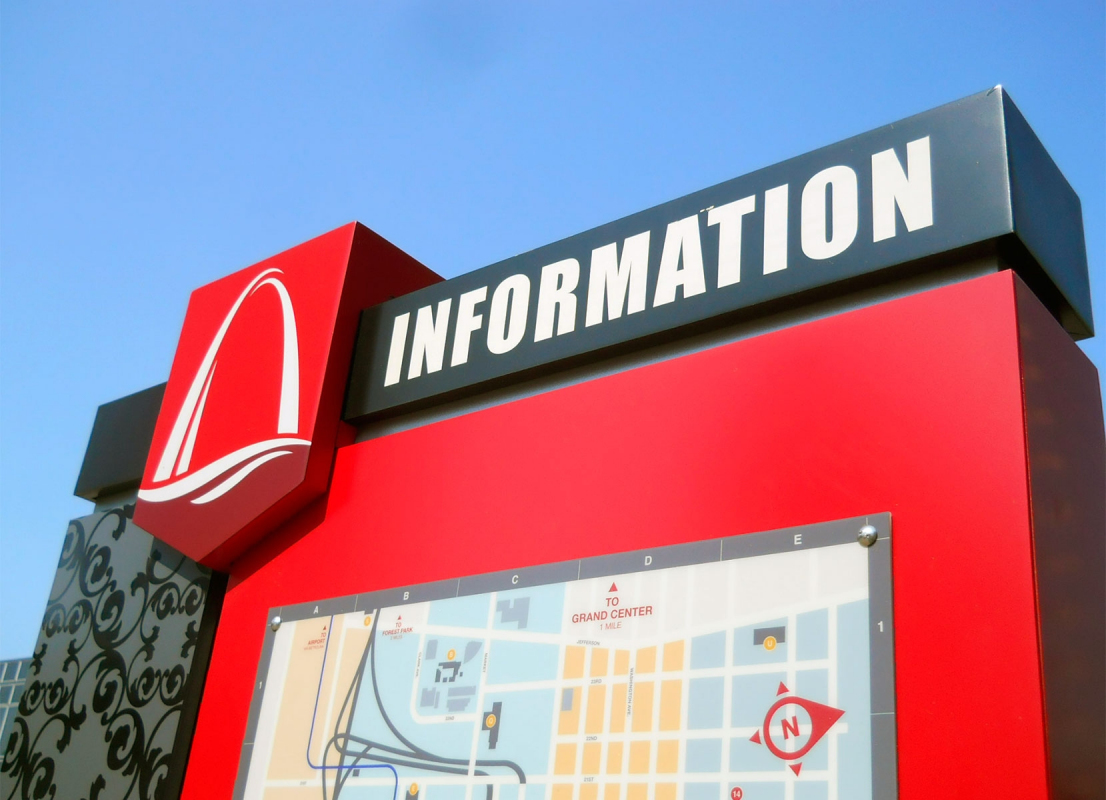 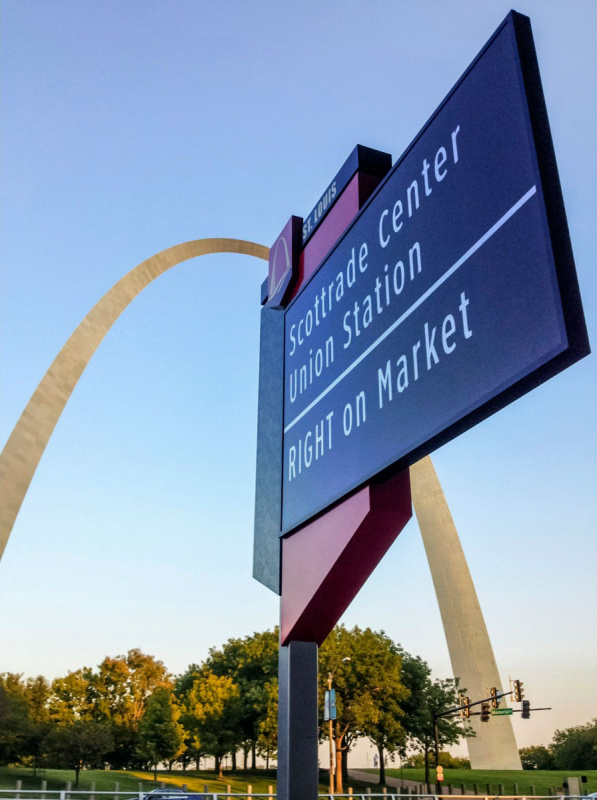