Rock Hill is a former textile mill town, restored to prominence due to several factors: an entrepreneurial culture, three colleges, its proximity to neighboring Charlotte, NC and its focus on attracting sports tournaments from across the region and the nation.

Located off Interstate 77 just south of the South Carolina state line, Rock Hill is host to thousands of visitors year-round. The destinations they seek reside along two primary state roads, which we recommended be named the Dave Lyle Gateway and Cherry Road Sports Corridors. These two ‘linear districts’ have now become part of the logic and language of the city.

A third district, Downtown, is the governmental center for York County, and features historic, shopping and dining destinations. All three colleges, with associated athletic and cultural venues, are also located here. Four ‘Civitas’ sculptures are established historical landmarks, and serve as a memorable gateway to the Downtown district.

Throughout the region gateway monuments, trailblazers and banners help to orient and direct visitors. Color provides a secondary visual cue - inspired by the City’s colorful logo.

One primary economic engine is families of players in tournaments with time to shop and dine between games. Kiosks at all sports venues direct to walkable and driveable destinations, connecting people to all that Rock Hill has to offer. 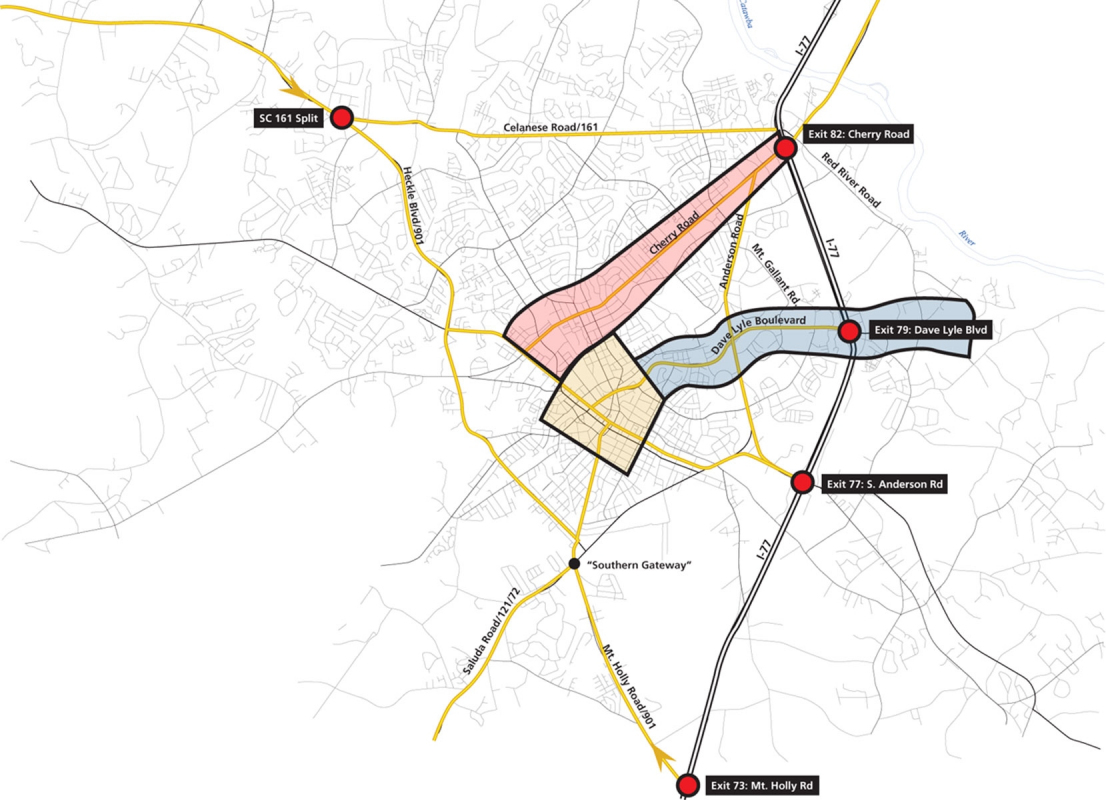 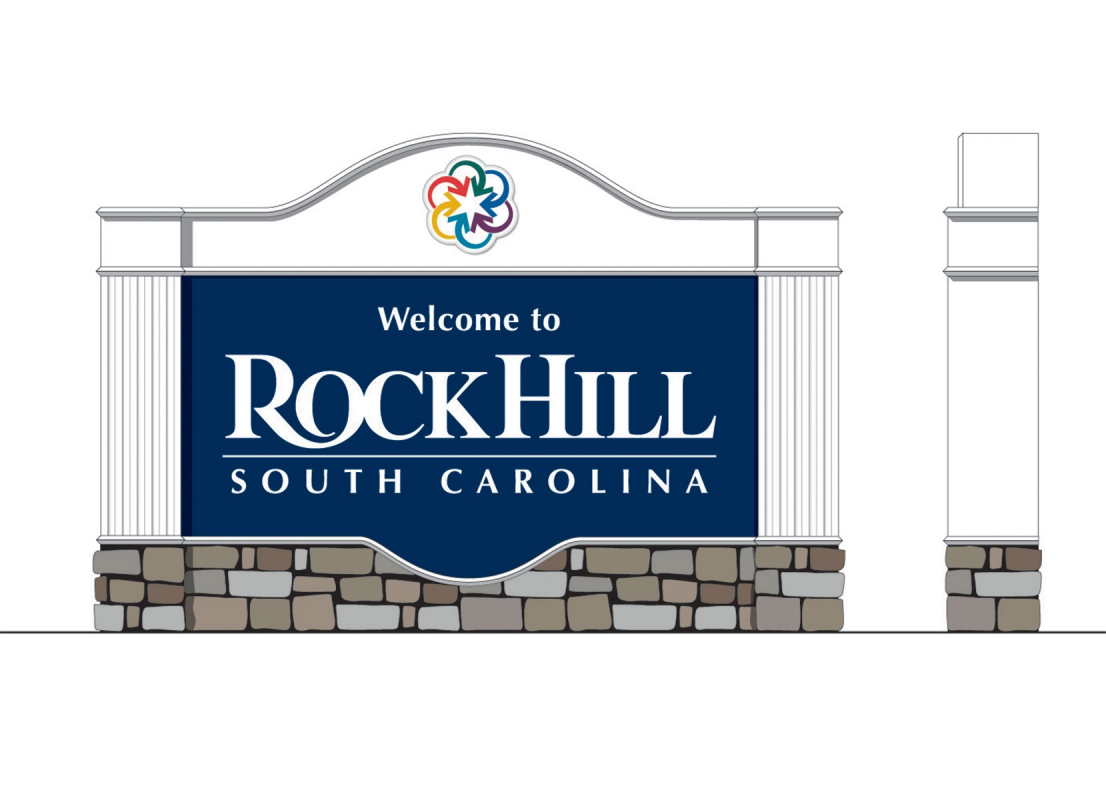 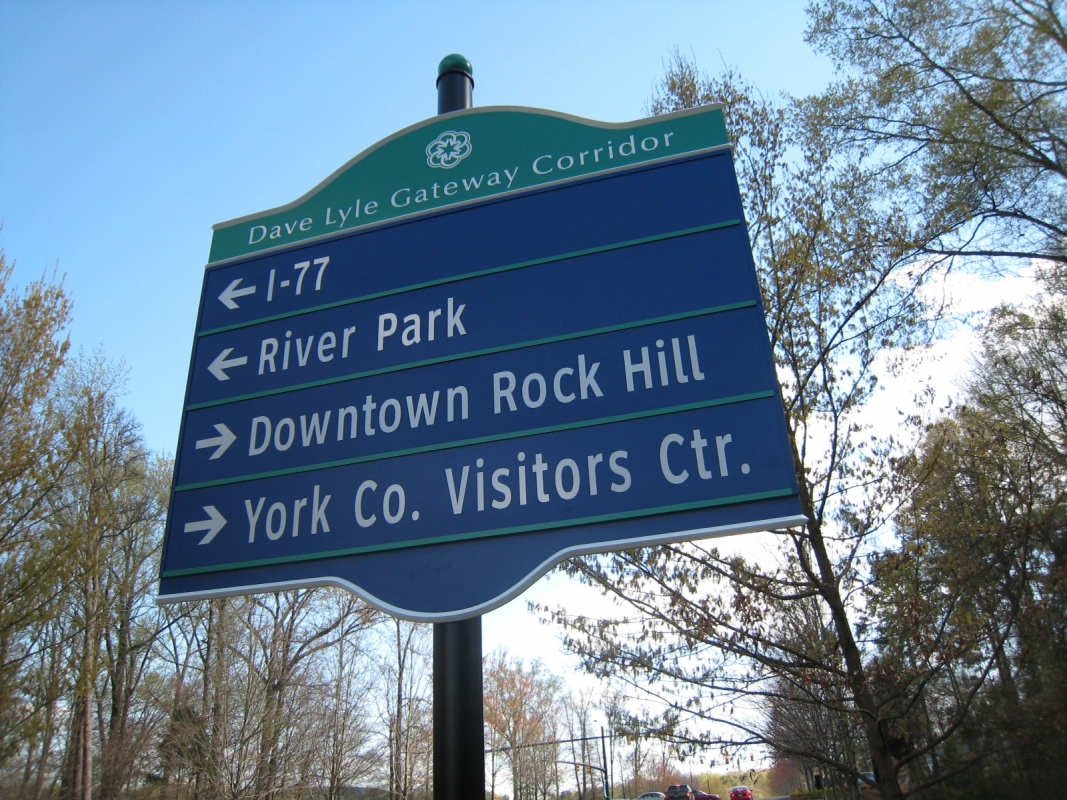 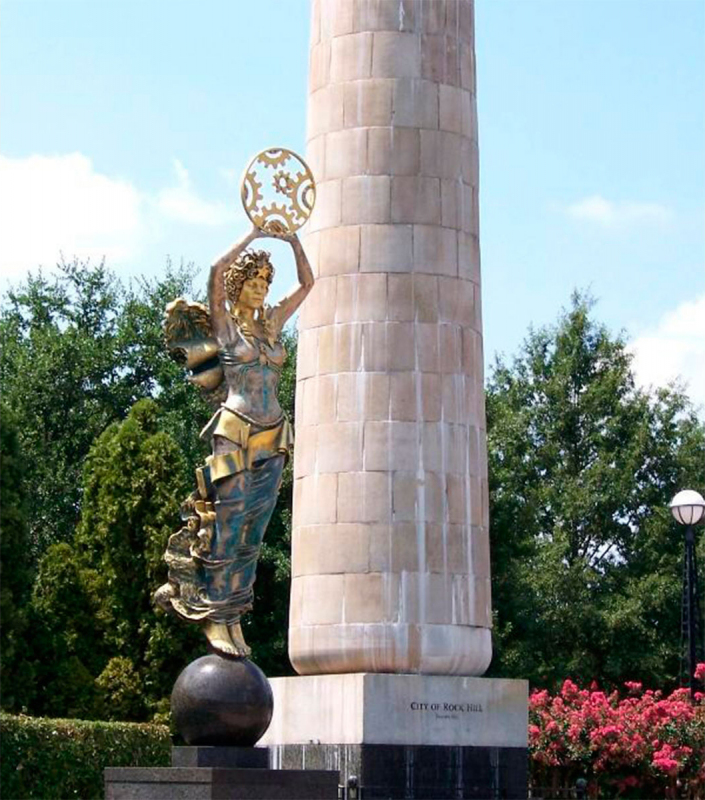 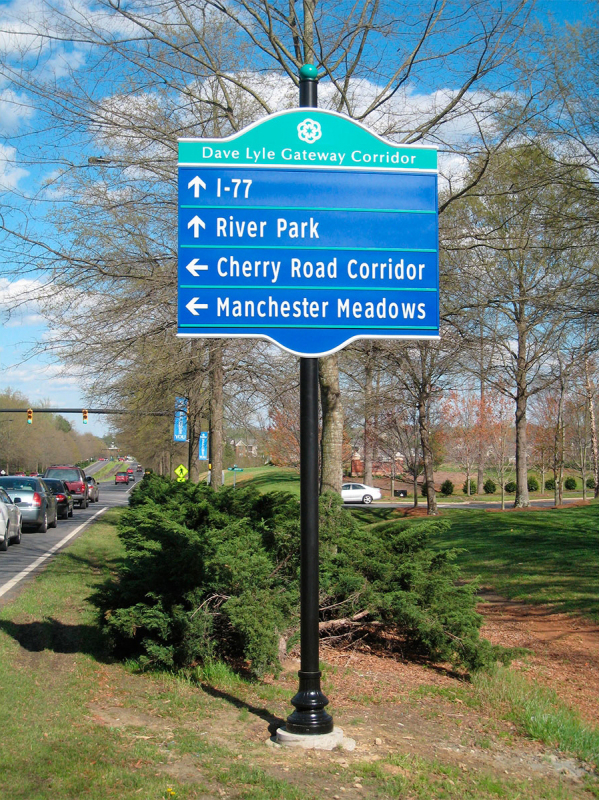 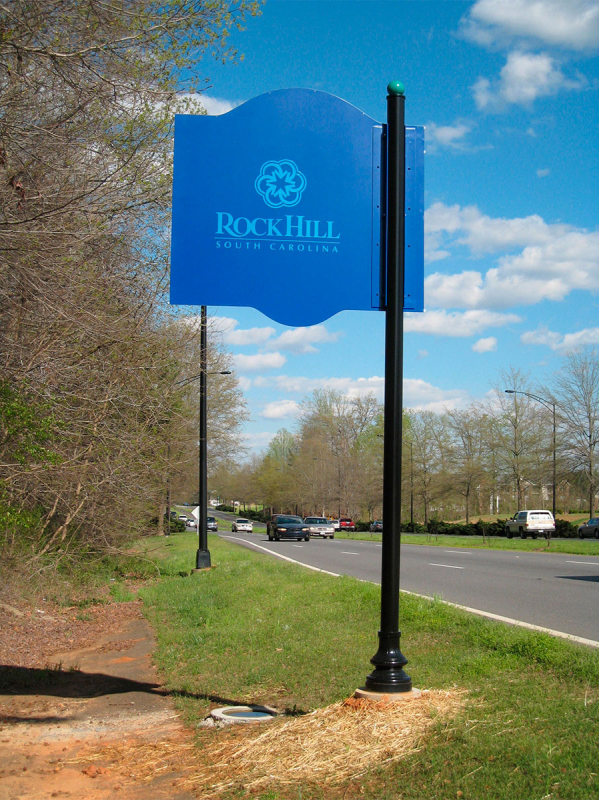 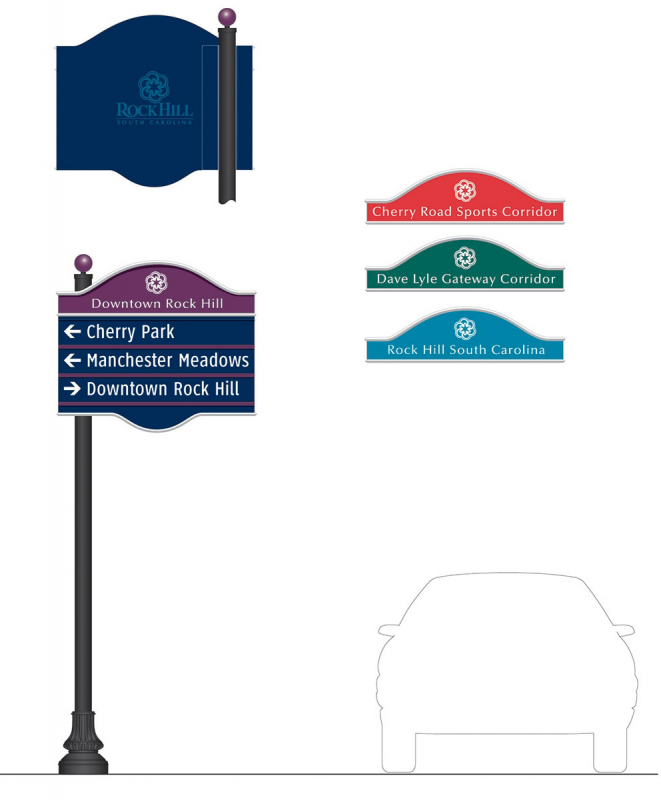 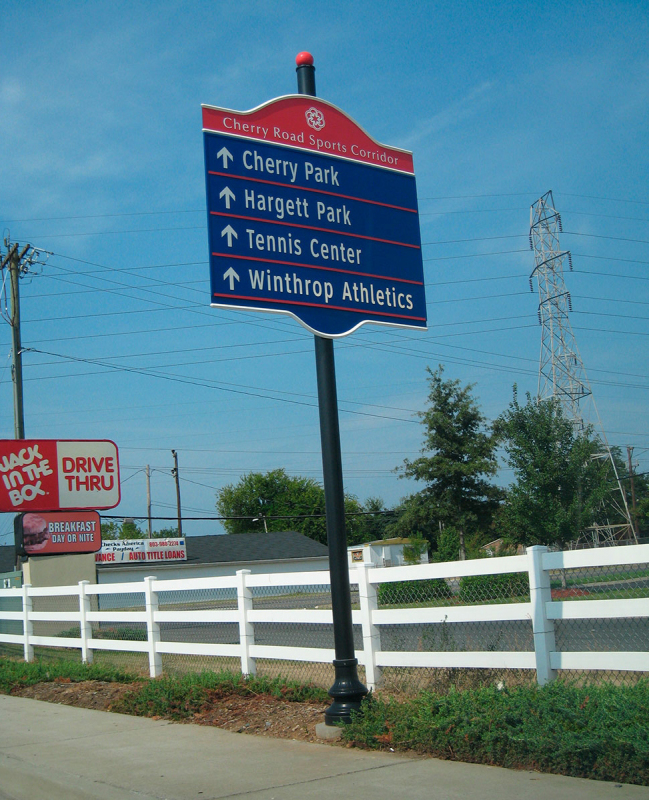 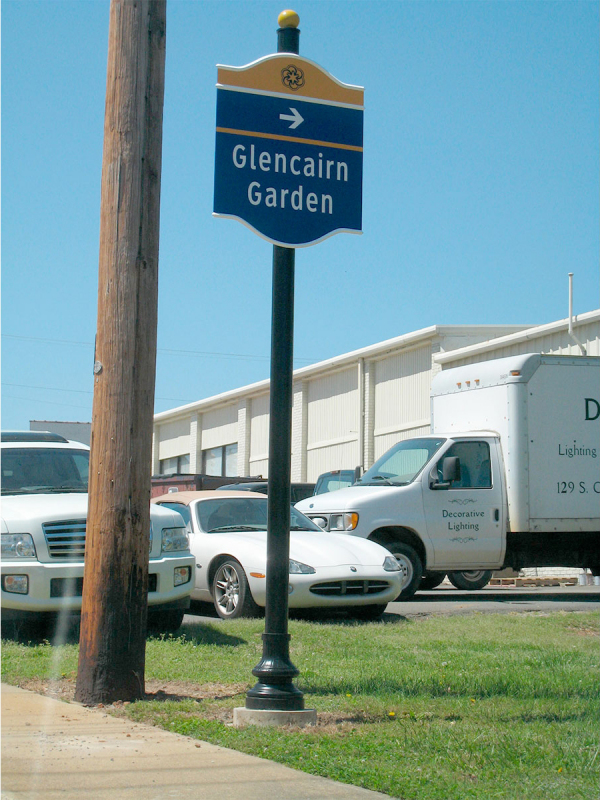 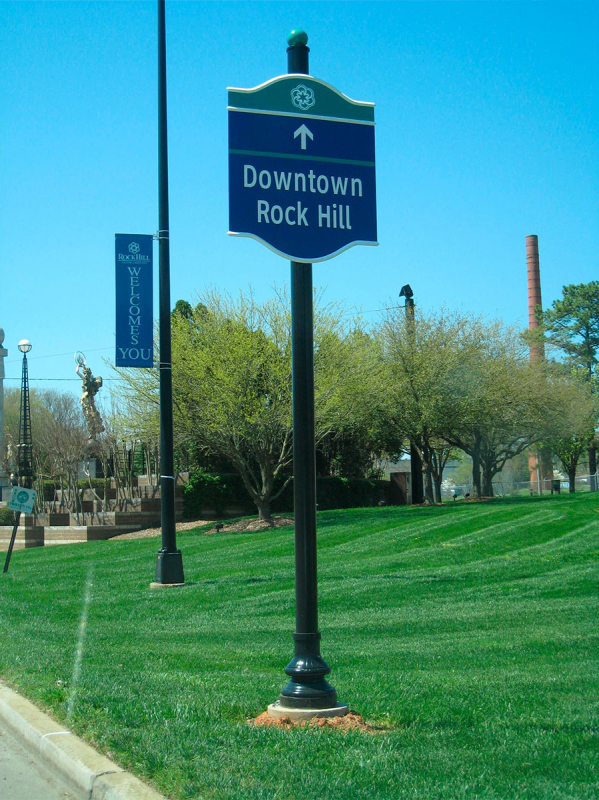 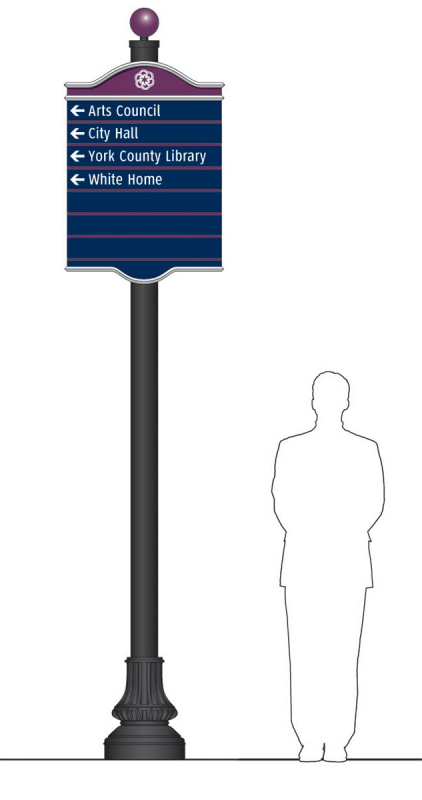 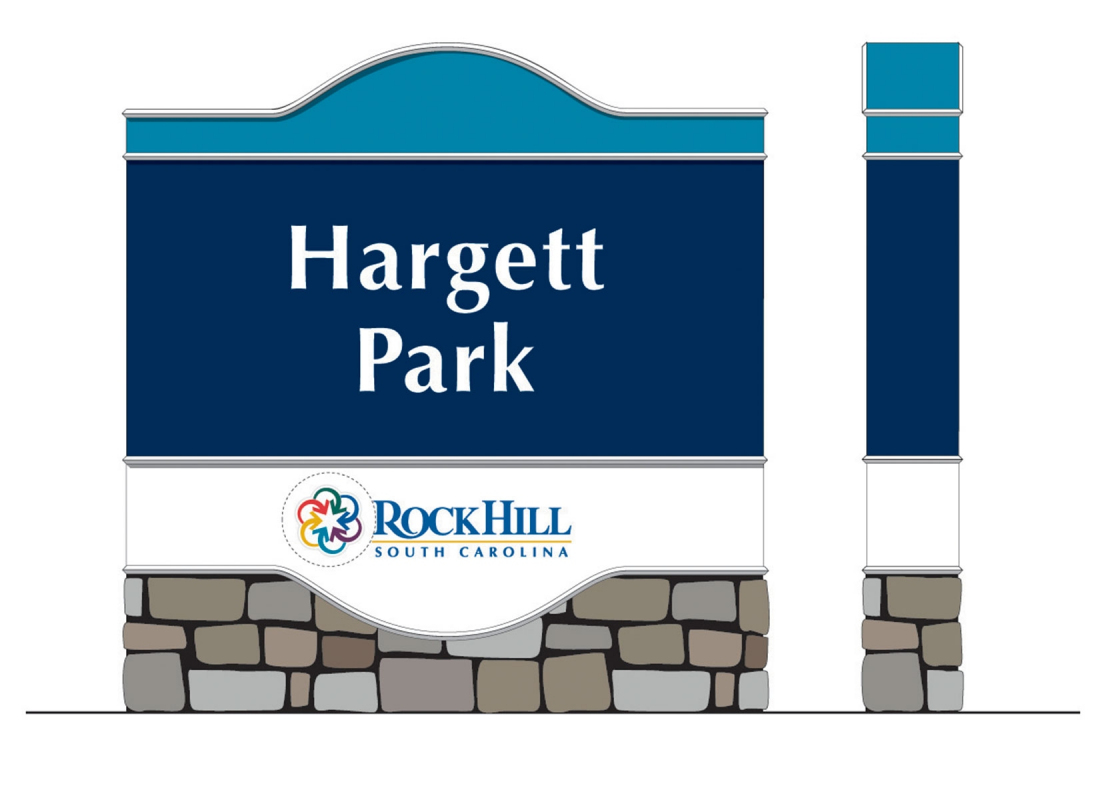 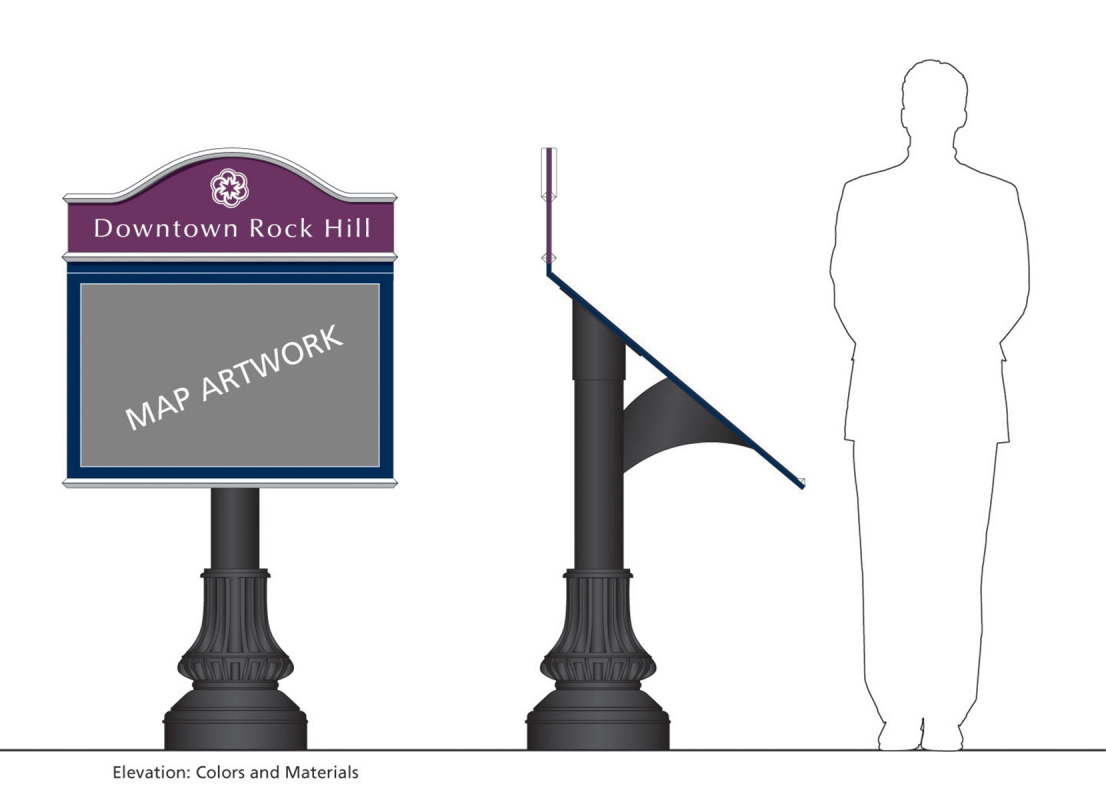