As North Carolina’s state capital and one of fastest-growing cities in the nation, Raleigh needed a wayfinding system to direct its 370,000 residents and the 11.5 million people who visit greater Raleigh each year. The city’s network of high-traffic, one-way streets along with its aging and incomplete signage made navigating downtown Raleigh difficult for residents and visitors alike. Parking, though abundant, was often hard to find, and many public parking venues lacked clear identification signage.

Corbin Design worked closely with the Downtown Raleigh Alliance, a nonprofit organization that promotes economic development, to improve wayfinding while better branding the city itself.

The resulting system was designed both as a utility for direction giving and to help enhance the market potential for the city’s historic, cultural and business entities. Using a new ParkLink logo that Corbin Design developed to represent the city’s public parking program, the system provides better direction to and identification of the venues.

The system’s design, with its aluminum mesh and leaf pattern fins and decorative acorn finials, also reflects Raleigh’s motto as the “City of Oaks.” 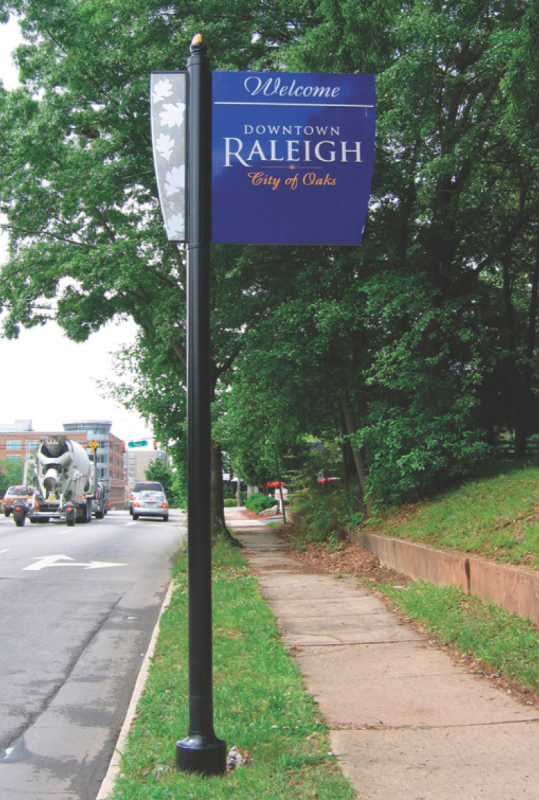 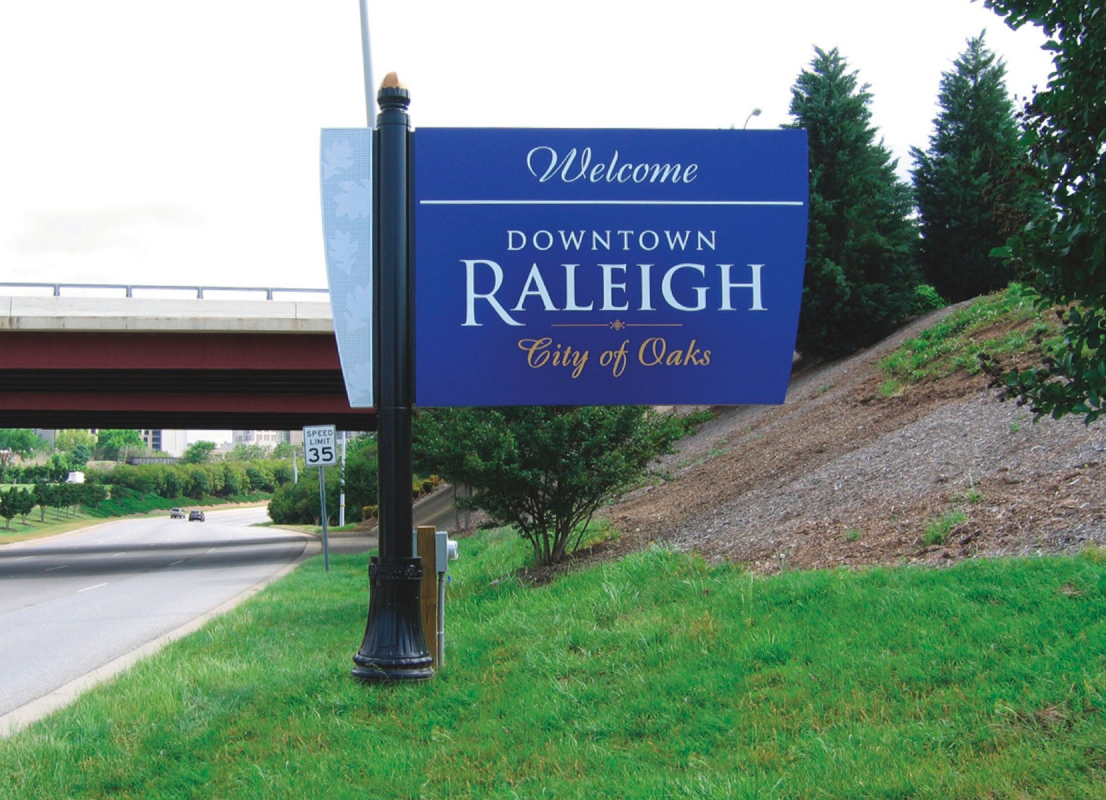 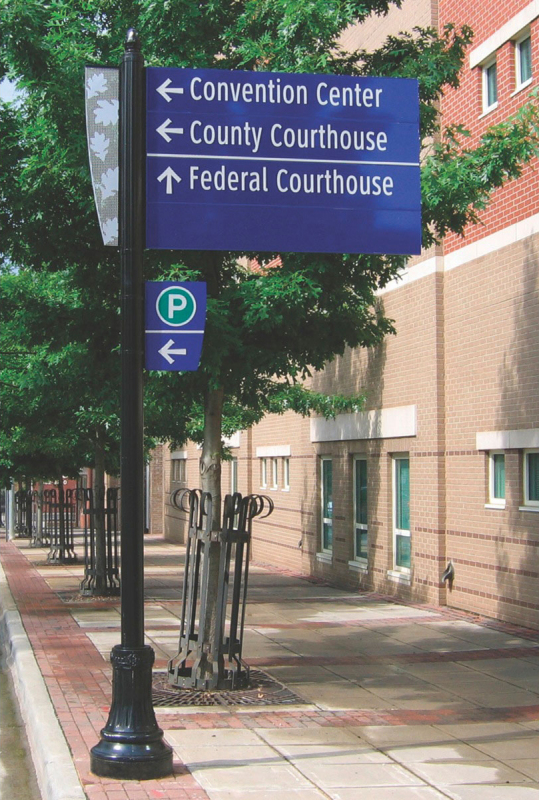 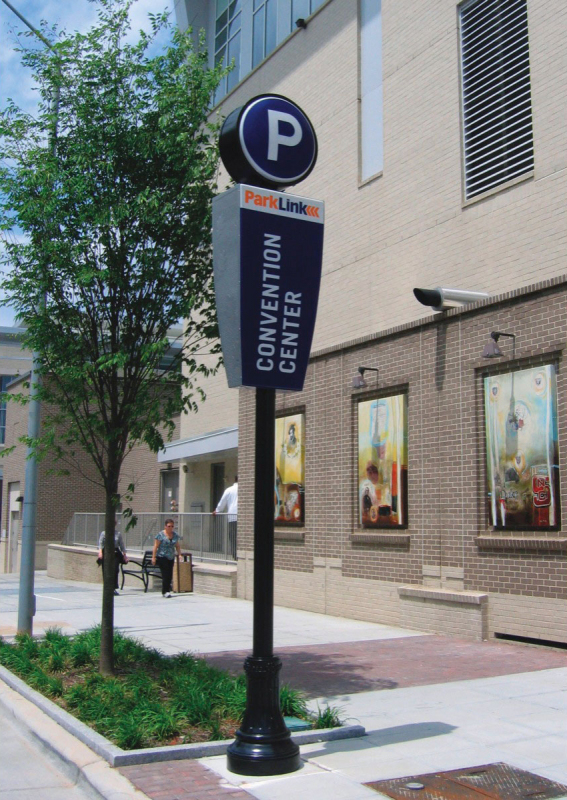 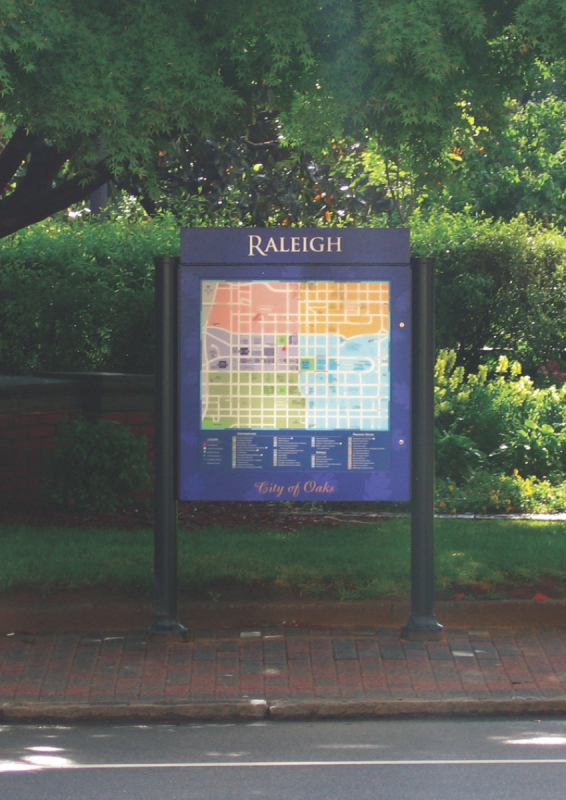