Corbin Design contributed to a more attractive Oklahoma City by developing an elegant wayfinding system for a two-square-mile section of the city’s downtown. The new unified sign system is designed to be functional and attractive, and replaces a “hodgepodge” of dissimilar signs, said City Manager Jim Couch.

The system includes 45 vehicular signs and 22 pedestrian signs along with 27 kiosks for more detailed visitor information. The new signs point visitors to key downtown destinations, including the site of the 1995 Alfred P. Murrah Building bombing, now the Oklahoma City National Memorial. Also included are destinations in Bricktown, a converted warehouse district that is home to the city’s ballpark and many restaurants, as well as a growing arts district and other entertainment venues.

The look of the signage is based on an art deco motif to reflect downtown architecture. City officials hope to increase pedestrian traffic through the use of trailblazer signage, to areas including the memorial, Bricktown and the arts district.

Interstate 40 serves as the southern boundary of the project area, providing lots of potential traffic to the area and increasing the need for accurate and effective wayfinding. 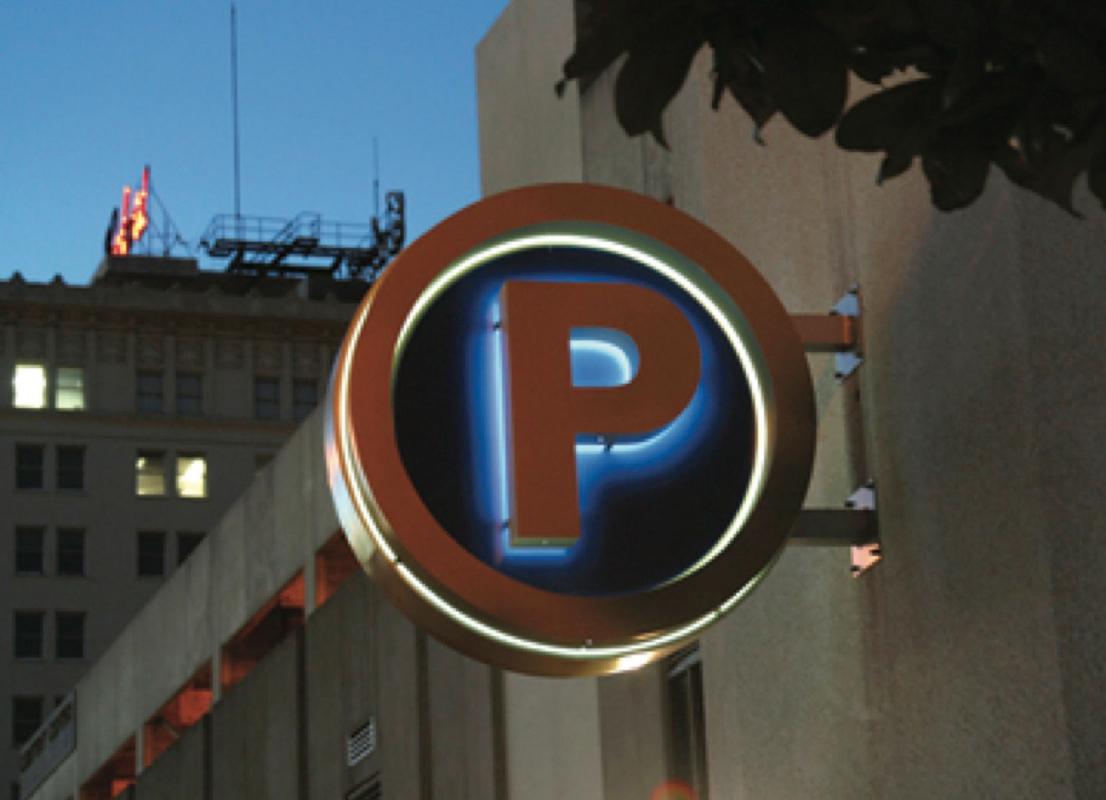 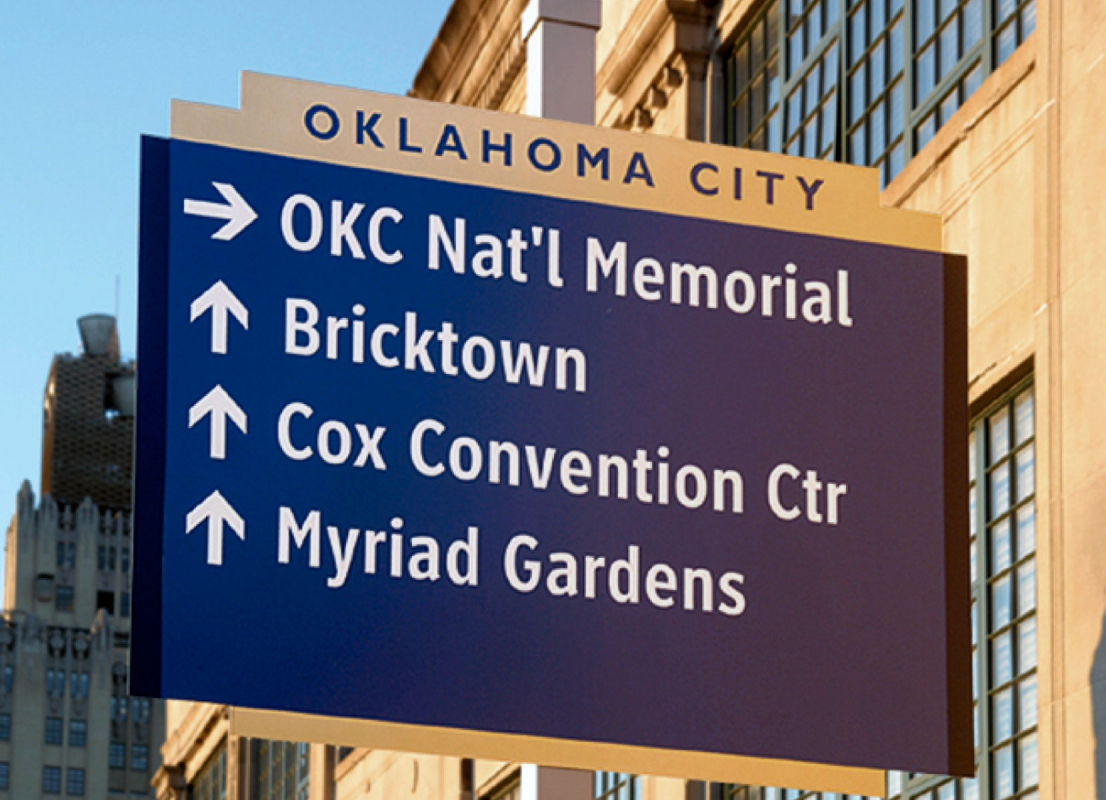 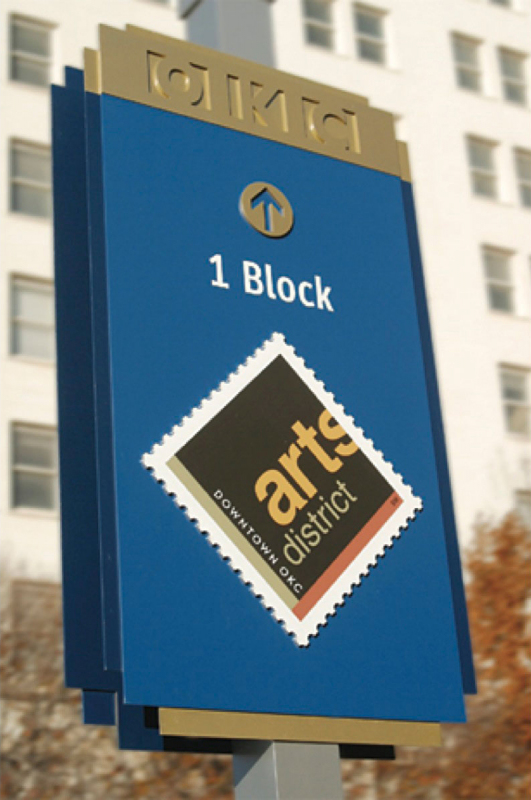 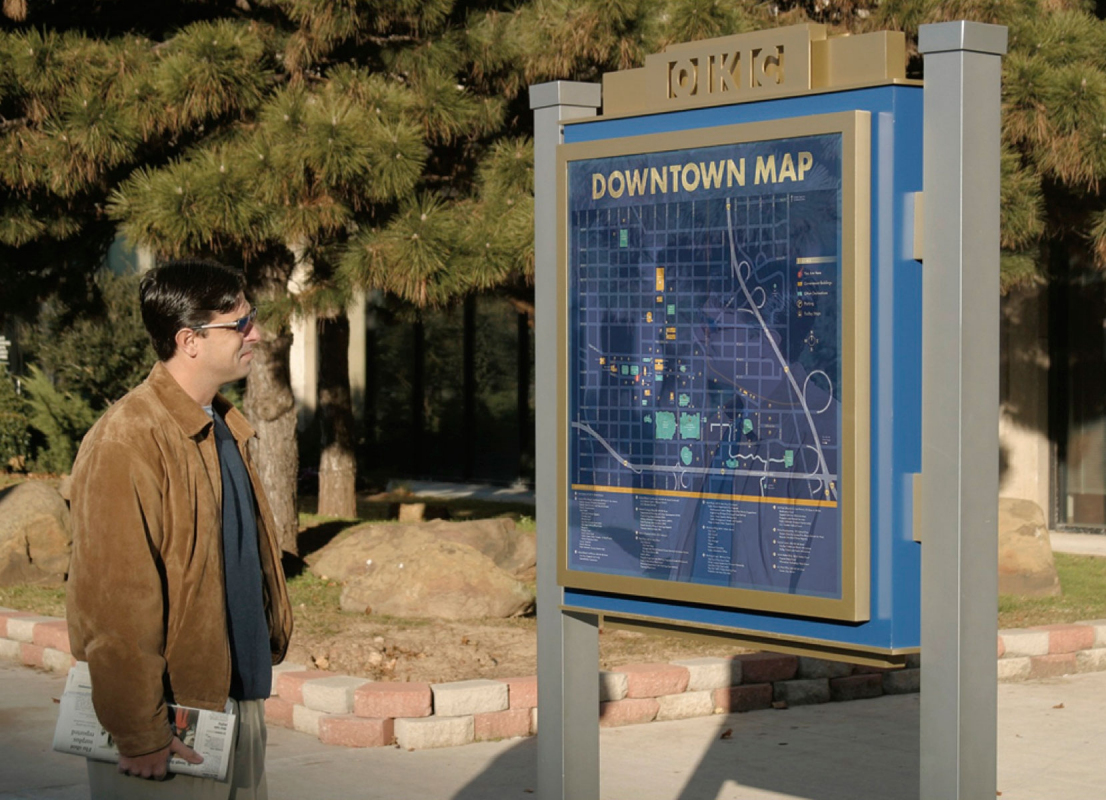 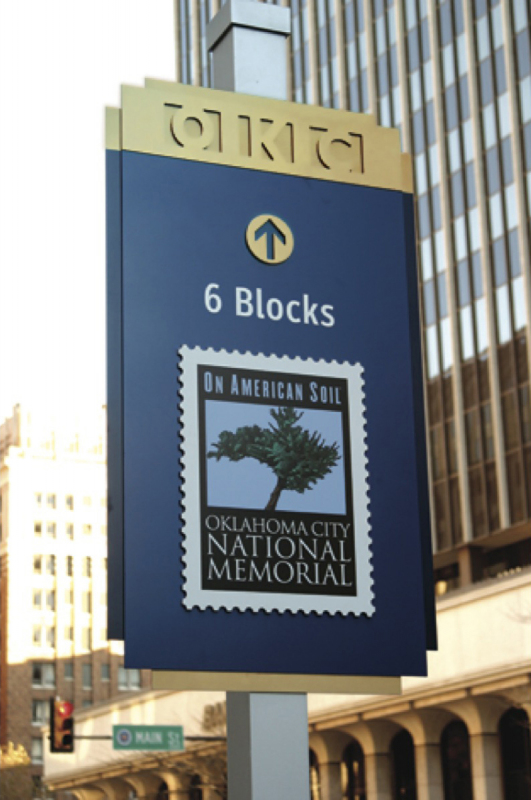 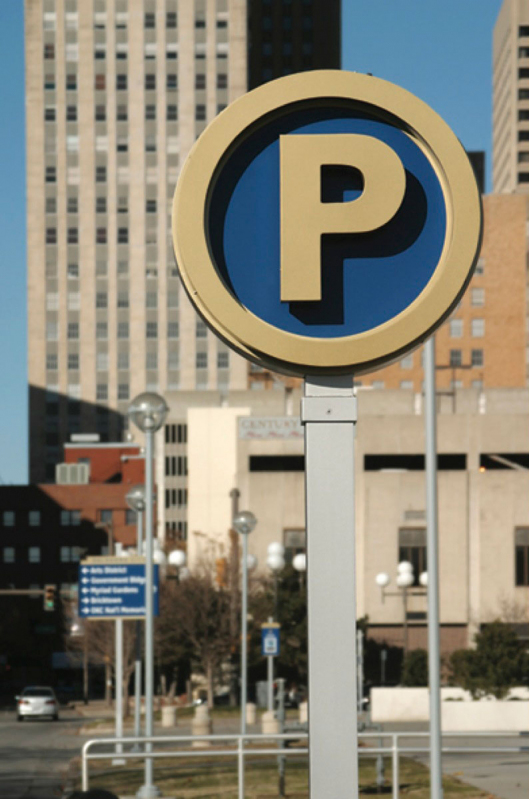