The project called for extensive streetscaping, landscaping, lighting improvements and public art displays along two miles of Milwaukee streets. Corbin Design’s role was to develop more intuitive and coherent wayfinding for the area.

Using established neighborhoods as landmarks provided the opportunity to structure the wayfinding program logically. Visitors are directed to these neighborhoods first, and then to destinations within each. The wayfinding program was designed to coordinate with the city’s “Park Once” program, which uses signs to help drivers find parking and encourage them to walk or use public transportation to reach their downtown destinations rather than getting back into their cars. 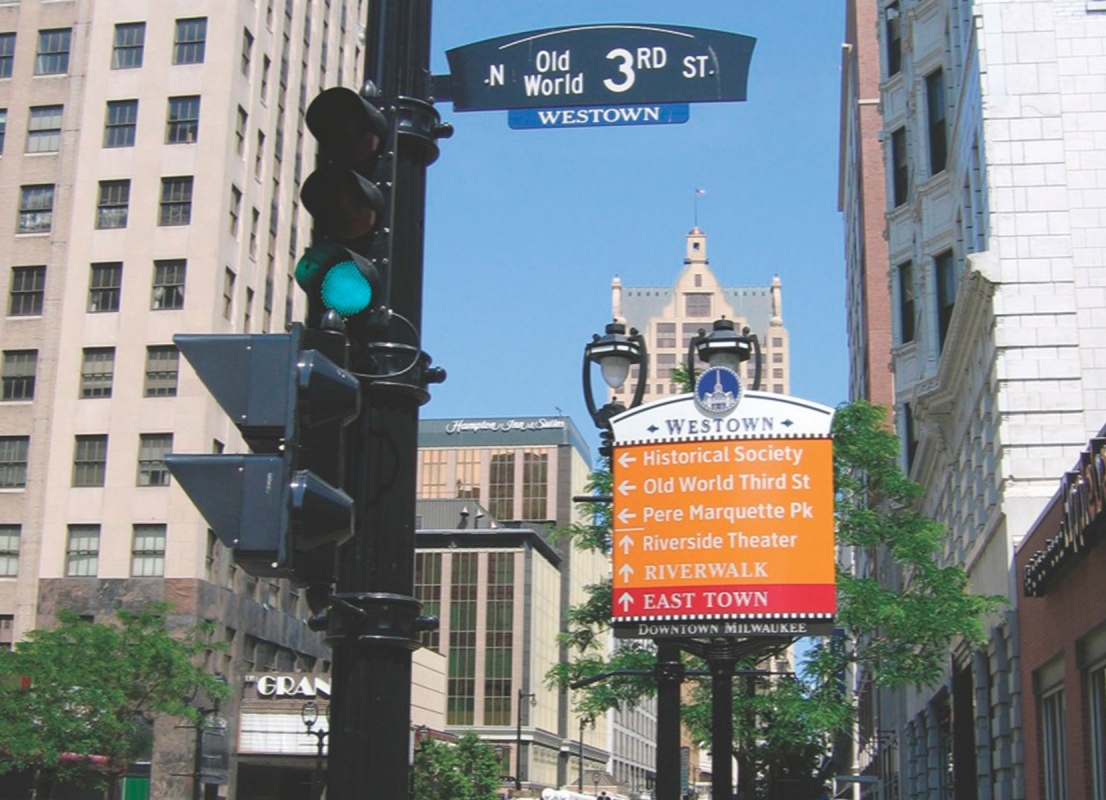 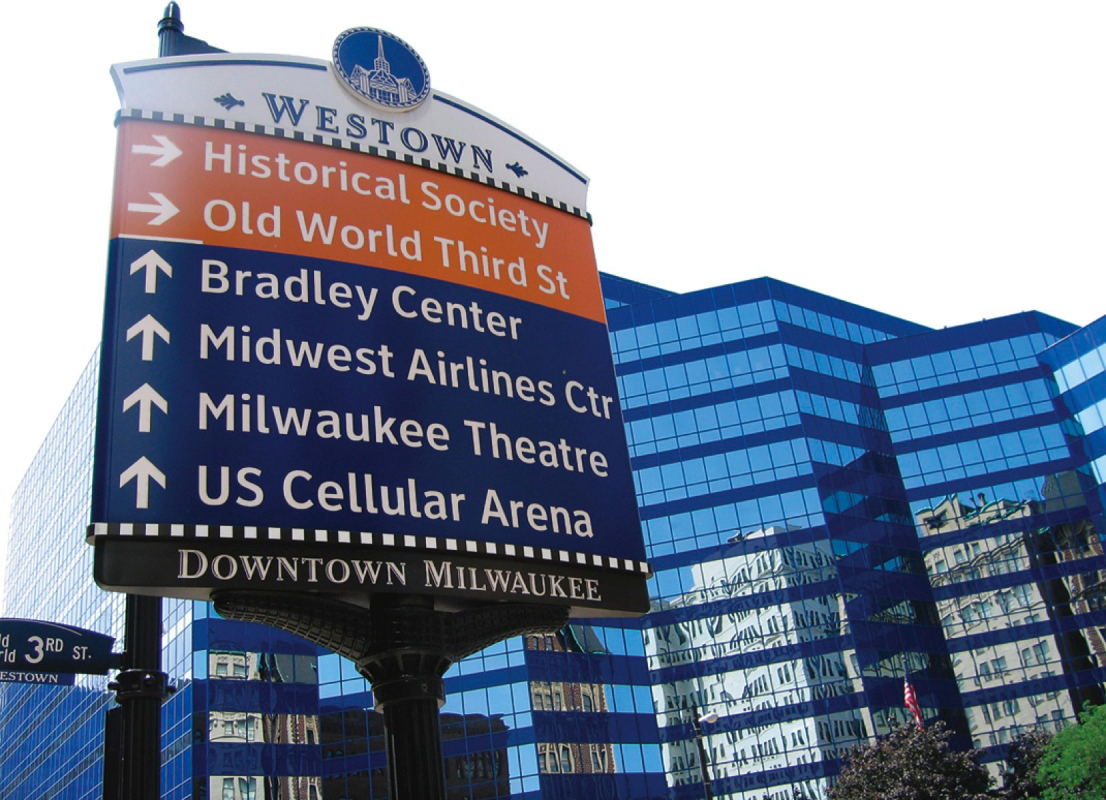 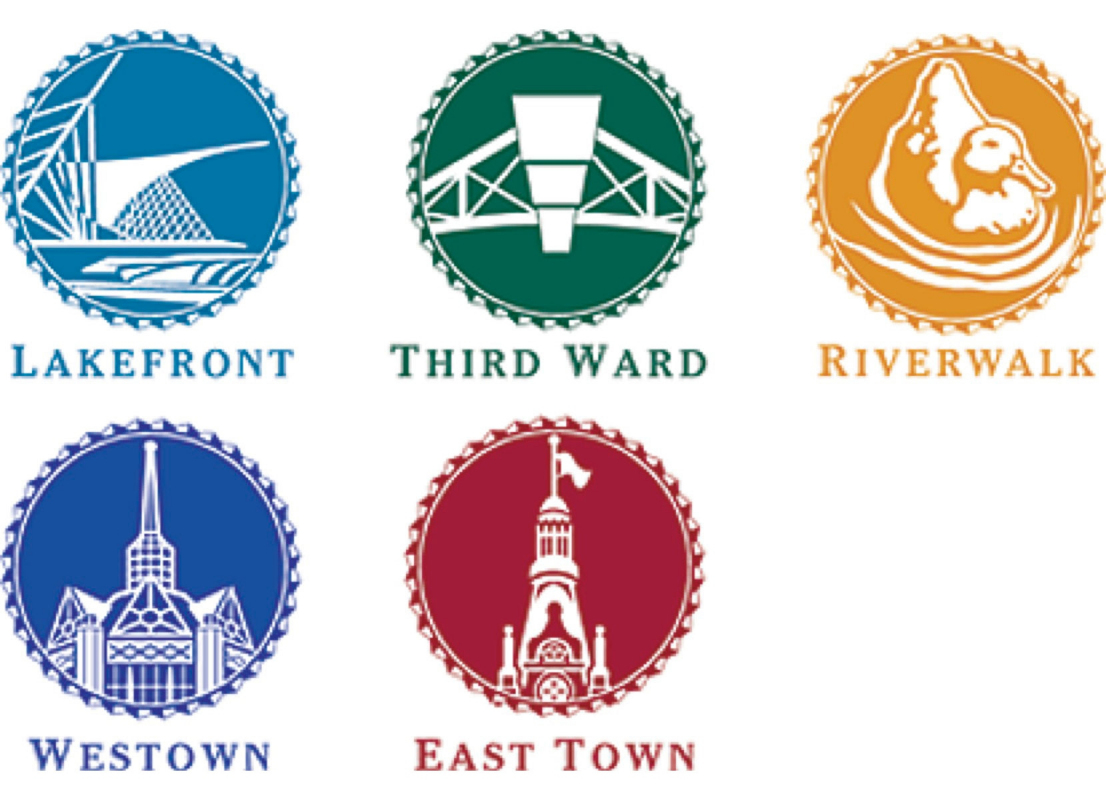 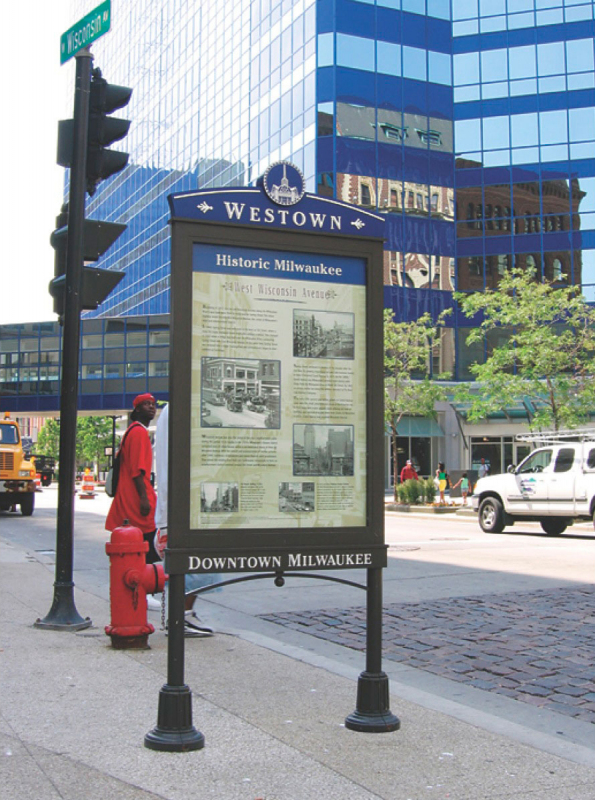