Situated along the Ohio and Erie canal, Medina’s first major business was the A.I Root Company, a manufacturer of beehives and beekeeping equipment. Now known both for its quality of living and proximity to larger cities, Medina has become a hive of activity for both residents and tourists.

Visitors to this historic town in northeastern Ohio can easily navigate from surrounding roadways to downtown, park their cars in clearly marked public lots and discover the unique heritage of the city. The wayfinding area covers nine square blocks, centered around the historic Public Square. From directional signs to historic plaques, pedestrian kiosks to destination identifiers, the system reflects the history of the city while creating pathways to its future.

As a small town with limited resources, cost for the system was a hurdle to be overcome – but our client team’s vision of an accessible city center was a key motivator: Medina’s 2005 strategic plan identified wayfinding as a primary need.

Once the design concept was finalized, we worked closely to determine how best to retain the intent of the design, while engineering the signage elements to be as cost-efficient as possible. Through extensive consultation with potential fabricators, we developed a solution that is functional, visible and beautiful within the streetscape context. 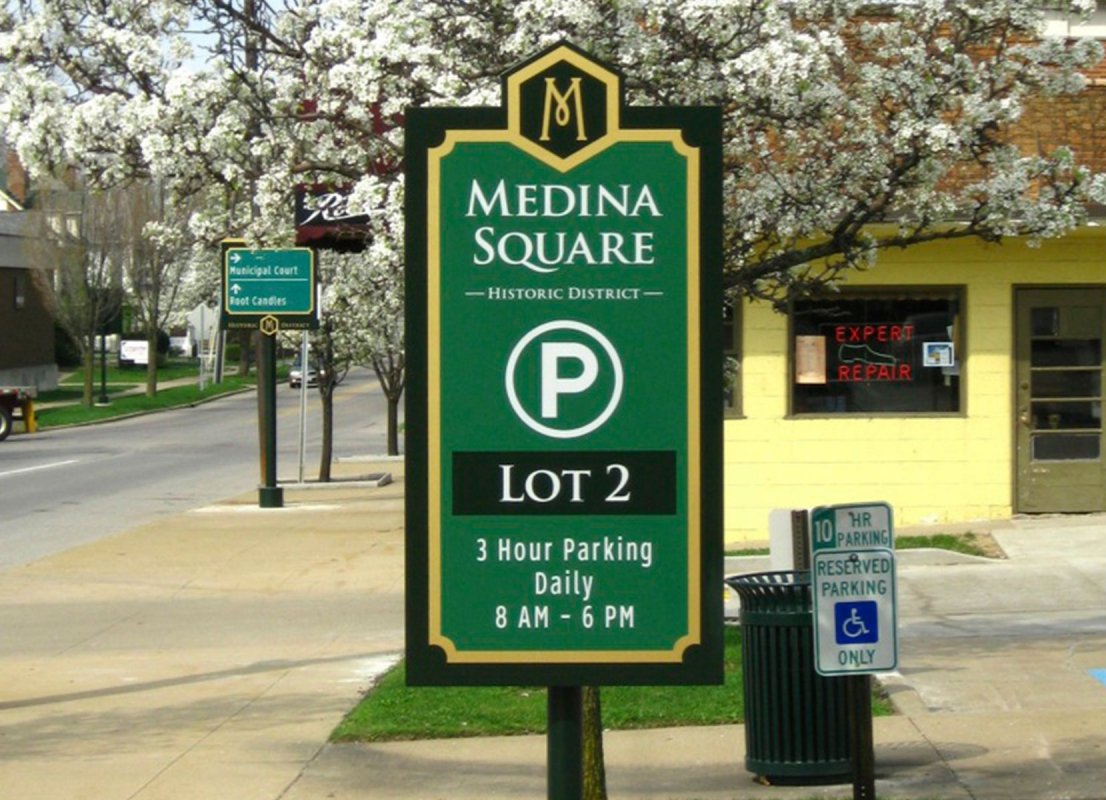 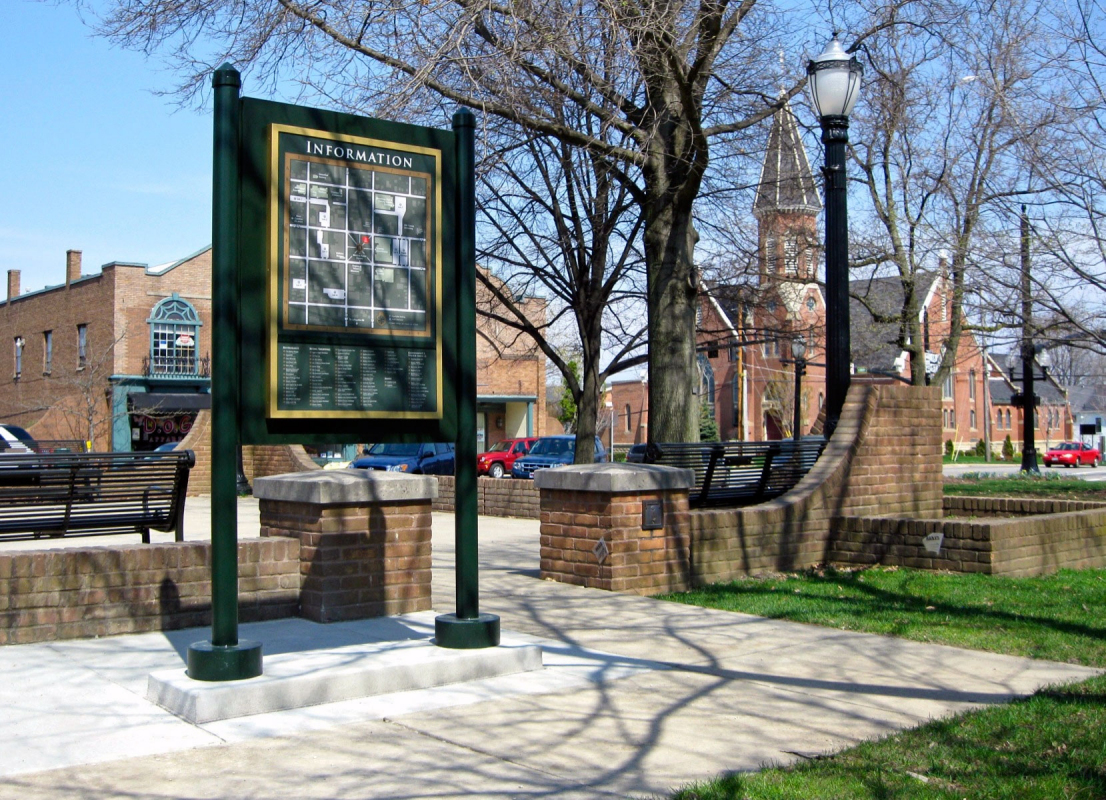 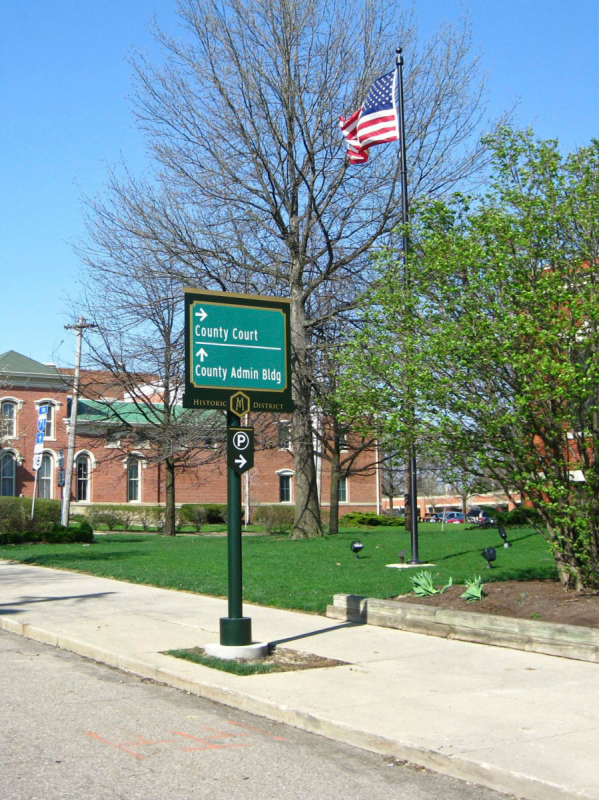 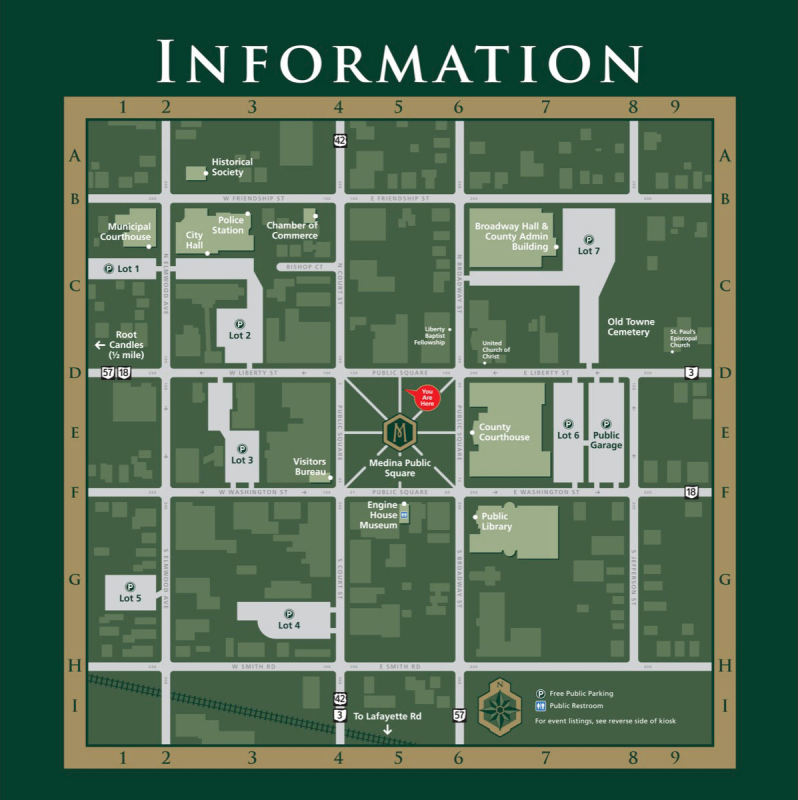 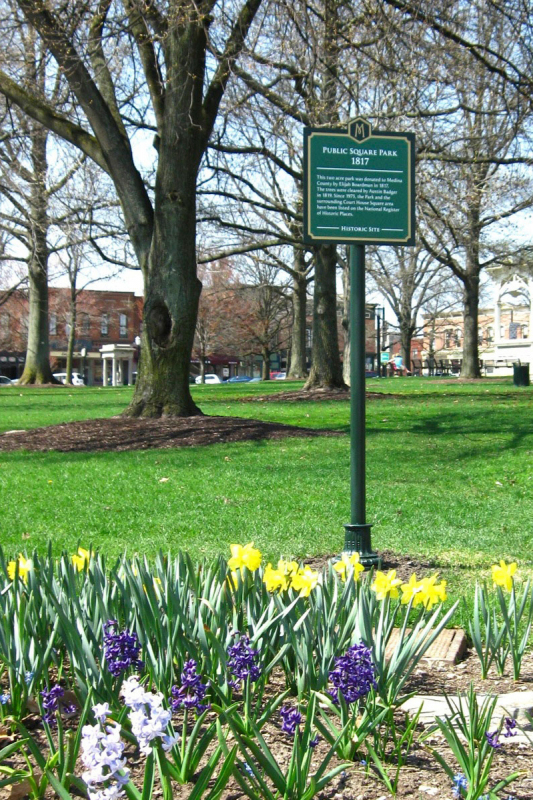