The Confederation of Downtown Associations, a group of nine business improvement districts, spearheaded the project. Goals included improving access to bus and subway systems and reducing traffic on crowded area freeways. Funding came from the districts and the Los Angeles Department of Transportation, Metropolitan Transit Authority, and Community Redevelopment Agency.

Together with community leaders, Corbin Design and Hunt Design identified and assigned names to 13 districts, and developed color-coded icons to represent each one. The icons became key program elements—featured on the more than 1,300 vehicular and pedestrian directional signs and street corner maps that make up the system, and freely provided to local hotels, transit services and parking operators to encourage their use.

The Society for Environmental Graphic Design honored this project with a 2007 Jury Award. 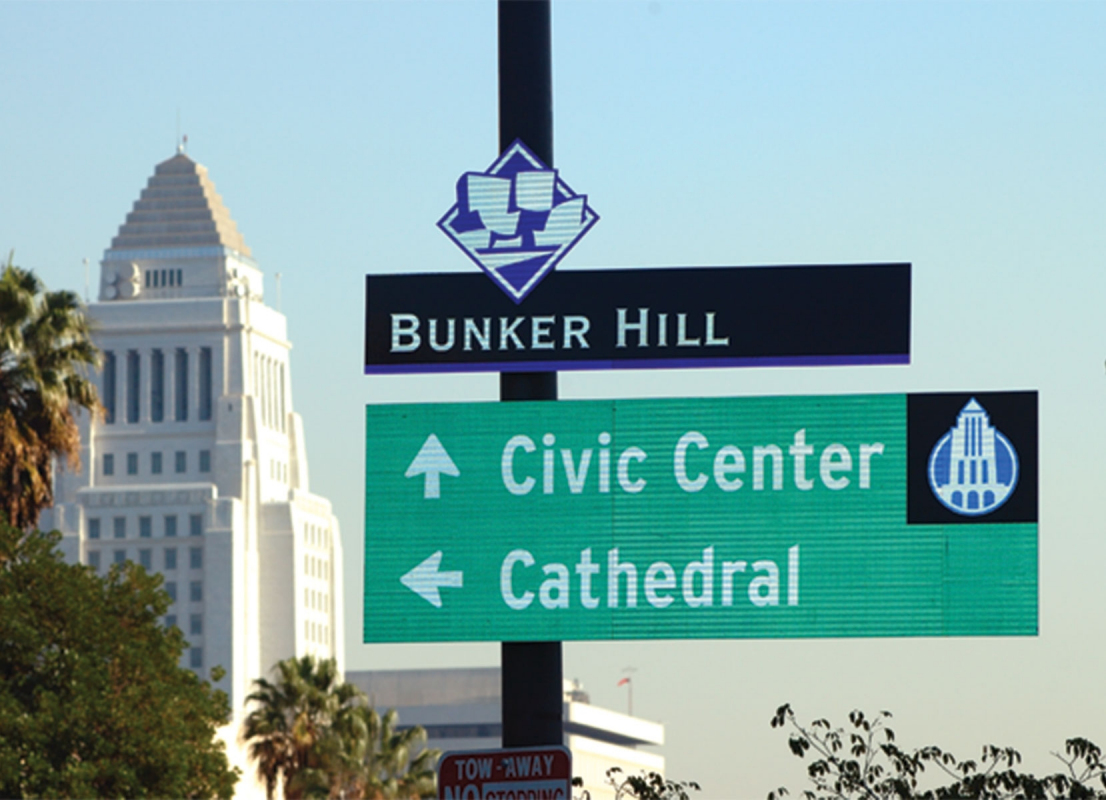 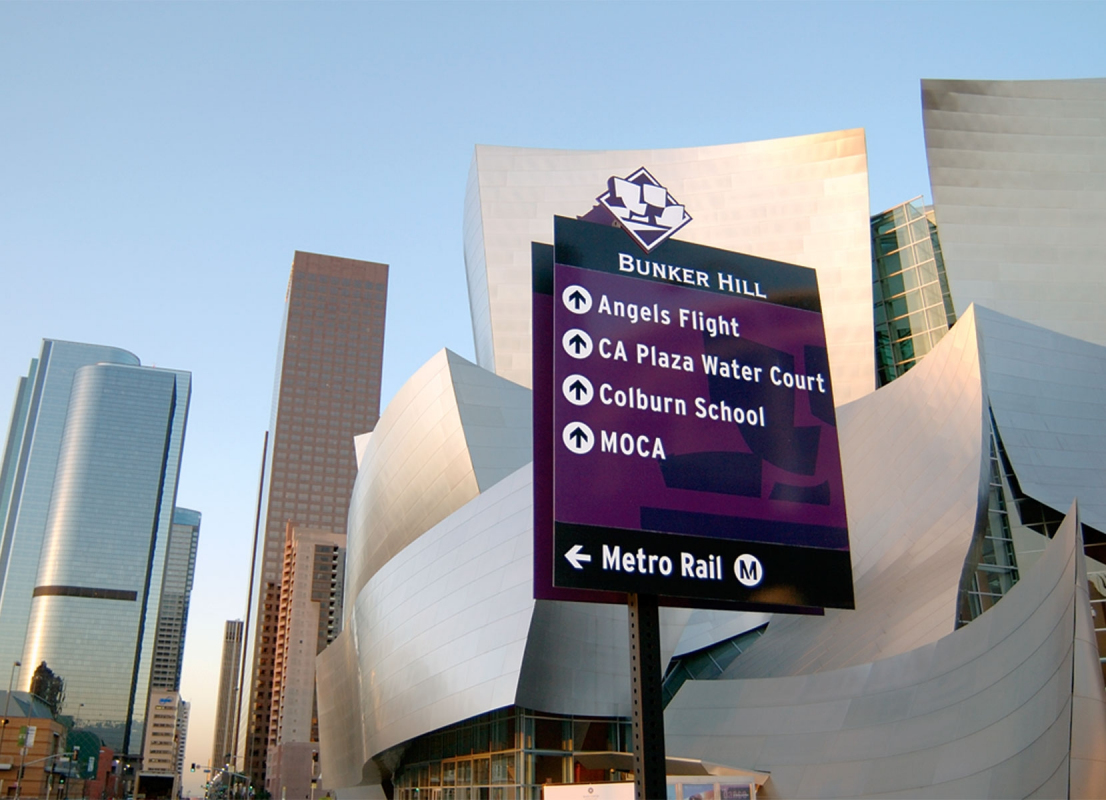 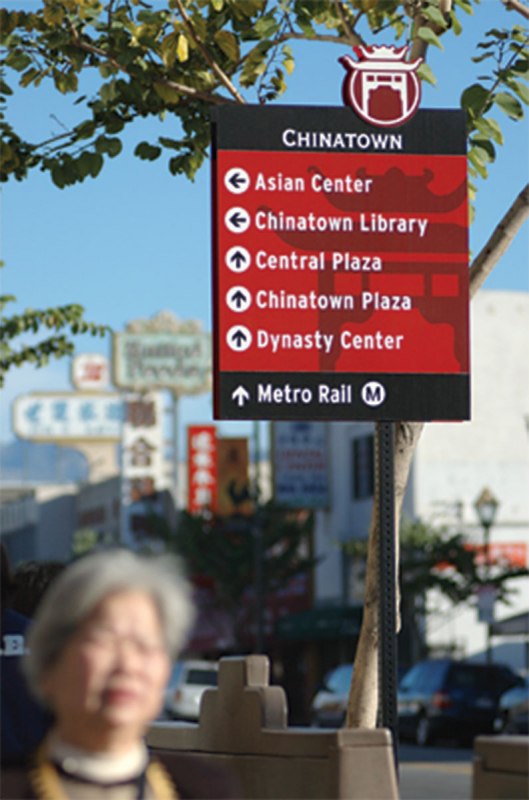 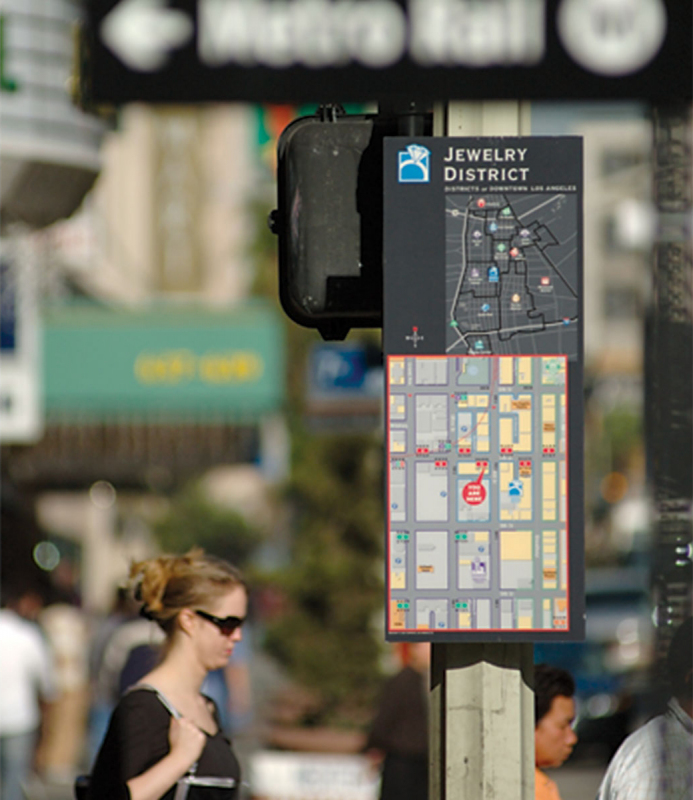