This comprehensive vehicular and pedestrian wayfinding system is designed to bring visitors to the Tri Cities area of northeastern Tennessee, and to direct them to destinations within and surrounding downtown Kingsport. Kingsport is distinguished in its design as a Model City, with downtown areas initially designated for commerce, churches, housing and industry, providing a unique wayfinding logic. This master plan is reflected in the logic that appears on signage throughout the region.

In 2008, Corbin Design engaged in an extensive study of Tennessee Dept. of Transportation (TDOT) signage locations, designing a system of signage elements that augment existing highway signage and direct visitors from surrounding highways to the downtown’s major educational, entertainment, governmental and corporate facilities.

As with most growing cities, it is necessary to direct visitors from the downtown core to outlying recreational opportunities such as historic sites, hiking/mountain biking and a mountaintop planetarium. Once away from downtown, these trailblazer signs reassure visitors that they’re continuing in the correct direction.

The signage system, particularly the gateway signs, have become valued symbols of the city’s continued growth. 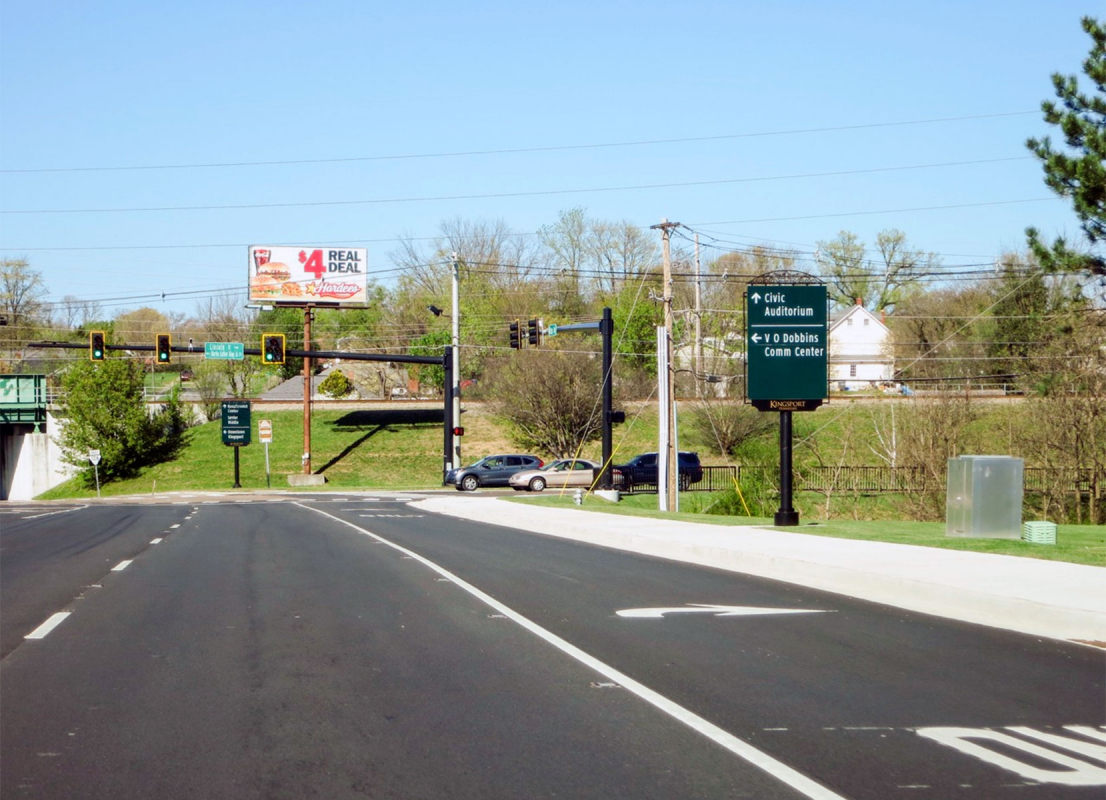 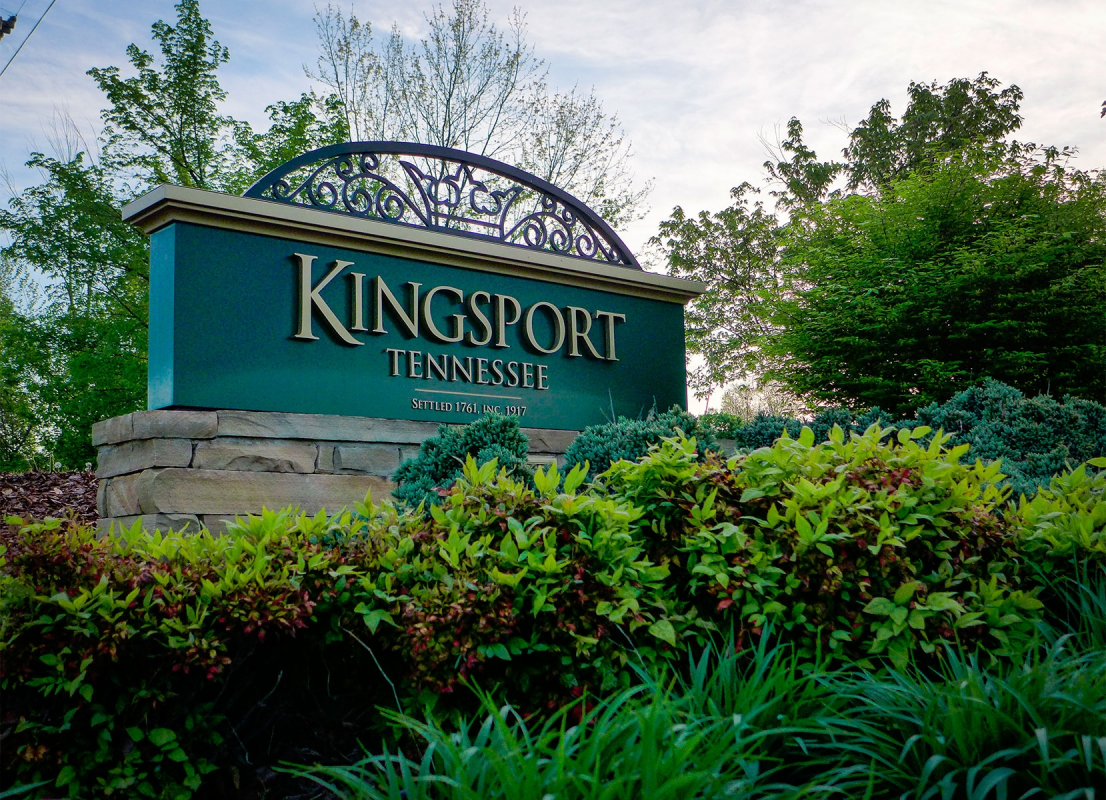 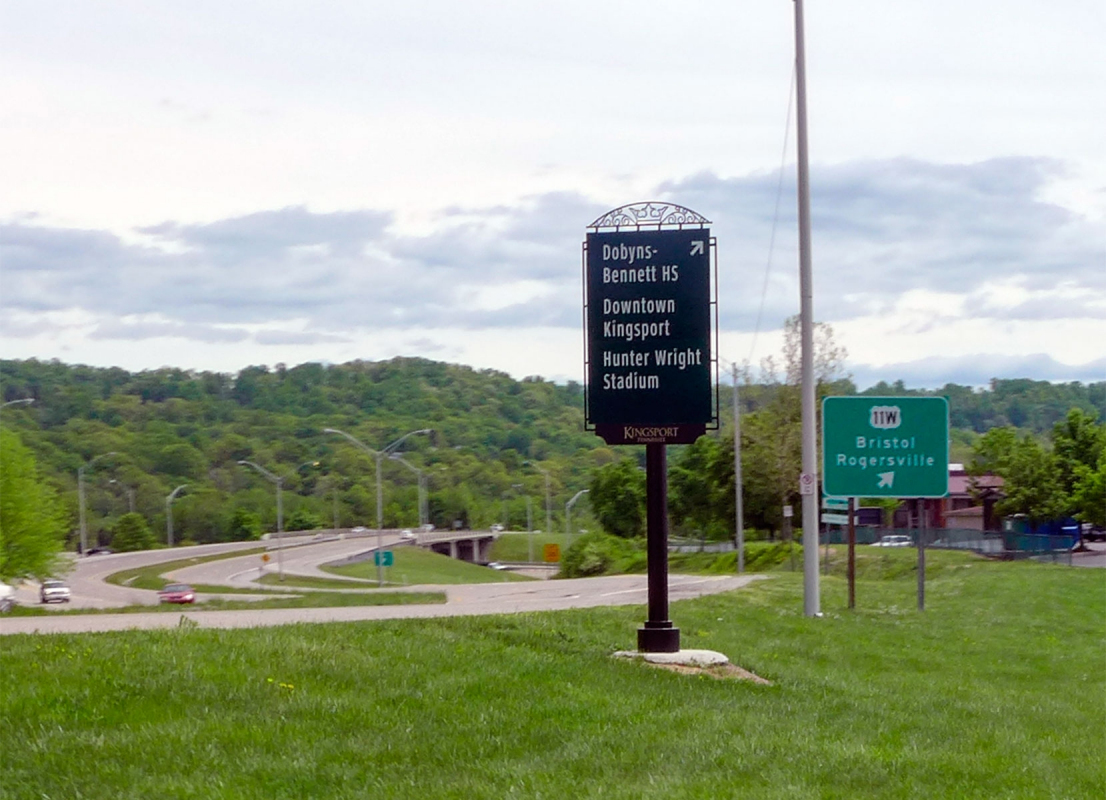 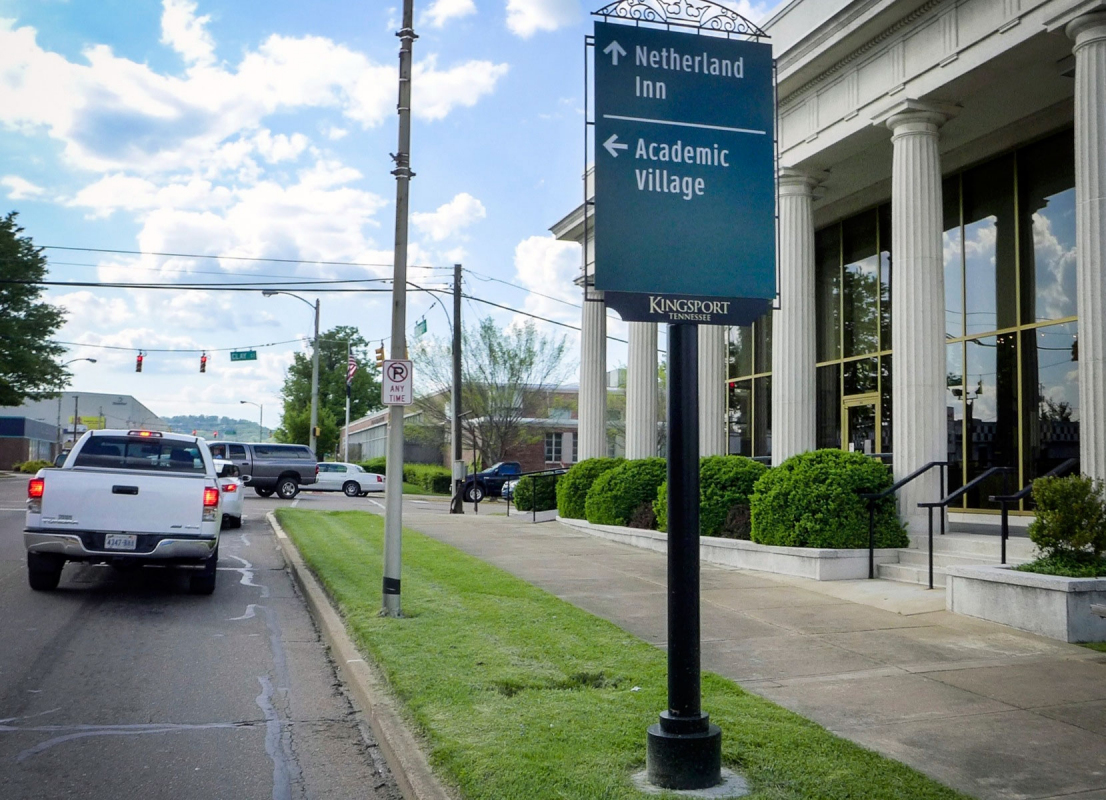 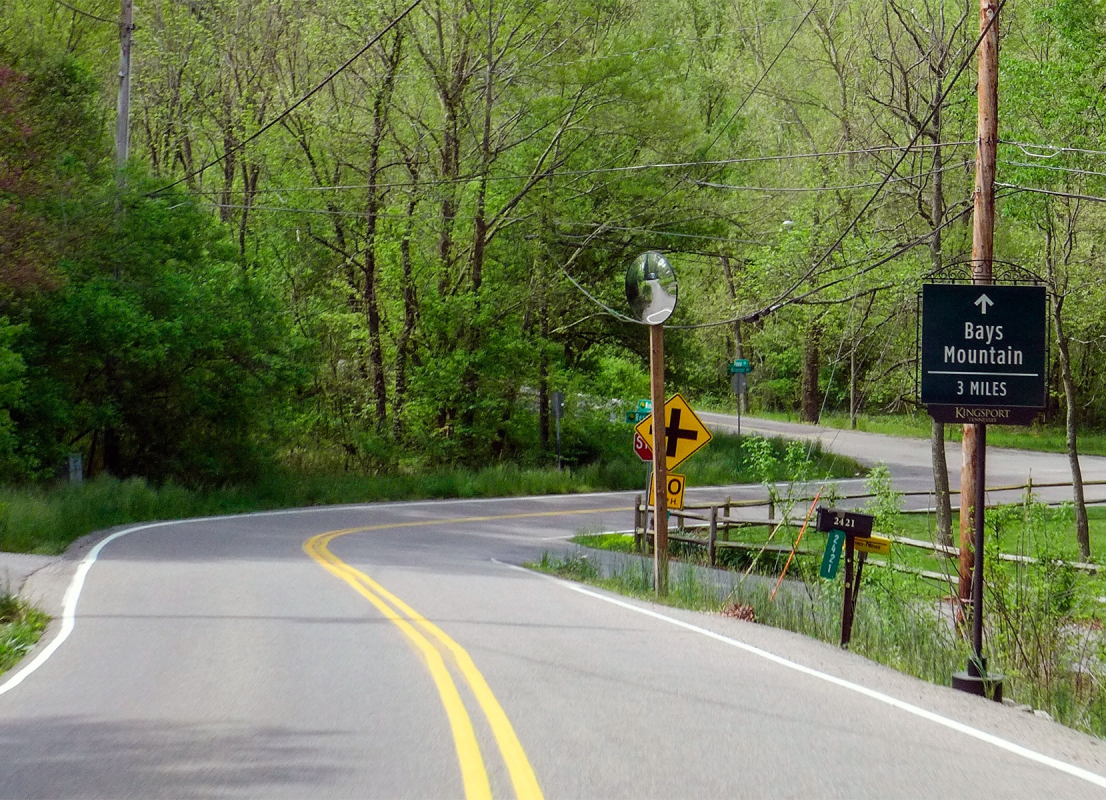 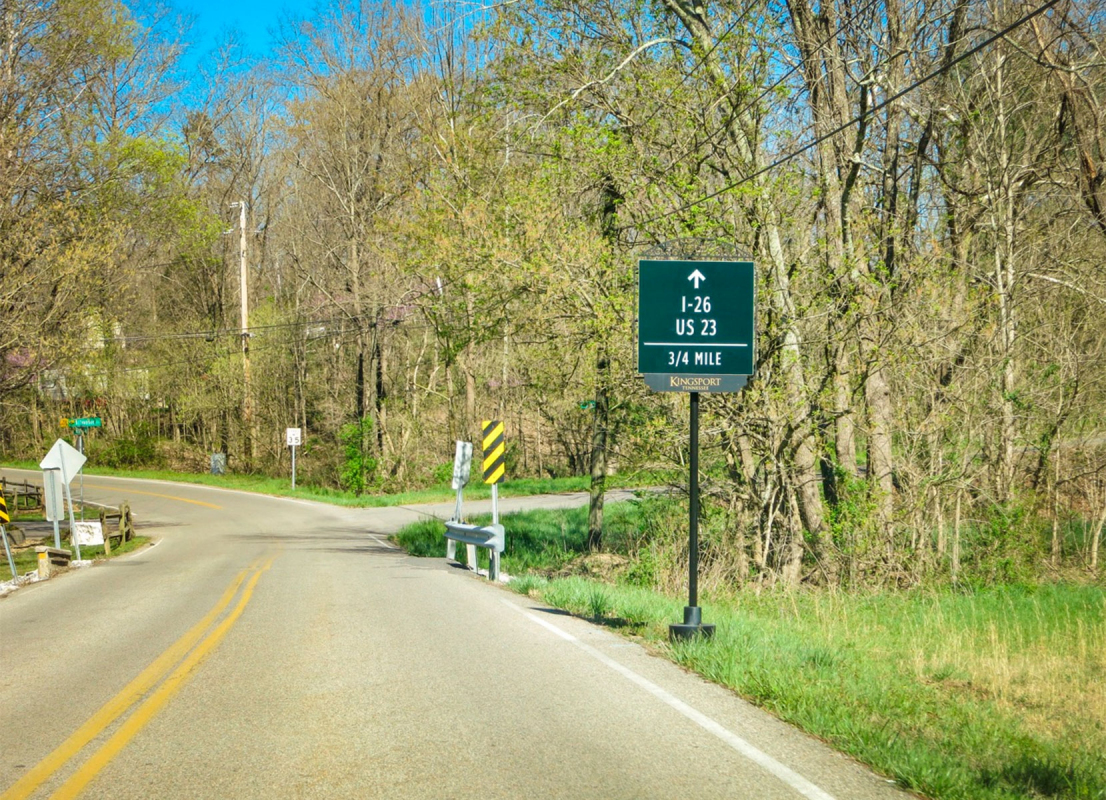 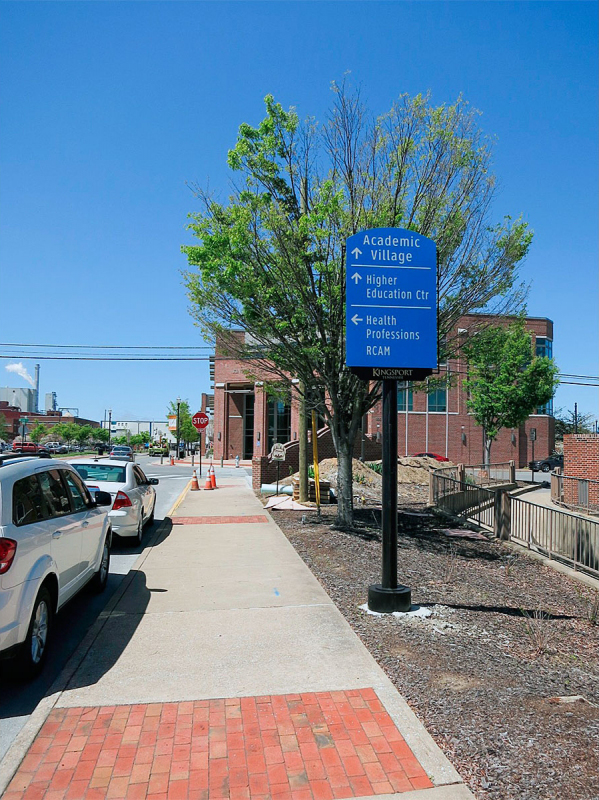 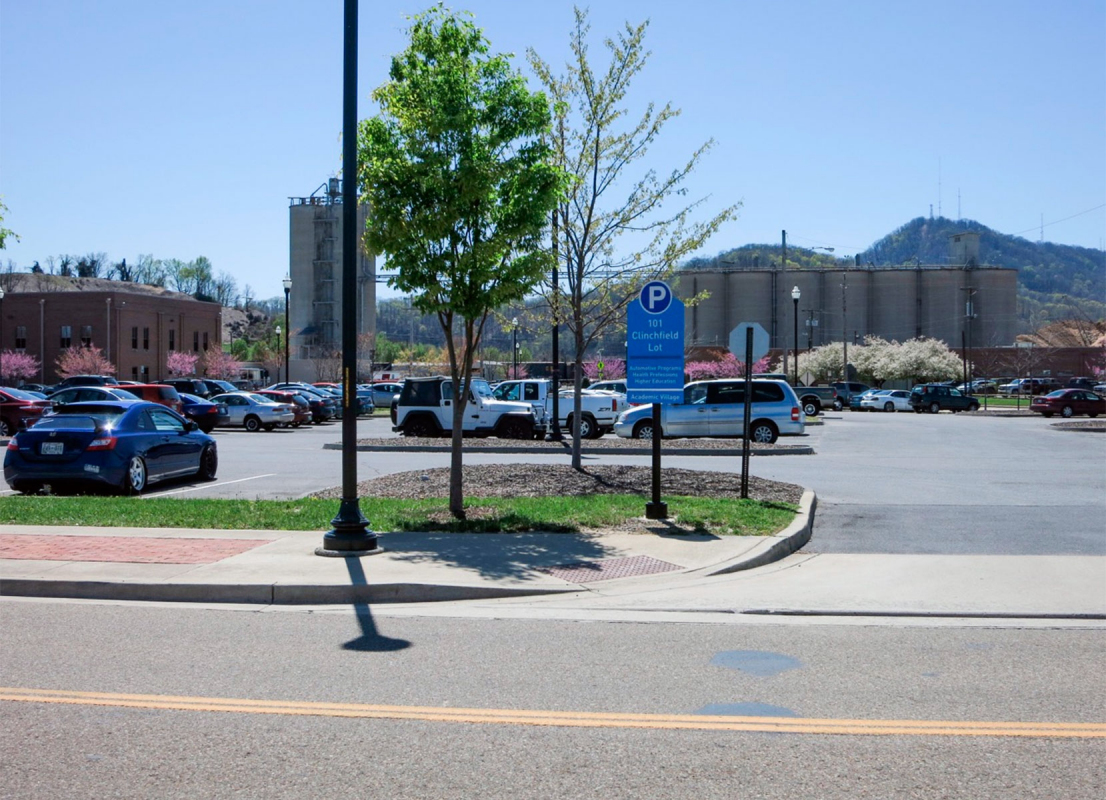 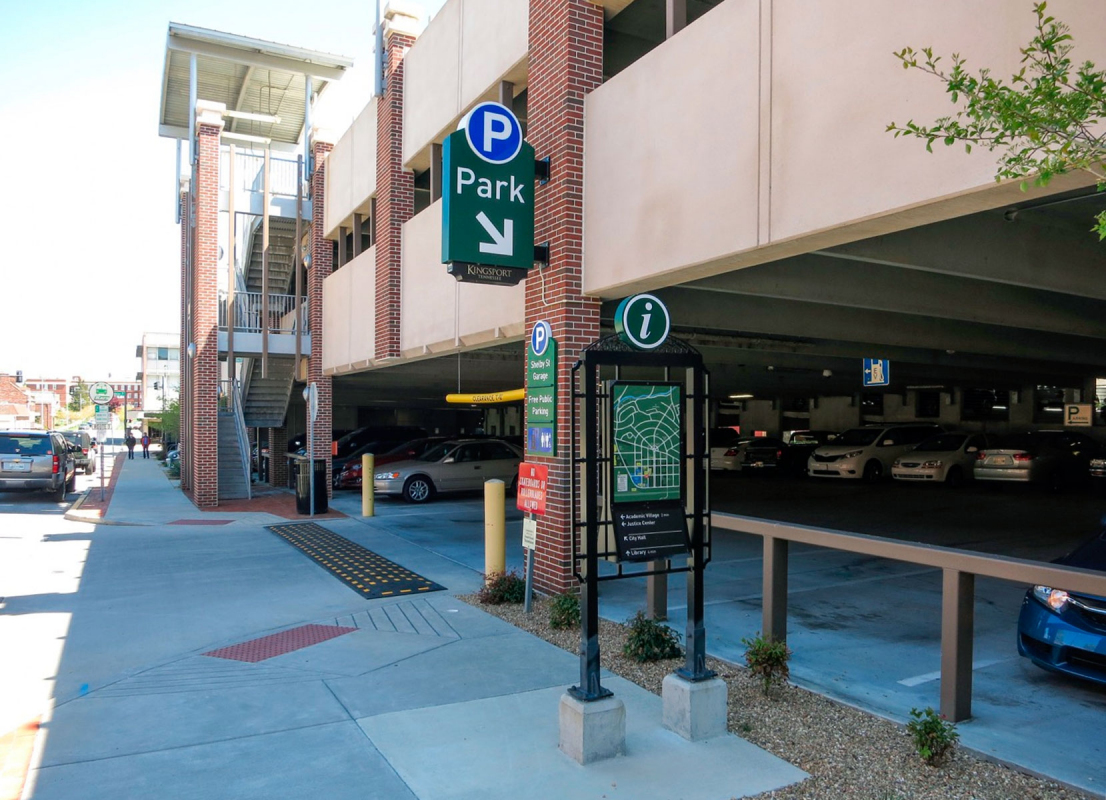 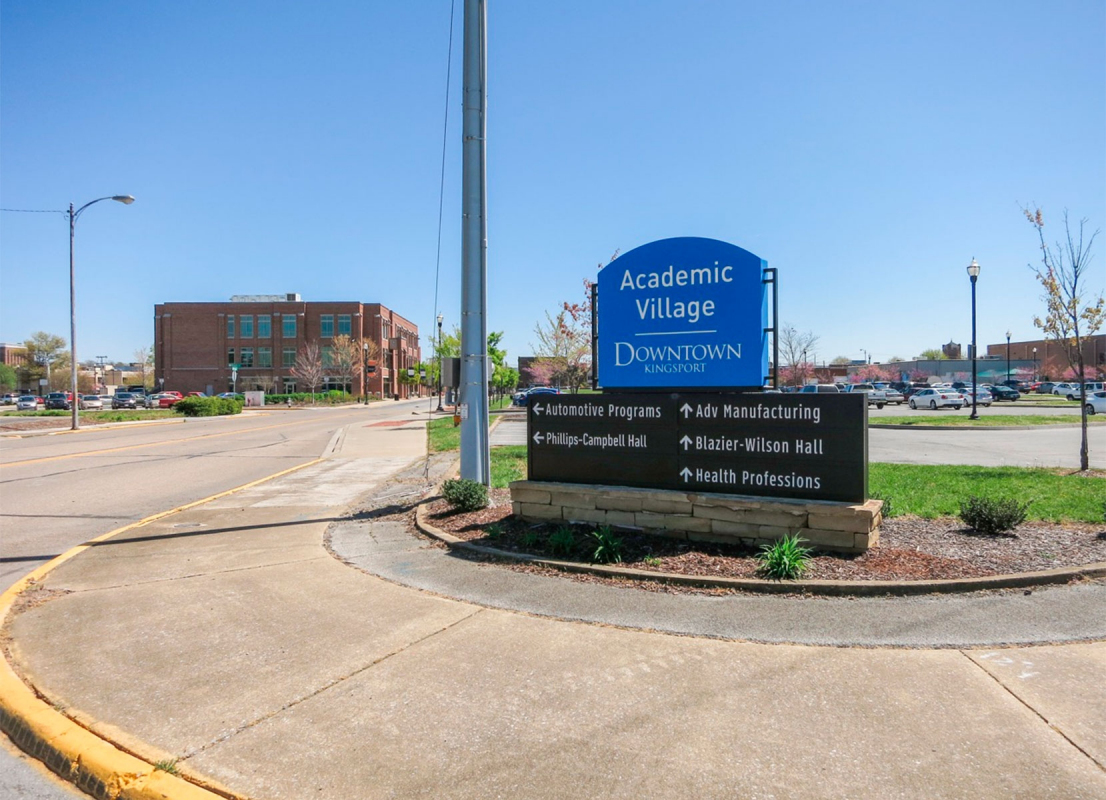 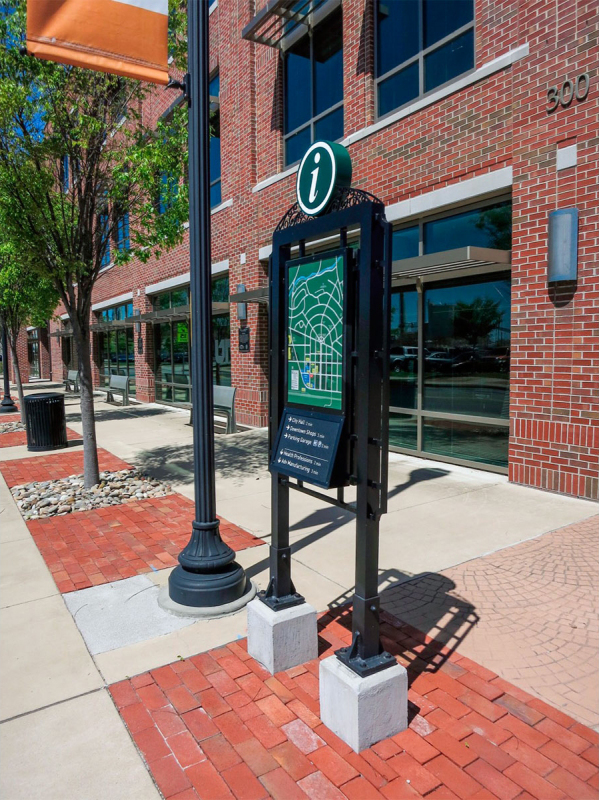 I am happy to recommend Corbin Design. The team is clearly experienced in the specialty niche of wayfinding. They have experience in many states and DOTs from across the country. While they are experts in their field, they are also approachable and conversational. They were always willing to answer our endless stream of random questions with tact and professionalism. When working with Corbin, you quickly learn this is not just a bunch of random signs. It is a well-considered, thoughtful system that leads people to their ultimate destination and makes our city “look good” as a result.