Known as the City of Fountains, Kansas City could just as easily be called the city of freeways. Five highways cross the region, making the city readily accessible, but complicating wayfinding to local destinations.

Fortunately, city business leaders and the Missouri Department of Transportation embraced the wayfinding program developed by Corbin Design. MoDOT staff worked with our staff to redesign highway signage that incorporates direction-giving to area districts and the major destinations within them.

The district designations—from 18th and Vine’s historic jazz venues to the River District area with its expansive outdoor City Market—were drawn from the local culture. Signs within each district announce one’s arrival and point the way to specific destinations and nearby parking.

The information architecture underlying the system centers on the creation of a bull’s-eye over downtown Kansas City, with two more concentric circles farther out. Each of the wayfinding districts naturally falls within one of the three color-coded zones. The symbols that Corbin Design developed for each district use a ring of the appropriate color to indicate where the district lies geographically, showing visitors what zone they’re in and how close they are to the city center. 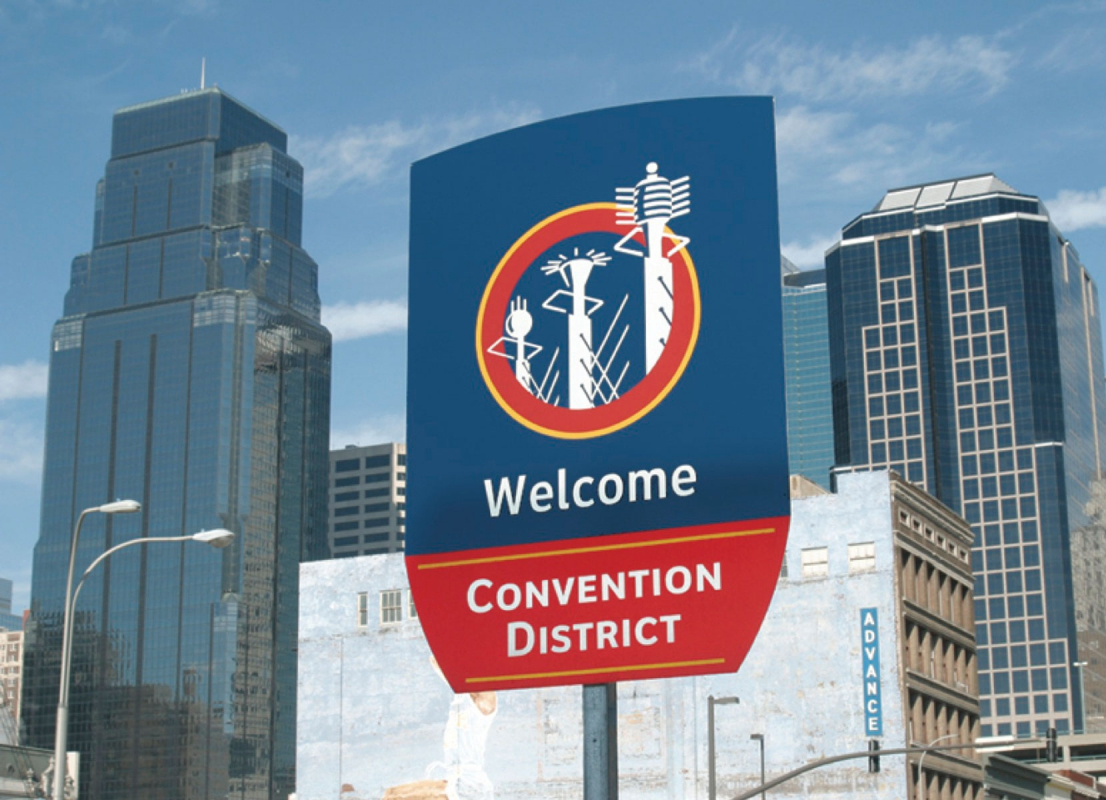 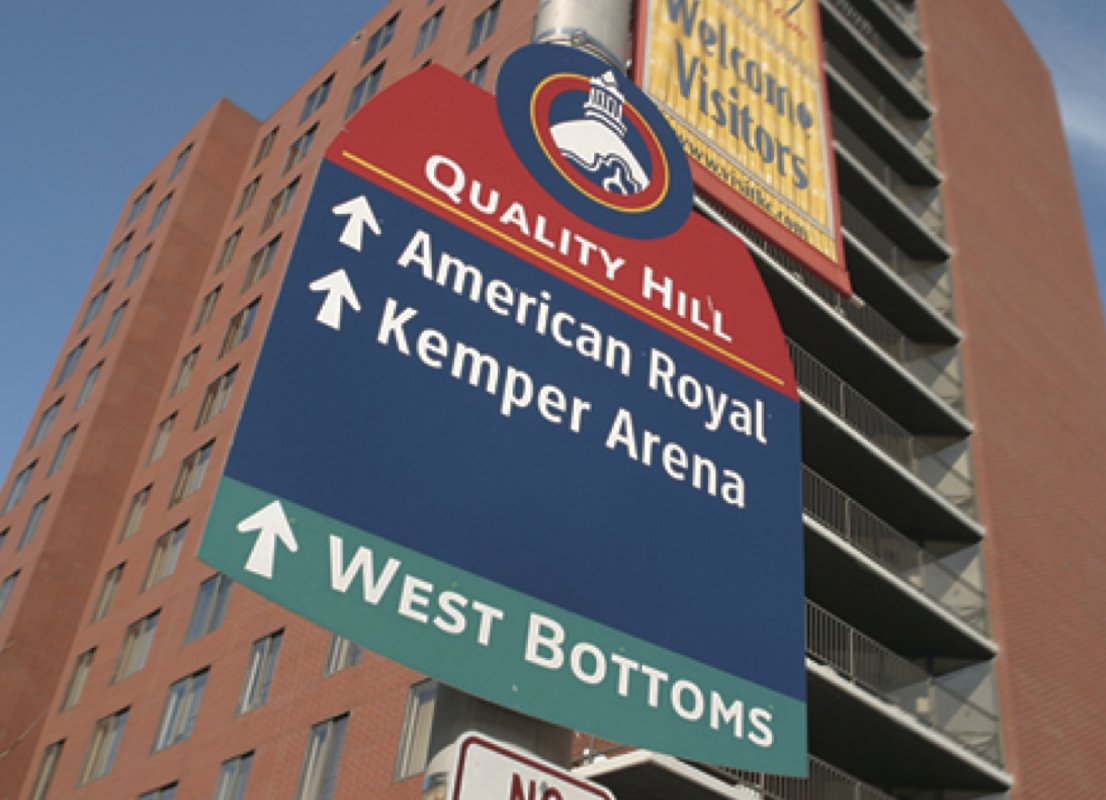 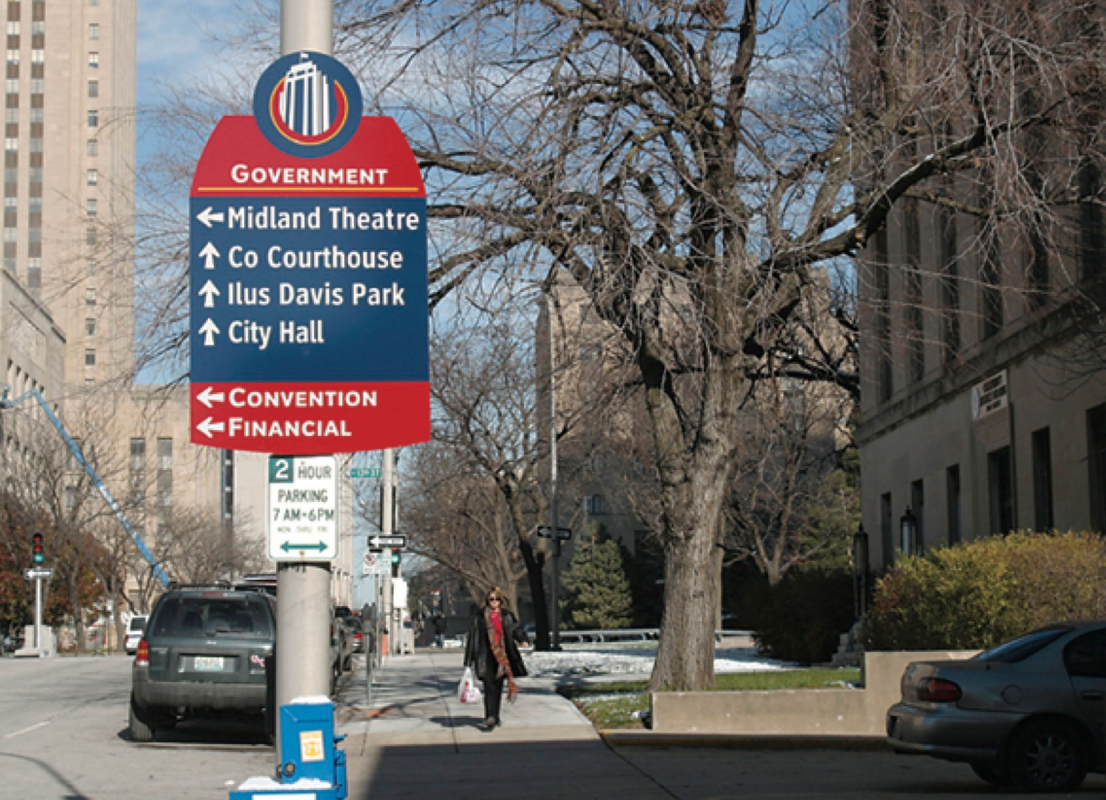 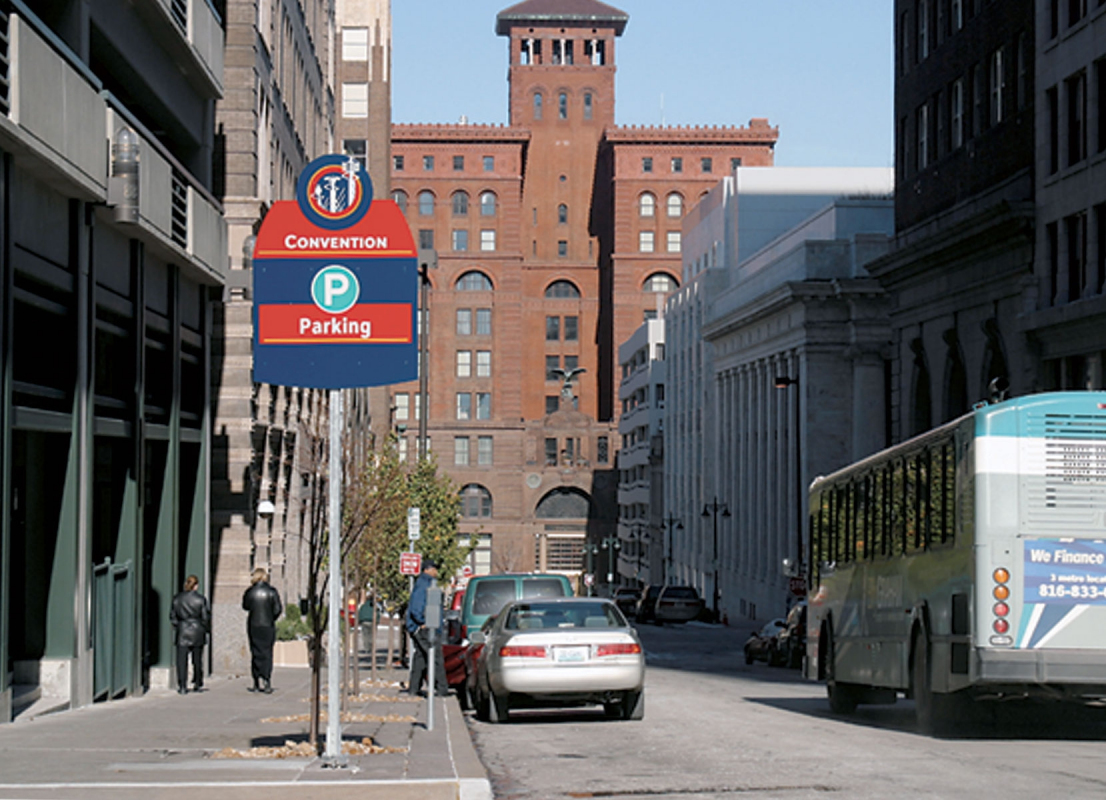 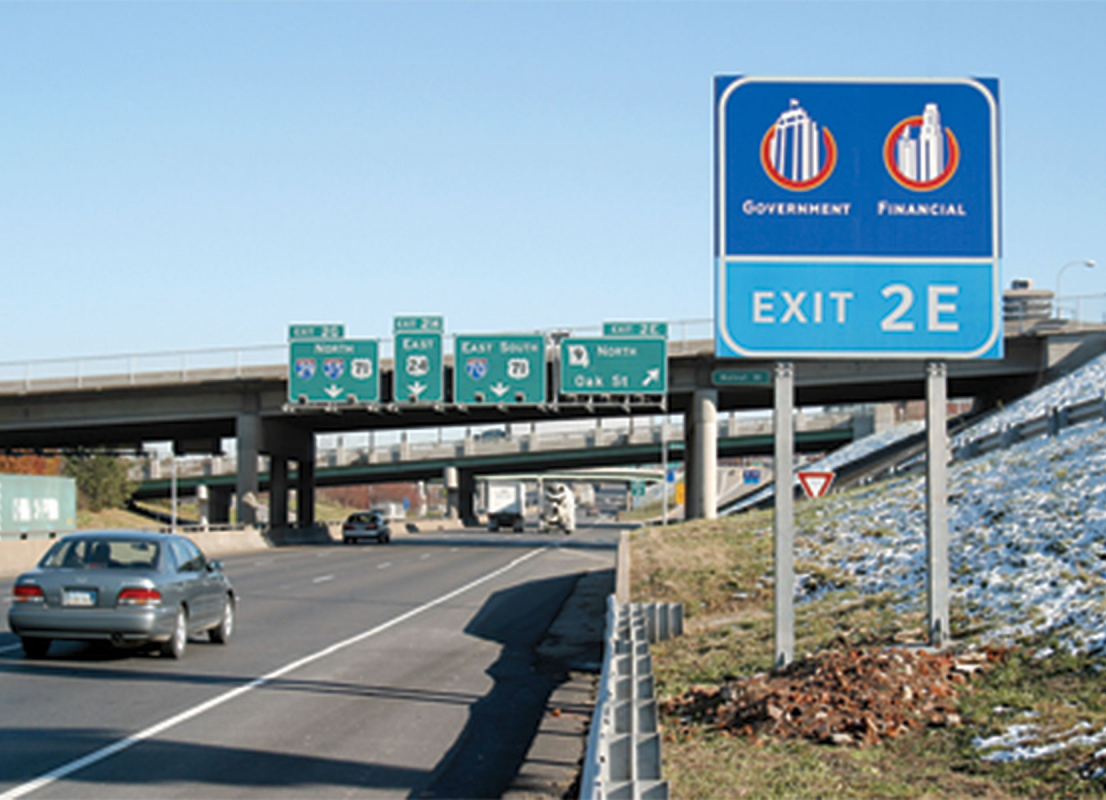