Located at the confluence of two major highways, this city of 1,000,000 people boasts a thriving downtown that is attracting an increasing number of regional and international visitors. The city’s urban character, though, can be disorienting to visitors from surrounding rural areas. That, together with a large number of one-way streets and a bend in many streets to follow the nearby Grand River, leaves some visitors confused.

Corbin Design helped the city organize its wayfinding system into four districts and developed a list of major public destinations within each district. Symbols were designed for each district using local landmarks, including a well-known Calder sculpture in the CenterCity district and a tower at Grand Valley State University in the WestSide district.

Welcome signs introduce visitors to the four districts, and to the symbols and colors that represent each. District and local directional signs use the city seal and the new symbols to point drivers to the districts before directing them to specific destinations and parking areas within each district.

On a smaller scale, pedestrian signs display maps of the entire downtown and the immediate neighborhood, along with a list of destinations and their map coordinates. A circle on the neighborhood map shows destinations within a five-minute walk from the viewer’s location. 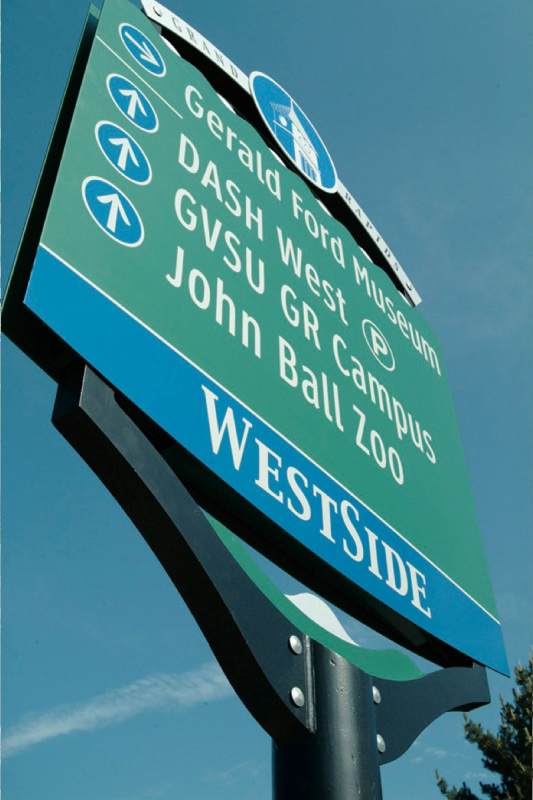 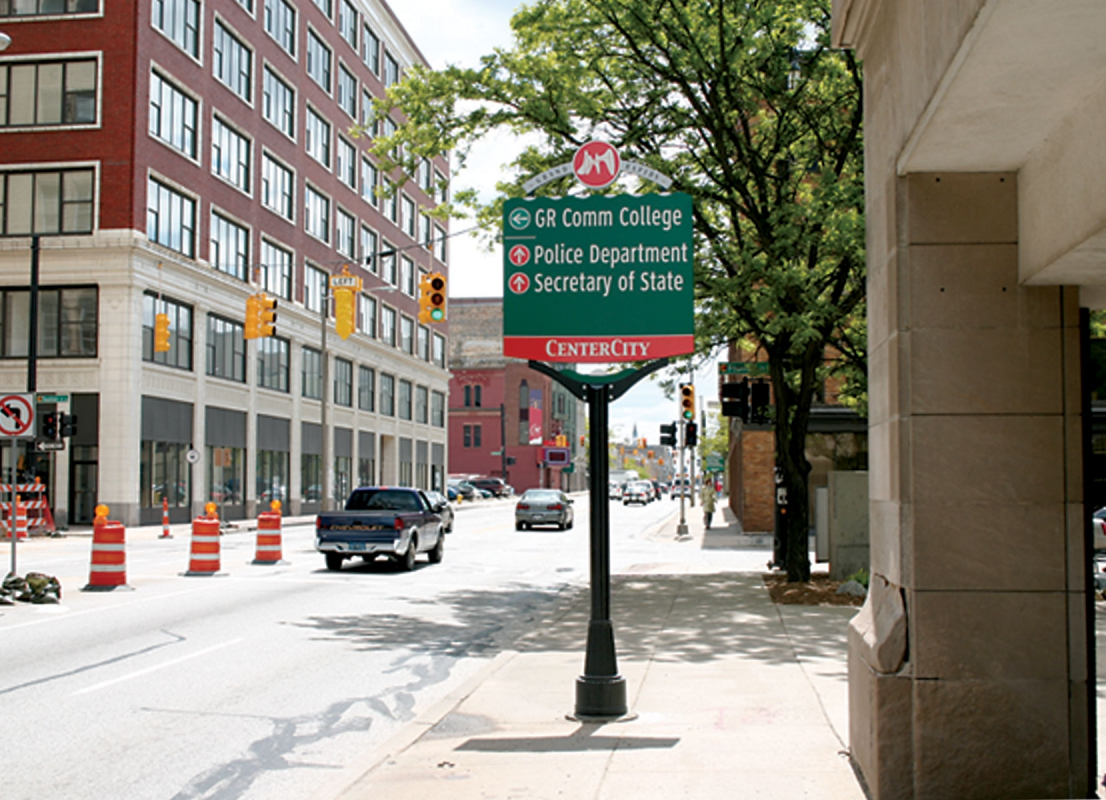 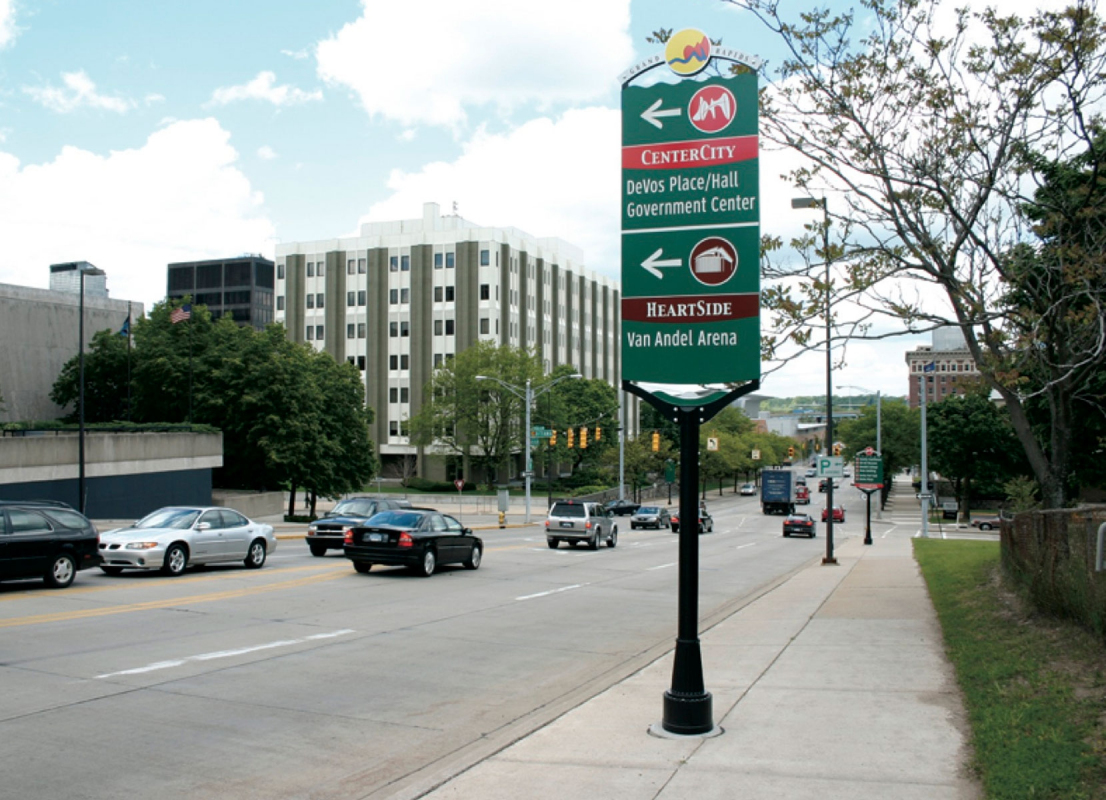 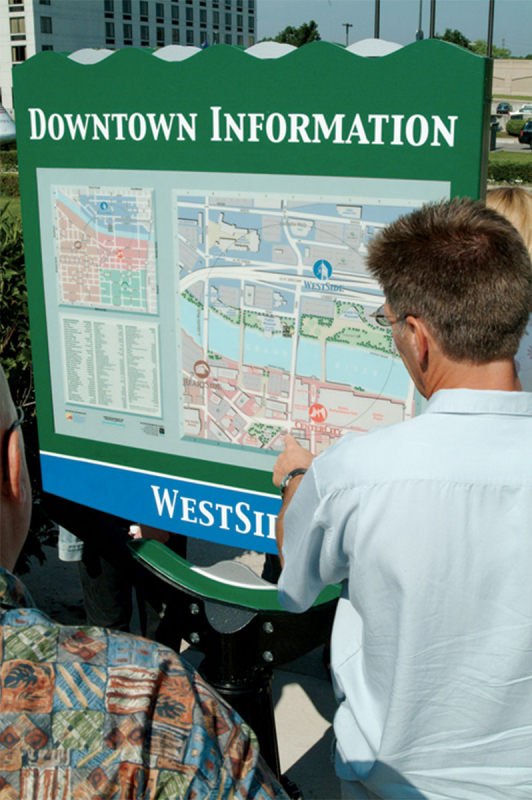 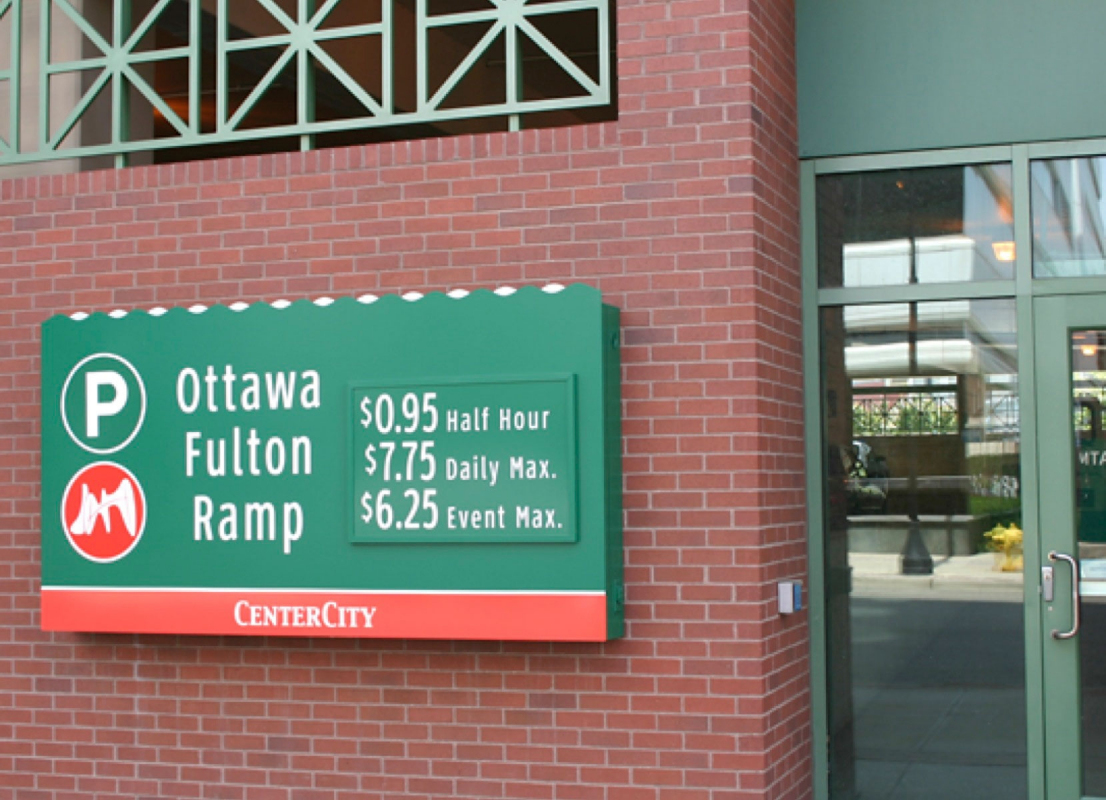