Fort Worth is a city of contrasts: home to the Historic Stockyards, Kimbell Art Museum, Will Rogers Memorial Center and several universities, this Texas town’s reputation runs from cowtown to cultural mecca. Millions of visitors come to Fort Worth each year for its diversity of destinations and the events and entertainment it offers.

The city has three separate districts: Downtown, the Cultural District and the Historic Stockyards. Our wayfinding challenge was to differentiate these districts, trailblaze between them, and then direct to primary destinations within each district.

We began with an already established color logic, which we incorporated into each sign type and map. Once inside a district, visitors can orient themselves and determine whether to walk, drive or take a free trolley to their next stop. This allows visitors to park once and spend time exploring, benefitting more local merchants.

Since the Texas Department of Transportation (TxDOT) funded the signage, we worked extensively with City departments, Historic Districts and TxDOT to assure compliance. Each district had strict guidelines for the scale, placement and contrast of wayfinding signage. Within these constraints, we designed a simple, dramatic sign system that’s easily recognizable throughout the city. 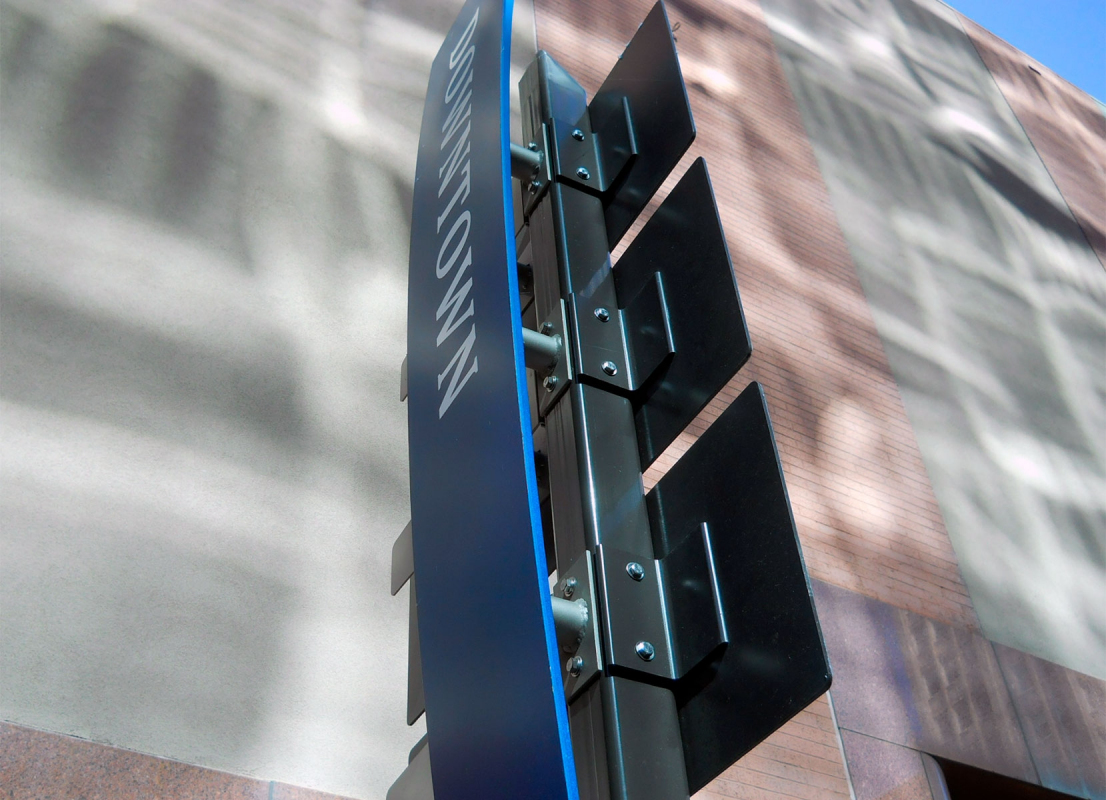 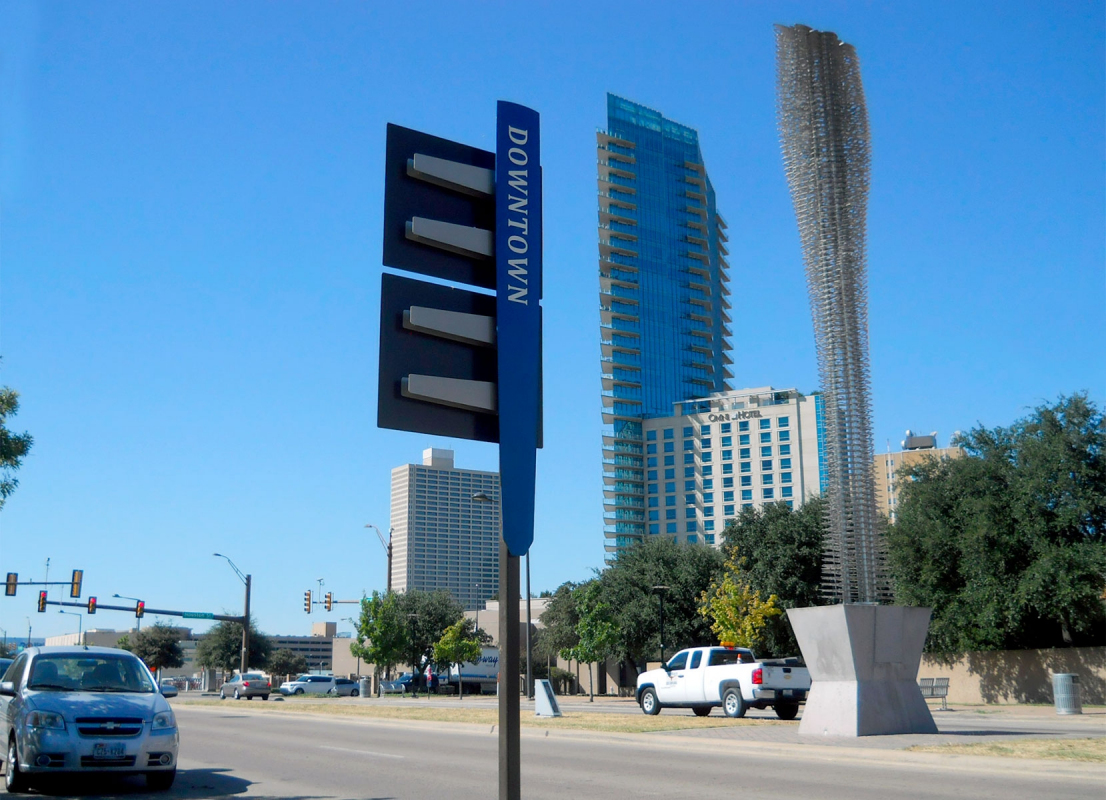 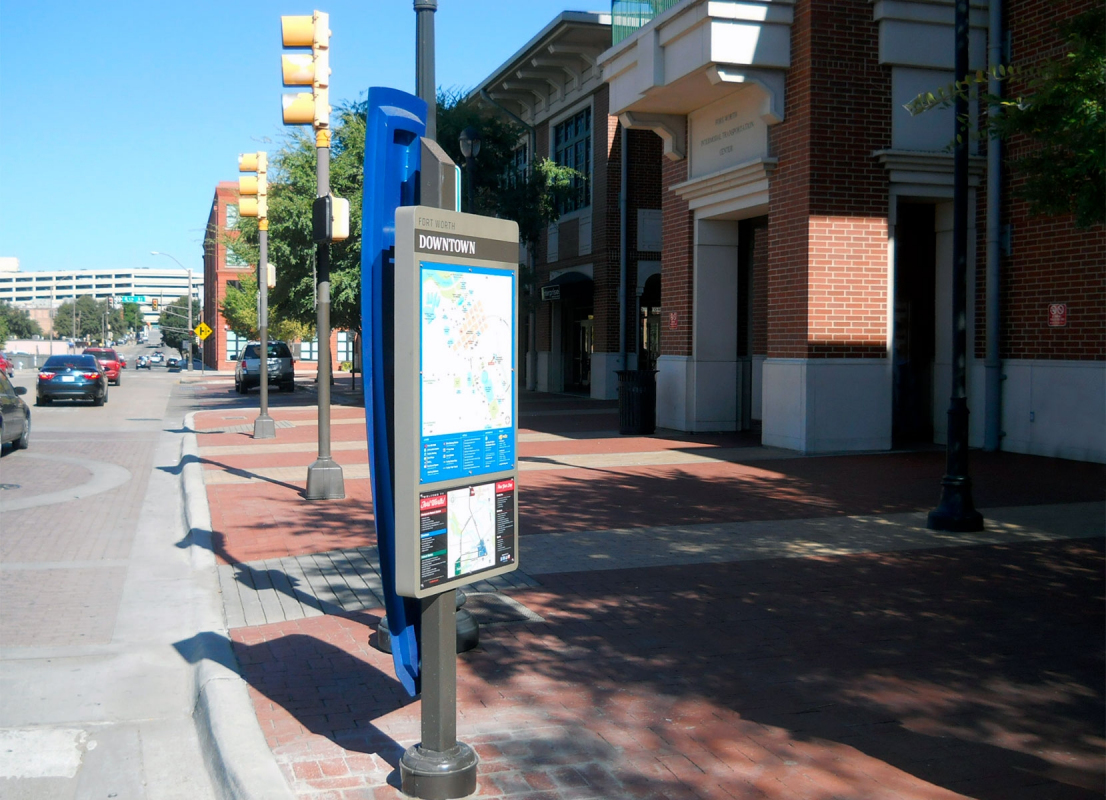 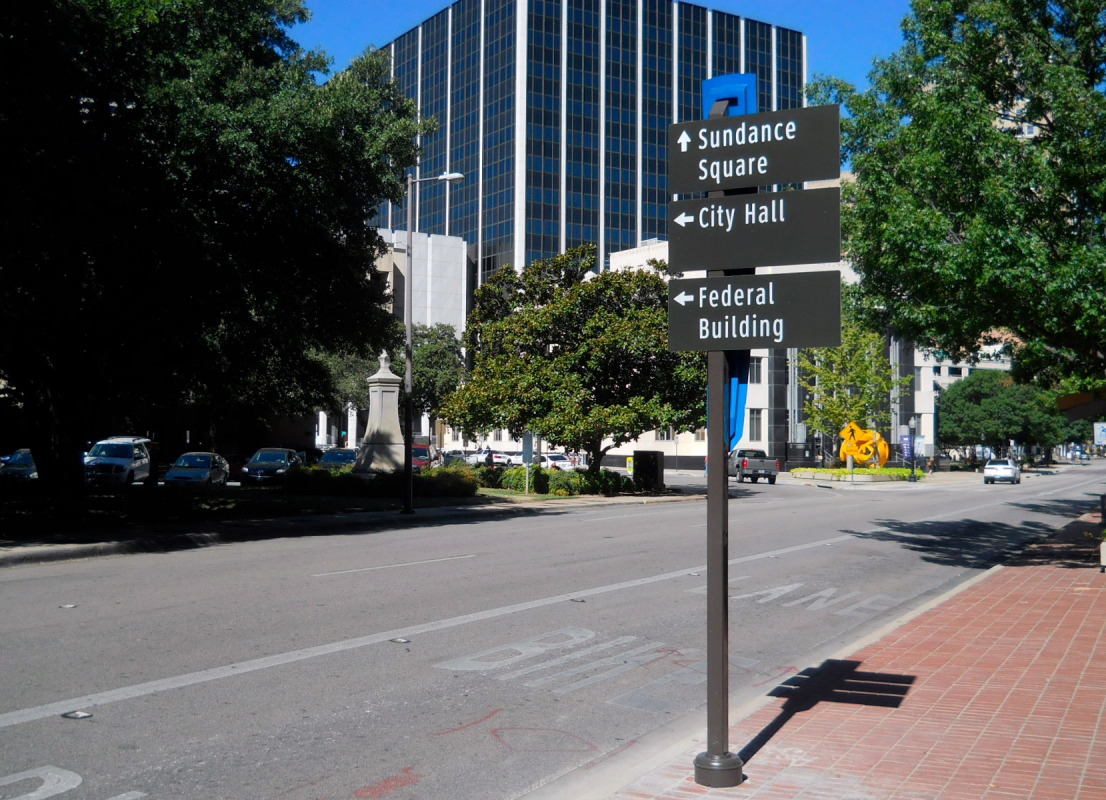 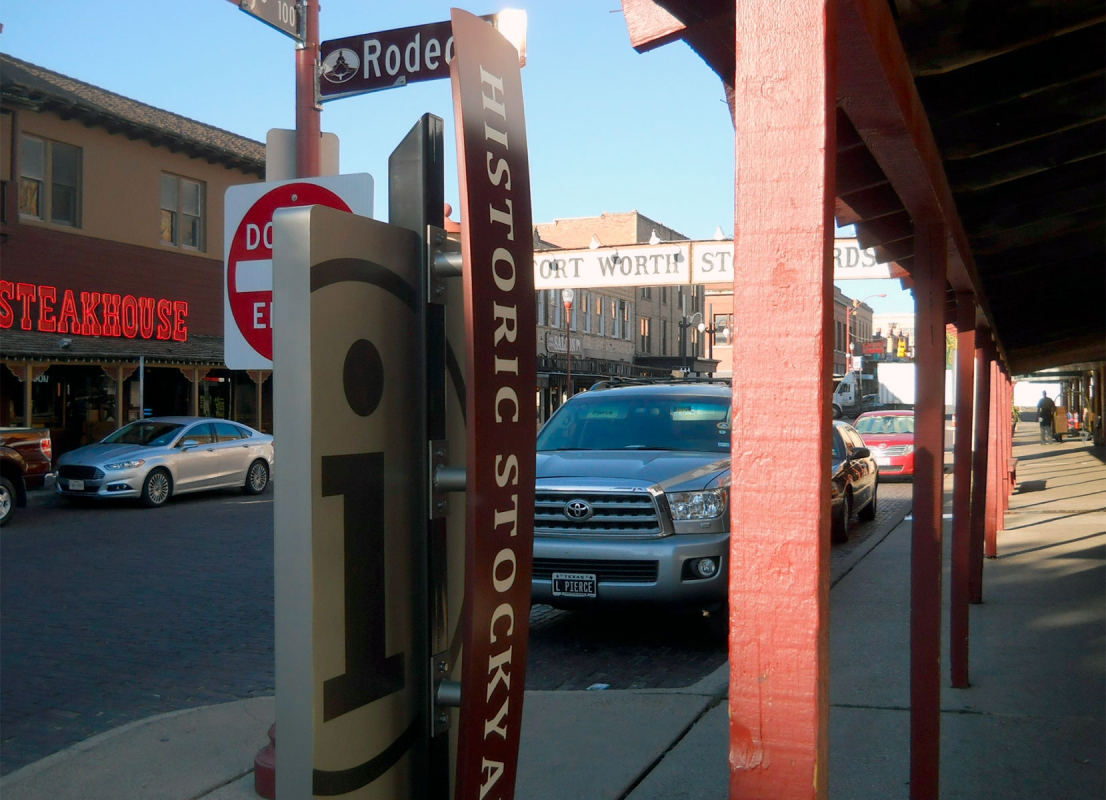 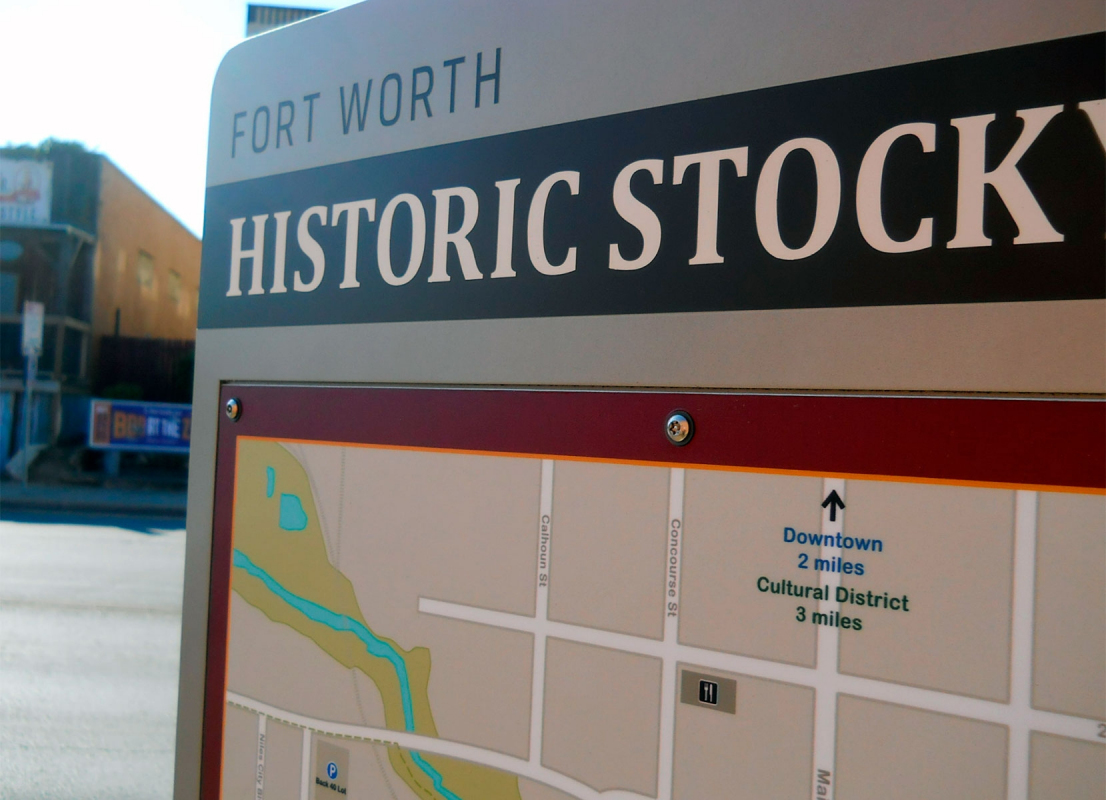 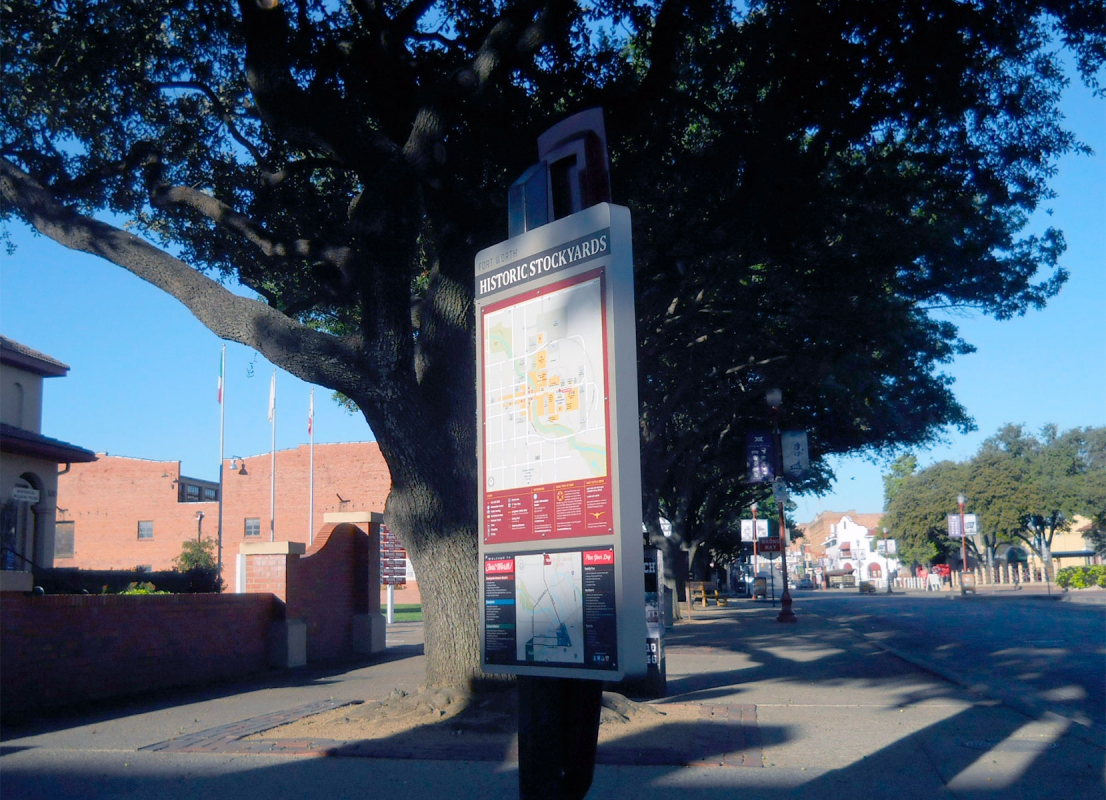 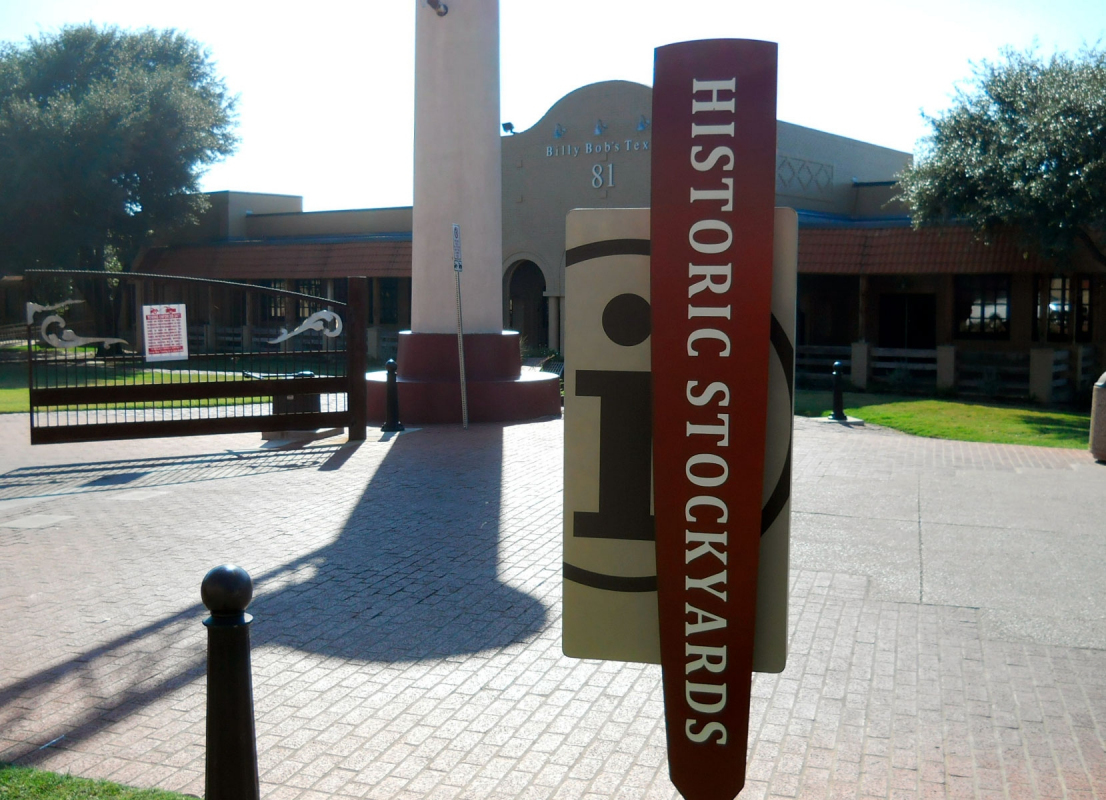 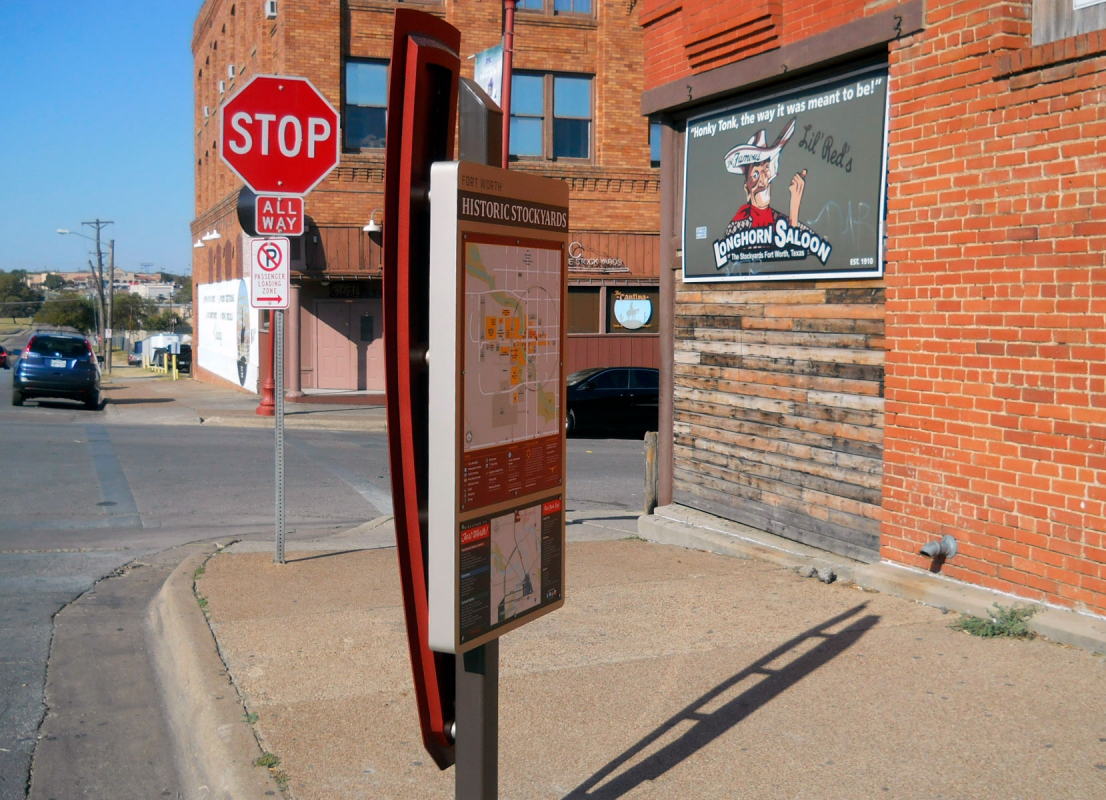 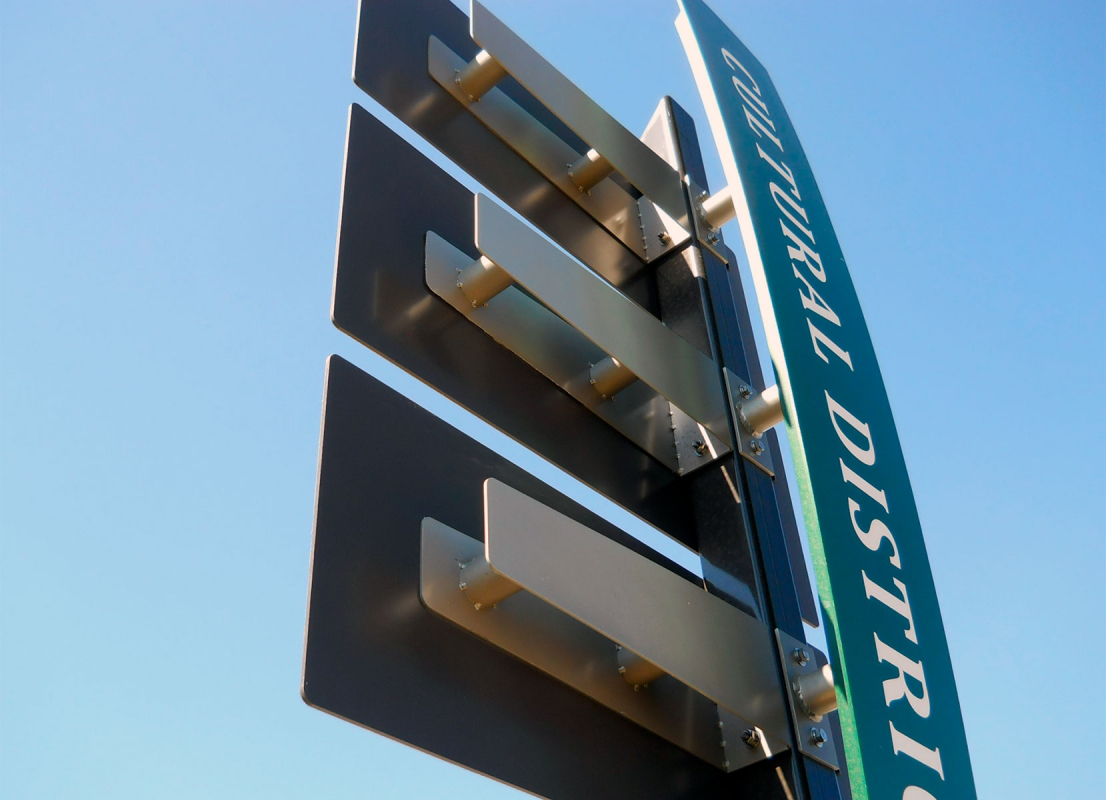 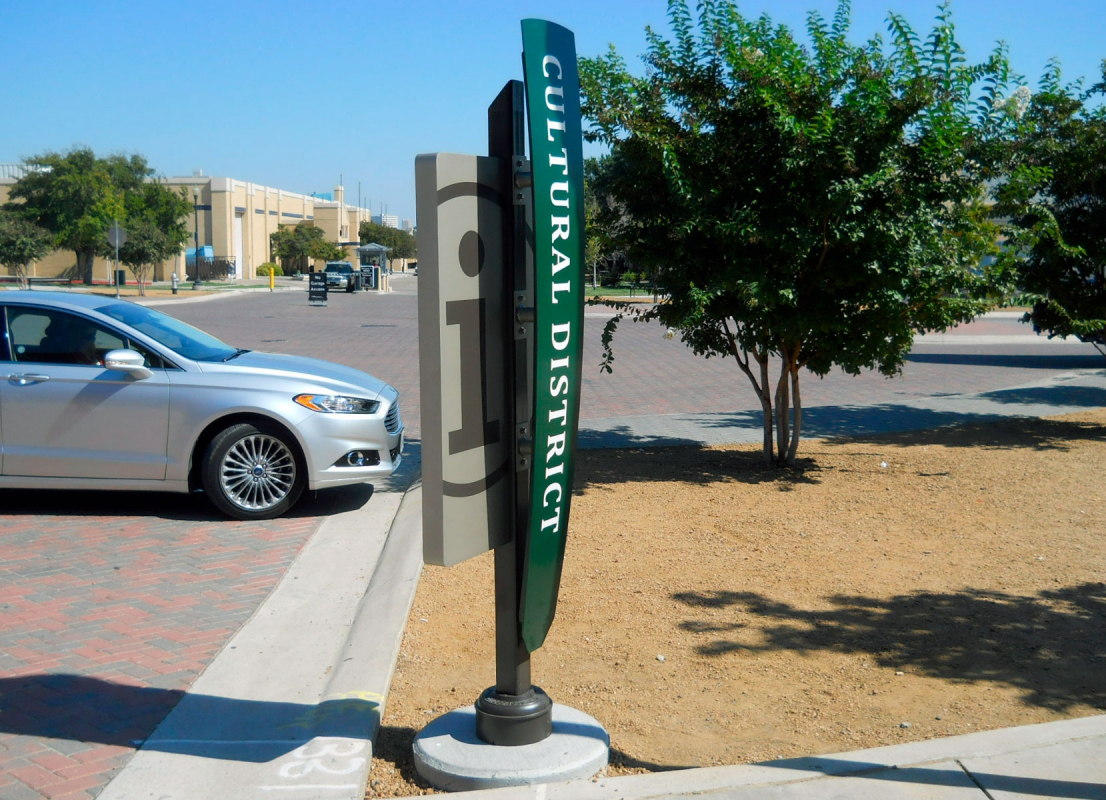 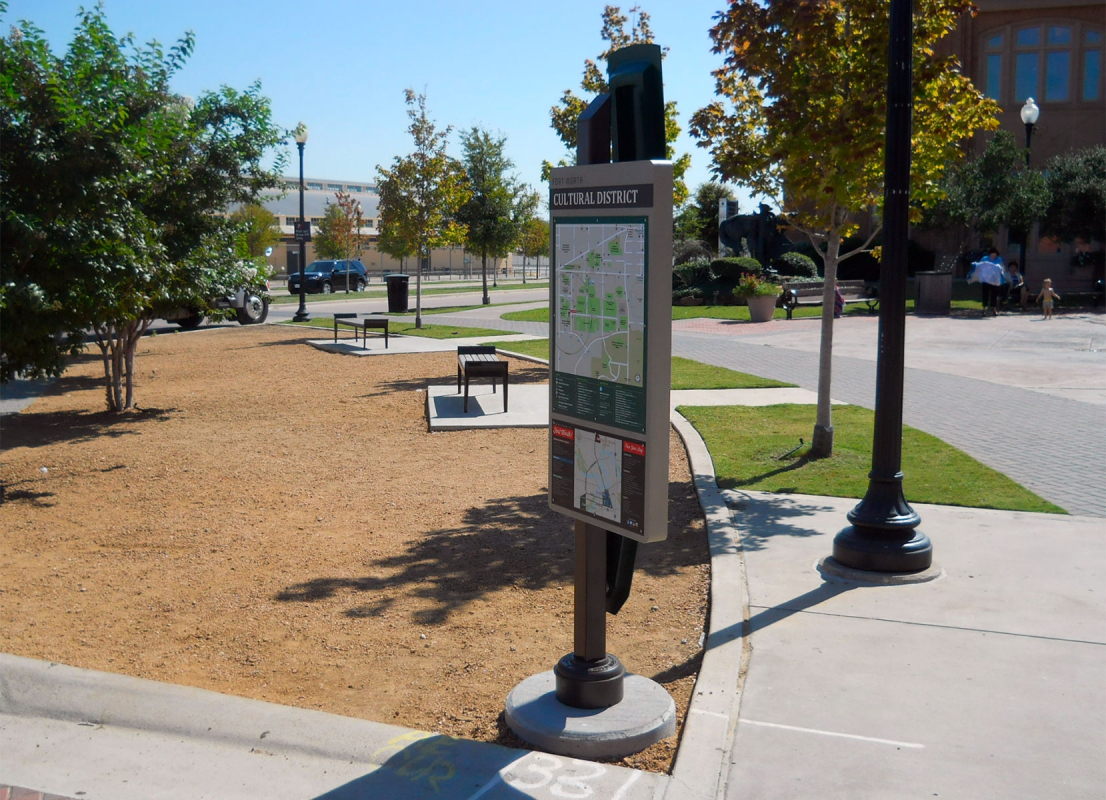 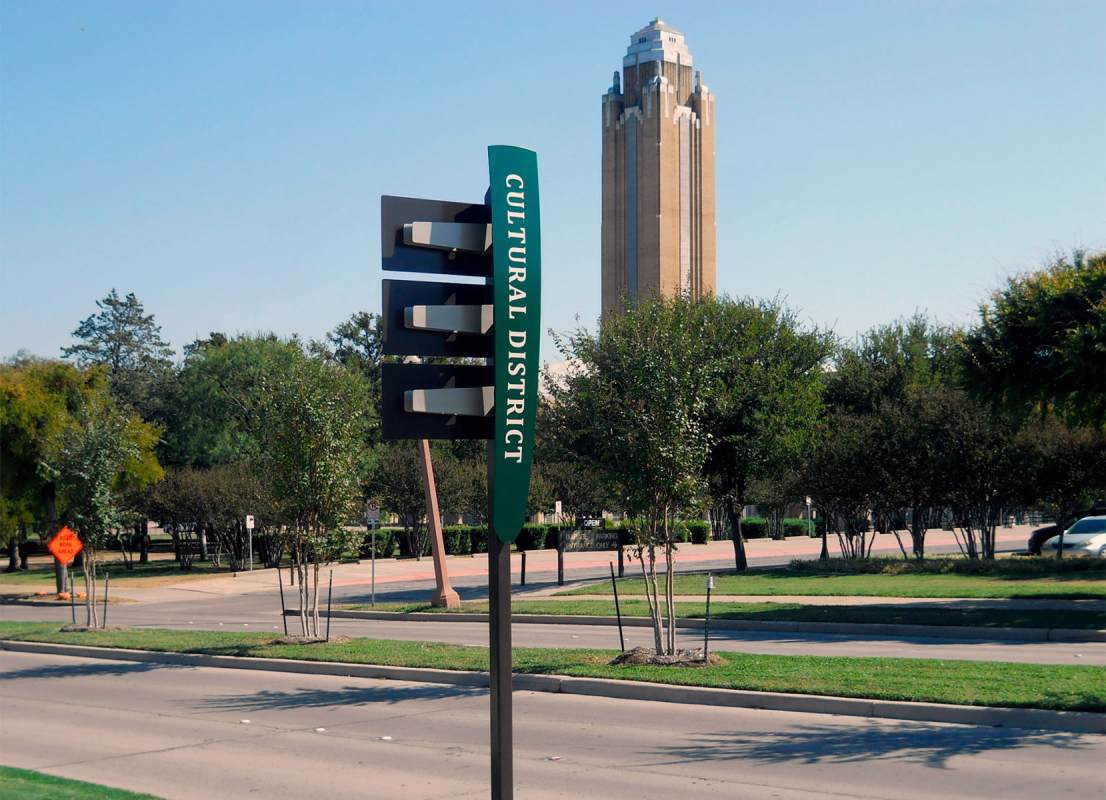 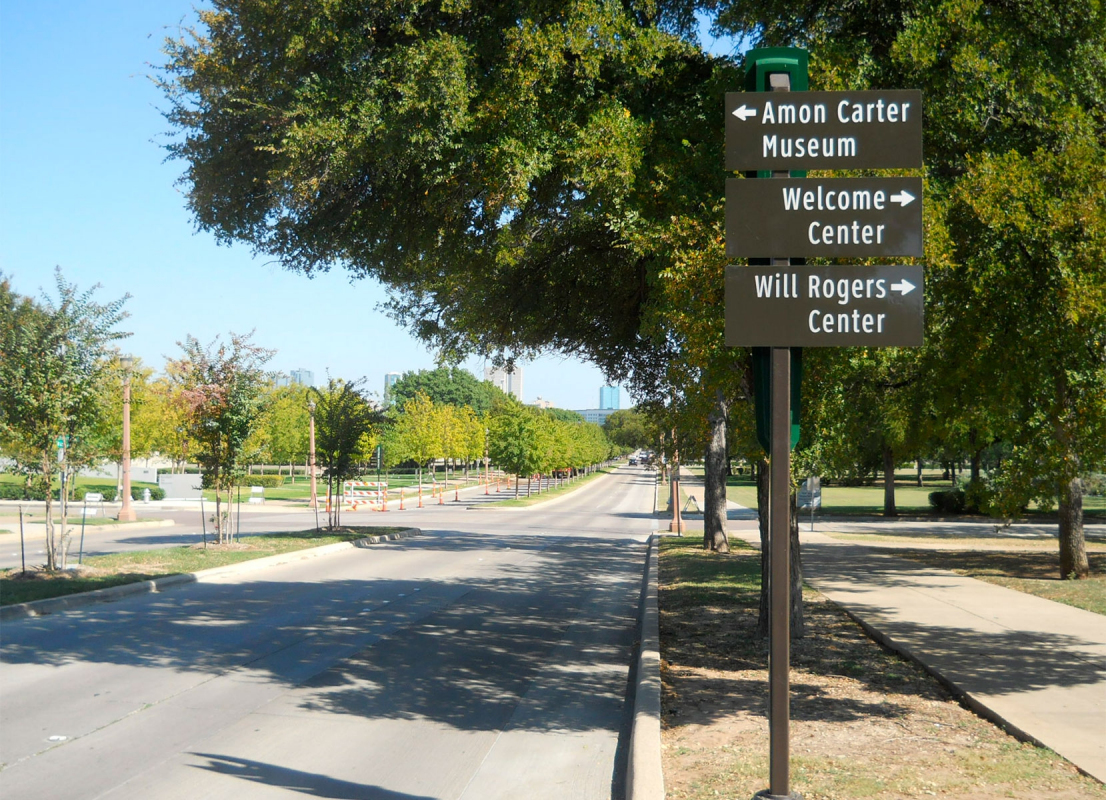 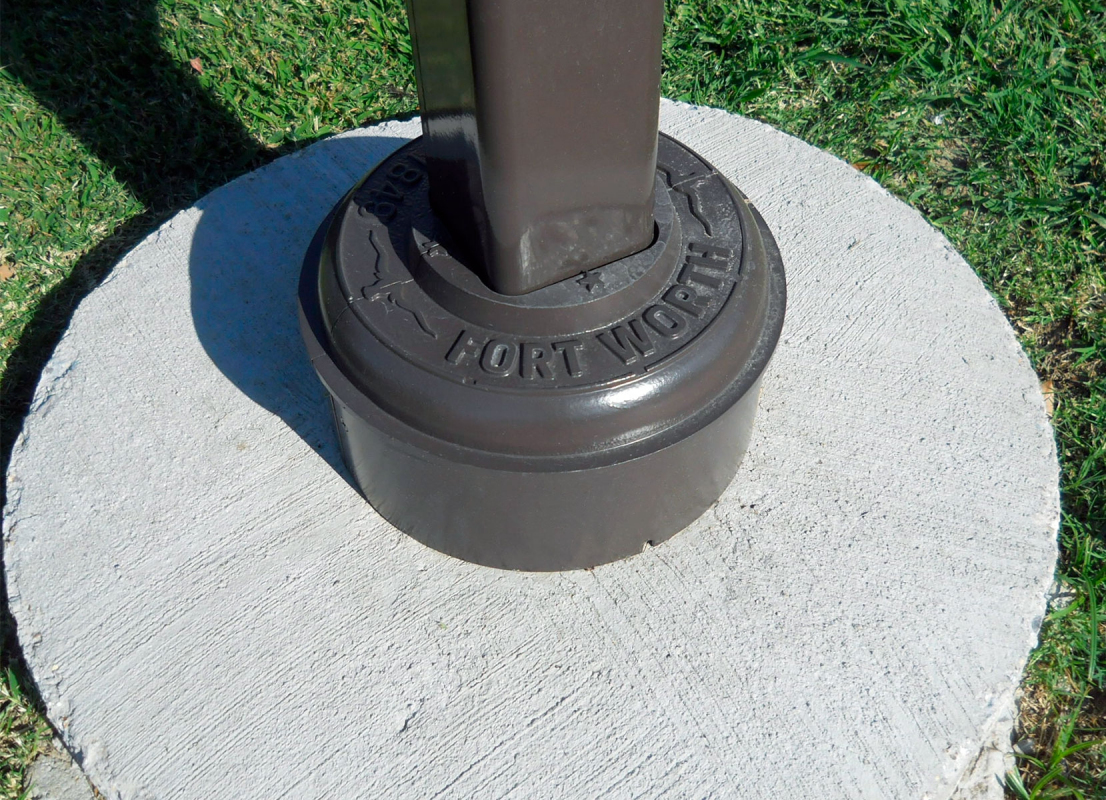