Ann Arbor is not your typical college town. Home to the University of Michigan and a vibrant arts community, A2, as it’s known locally, offers many cultural attractions. One question visitors have is “Where does the university end and downtown begin?” The wayfinding system needed to clarify this, then distinguish between four unique districts.

Corbin Design and the city’s Downtown Development Authority, working with community leaders over a series of meetings, helped to conceptualize the verbal and visual logic of the program. Since many university buildings are also key cultural venues, the city adopted detailed requirements for their appearance on signage, helping to define the integration of “town and gown” to the estimated four million annual visitors.

A grassroots effort by the local design community provided critical input that we used to further refine the design of the signage elements, helping them better conform to the streetscape.

The wayfinding program includes recommendations to the Michigan Department of Transportation on directing people into town from major highways. The logic continues as drivers progress to downtown districts, directing them to park, civic and cultural destinations. Once parked, visitors can rely on a range of pedestrian elements that define what to see and do within each district. 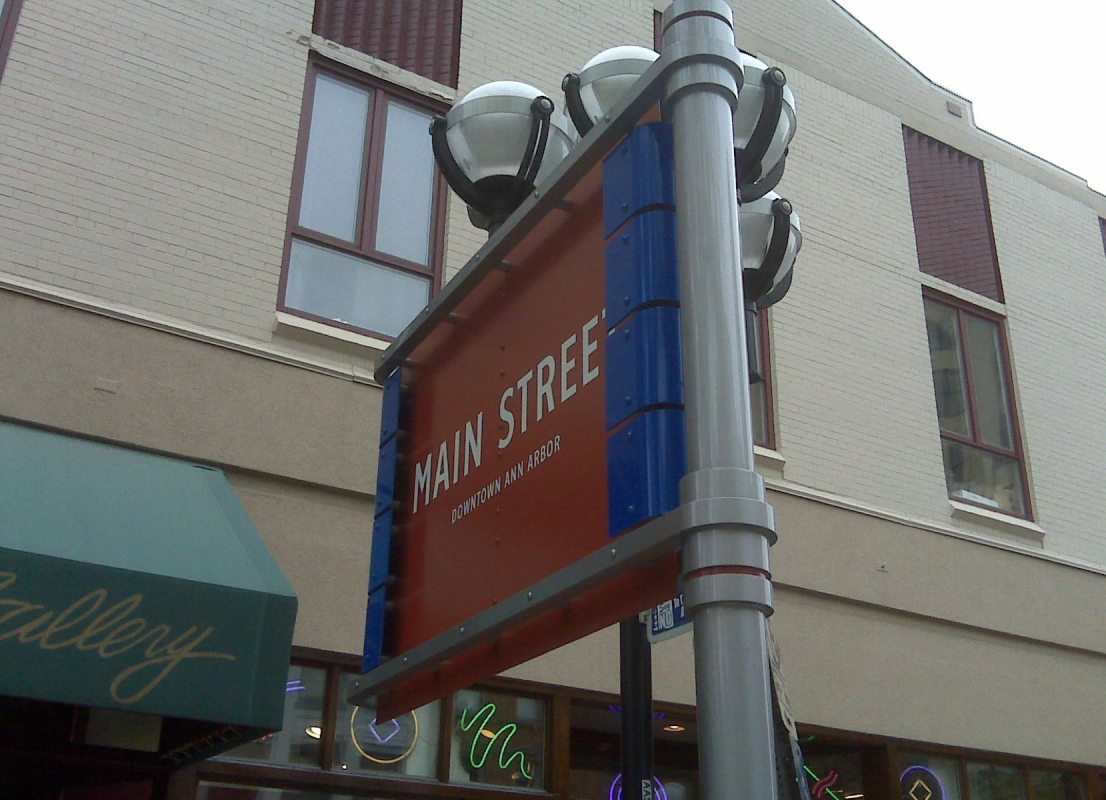 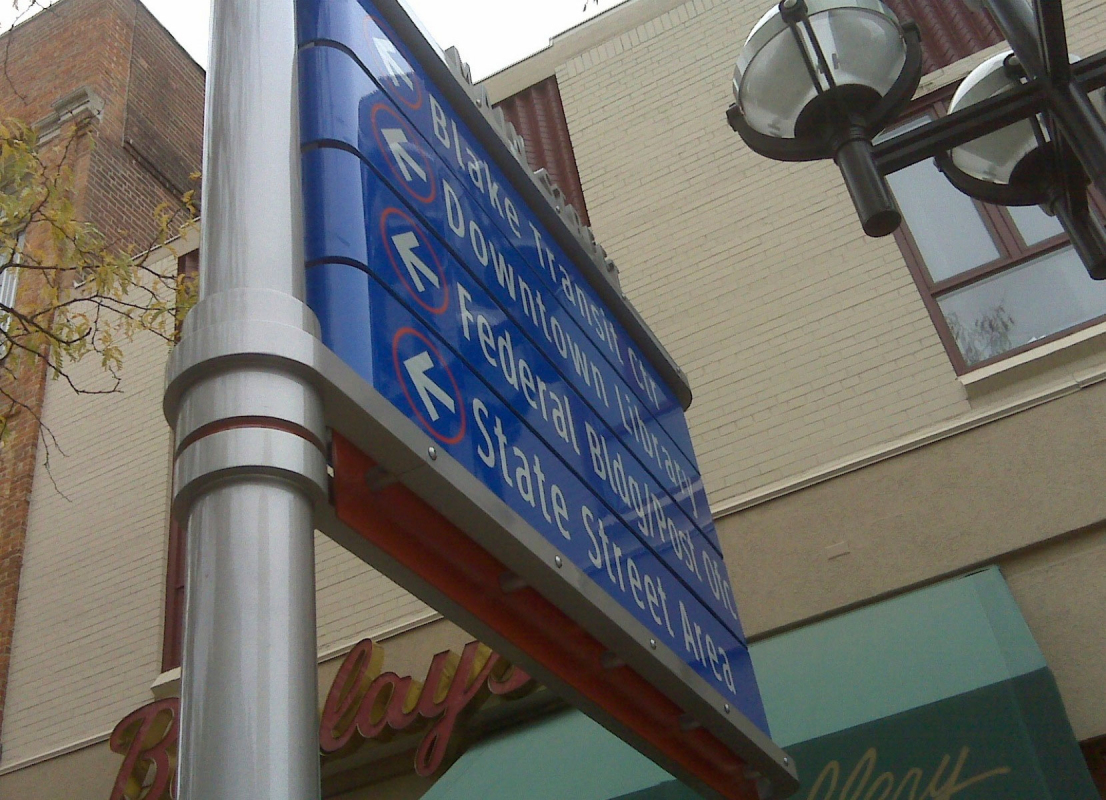 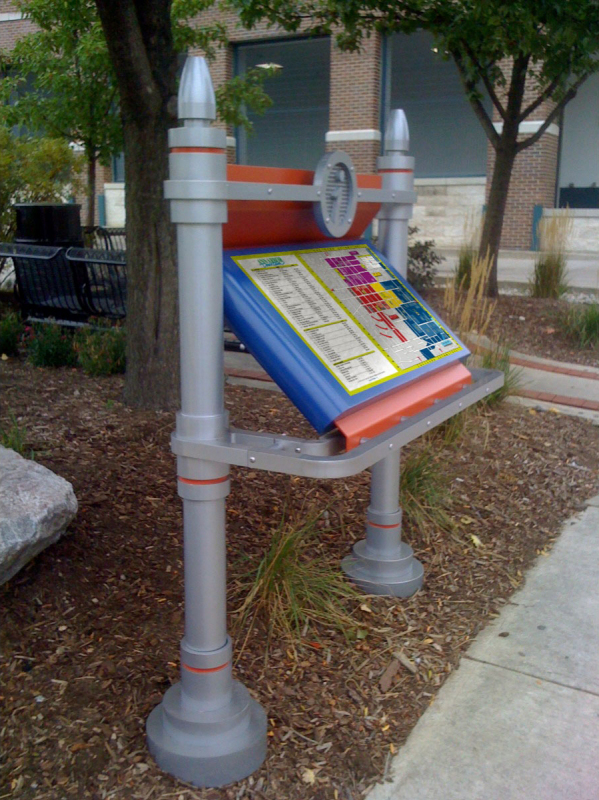 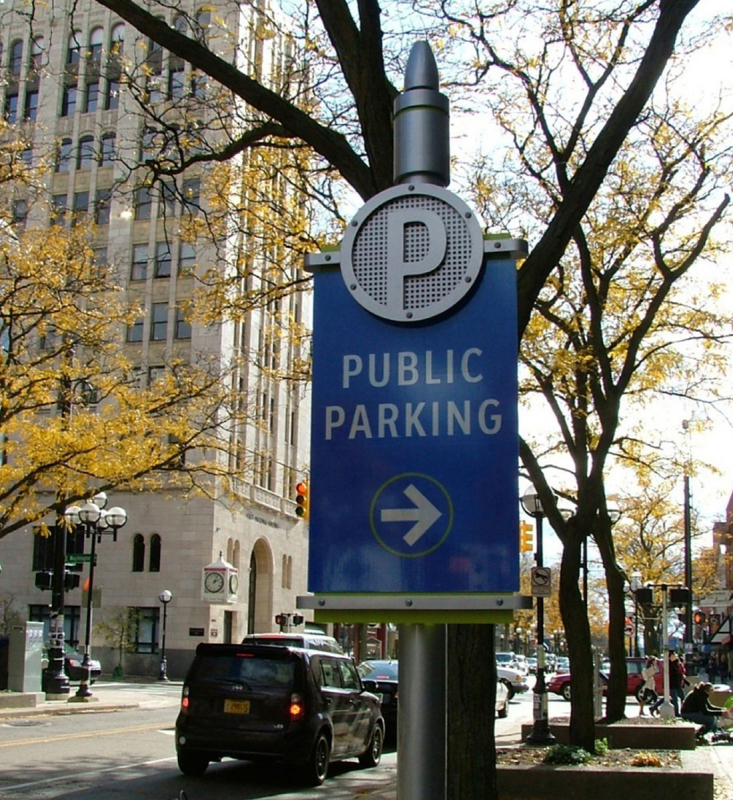 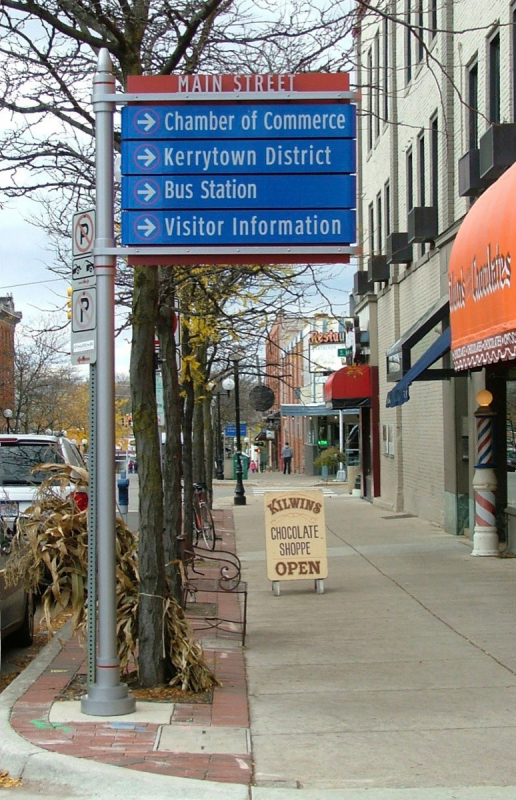 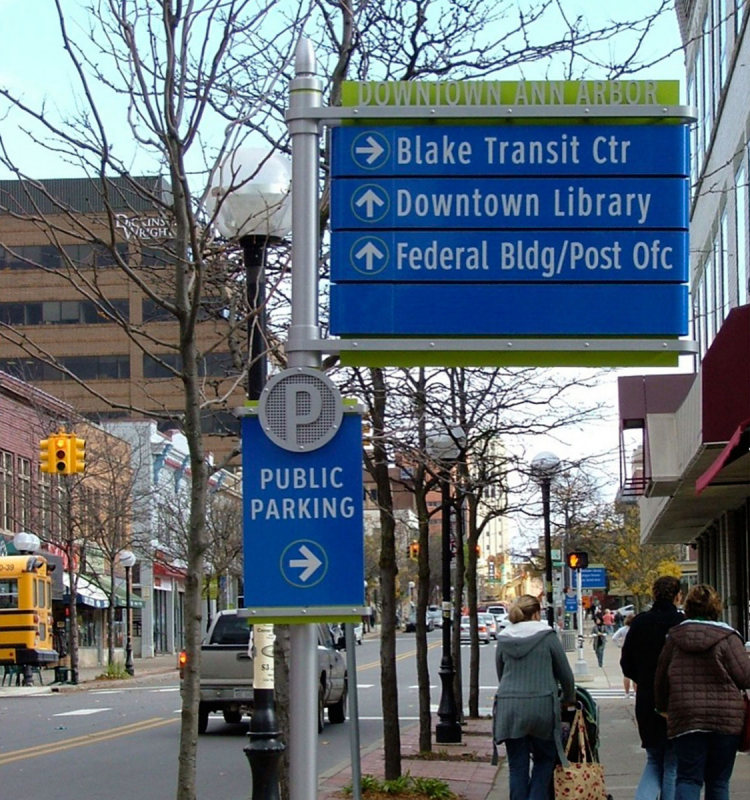